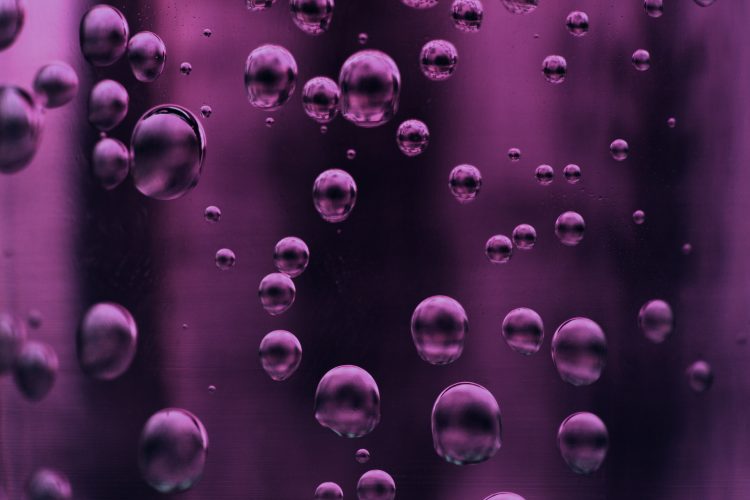 The brewing of cocktails has long been a fun hobby for mad scientists, particularly those with a flair for names. Duke of Norfolk Punch. Rumfustian. Bottled Velvet. Effervescing Lemonade. Cherry Shrub. Sighs of Love. Drink for the Dog Days. Tears of the Widow of Malabar.

These particular cocktails come to us courtesy of ‘Professor’ Jerry Thomas and his 1862 Bon Vivant’s Companion, aka How to Mix Drinks.

Oft called ‘The Father of American Mixology,’ Thomas – owner of multiple New York City saloons – was particularly creative in his choosing and mixing of ingredients. The 27thentry in his Bon Vivant’s Companion was Amour Sans Fin, or Love Without End. It requires 36 drops of otto of roses, 81 do. of oil of Neroly. 108 do. of cloves are to be dissolved in 27 pints of 95% alcohol before welcoming in 53 pints of plain white syrup.

But The Professor was best known for his Blue Blazer cocktail. ‘The novice in mixing this drink,’ he warned, ‘should be careful not to scald himself. To become proficient in throwing the liquid from one mug to the other, it will be necessary to practise for some time with cold water.’

This seems like a good place for a: don’t try this at home!

Thomas’ 19thcentury acolytes were to first set out two large silver-plated mugs. With handles. Next up: 1 wine-glass of Scotch whisky and 1 do. of boiling water. ‘Put the whiskey and the boiling water in one mug, ignite the liquid with fire, and while blazing mix both ingredients by pouring them four or five times from one mug to the other, as represented in the cut. If well done this will have the appearance of a continued stream of liquid fire.’ 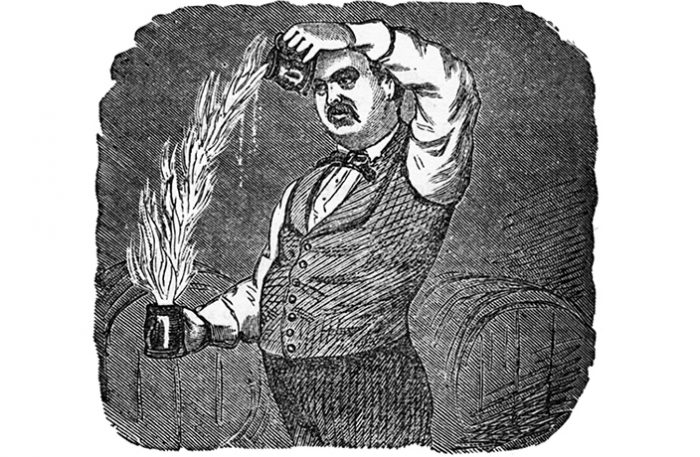 Those who survived the stream of liquid fire were to sweeten their potion with one teaspoon of pulverized white sugar, pour the whole lot into a tumbler, and top with a piece of lemon peel.

The Professor lost his fortune and his saloons when he ventured into playing the stocks on Wall Street. But, his Bon Vivant creativity and scientific approach continues to influence bartenders today.

If you’d like to see some of Vancouver’s top bartenders experimenting with the chemistry of cocktails, visit them at Science World’s annual fundraiser: The Science of Cocktails. It’s on February 7th, 2019, but sells out quickly.

These Science World bartenders might adopt the philosophy of The Professor. ‘To the liberal patronage and favorable consideration of his friends and the public at large, he most respectfully submits the result of his labors.’