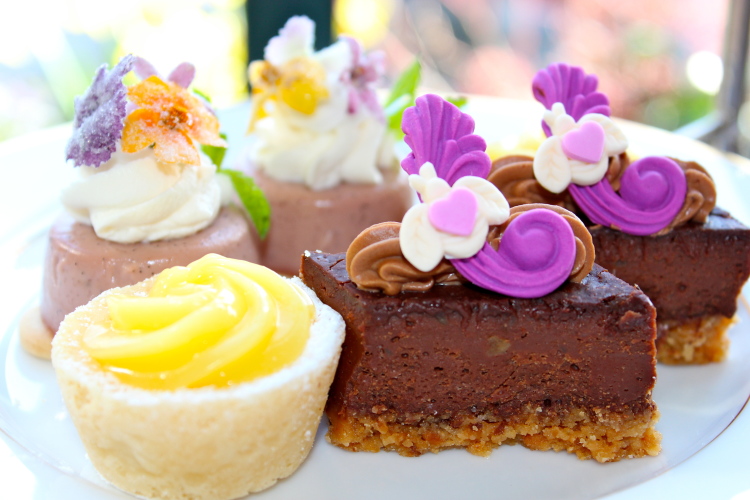 These impossibly delicious options are courtesy of Lysanne Sweeney, Head Pastry Chef and Kitchen Manager at the Secret Garden Tea Company. “I have been working here for the past ten years, which is the longest I have ever been anywhere in my career. It’s unusual in the field for anyone to stick around so long.”

This is an endlessly creative job that Sweeney clearly loves. “High tea is where I get to create a lot. It has to change every two months. I try to do new recipes every time; it can be difficult.” There are certain rules that Sweeney must follow in concocting goodies for high tea. “It can’t be sauced. You have to be able to pick it up with your fingers. It has to be able to sit on the table. I’m always testing out recipes. When they work, it’s fantastic.”

Over her 23 years of making pastries, Sweeney has built up her own little black book of basic recipes. “I’m always tweaking them – adding this, subtracting that. Trying something completely new.” Once she has done her testing, she will bring in the Secret Garden Tea Company owners – sisters-in-law Erin and Kathy Wyder – for a tasting. “Most of the time it’s a go, but not always. You are working at the mercy of the texture and temperature of the food, what it wants to do.” 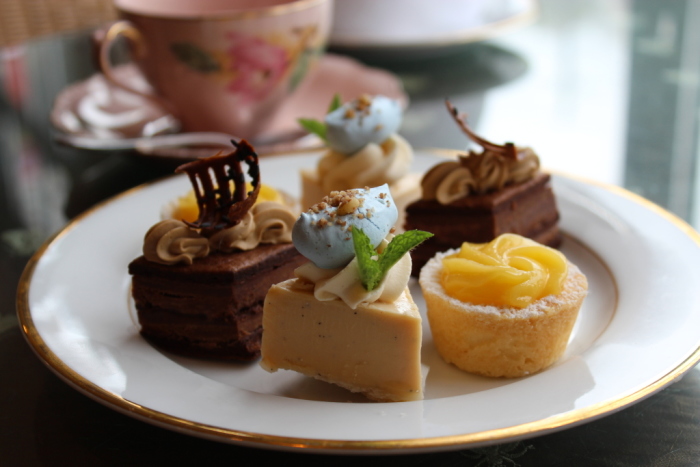 This is the type of sweet creative freedom Sweeney could only dream of when she first enrolled in the pâtisserie program at L’Institut de tourisme et d’hôtellerie du Québec in her home town of Montreal. “The first thing the teacher told us is: ‘if you don’t love this field, then don’t stay. The hours are long, the pay is low and it’s physically hard.’ I didn’t believe them. There is no way a field could be like that.” As she went on to discover in some of her early work experiences: “it was all true.”

It was an intensive training program. To earn her diploma, Sweeney did a year and a half of general pastry studies then a half a year of specialization. “I had a choice between sugar, marzipan or chocolate work. For some reason, I chose the hardest – sugar work. No one does it anymore; only in competition. It’s a lost art. Frankly, I find it quite tacky, but the difficulty is way up there. It was all trial and error. Some of it worked, some of it didn’t work, but it was fun.”

Sweeney went on to pastry work at the Ritz Carlton in Montreal and Pâtisserie de Gascogne. “It was quite a large pastry shop. One department did the baking, one did the mousses, one made the ice cream. At that time in Montreal, there weren’t that many shops like that.”

She and her husband decided to move out West to try something new – first Victoria, then Vancouver where she started at the Moustache Café. Next came the Four Seasons and Opus Hotels. Most of her stints were two or three years – standard in the business. But, hotel/restaurant hours are notoriously long and, after so many years, Sweeney was ready for a change.

“I was going to do a wholesale business, to sell desserts to places that didn’t want to bother with making them. I was going to focus on home-style items which tend to be what sell the most: brownies, rocky roads, good lemon bars.”

She had built her business plan, found a location in Burnaby and worked successfully with health inspectors. “But then, red tape happened. They wanted me to change the plumbing access to the unit I was in. Because the main pipe was at the other end of the building, I would have to pay for drilling through all the units. I couldn’t do that. I stopped. I was tired. I didn’t want to be in the field anymore.”

Nevertheless, Sweeney did need to work and she spotted a Secret Garden Tea Company pastry chef ad in the paper. “I did my interview. Later, when they hired me, Kathy and Erin told me that I looked haunted, like I’d been run over by a truck. I had all of this experience, but I looked dead. They decided to give me a chance.” And, she is glad she took it. “I feel so supported here.” 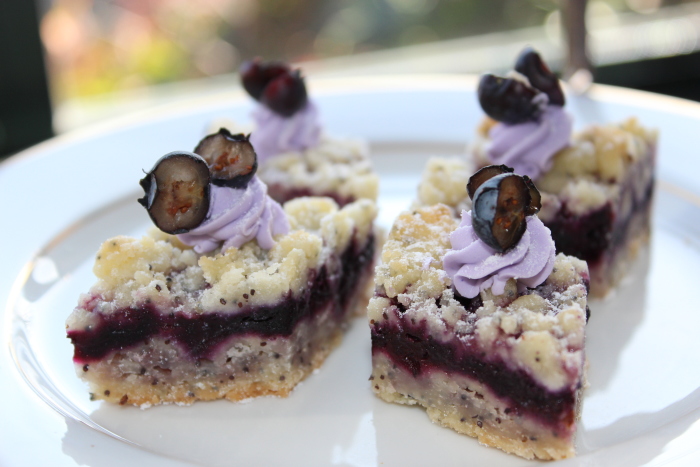 Ten years later, and she still looks forward to work. Her job involves administration and supervision, but she also holds shifts at the pastry table. Because Sweeney is testing her baking all day long, she doesn’t spend a lot of her extra time gobbling sweets. If she must choose an ongoing favourite, it might be the coveted vanilla bean chocolate chip cookies. “We can’t keep those in stock. It’s the mixture of salty and sweet. Most people like that. When I was growing up, no one used unsalted butter. Sweets used to be salty. It’s very comforting.”

Sweeney’s lemon tarts have been consistently popular through the decade. “We could never stop making them. The mini scones are our second most popular. We discovered over the years that our basic scone recipe is important, but how we make them is more important. It’s quite a long process. We can’t just make a big batch. Whoever opens at six in the morning, they are making mini-scones for the first two hours. Make the dough, cut it, re-roll it, let it rest. If we cut right away, it’s too tough. It’s a labour of love.”

Are there any ingredients that Sweeney finds to be particularly delicious in Vancouver? “Concord grapes were a good discovery. Texture-wise, I have never had that sensation. The middle squirts out, the skin is all types of flavours. The bitterness and sourness; the middle is kind of sweet.” Sweeney is also entranced by Vancouver cherries. “The cherries are quite delicious, but their season is short. We have used them on special occasions, say in Mother’s Day panacottas or combining them with chocolate mousse.” 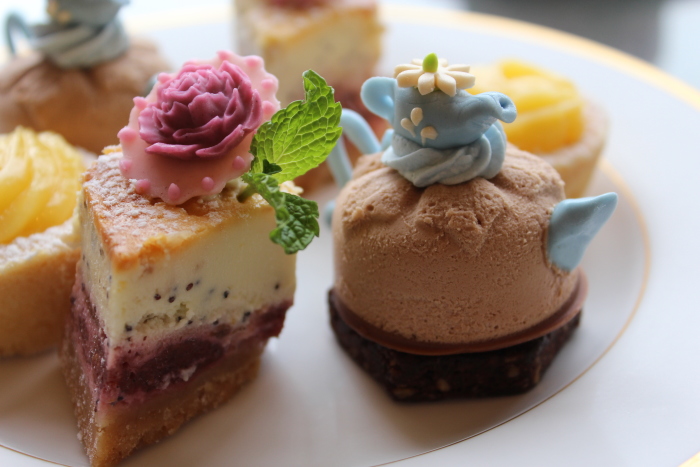 Are there any recipe books that Sweeney would recommend for everyday use? “I have a Laura Secord Canadian Cookbook from the 60’s. It’s based on recipes across Canada.” In it, you’ll find recipes for Blueberry Grunt, Maplewood Doughnuts, Quebec Sugar Pie, Butter Tarts. “The basic recipes in that book are excellent, the cookie recipes are excellent, the fudge recipe is amazing. They are very simple, and very good.” 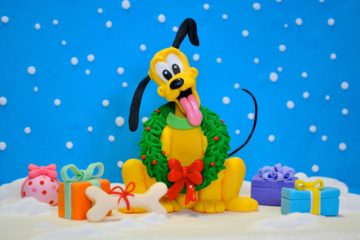 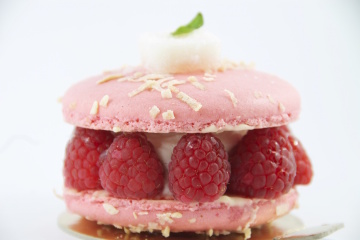