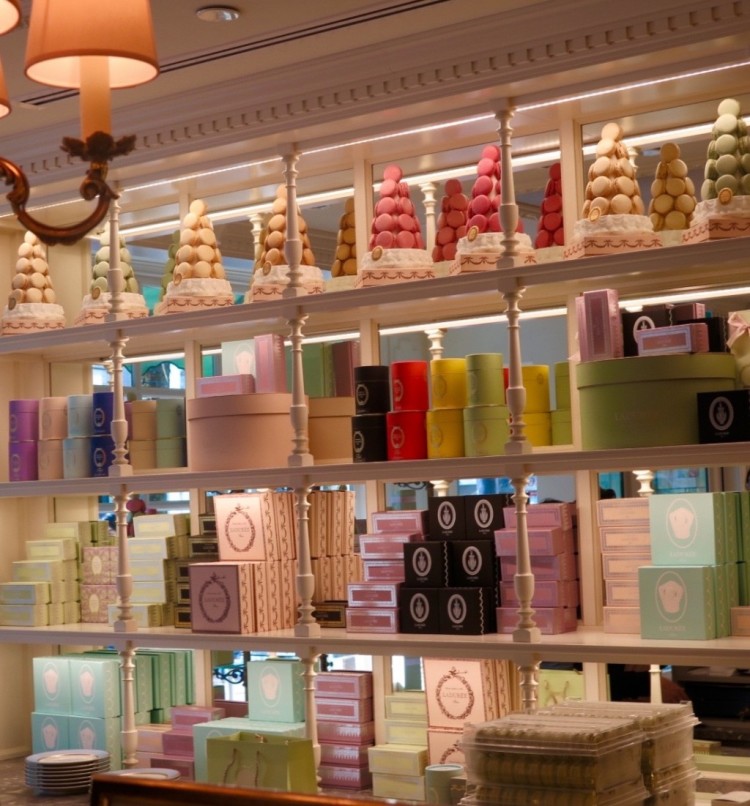 As I make my way to the newly opened Ladurée Vancouver, I spy a line, east of Burrard, on Robson. People are sitting on foldable chairs, behind red velvet ropes. I had heard about the three hour Ladurée lines last week, but this would be madness. The macarons are blocks away.

As it turns out, this line is for another brand that has Vancouverites clamoring: Tesla. Elon Musk fans want to get their $1,000 deposit down for the as yet unveiled Model 3 electric cars. It’s Elon’s turn; we’re into big items. Perhaps the Ladurée lines are a thing of the past?

No such luck. A few blocks west, people are still queuing for Parisian macarons, though this line times out at about forty minutes. It is a conspicuous waiting process. Passersby are incredulous:

“What are they lining up for?”

“How long have you been waiting?”

“Why don’t they come back next week?”

“Why don’t they go somewhere else?”

Meanwhile, the macaron-wise are posing for pictures as they enter and leave the store. A couple of people cannot be bothered to wait in line, but do pose at the door for pseudo-exit selfies. Been there sort-of, done that sort-of. 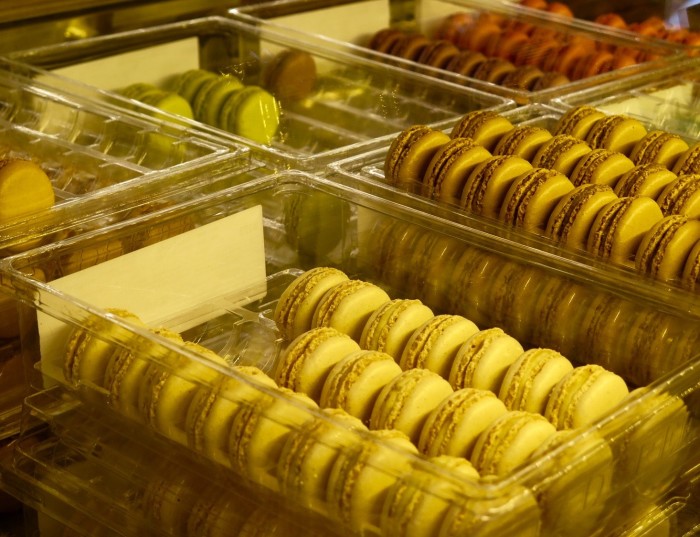 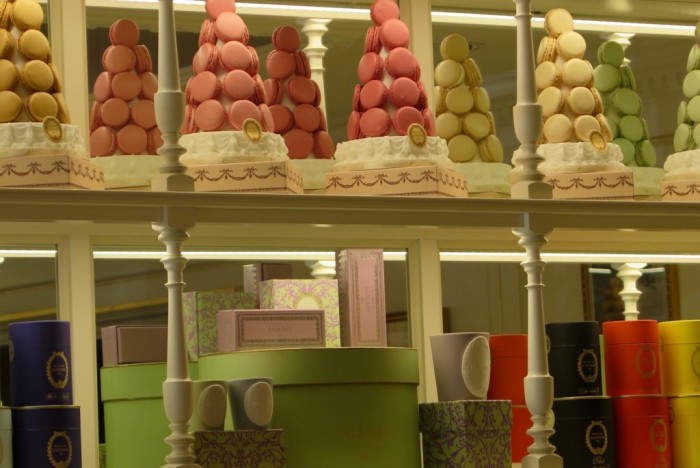 When we do make it in, we are greeted by smiling salespeople and beautiful Ladurée packaging. Violet tea? Now that sounds good. Colourful Macarons are everywhere – in pyramids near the ceiling, in display cases at front, near quavering mouths in the salon.

It was in 1862 that Louis Ernest Ladurée opened his first Paris bakery at 16 rue Royale. In1871, the bakery was converted into a pastry shop after a fire. Now, in 2016, Olga Krakhmalyova has finally realized a dream: to open a Ladurée boutique and tea salon in her hometown of Vancouver.

Krakhmalyova had her first macaron in Monaco, eight years ago. She is in royal company: Ladurée macarons figured in the 2011 wedding of Prince Albert II and Charlene, now Princess of Monaco.

If you can’t bear lines, or the wait between visits, Thomas Joseph from Martha Stewart has filmed this video to help us learn how to make French macarons at home.