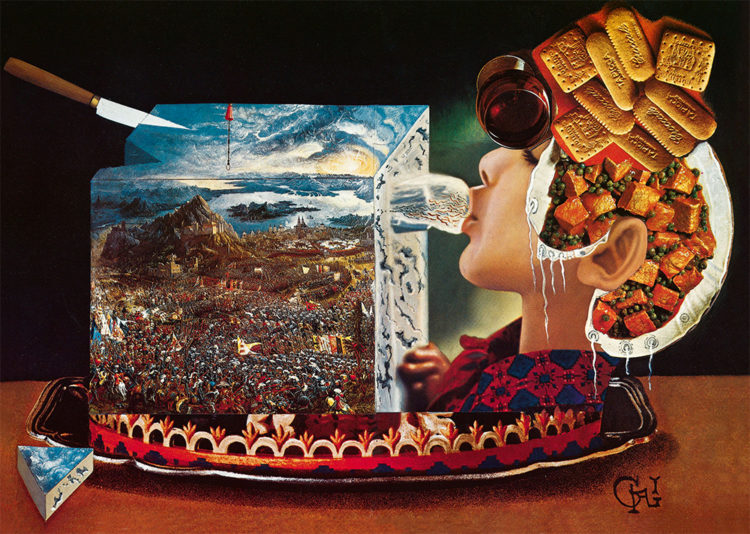 From paintings to sculptures, quiet reflections to outrageous pronouncements, books to plays to films, Dali’s career was anything but ordinary. It is Dali who introduced the world to melting clocks, lobster telephones and Mae West Lip Sofas.

From the beginning, Salvador and Gala assert that their book ‘is uniquely devoted to the pleasures of Taste. Don’t look for dietetic formulas here….If you are a disciple of one of those calorie-counters who turn the joys of eating into a form of punishment, close this book at once; it is too lively, too aggressive, and far too impertinent for you.’

The severely limited edition of Les Diners de Gala was near impossible to get until Taschen issued a reprint in 2016. 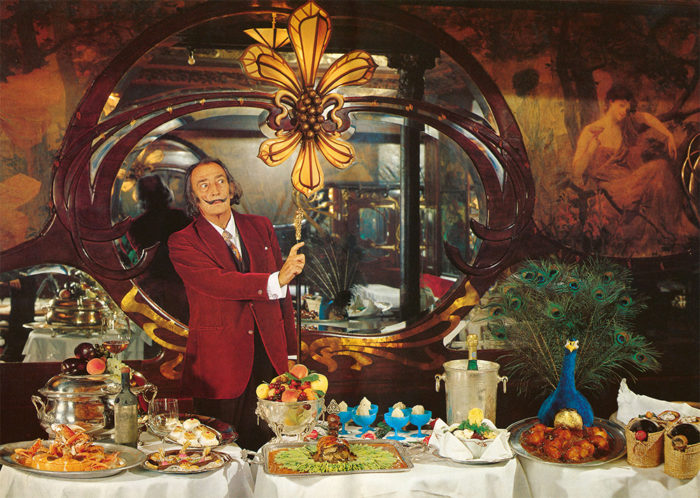 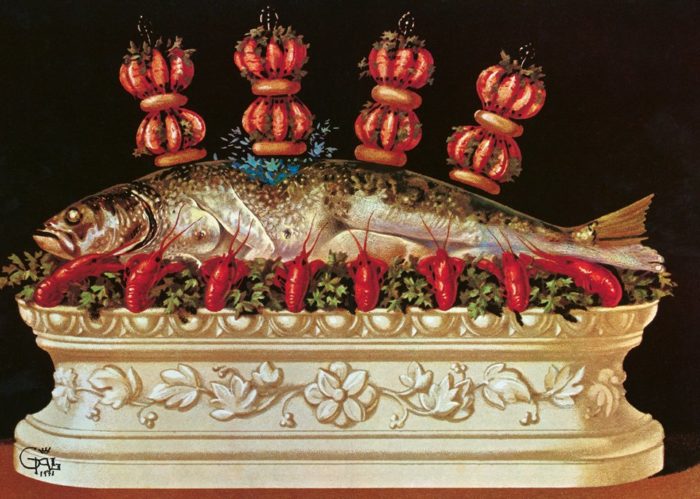 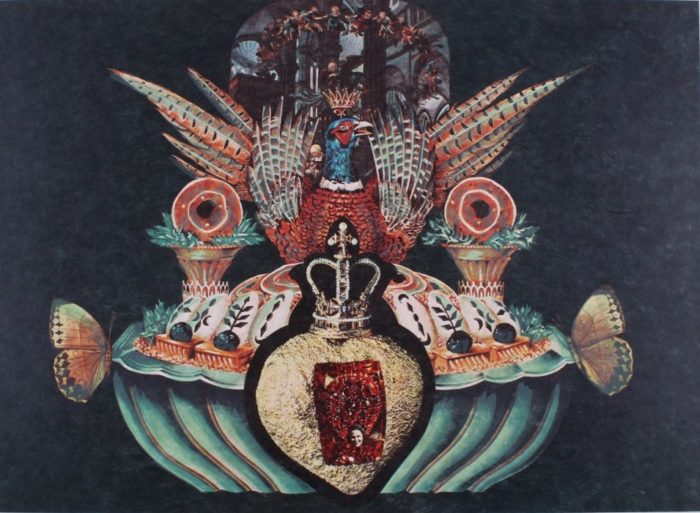 If the Toffee with Pine Cones have you buzzing, head down to Oakridge Mall to check out work by Dali, on display until October 1st and curated by Chali-Rosso Art Gallery. Some of the works you’ll see… 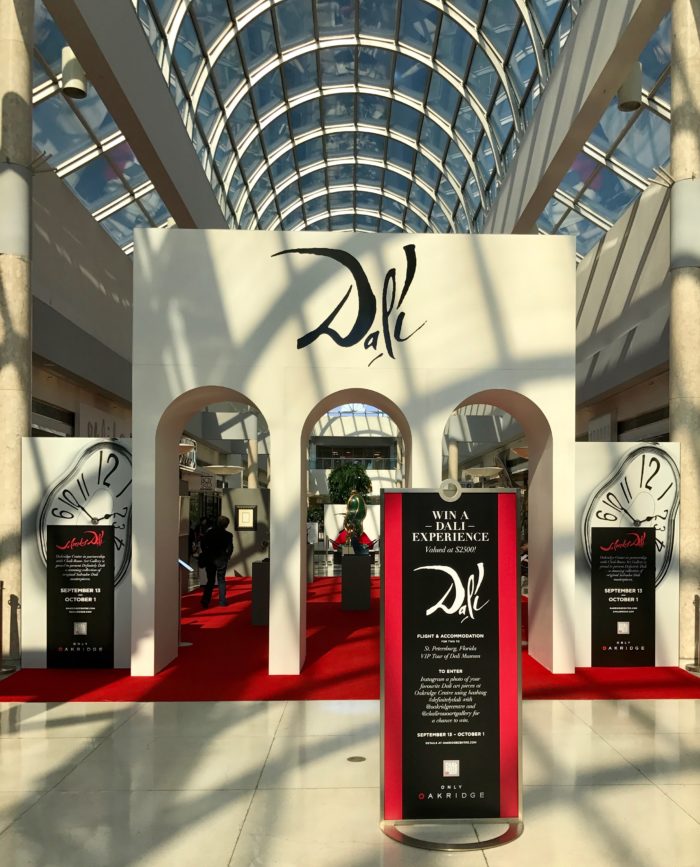 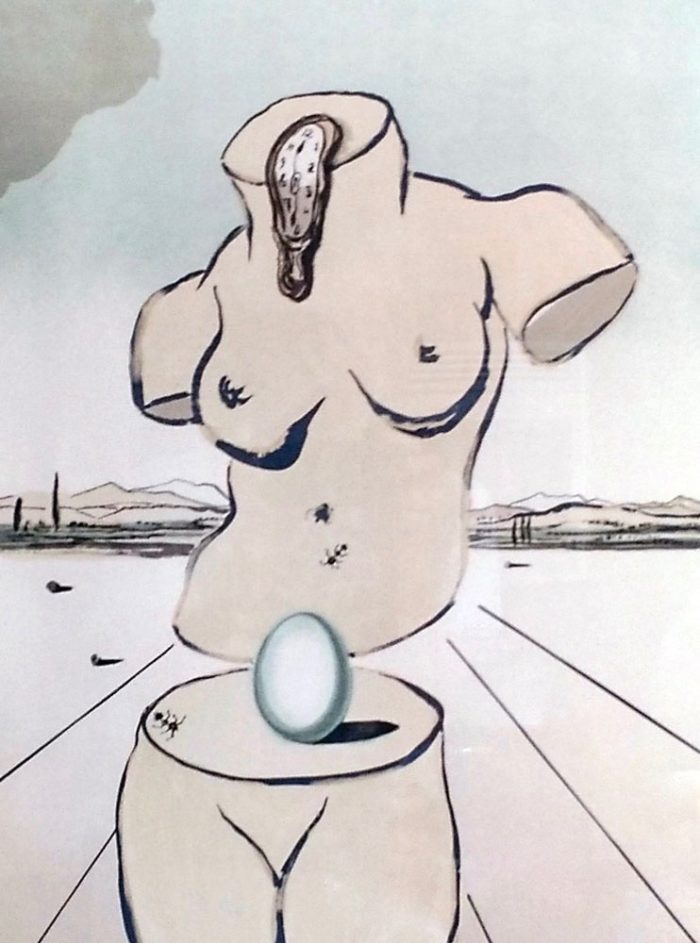 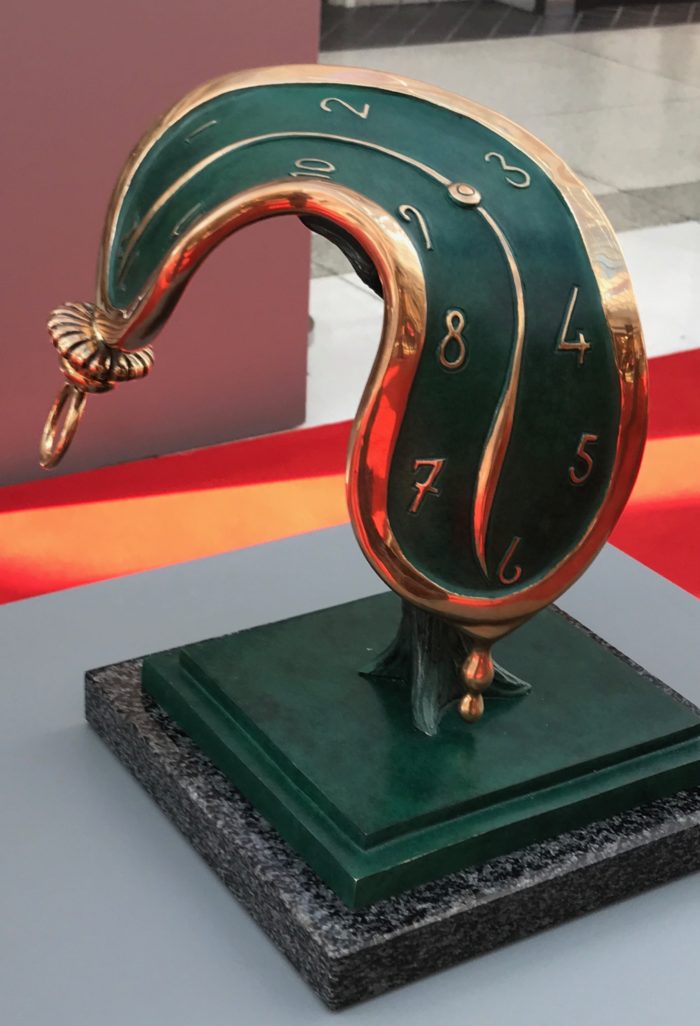 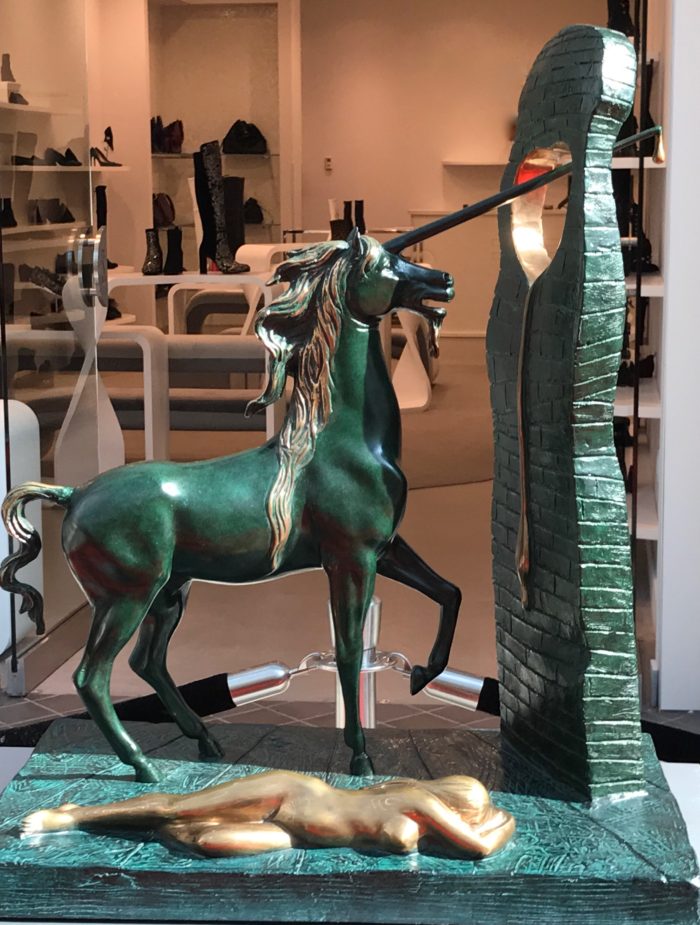 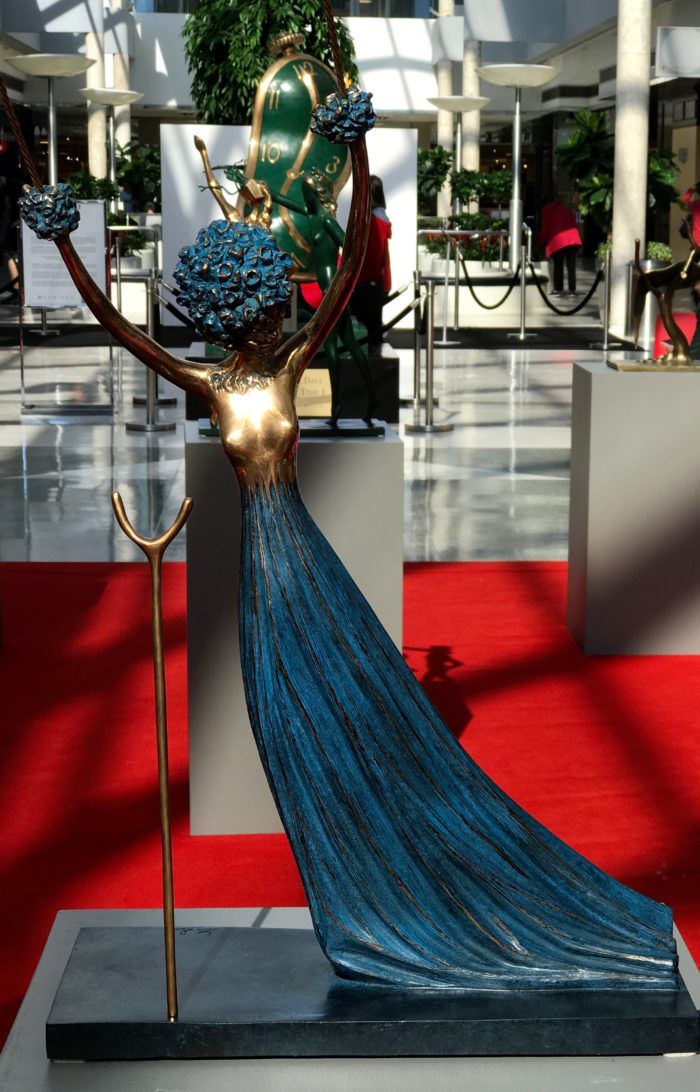 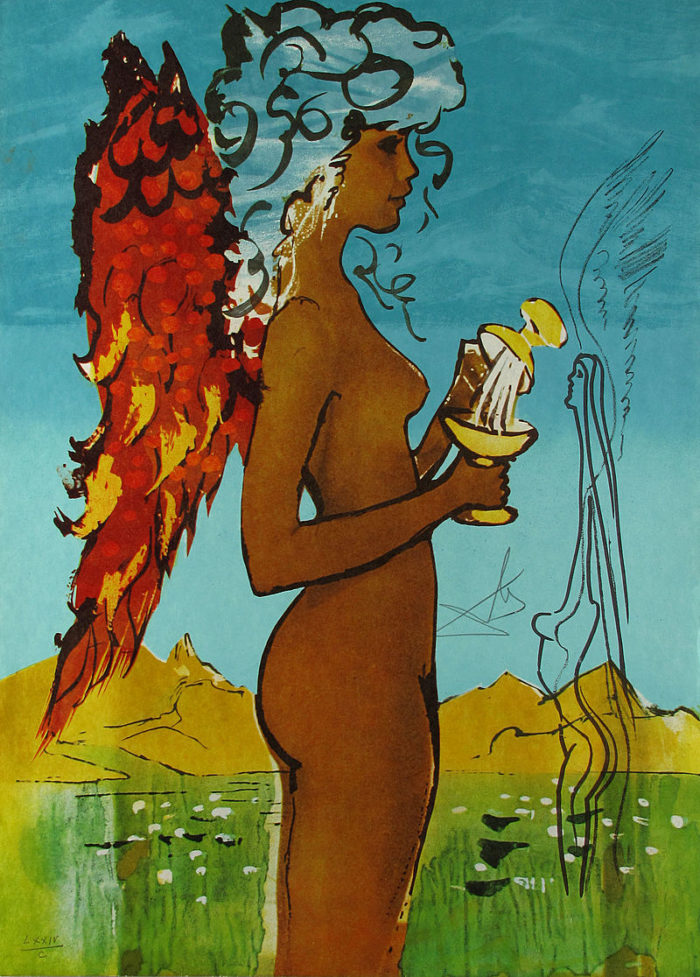 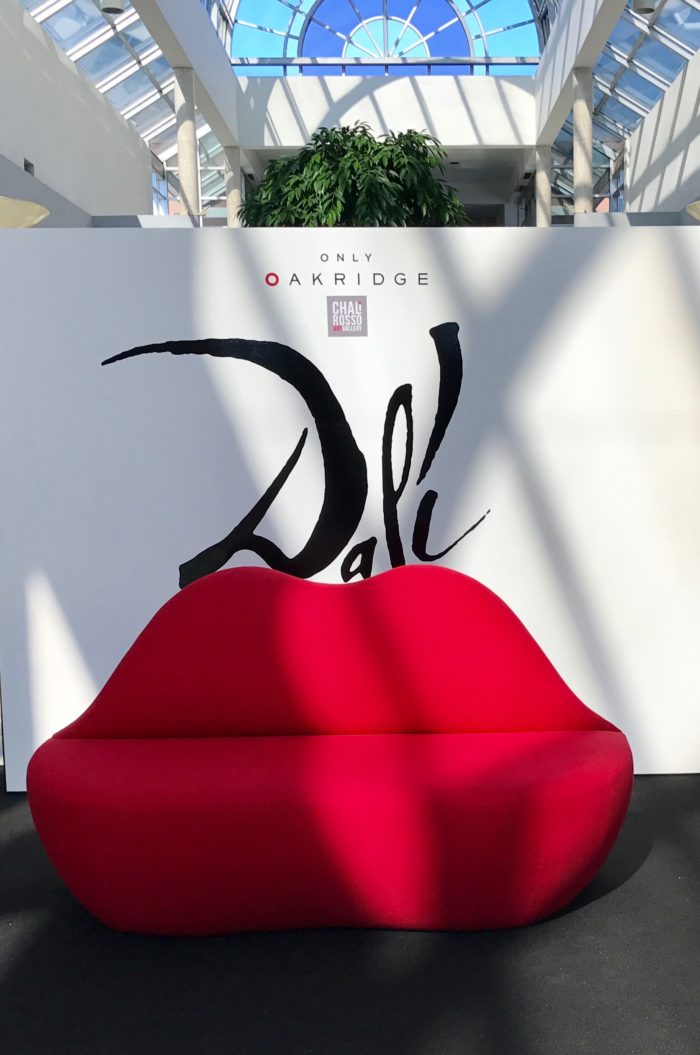