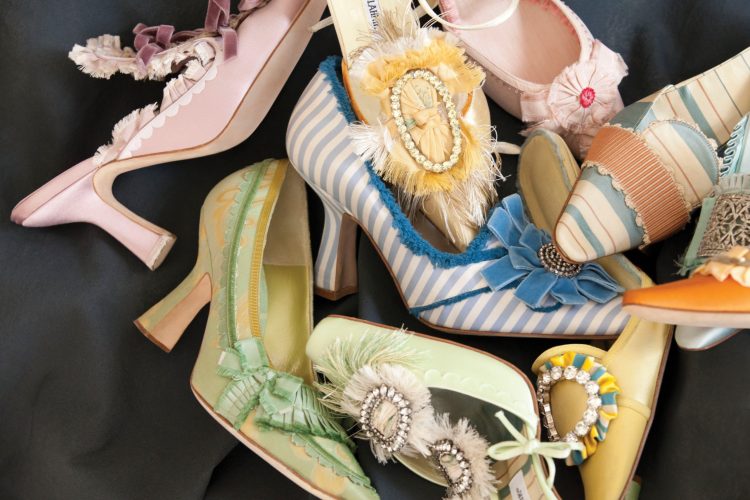 If you’re a shoe nut, you’ve heard of Manolo Blahnik. If you’ve followed Carrie Bradshaw down New York’s Sex and the City streets, you’ve seen the lust that Manolo Blahnik’s shoes can incite. If you’ve watched Marie Antoinette lounge about Sofia Coppola’s decadent sets, you might have lusted for some Manolo Blahnik’s yourself.

If you haven’t seen the 2017 documentary Manolo: The Boy Who Made Shoes for Lizards – still on Netflix at last check – it’s worth a watch to see how utterly the gifted Blahnik has devoted himself to beauty and his craft. Even as a young boy, Manolo spent his free time making tin foil shoes for the lizards in his childhood garden.

‘About half my designs are controlled fantasy,’ Blahnik says. ’15 percent are total madness and the rest are bread-and-butter designs.’

Well, perhaps the fanciest of breads and the softest of butters. Along with his onscreen nods, Blahnik’s gorgeous designs have been captured in a number of books. In them, he talks about other artists that inspire his work, such as Goya, Velázquez, Mondrian, and Pedro Almodóvar. 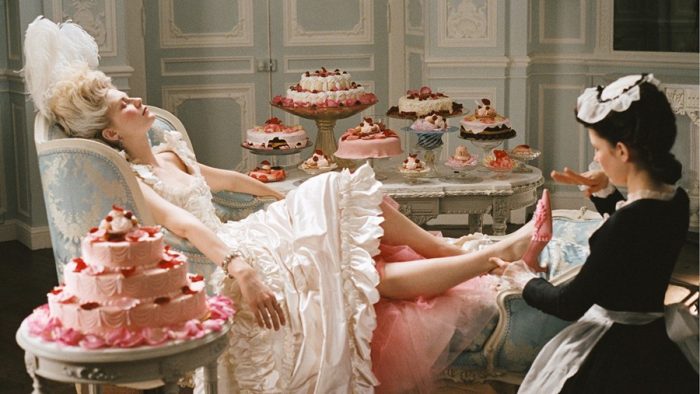 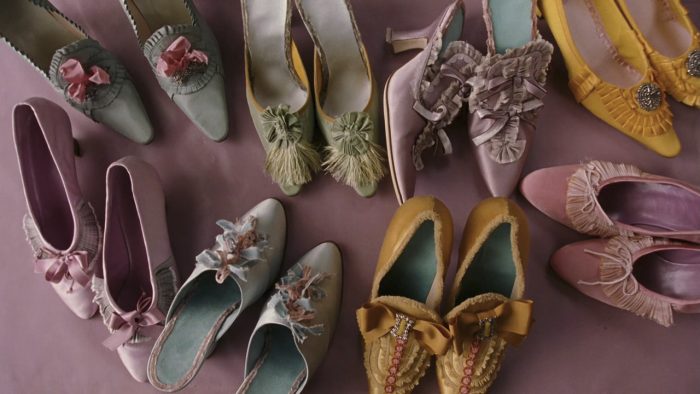 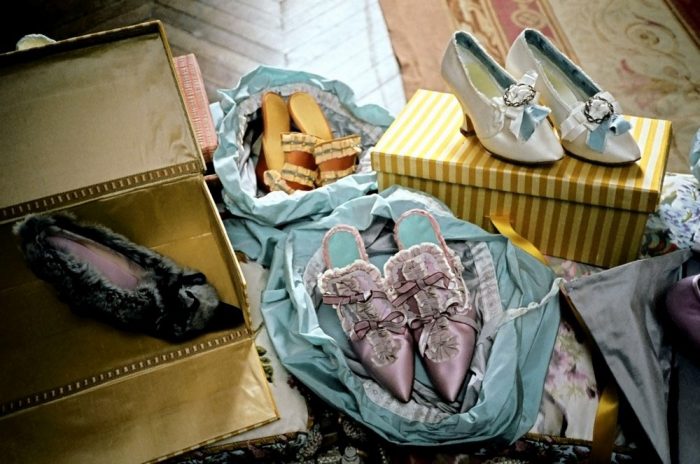 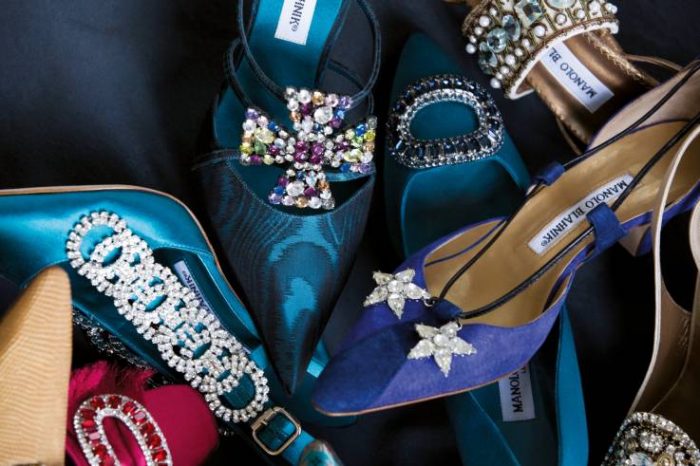 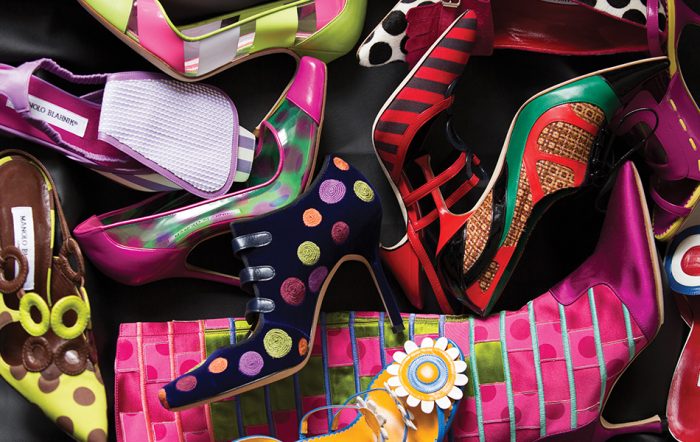 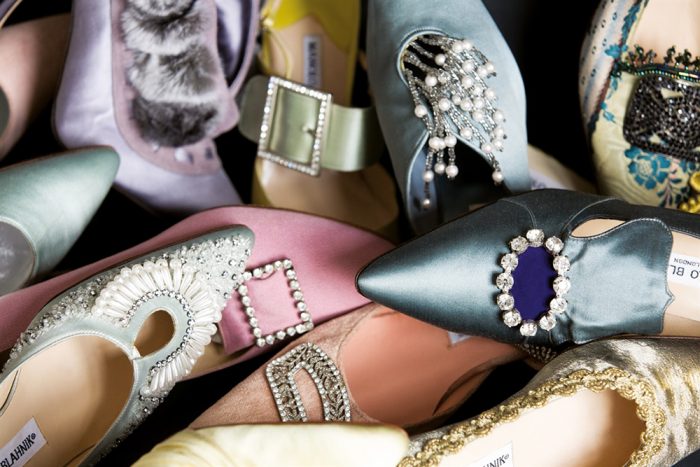 If you’re lucky enough to be in London this summer, you can see Blahnik’s Antoinetta shoe and more of his gorgeous creations at An Enquiring Mind, an exhibit now running at London’s Wallace Collection.

Blahnik has long been an enthusiastic visitor to this museum at Hertford House with its room after room of 18th Century paintings and household treasures. In a recent interview with Vogue, Blahnik talked about “this divine house, where you could discover so many objects. This house is unique in the world. There are eleven Fragonards…England should be jumping for joy to have such a thing here!”

An Enquiring Mind was curated by Manolo Blahnik and Dr. Xavier Bray, Director of the Wallace Collection. As you wander between the Wallace’s ten beautifully decorated rooms, you’ll find 160 pairs of Blahnik’s shoes grouped by themes, such as High Baroque in the East Drawing Room, Connoisseurs and Collectors in the Large Drawing Room, Love and Passion in the Oval Drawing Room and A Return to Simplicity in the Boudoir.

The Antoinetta shoe is displayed alongside Fragonard’s 1767 painting, The Swing. 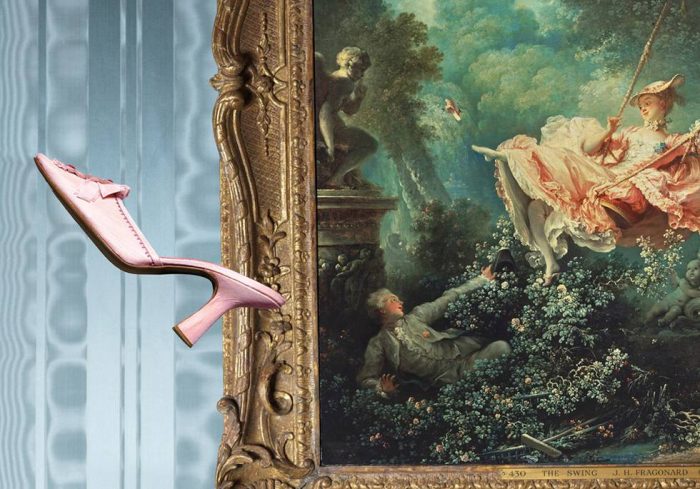 An Enquiring Mind runs until September 1st, and entrance is free!