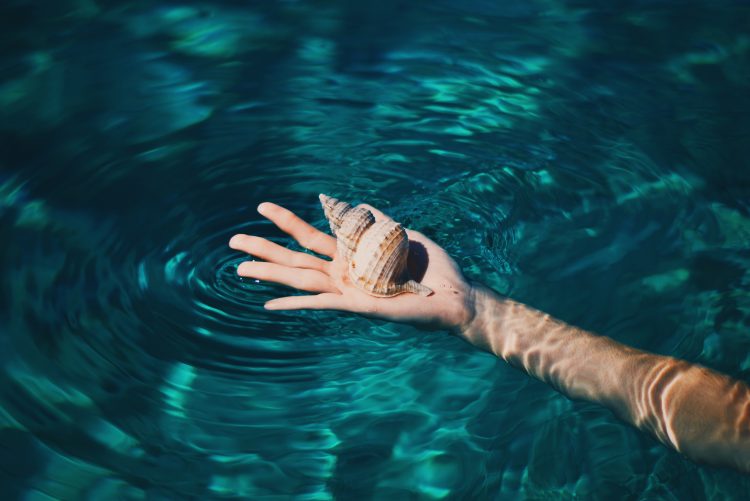 Gustav Von Mink is a busy man. He is ever thinking of new ways to feature his small batch chocolate: with kentucky bourbon and fresh mint in chocolate ganache, over bacon in hand speckled eggs, sparkling with mermaid-approved sea salt. Or how about some milk chocolate ketzels rolled through caramelized hazelnuts and filled with marshmallow?

So who is this Gustav Von Mink?

He may be up to three chocolate cafe locations in his name but, as it turns out, Gustav Von Mink does not exist. He is the fictional frontman for the real owner of Mink Chocolates: Marc Lieberman.

“When I first decided on Mink as a company and brand name,” he says, “my sister and I were having tea and she invented the company patriarch, Gustav von Mink, complete with accent from the old country. Her stream-of-consciousness culminated in that scene where Inspector Clouseau fails to notice a bank robbery, because he is questioning a street accordion player and his chimpanzee companion about whether or not they have the required permit.”

“Fast forward to the following spring.” continues Lieberman. “The store is about to open, and my father passes away. To pay homage to him and his exceptional life, I expanded the fictitious story of the von Minks.”

Papa von Mink was a farmer who escaped the old country with the Mrs and two sons. The family found work and board above a chocolate factory in Canada. Papa went on to become a master chocolatier. Young Philip studied hard, pursuing opera at the Royal Conservatory of Music. But, the family chocolate business proved too appealing. Philip returned and took Mink Chocolates international.

Now, thanks to the fictitious von Minks and the real Marc Lieberman, you know what to Open In Case of Emergency: a small batch dark chocolate bar with Kentucky Bourbon and fresh mint in chocolate ganache.

“Developing a flavour menu is easy,” says Lieberman. “I’ve always traveled extensively, and collected samples of everything I liked.”

Customers are particularly crazy for one of the first chocolate bars that Lieberman ever made: Mermaid’s Choice. “Mermaid’s was an adaptation of a salted caramel I had eaten as a bonbon, most of which I found were too chewy, and stuck to my teeth. I wanted something more viscous, with salt through the filling, instead of just sprinkled on top. The latter is a classic European gianduja that appealed to my sweet tooth, and I knew would be successful. We made samples, and I tested them on my wife and her girlfriends, and every time I got a majority in favour, it went into the line.”

Mermaid’s Choice won Lieberman and his chocolates of Mink, Gold for Best Chocolate Bar at the 2014 International Chocolate Salon in San Francisco. The mermaid swims far. Recently, a woman came into the store with strict instructions from England. “She tells us a story of how she needs to buy a certain chocolate for a friend, who lives in England, and who has been dreaming of the chocolate bar she had when she was last in Vancouver. This woman took an empty chocolate bar box out of her purse to show us the flavour. The expiry date on the box was April 2008. That’s a long time to be craving anything, let alone a chocolate bar.”

Liebermann grew up as more of a foodie than a cook. “My grandmother and one of my aunts were tremendous bakers. I never showed any interest in making anything, but I could eat like a shipwrecked sailor. I eventually became the guy that would have dessert before dinner. Luckily, I was also a skier and a cyclist and could burn the calories.” 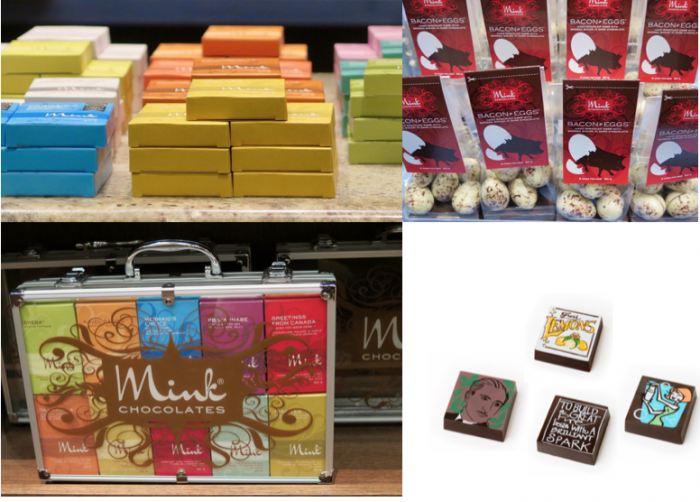 Marc had run food and hospitality businesses prior. He started thinking about a chocolate business after meeting his future wife and planning more seriously for the future. “I fortuitously met a chocolatier through a friend and quickly determined I could create a brand that spoke more directly to what I wanted as a consumer. It took all of 2006 to design the product, the packaging, find a retail location and open my business. And if the old saying that it takes 20 years to become an overnight success is true, then I’m half way there.”

Lieberman decided to open quietly. “The opening of Mink was decidedly low-key. It was a four month build, and then one day I simply took the paper off the window, and unlocked the door. I had a small staff, and a very limited menu. We got to know people in the neighbourhood, and slowly developed our reputation.”

Along with the bars and decadent hot chocolate, Lieberman and his team create beautifully artistic individual chocolate bonbons.

“I decided that I would create original art, and put those images on chocolate by way of transfer sheets and tie each image in to the flavour of the chocolate. I called on the talents of an ex-girlfriend who is also a fashion illustrator in the US, and she both drew some things for me, and introduced me to a couple of illustrators who have done some really cool things for me.”

With all of his chocolate success, what brings Lieberman the most pride?

“An obvious source of pride is winning an international award, but even more gratifying are the cards and letters and emails from people telling us how much they loved the shop, the product, my staff, and could I open a Mink in their hometown? I’ve literally had too many to keep, but have received them from all over the United States, Australia, Asia, and of course, Canada.”

What advice would he offer to others considering artisanal food businesses?

“I will consistently tell everyone that, in my experience, breaking with conventional wisdom has always stood me in good stead. I prefer to make my own sandbox and play by myself. I never worry what others are doing.” 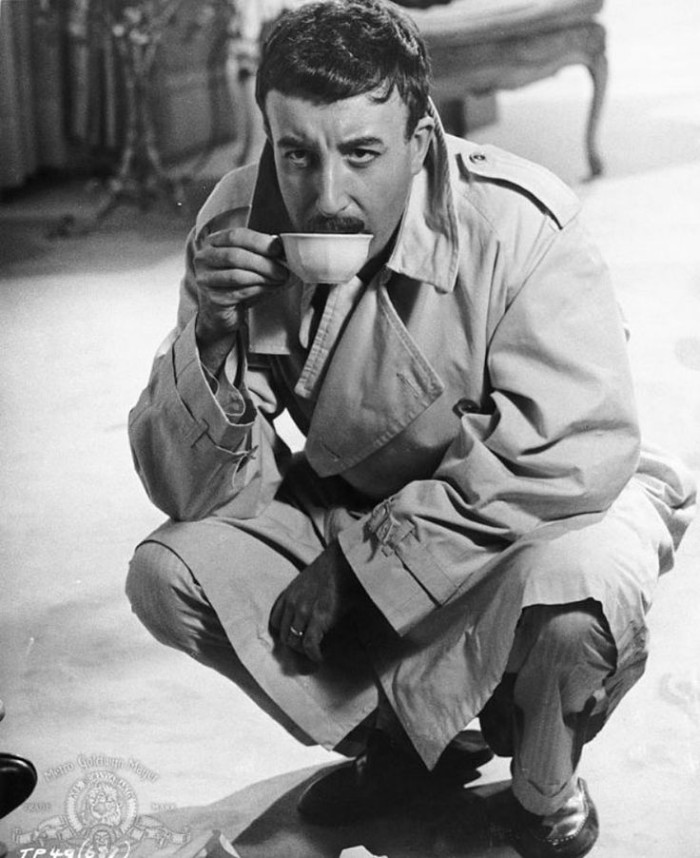 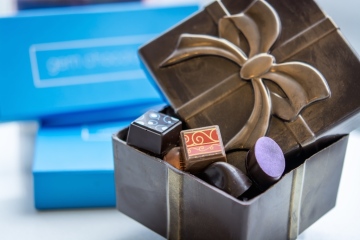