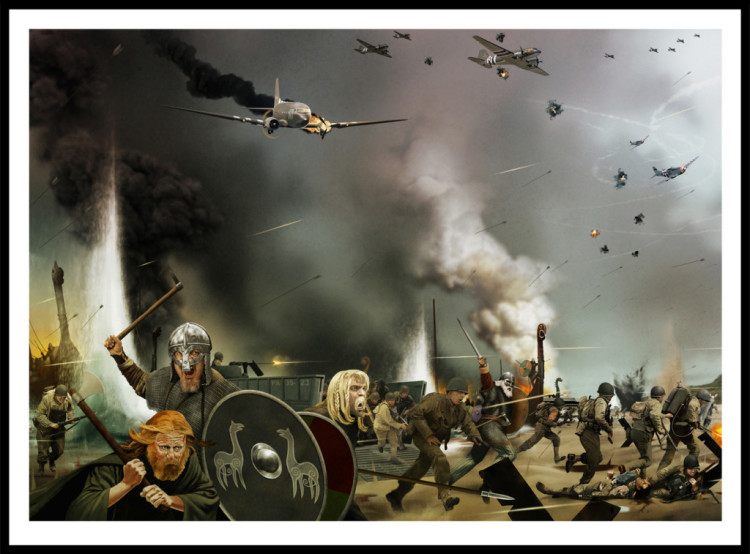 In The Pirate Who Lost His AARRR, we hear about a young lad who is born with a powerfully loud voice. His in-crib hollering can be heard throughout the town. As the boy grows into a man, he is faced with an important choice: how best to use the power of his voice?

It is the vivid illustrations of Marcus Wild that ground The Pirate Who Lost His AARRR. And it is the inspiration behind this children’s story that drives Wild’s artistic life.

When Wild started thinking about his protagonist pirate, he sketched out a story in which the pirate takes his powerful growl for granted. It’s use it or lose it, and, soon enough, the pirate loses his voice. “He becomes nonchalant, so he loses his talent.”

It’s a nonchalance that Wild never wants to fall into as an artist. “I think you have to use your talent when you’ve got it, or it will go away. It’s why I’m still an artist.” This, even when the artistic life is so hard. “I’m committed to being a full-time artist, and I haven’t decided whether that’s a blessing or a curse. I was given the talent to try and draw anything, but translating that into making money can be tough.”

Wild likes to work broadly and test his range. “I consider myself a chameleon when it comes to work. I do a mad range of stuff from storyboarding to advertising through to concept work for video games. I illustrate and write children’s books and paint big canvases.”

Wild grew up with an artist Mum and a jazz drummer dad. “So, I come from a bit of a hippy background.” He studied graphic design and illustration at university in England before going to London for advertising work. “From there, I went to a pure studio where there were fifteen to twenty of us all beavering away for advertising campaigns that were brought to us.” 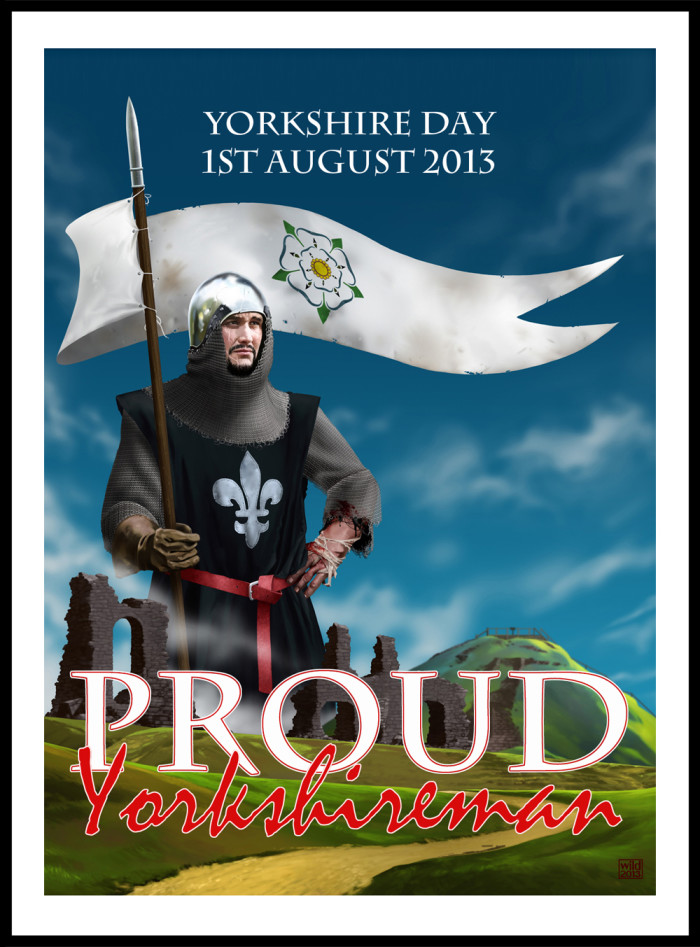 Those were the days of fast-paced hand-drawn work and, “at the last stroke of the pen,” couriers rushing the art off to clients. “You would pray it didn’t fold on the way to the agency.”

There was no time to take commemorative photos before the work went off to My Little Pony or Mcdonalds. “It was ten years of madness. I worked with some of the best artists I’ve ever known. People throwing magic markers, eating Kentucky Fried Chicken at four in the morning. “

Marriage to a Canadian brought Wild to Vancouver and another great job: working for EA Sports in the exciting early 2000s. “I was concept design and storyboarding for the Need for Speed franchise. I got to do some art directing in LA.” Art-directing that involved top models Brooke Burke and Kelly Brook. “It was a good three or four days I spent down there and it was on my birthday. Fantastic.” Wild and his team also won an award for Best Female Game character .

At EA Sports, Wild got to work alongside some well-known artists, such as Nilo Rodis-Jamero, who was responsible for core visual effects designs on movies like Star Wars, Star Trek, Raiders of the Lost Ark and Poltergeist.

“Once he told me: ‘Marcus, I’m going to break your fingers!’
“Why?” I asked
“Because, you’re too good!”
“This coming from one of my all-time idols. It was incredible.” 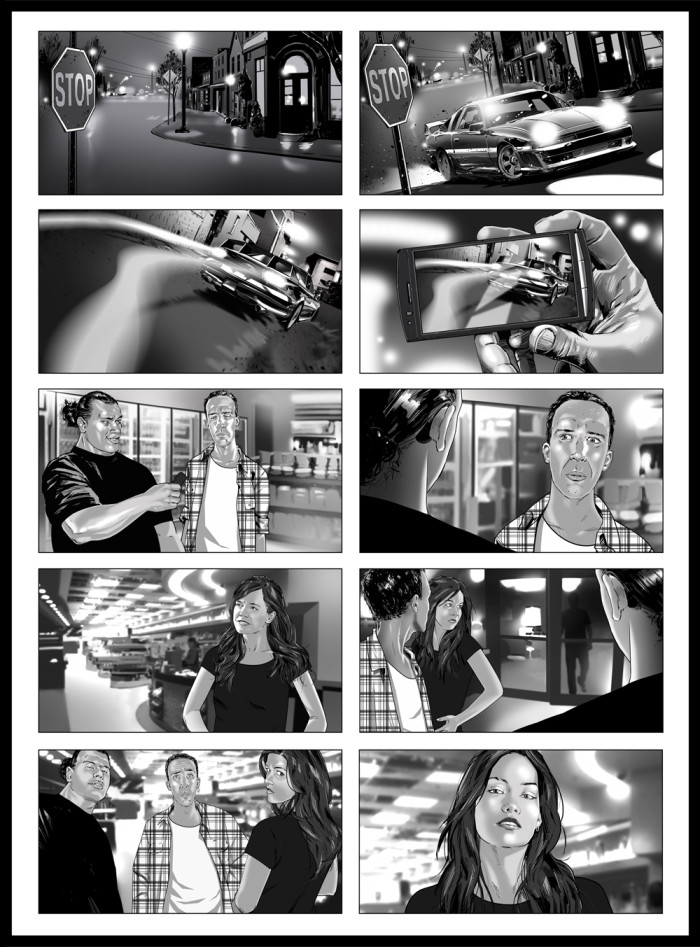 From Electronic Arts, Wild went on to Super Mario artwork at Next Level Games, Spiderman, United Front Games. “You’re always pushed for time. You have to learn how to balance work and pressure. You have to be willing to go with your first idea and to be efficient. At the same time, you want to give it your best. You are only as good as your last drawing.”

Wild enjoyed the video industry work, but ultimately wanted to do his own thing. “I was just sick of being told what to do by others. You become a bit of a production line stamp. You’re drawing boxes in somebody else’s style. I’m not a robot. I knew I was taking a risk, and in some ways I’ve suffered for it. But, at least I can pick and choose my work.”

Wild had always been interested in doing children’s books and admires some of the industry’s best, such as Maurice Sendak and his Where The Wild Things Are. “The illustrations are fantastic and I like the imaginative simplicity of the tale.”

The Pirate Who Lost His Aarrr was Wild’s first foray into childrens’ books.

Next came the tale of The Roman Soldier Who Couldn’t Walk In A Straight Line, which Wild both wrote and illustrated. “As a child called Marcus, I was given all the Roman books. One of my brothers is called Jason; he got all the Greek stuff.”

The major theme in The Roman Soldier is another one that Wild can relate to: non-conformity. “He doesn’t like to walk in formation with the rest of the soldiers. He likes to walk on the grass next to them with his sandals off, but that doesn’t mean he can’t fight. He’s a great fighter. He just wants his freedom to be an individual. He doesn’t want to stand in formation.” 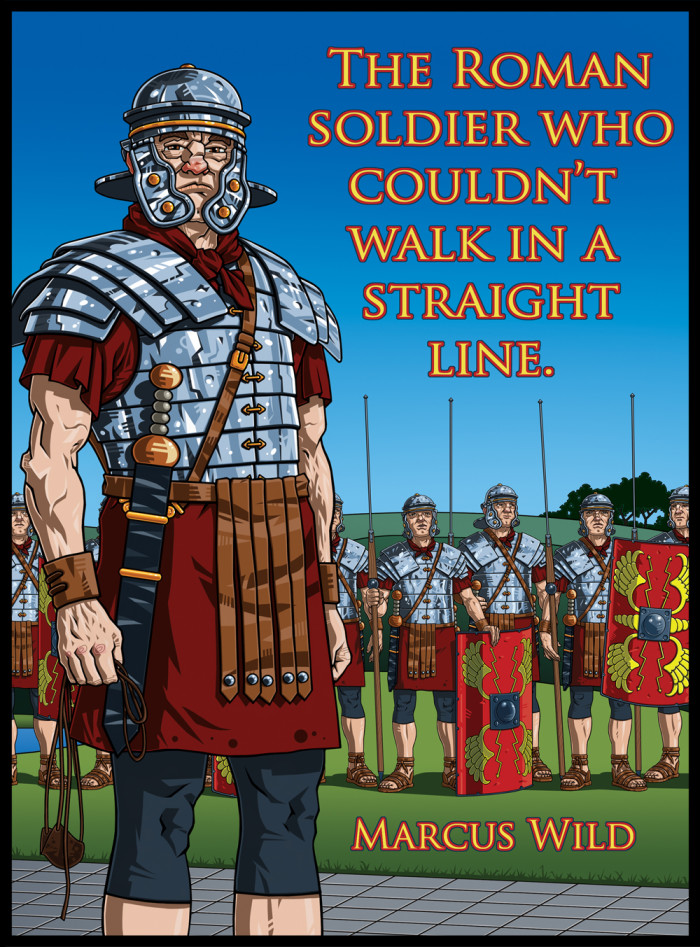 In July, Wild challenged himself to draw one picture of Vancouver a day. “I’d ride around on my bike, find a nice spot to draw and sit there for three hours. The seawall is great. I could park my bike and look and see Siwash rock, Lions Gate Bridge. Whichever way you look, there were great things to draw.”

Wild would do his initial sketches in black fineliner pen. He would bring them back home, upload them to the computer, clean them up, then add colour. He assembled the Vancouver pieces in a book and also continues to sell the prints at local fairs. “I coach The Westside Devils – a woman’s football (soccer) team – and they are always buying loads of them for Christmas.”

Wild continues to do freelance video game concept work. “I worked on a game called Kingdoms of War for a company called A Thinking Ape. They rang me up and asked if I could do illustrations for four of their characters.” He does opening title sequence drawings for TV shows, such as Motive. “I also just did some beer can designs for a new Vancouver-based brewery called Dogwood Organic Brewery. I look forward to buying my own cans.”

It’s a scramble and Wild has learned how to leap from one thing to another. “I can switch gears and do stuff in black and white, full colour, on canvas, on the computer. Jack of all trades and hopefully Master of some of them.”

Wild has apps in development and more kids books in mind. “I don’t know what’s around the corner. It’s always a labour of love with everything I do.”

As he continues to mine his talents and build his career, Wild is particularly inspired by three artists:

1. Gustav Klimt – “I try and put a lot of gold into some of my oil paintings. I love his patterns and the design. I also love painting women. Until I’m 75, then I’ll paint flowers.”

2. Egon Schiele – “I love the fact that he just didn’t care about what people thought about him. He just did his own thing.”

3. Syd Mead – “He’s the concept artist who designed Blade Runner. I met him a couple of years ago when Blade Runner was playing here one night. He was ahead of his time. I love that originality. You have to stay original or what’s the point?” 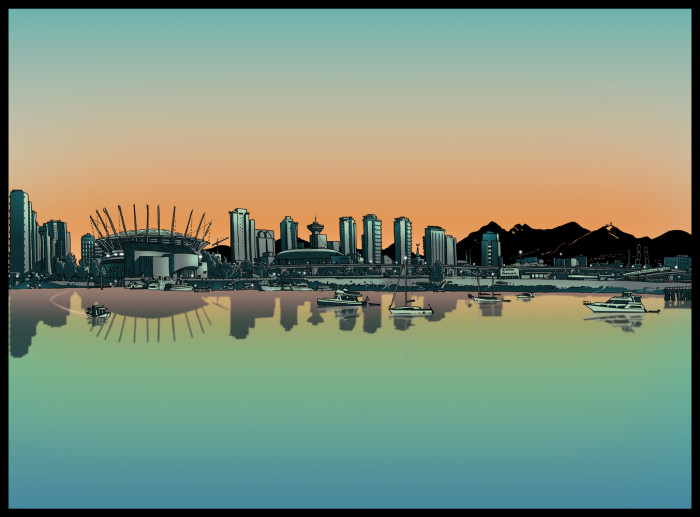 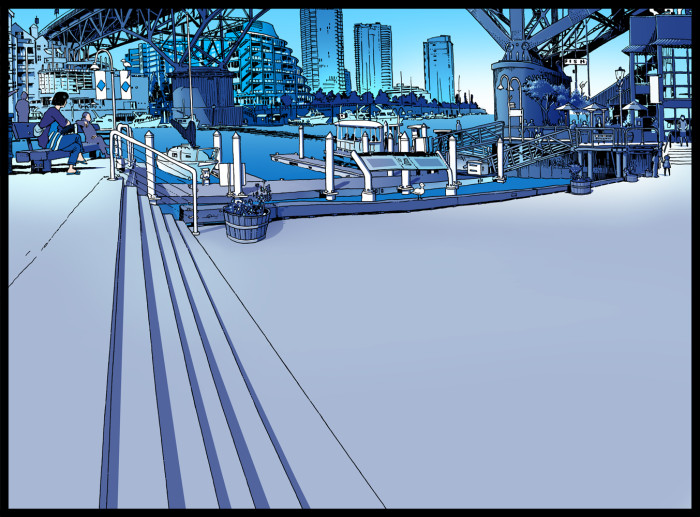 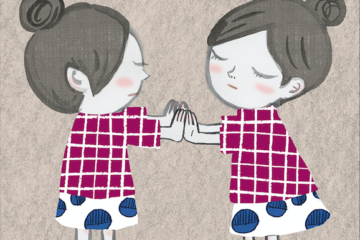 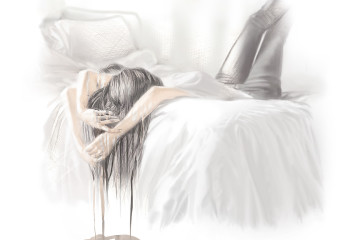 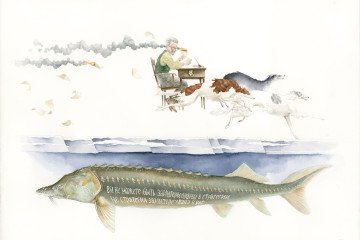 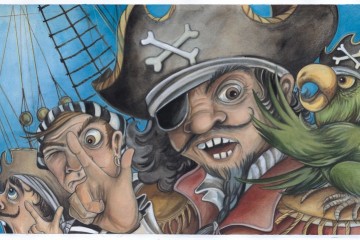