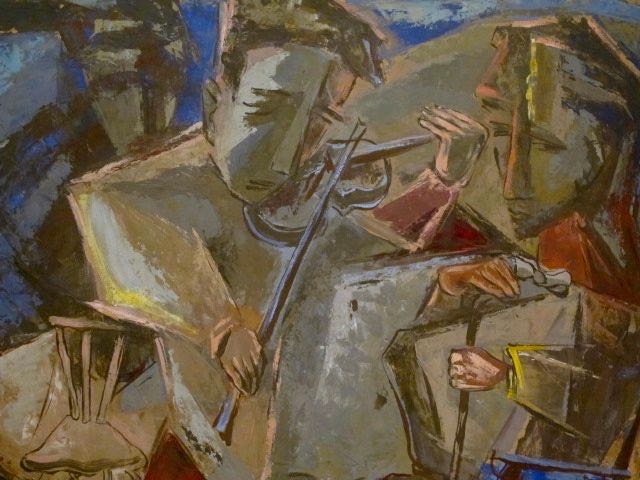 If you’re looking for someone who knows the Vancouver music scene, look for violinist Mark Ferris. He is everywhere.

From one week to another, you might find Ferris serving as Concert Master for the Vancouver Opera Orchestra or playing with Diana Krall, Wanting Qu or Marianas Trench. Then again, Ferris might be performing at Bard on the Beach, mentoring up and coming musicians from UBC and SFU, adjudicating festivals, composing for videogames or doing another gig with his Yaletown String Quartet. 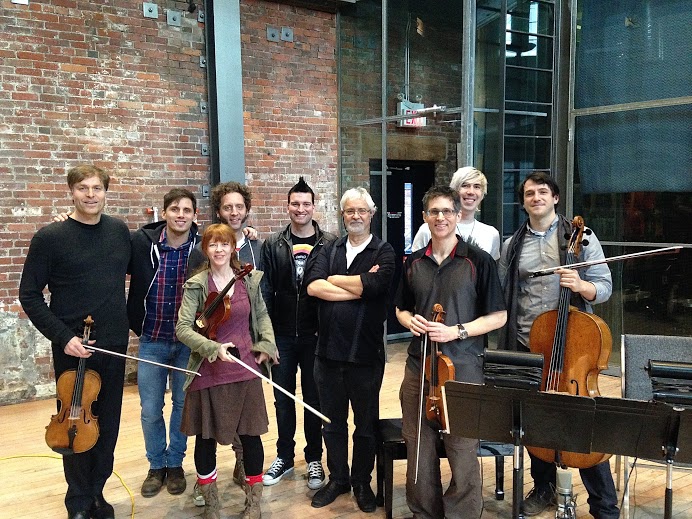 With his violins acoustic and electric, his mandolin and his guitar, Ferris has set himself up for all sorts of opportunities. He has performed roots rock, Kurt Weill-inspired cabaret and straight-up Vivaldi. It’s wise to stay broad, says Ferris, if you want to sustain a musical career in Vancouver. “You have cities like London, England with so many orchestras. There is such a small music scene here in comparison. We like the lifestyle in Vancouver, but it can be a little bit challenging for musicians to make things happen.”

At this point in his career, Ferris gets most of his gigs through word of mouth. Having grown up in Victoria, studied in local conservatories and pursued orchestral training in Toronto, he has built deep musical ties in Canada. He is also pleased to have done his graduate work at Yale University. “I studied with the Tokyo String Quartet, which was awesome.”

Upon returning to Vancouver, Ferris quickly secured work both in the Vancouver Opera Orchestra and in the CBC Radio Orchestra, under conductor Mario Bernardi. “We ended up being the last radio orchestra in Canada. We used to premiere and feature lots of Canadian work. We also featured lots of Canadian soloists who went onto really successful international careers. It was a high level orchestra and we served an important role in supporting the Canadian creative community.”

Sadly, the CBC Radio Orchestra was disbanded in 2008. “It was traumatic for everybody involved to see it wrenched away. It was so distressing to a lot of people who had come to respect and rely on it as a cultural institution. The listeners did not want it to go away. It was management who made the decision to axe the orchestra.”

It was a major loss for Vancouver musicians. “We became more fragmented. People were left to fend for themselves.” Ferris was relieved to still be part of the Vancouver Opera Orchestra, where he was eventually awarded the concert master’s position.

Concert Master is a multi-faceted role that includes helming the strings, liaising between the orchestra and the conductor, attending new player auditions and, of course, getting up on performance night to tune the orchestra. “That’s one of the funny traditions that date back into 19th Century Europe.”

Ferris has enjoyed the broad range of operas in which he has been involved, including Don Giovanni, Die Fledermaus, Ariadne aux Naxos, Nixon in China and Stickboy. “We don’t want to be dinosaurs and just do museum pieces. It’s why the contemporary works are so compelling. One has to forge ahead and create new works. That takes a lot of guts. You can lose that battle. Budgets are thin; these musical organizations are all non-profits. For them to take risks takes a tremendous amount of courage. That’s what really interests me. It fits my stubborn personality.”

In the current version of the Yaletown String Quartet, Ferris plays alongside a subset of violinist Cam Wilson, violists Marcus Takizawa and Henry Lee and cellist Finn Manniche. “One summer, we were doing a few gigs. We started reading through all of these jazz classics and thought: ‘why don’t we form a group that specializes in stuff like this: swing jazz, Gershwin, bluegrass, tango, funk?’ I started writing tons of arrangements and have gone onto write a lot of original works for the group. We also do a lot of improvisation.” 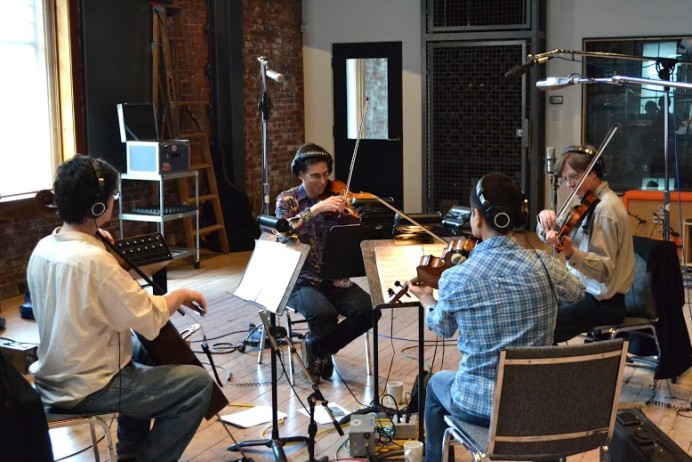 Last week was Ferris’ second time playing with Diana Krall and her band. “Jim Littleford organized it. It was mostly Vancouver Opera Orchestra people who were doing it. As you know, she’s from the West Coast, so she has a special connection with this part of the world. She was super gracious. It’s great to see somebody who has done that well, doing what she loves to do. Her band was like a master class. They are all these insanely good musicians. It’s this incendiary level of music-making. It’s like being around a gypsy campfire. You feel like you’re part of something special.”

Ferris is looking forward to mentoring more young musicians in the future. “I just joined the faculty of the Vancouver Academy of Music. I’m looking forward to developing a comprehensive curriculum that prepares young people to make music in an industry that is really diverse. It won’t just be teaching the Tchaikovsky concerto. It could involve computers, improvising. We should leave no stone unturned. Most people don’t aspire to be starving artists. We have to help people to maintain their individuality and to form meaningful careers as mini-entrepreneurs.”

What advice would Ferris offer to those seeking careers in music?

1. “Versatility, diversity and adaptability. Don’t be slavish about styles of music. You might be surprised at how your career path might develop.”

2. “Develop your own personality and talents. You have to ultimately be yourself and bring some personality to the table.”

3. “Accept that you are a business person. You have to talk to people about being paid, set your rates and collect the money. If you don’t ask, people won’t pay you They are happy to underpay you every day of the week. We have musicians unions, they set rates and there is a reason for that.”

4. “And as Canadians,” Ferris adds, “we have to decide that there is value in culture and invest in it. Our governments won’t do it for it us. The essence of culture is in music, in visual arts, in literature. If you let these things wither, you’ll end up with a cultural desert.”