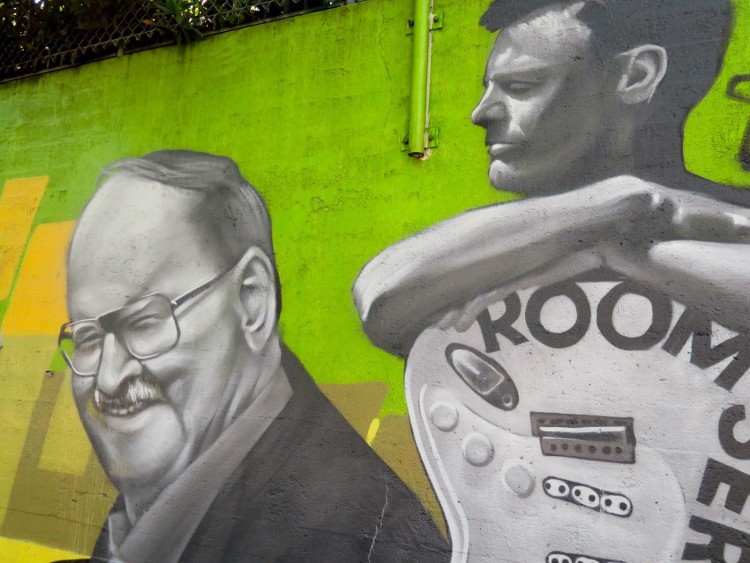 If there was someone who knew the people and places of Vancouver, it was Chuck Davis. ‘Mr Vancouver’ – historian, author and broadcaster – wrote about Vancouver in articles and in The Vancouver Book and The Greater Vancouver Book. He told local stories on radio, television and to eager audiences.

Chuck was as dynamic and enthused about Vancouver in his downtime. He and his wife, Edna, were dear friends of my parents and their lively conversations about B.C. and its past would drift upstairs. When he died in 2010, before he could finish his History of Metropolitan Vancouver, Chuck’s colleagues took over the project and fittingly named it The Chuck Davis History of Metropolitan Vancouver.

Davis had been working on a comprehensive website of Vancouver and its history. It is still live and enormously helpful: http://www.vancouverhistory.ca.

Given all that he has done for the city, it makes perfect sense that Chuck Davis is on the Beatty Street Mural. He is wearing his trademark smile and sharing the wall with Bryan Adams.

For more on the Beatty Street Mural, check out:

The Bull On Georgia