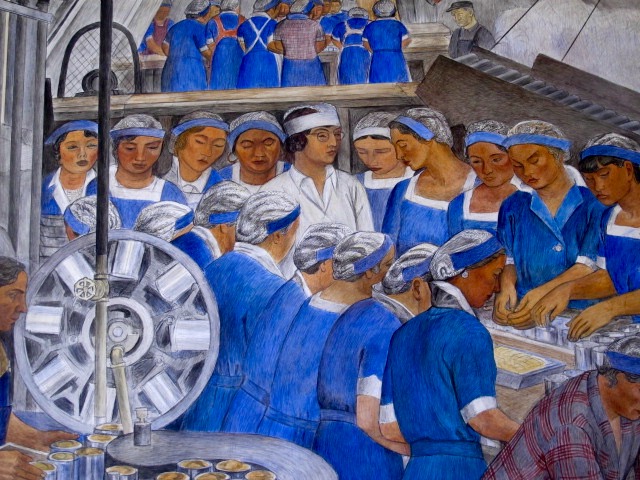 If there is a list of cities with gorgeous street murals, San Francisco must be on it. The Mission District is particularly known for its rich collection of outdoor artwork reflecting history and struggle in the city itself, Mexico, Latin America and beyond. Diego Rivera, who painted three murals in the city, had a tremendous influence on the San Francisco muralists who came after him.

Sometime over the next few months, we will revisit the Mission, particularly Balmy and Clarion Alley. Meanwhile, here are a few of our favourites from across the city.

The North Beach Jazz Mural was created by Bill Weber. Located at Broadway and Columbus, it was painted by Weber in 1987, with restoration starting in 2004. Weber – whose ancestors helped build Mission Dolores and the Presidio – has been painting murals since 1974. He was six months in designing the Jazz mural, eight in painting it. 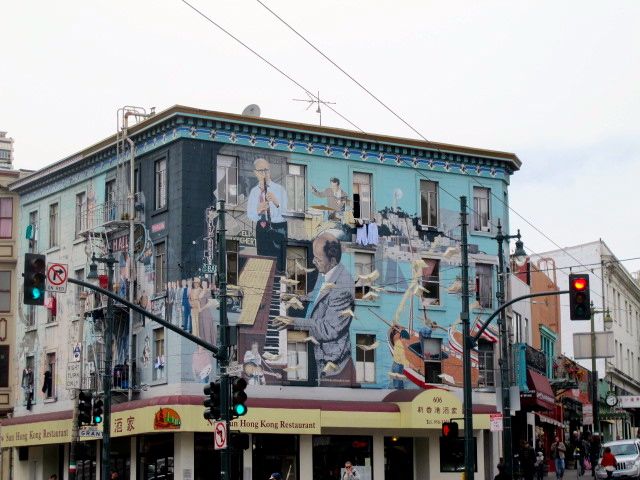 Teetering on the treacherous scaffolding required was no small feat for the heights-horrified Weber. “The building is four stories high and I was terrified walking on the top level of the scaffolding,” Weber said in an interview. “The best reward was all the appreciation people expressed for my work.”

In Weber’s Jazz Mural, you will see historical references from the North Beach, Barbary Coast and Chinatown neighbourhoods. The jazz musicians starring in the mural are Benny Goodman on clarinet, Teddy Wilson playing the piano and Gene Krupa on drums.

Some other great murals in San Francisco: 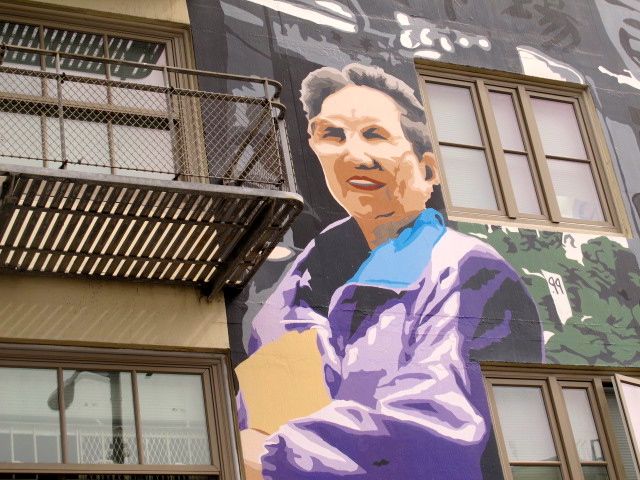 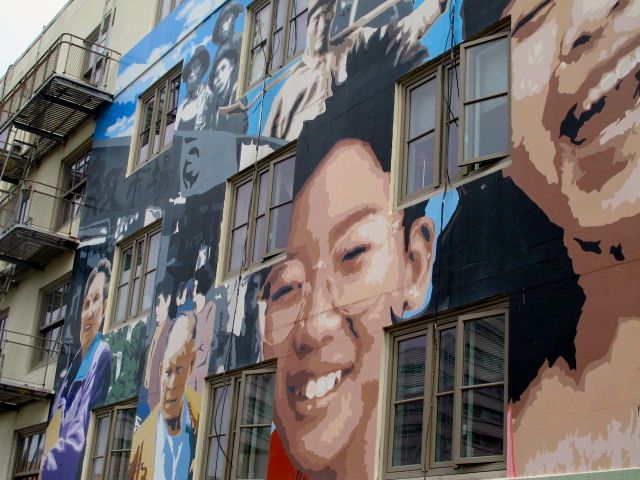 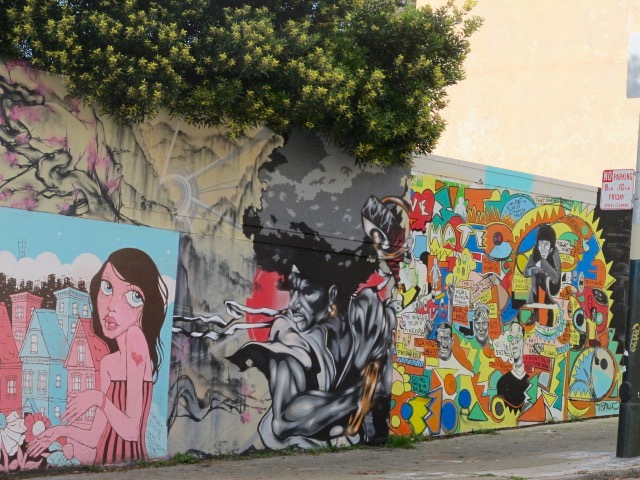 Up in Coit Tower on Telegraph Hill, you will find – along with a beautiful view of San Francisco – an elaborate collection of murals. These were originally painted in 1934 by 26 artists and 19 assistants brought on by the Public Works of Art project. Their work was focused on the realities of working class life in California during the Depression.

As the Coit Tower murals were being designed, workers throughout the city – longshoremen, seamen, municipal, waterfront workers – went on strike. Their protests, and the artists’ reverence for the painting and politics of Diego Rivera, were reflected in murals that became quickly controversial. 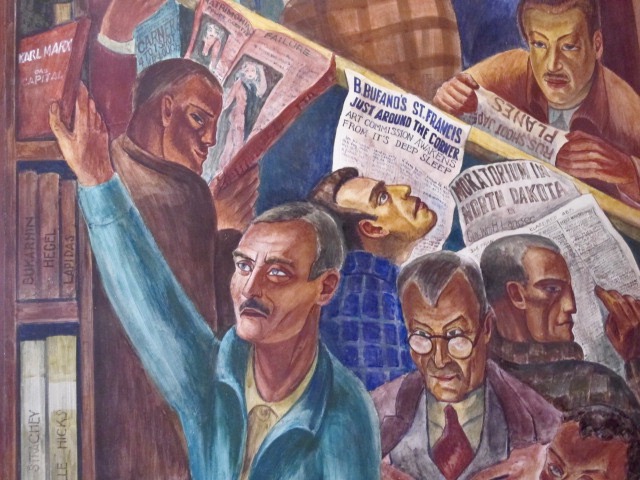 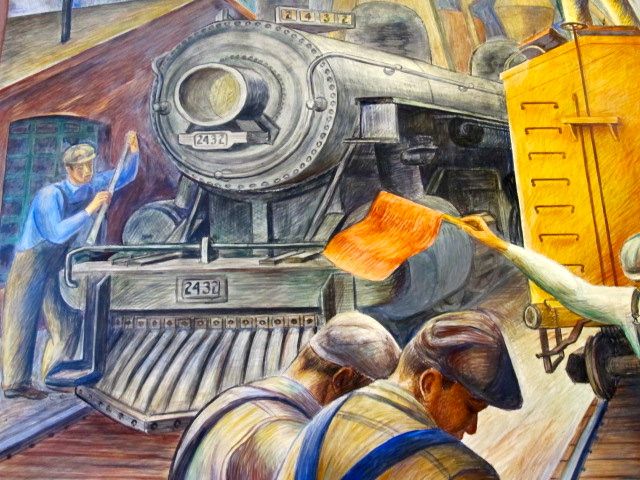