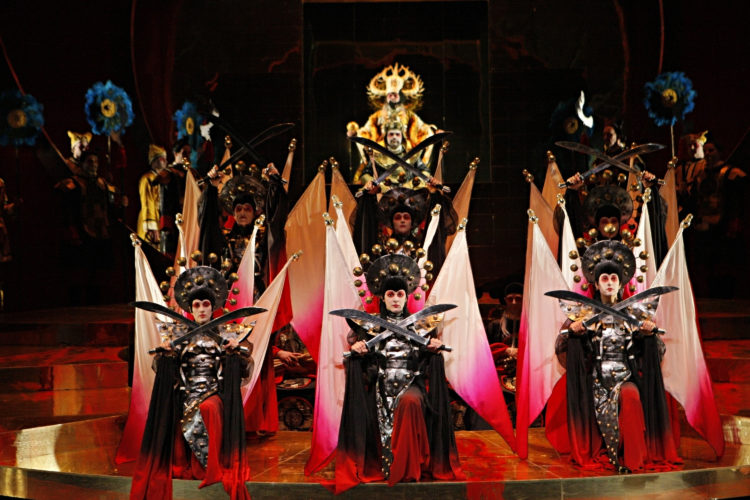 Ten points to Gryffindor (or Slytherin, if that’s how you roll) if you can identify the opera that features these famous words: ‘None shall sleep’ or ‘Nessun Dorma.’

Nessun Dorma is sung by a tenor – Calàf, the Unknown Prince. In solving three knotty riddles, Calàf has escaped death. Next step? Marry the Princess. But, tragically, she wants nothing to do with him. ‘How about a second test?’ Calàf proposes. If the Princess can discover his name by dawn, he will take his own life.

From the Imperial Gardens, Calàf overhears the Princess’ command. Every person in Peking must stay up all night to hunt down the name of this riddle-solving, love-struck stranger. Those who dare sleep will be killed.

Let them hunt. Calàf is confident that his identity will stay hidden and that he will win the princess.

‘None shall sleep,
None shall sleep!
Even you, oh Princess,
In your cold room,
Watch the stars,
That tremble with love
And with hope.
But my secret is hidden within me,
My name no one shall know,
No… no…
On your mouth, I will tell it,
When the light shines.
And my kiss will dissolve the silence that makes you mine!
(No one will know his name and we must, alas, die.)
Vanish, o night!
Set, stars! Set, stars!
At dawn, I will win!
I will win!
I will win!’

Will Calàf and the Princess end up together? No spoilers here, but this is opera, so anything can happen. The name of the opera? It’s Turandot – as in Princess Turandot – and the Vancouver Opera will be mounting their production from October 13th through 21st. 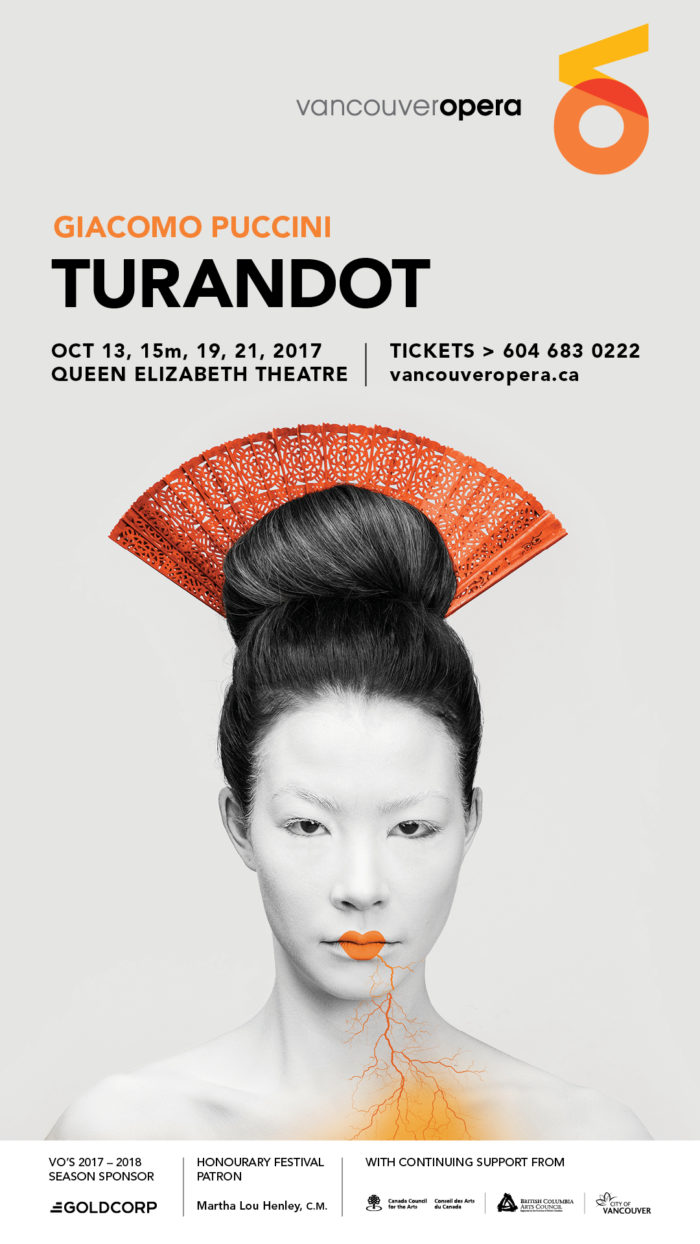 Puccini is the composer behind this beloved opera, with Giuseppe Adami and Renato Simoni having served as librettists. Sadly, Puccini died before he could see Turandot staged.

Act III’s opening aria, Nessun Dorma, has been most famously sung by Luciano Pavarotti, be it in opera houses, stage performances, at the FIFA World Cup finals or the World Cup Olympics. In 2007, when 14 pallbearers walked Pavarotti’s flower-topped coffin out of a Modena cathedral, a crowd of thousands heard him singing Nessun Dorma over the loudspeakers.

Pavarotti sung his signature aria in the 1982 film, Yes Giorgio. Nessun Dorma has also offered cinematic climax to films ranging from The Killing Fields and The Sum of All Fears to New York Stories, The Witches of Eastwick, The Sea Inside, Bend it like Beckham and Mission: Impossible – Rogue Nation.

In the October production of Turandot in Vancouver, Calàf will be played by the Argentine tenor, Marcelo Puente. Puente has performed to much acclaim around the world, taking on roles from Pinkerton in Madama Butterfly at the Royal Opera House to Rodolfo in La Bohème with Oper Stuttgart. Puente will be trying to riddle his way into the heart of a Princess Turandot played by the American soprano, Amber Wagner – one of twenty-five artists to watch, according to Opera News.

The Vancouver production will be conducted by Jacques Lacombe, directed by Renaud Doucet with designs by André Barbe. 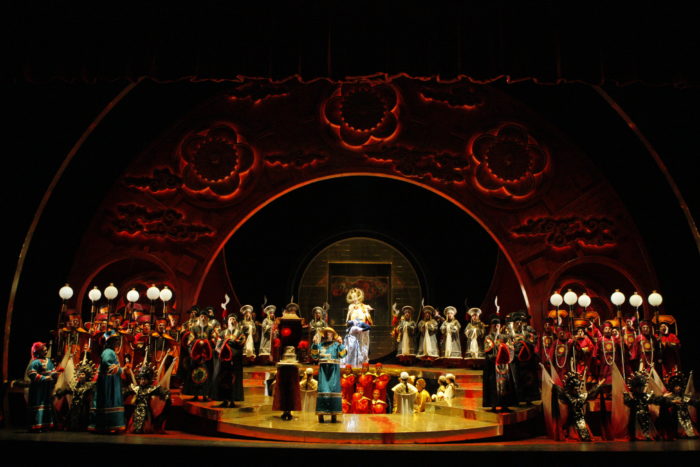 While Puente will bring his own interpretation to Nessun Dorma, his entire career has been inspired by Pavarotti. As he said in an interview with the Evening Standard:  “I was studying anatomy and to concentrate myself I put the CD of classical music on, and on that CD was Luciano Pavarotti singing. I began, just for fun, to impersonate him, and I realised that I had it naturally, so I began to investigate it… I was 19, 20. I had no idea about it. It was a surprise.”