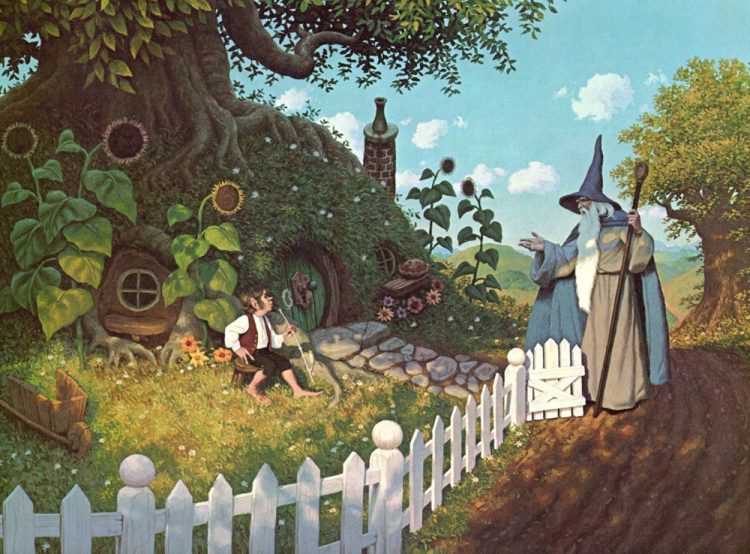 ‘It had a perfectly round door like a porthole, painted green, with a shiny yellow brass knob in the exact middle…The best rooms were all on the left-hand side (going in), for these were the only ones to have windows, deep-set round windows looking over his garden …’

Tolkein started The Hobbit with his careful description of The Bagginses’ home in Bag End, Hobbiton. His was a beautifully detailed world that came to life in Peter Jackson’s Lord of the Rings and Hobbit films.

Here in Vancouver, we have our own above-ground Hobbit houses: The William H. James House on King Edward and the Lea Residence on the far west reaches of Broadway. For decades, families have slowed down to admire these fairytale dwellings plonked in the middle of the city. Who lives in these magical homes? What do these time-shunted fairy-folk think of the traffic?

Now, with the James Hobbit house on sale (at $2,698,000, that’s a lot of Bilbo Baggins bucks), Vancouver is seeing renewed interest in these urban shire dwellings.

The James Residence as its current neighbourhood development went up around it. 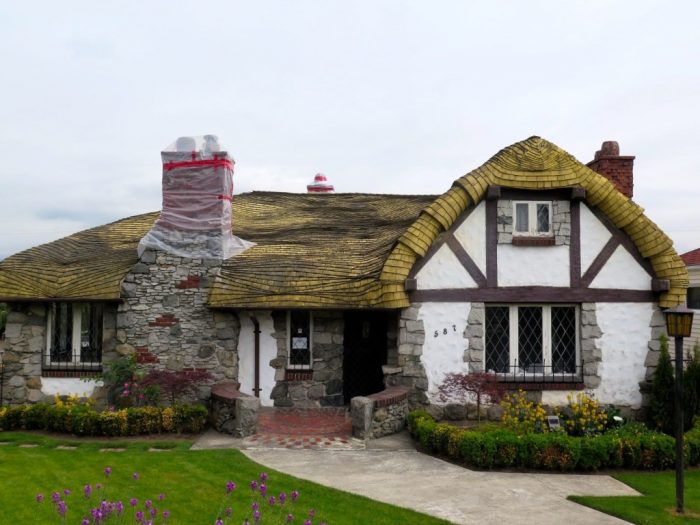 Our local hobbit houses, with their storybook architecture, were designed by the British-born architect Ross Anthony Lort. Lort was hired by builder Brenton Lea to build a residence for Lea’s family. But, it couldn’t be just any house. Lea’s wife had requested that their house on Broadway look like the Tudor cottage that Shakespeare’s wife, Anne Hathaway, lived in as a child in Stratford-upon-Avon. 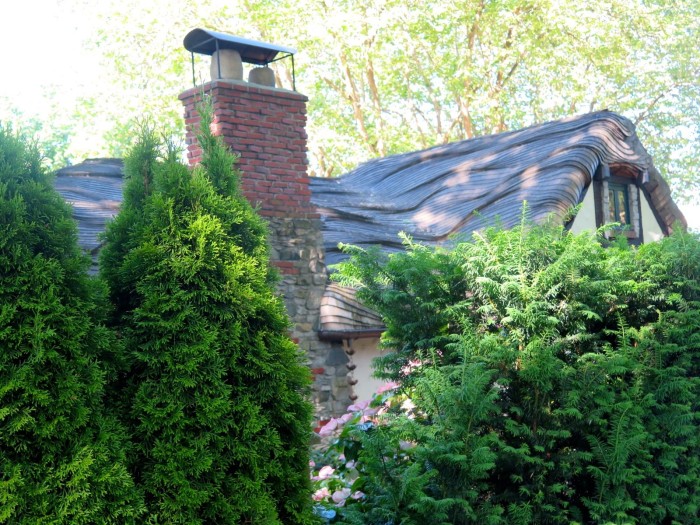 After the Hathaway-inspired residence was completed in 1942, Lea asked Lort to design the house on King Edward for William H. James, a foreman from the Canadian National Railway. Ross Anthony Lort went onto design a third hobbiton house in West Van. He then leapt to the other side of the size scale with another famous Vancouver creation: Casa Mia on Southwest Marine. 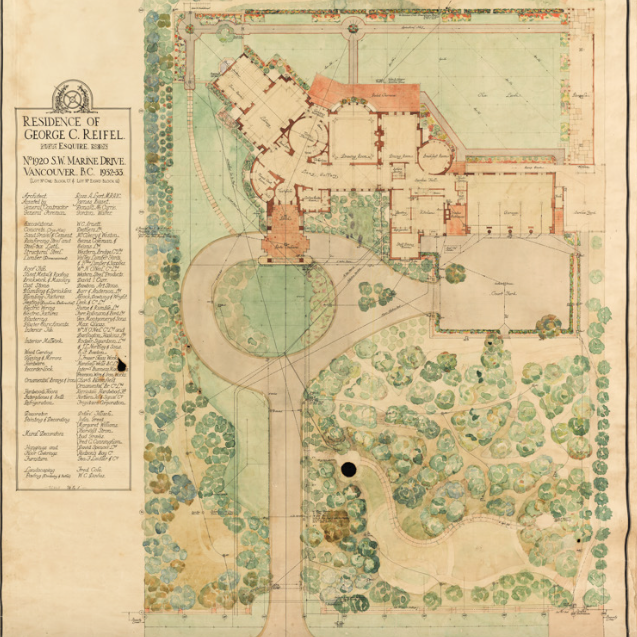 With the bashing down of so many older Vancouver homes, the Hobbit Houses had come under threat. But, the community rallied and the houses were protected. The Broadway Lea residence was restored as a single residence home. The King Ed James residence was incorporated into King Edward Green, a community of townhouses.

This was the site plan from the city application for the townhouse complex: 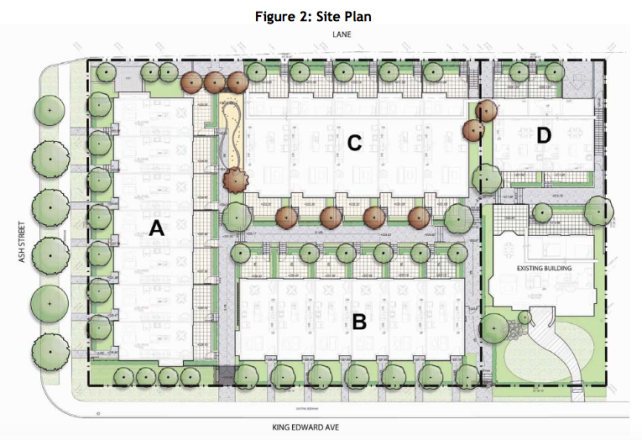 The developer’s site told us that the William James residence would eventually be built into this setting: 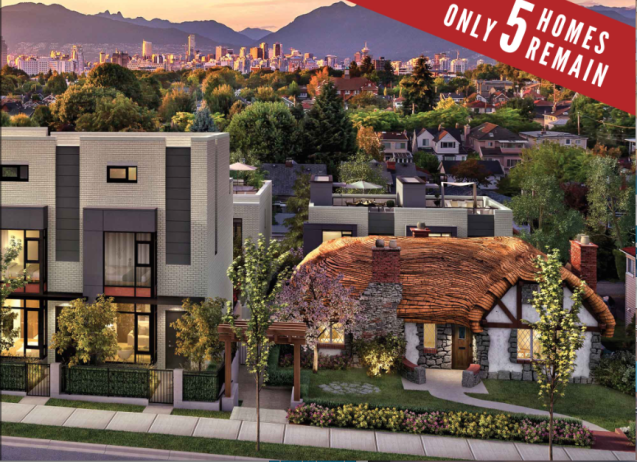 And now that the house is on sale, we (lookieloos and buyers) can peek inside at the 2900 square foot remodel.

‘In a hole in the ground there lived a hobbit. Not a nasty, dirty, wet hole, filled with the ends of worms and an oozy smell, nor yet a dry, bare, sandy hole with nothing in it to sit down on or to eat: it was a hobbit-hole, and that means comfort.’

To Canada, With Chocolate