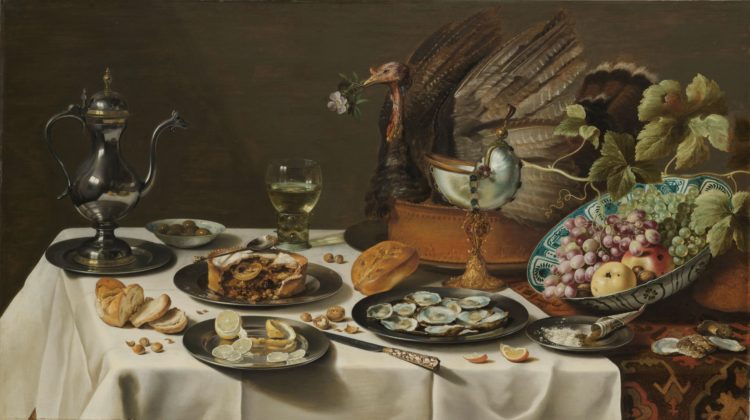 “What do you prefer, madam: an open or a closed coffyn?”

“And what about the legs? Should we leave them hanging off the side for easy carrying?”

The ‘coffyn’ was the crust and there tended to be lots of it. Early British pies were more likely to be filled with meat than fruit. The legs of the fowl dangled off the edge of the coffyn, to be used as handles.

If you like your coffyn in crisp flaky layers and all legs well out of sight, check out The Pie Hole at Fraser and 19th. This sweet and savory pie haven, owned by Jenell Parsons, opened last month. Parsons, an artist with a background in 3D Animation, loves to create new and unexpected flavours: the more, the merrier.

Take a look at their Instagram, if you want to get hungry, fast. Which square houses your first slice? 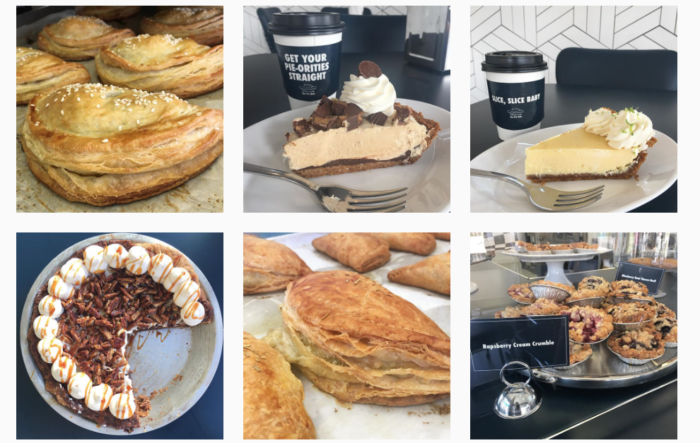 Parsons and her sister, Carla, had already built a loyal following through their pie offerings at markets, fairs and shops around town. Now, Vancouverites are heading to The Pie Hole to eat in or to take boxes of the day’s offerings home. 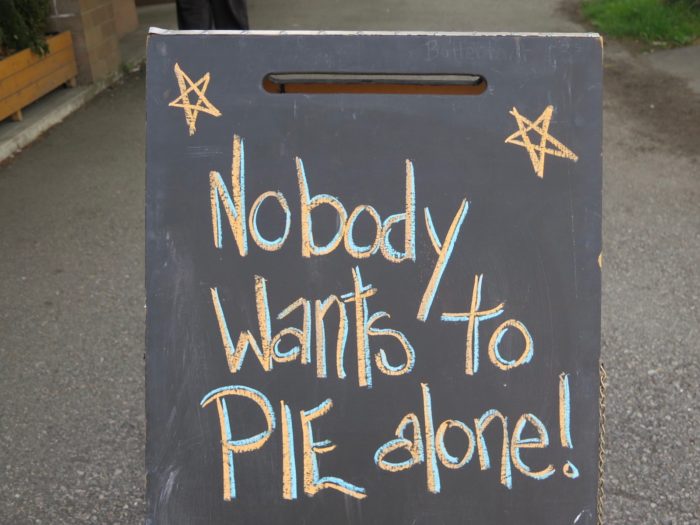 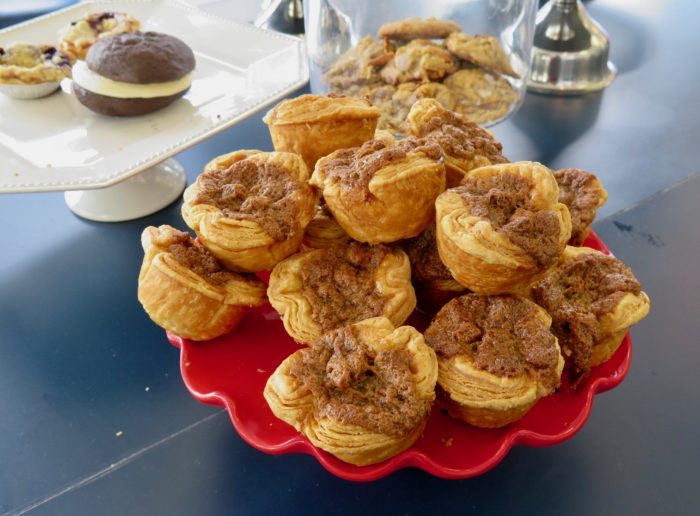 •••
Big and little To Die For Banana Cream pies and their big-bottomed cousin, Fat Elvis. 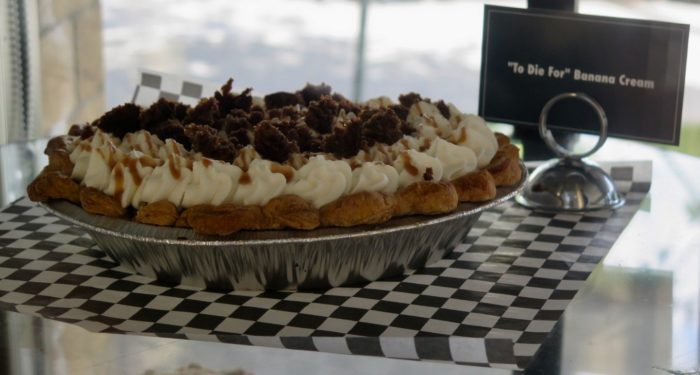 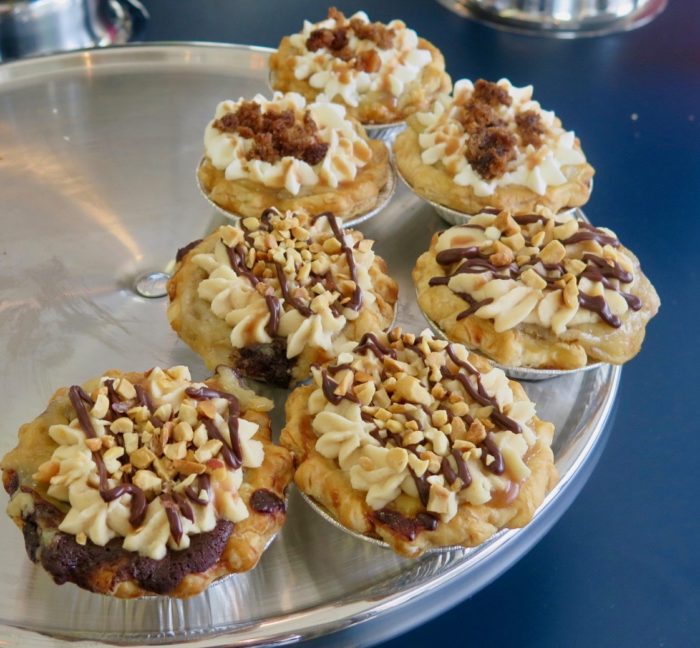 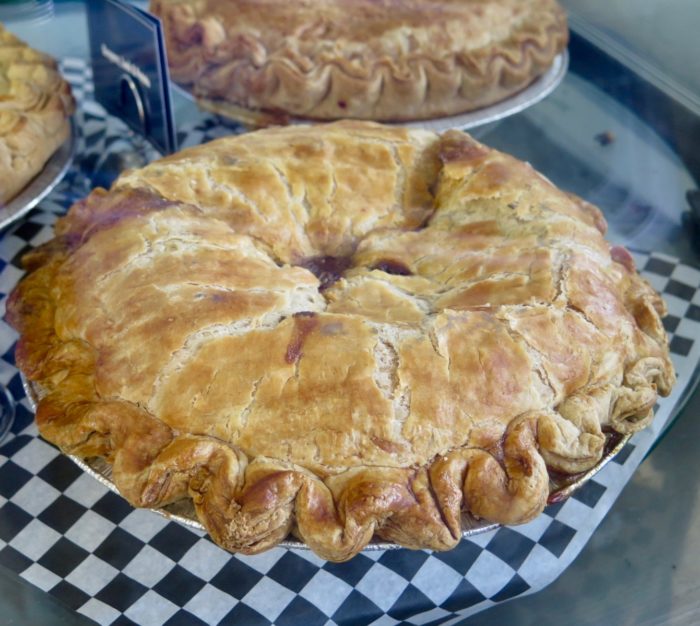 Here is Founder Jenell Parsons in 2015 talking about the then roving Pie Hole and her creative approach to pies.