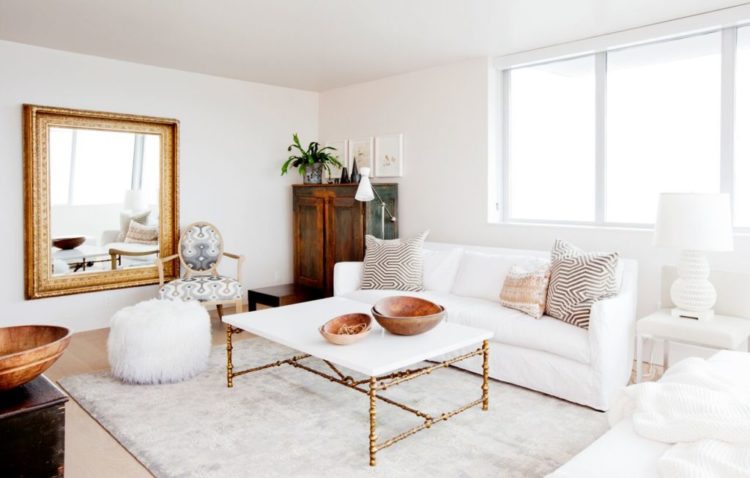 When a new client approached interior designer Peter Wilds about her 1000 square foot, 1930’s bungalow, she had an unusual request. She wanted to keep it. She and her husband were not going to knock it down and replace it with a bigger manse.

“It was her Mother’s house,” Wilds explains. “They had this opportunity to purchase the house from her. It was a really cool conversation. There was never talk of tearing it down. They said: ‘let’s work with this.’ I was really excited, because I think a lot of people are living in a lot of square footage that they’re not necessarily using.”

Wilds and his clients developed a strong vision for the house. “In some ways, we treated it like a British lane house. We were going to kit it out in a really cute way.” It would be open concept with flexibility of space and much storage. “Even though the kitchen is four feet away from you and you’re in the living room, it will feel like it is part of the living room when it’s not being used. All of the appliances are integrated.”

To get where they needed, Wilds and his team moved walls. They created seamless millwork between rooms. They were able to make a powder room out of a closet that backed onto the bathroom. “So, when they have friends over, they don’t have to use the principal bathroom.”

As for the palate, Wilds and his clients were on board with whites, greys and charcoal greys. “Nicole and I would get together for meetings and I would be in the male version of her edgy black outfit. We were simpatico. All of our hardware was matte black.” 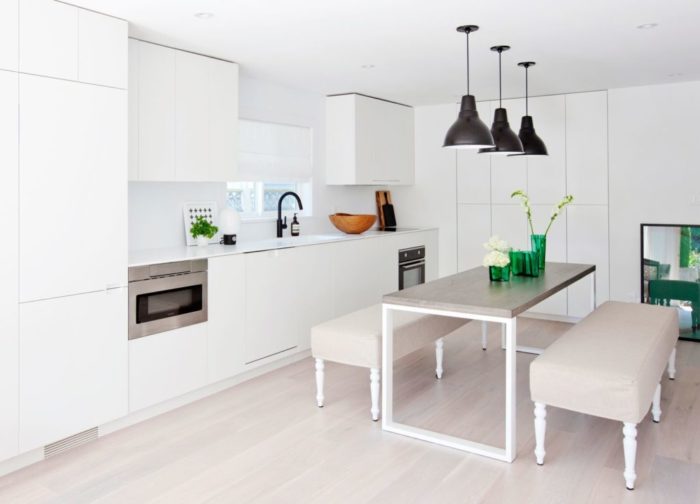 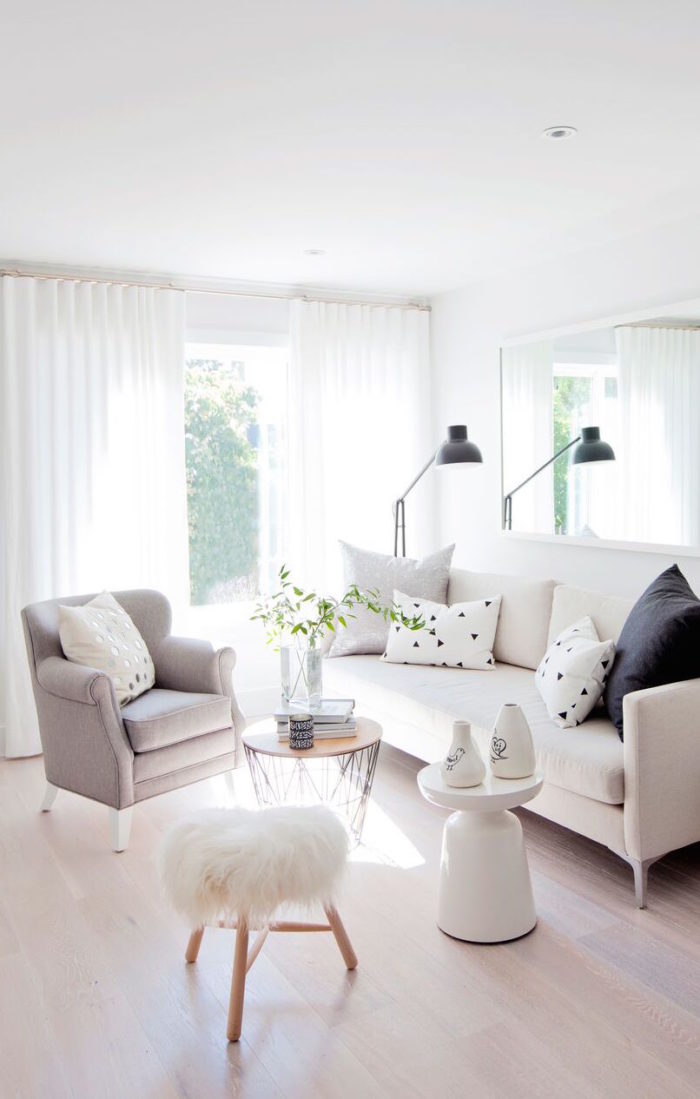 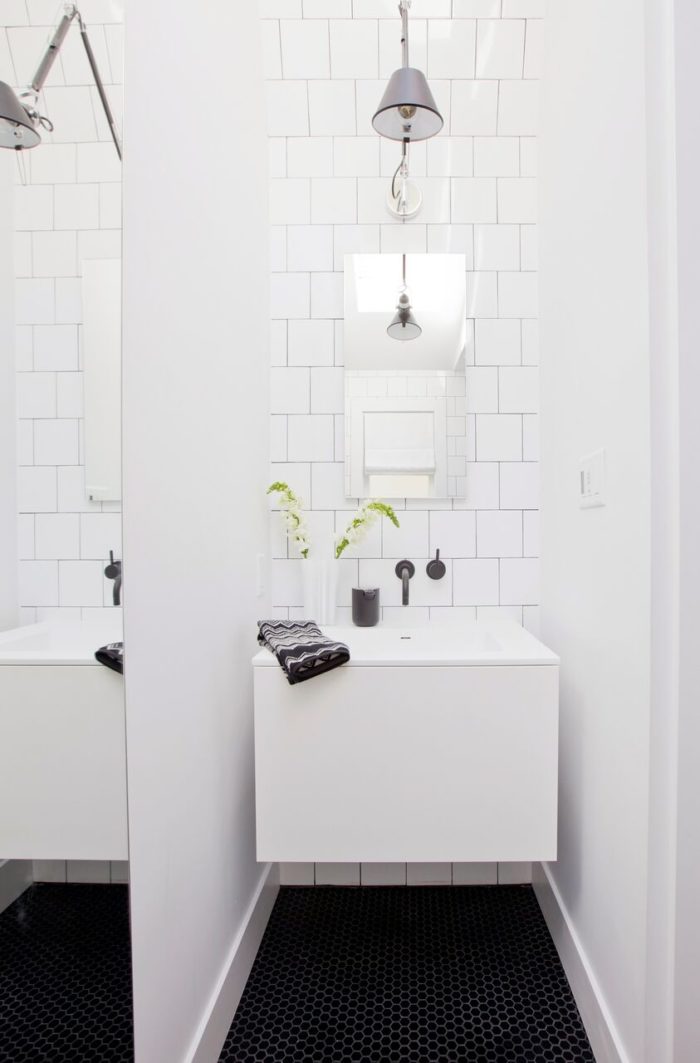 The clients were thrilled with the transformation of their bungalow. And what about the Mum, the original house owner? “She was really, really impressed. It was a real pleasure.”

In his work, Wilds is known for his gorgeous palate. “I’m known as the dude who works with white a lot. “It’s a classic choice. Sometimes it’s a brave choice. I’m particular about my whites. I’m a big believer in mixing whites. There’s a warmth to layers of white on white. I’m all about making spaces as big and as bright as possible.”

Wilds traces his love of white interiors back to his childhood. “My Mum is an extraordinarily creative person. She has a fine arts degree. She was a teacher, she sold real estate, she did houses. I remember being dragged around to fabric suppliers, furniture suppliers, tile suppliers and watching how she put things together. My Mum has a really extraordinary eye for bring unexpected things together, and white was always a constant backdrop for her.”

Of course, Wilds does work in other palates. In a current Whistler project, the clients’ goal is to “honour the spirit of the structure with fir logs. There are all of these posts in the house that offer structural support. They look almost like a forest.”

Wilds and his Whistler clients decided to play up the posts, but then replace the matching doors and accessories. “Let the posts be the only woods in the house. Everything went to a creamy white. I added in an Austrian white ash floor. The Scandinavian spirit was really the vibe that we were looking to capture. All of my finishes were gold. We worked in a satin brass with the light fixtures. The creamy whites with the matte natural fir logs and the gold tones gives it a little bit of elegance and keeps it casual.”

Wilds did not start his working life as an interior designer. His first career was in theatre, where he did productions with the Arts Club, the Vancouver Playhouse and a number of seasons with the Shaw Festival in Niagara-on-the Lake. He also did voiceover work, and had roles in series from Cold Squad to Millennium, Godiva’s and Sherlock Holmes in the 22nd Century.

He enjoyed the acting work, but grew tired of it. “I knew my time was done. It was no longer fulfilling.” Having worked as a volunteer on crisis lines, Wilds enrolled in a Counseling Psychology program. “I’m a real advocate for it. I think the trip inside is the most important for us to take. I think counseling is an extraordinarily creative career.” It was not, however, the career for him. “I’m too sensitive, too empathetic. I take it on too much.” 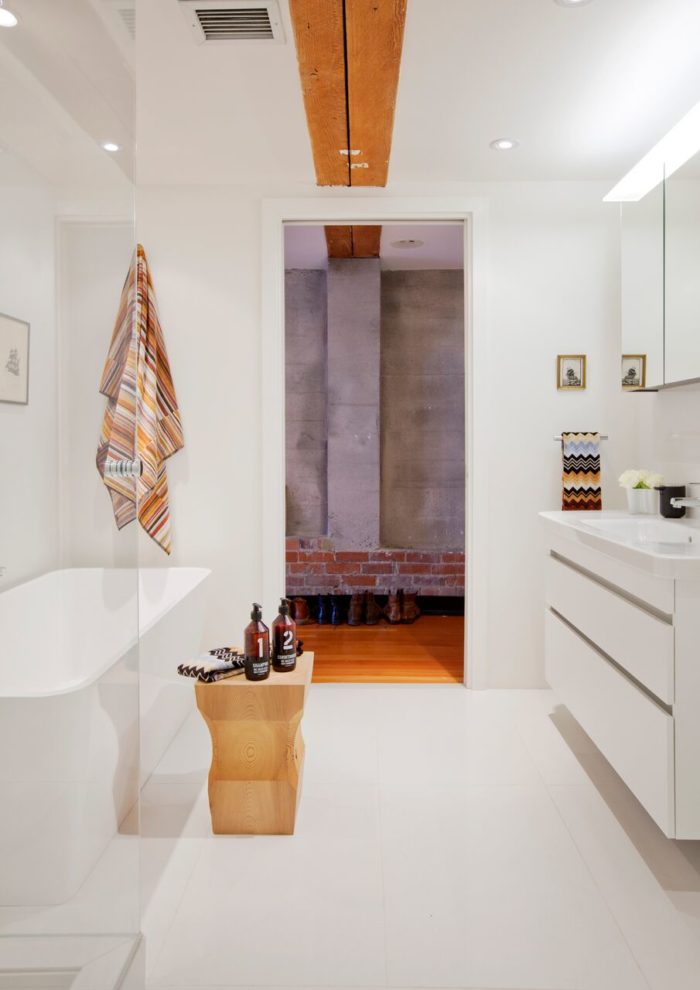 Wilds realized that he needed to be in a more hands-on, creative career. “I’m a real believer in beauty. I think it’s essential for humanity.” He was on a trip to Paris – “wandering the streets, thinking what am I going to do?” – when he landed on interior design. “It was the only thing that came back to me on a truly intuitive level.” He would be bringing in client skills from his work as a counselor, staging skills from the world of the theatre and, of course, the hands-on training he got wandering design aisles with his Mum.

Once Wilds knew that he wanted to be an interior designer, things started to fall into place. A fortuitous conversation with Stephanie Vogler led to a design job at The Cross Decor & Design. “Things seemed to align beautifully. I have so much respect for Stephanie Vogler and Darci Ilich. They are incredibly talented and creative business people. The vision and aesthetic of The Cross is so clear and distinct. Stephanie and Darci gave me a tremendous amount of freedom to express the company’s style and look, and still bring my own ideas and creativity into the mix.”

Wilds and the Cross design team attracted much magazine coverage for their lovely work. “I am still a loyal supporter and client of The Cross. I am a huge fan.” He enjoyed his work there for almost seven years. “It was incredibly demanding, but the opportunities and projects were fantastic.”

In 2011, Wilds gave into his strong entrepreneurial spirit and established Peter Wilds Design. “While it was terrifying going out on my own, it was still a natural progression. Leaving The Cross was an emotional experience. When I told Stephanie that I would be leaving, her first words back to me were: ‘I’ve been waiting for this day.’ We both got quite emotional.”

Now, Wilds, his contractor and crew continue to excel. “I’m driven, obsessive and love sourcing design ideas. I look everywhere for inspiration: nature, fashion, architecture, art, theatre, dance, film. And I love being a part of a creative design process. The relationship with my client is paramount and means everything to me. It is a fantastic collaboration.” 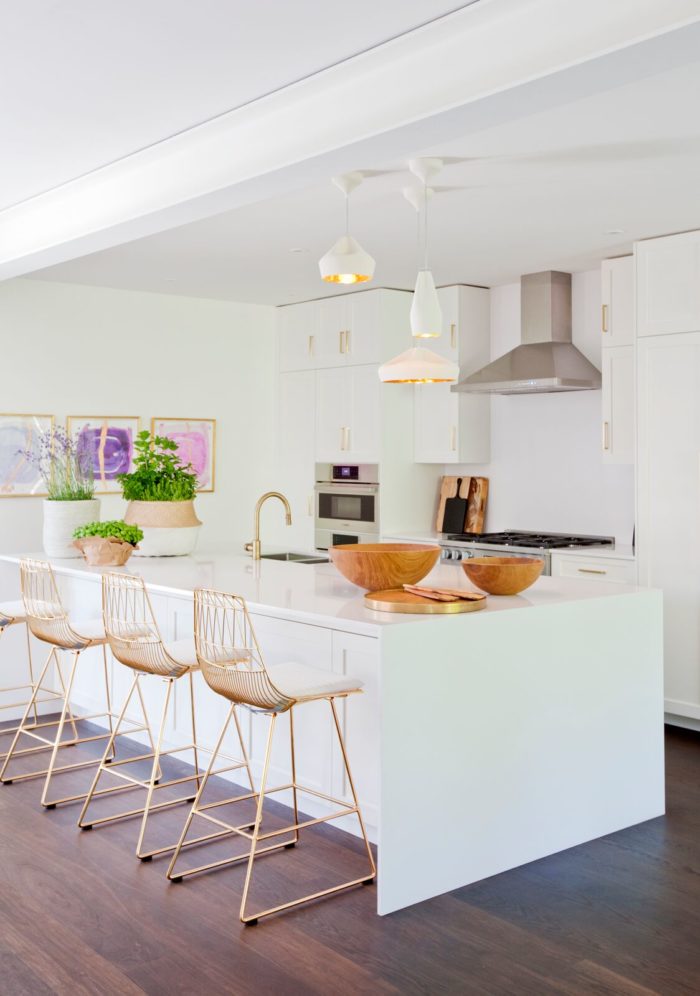 What advice would Peter Wilds offer to others who are feeling creatively stunted or at a career crossroads?

i. Tap into Transferable Skills.
‘I think we live in a time where it is quite natural to experience a variety of jobs/careers throughout our lives.’

ii. Be Open to Change
‘Life is about change. The more you embrace this principle, the easier you can adapt, be open and curious about the possibilities and pivotal encounters.’

iii. Recognize Success
‘I think success is scarier than failure. We know failure a lot more and continually create coping mechanisms for it. But success is about navigating uncharted territory. Sometimes we step back when we are on the precipice of success and positive change, because we don’t recognize where we are. And we are seeing ourselves in a new light. The stakes are much higher and risk of failure is greater. I always remind myself that it’s a marathon, not a sprint. And always go where people say Yes.’ 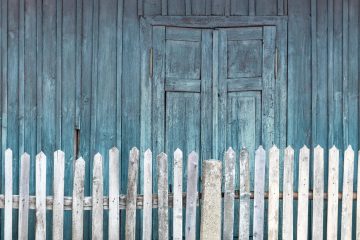 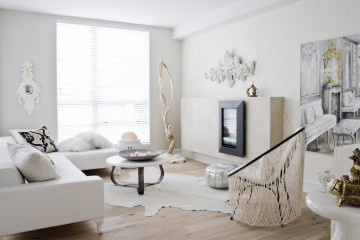