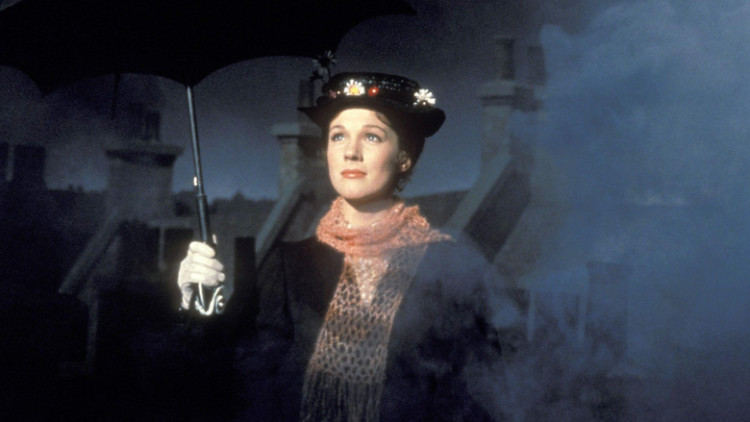 Poppins. Who else? Mary Poppins. How well do you know this beloved Disney film? It’s based on P.L Travers’ much darker book, directed by Robert Stevenson with music by the Sherman Brothers. Starring, of course, are Julie Andrews and Dick van Dyke.

Best beef up, before you head to the Stanley Industrial Alliance Stage to see the current musical version being mounted by the Arts Club.

Fill in the Blanks

4. Just a spoonful of sugar, helps the medicine go down, ……?

It is remarkable that Julie Andrews made her debut in this 1964 film and won an Academy Award, no less, for her portrayal of Mary Poppins. Then, just one year later, she starred in The Sound of Music.

All these years later, Mary remains relevant enough to merit her own scary recut.

And who should be starring in the upcoming Poppins sequel but a man who could not be more of the moment: Hamilton’s Lin Manuel Miranda. He’ll play a lamplighter named Jack opposite Emily Blunt as Mary Poppins and Meryl Streep as Poppins’ Cousin Topsy Tarlet, a maid. Emily Mortimer will play Jane Banks and Colin Firth, William Weatherall Wilkins.

1. In every job that must be done, there is an element of fun.

2. Close your mouth please, Michael. We are not a codfish.

3. What do you get when feed the birds? Fat birds.

4. Just a spoonful of sugar, helps the medicine go down, in the most delightful way.

5. Up through the atmosphere, up where the air is clear.

7. A British bank is run with precision.

8. Will you be good enough to fetch my hatstand please?

And Now We Bake