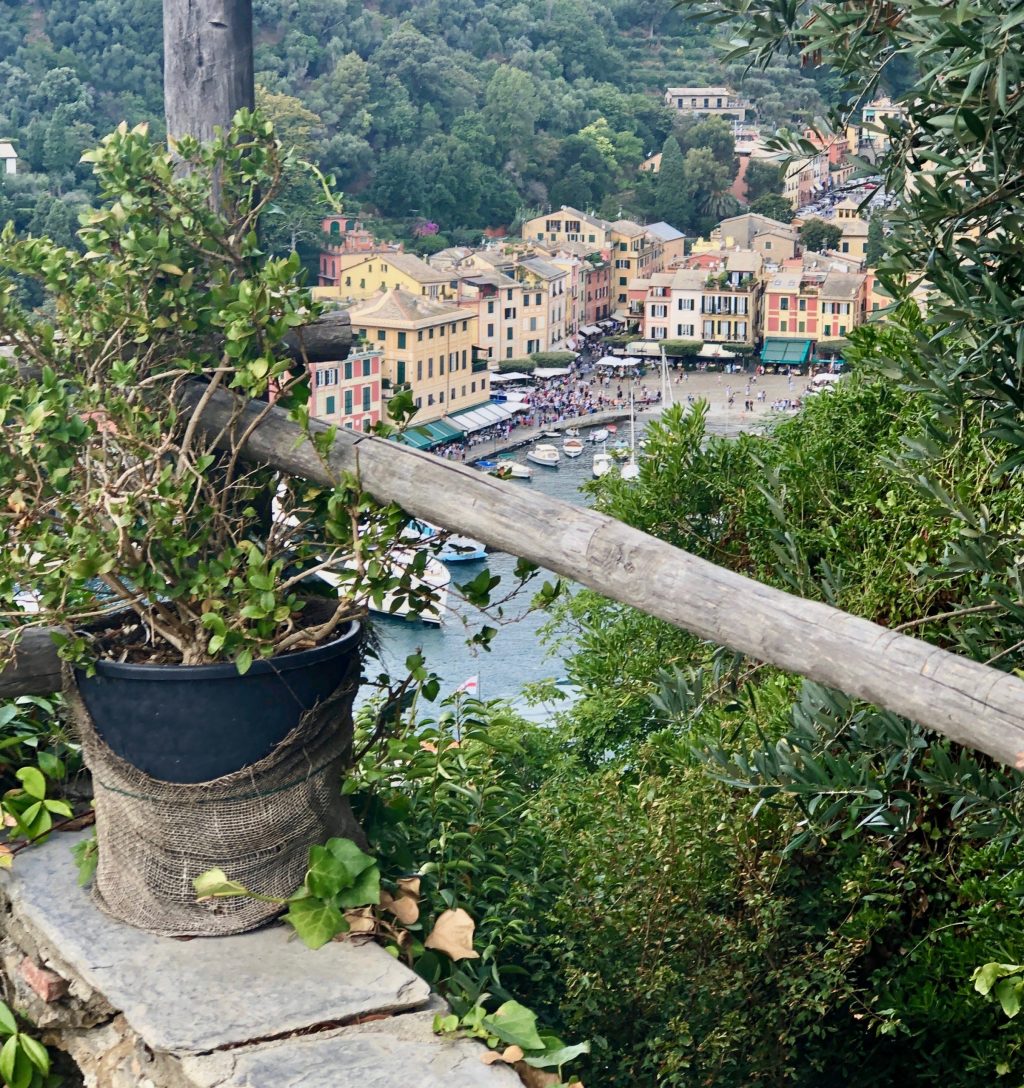 ‘It began in a woman’s club in London on a February afternoon – an uncomfortable club, and a miserable afternoon – when Mrs Wilkins, who had come from from Hampstead to shop and had lunched at her club, took up The Times from the table in the smoking room, and running her listless eye down the agony column saw this:

To Those who Appreciate Wisteria and Sunshine. Small medieval Italian castle on the shores of the Mediterranean to be let furnished for the month of April. Necessary servants remain. Z, Box 1,000, The Times.’

So started The Enchanted April, a best-selling 1922 novel by Elizabeth von Arnim. The British author both wrote and set The Enchanted April in Portofino’s 15th Century castle on the hill: Castello Brown, here called ‘San Salvatore.’ The novel follows four quite different women – ‘the artless Lottie Wilkins, the pious Rose Arbuthnot, the cantankerous Mrs Fisher and the haughty Lady Caroline Dester’ – as they rent a medieval Italian castle in order to escape the dreary English rain.

It was von Arnim’s novel that is said to have set off Portofino’s reputation as a must-visit destination on the Italian Riviera.

‘They passed along another flat bit of path, with a black shape like a high wall towering above them on their right, and then the path went up again under trellises, and trailing sprays of scented things caught at them and shook raindrops on them, and the light of the lantern flickered over lilies, and then came a flight of ancient steps worn with centuries, and then another iron gate, and then they were inside, though still climbing a twisting flight of stone steps with old walls on either side like the walls of dungeons, and with a vaulted roof.

At the top was a wrought-iron door, and through it shone a flood of electric light.

“Ecco,” said Domenico, lithely running up the last few steps ahead and pushing the door open.

And there they were, arrived – and it was San Salvatore, and their suitcases were waiting for them, and they had not been murdered.’

Elizabeth von Arnim’s novel was adapted into an Academy Award-nominated film in 1991.

In 2013, Portofino had another star turn in Martin Scorsese’s much nominated film: The Wolf Of Wall Street.

Here’s hoping that corona is soon crushed in Italy and all of the other countries so seriously or newly affected. An appreciation, meanwhile, for this beautiful, bustling Ligurian town that has inspired so many artists. 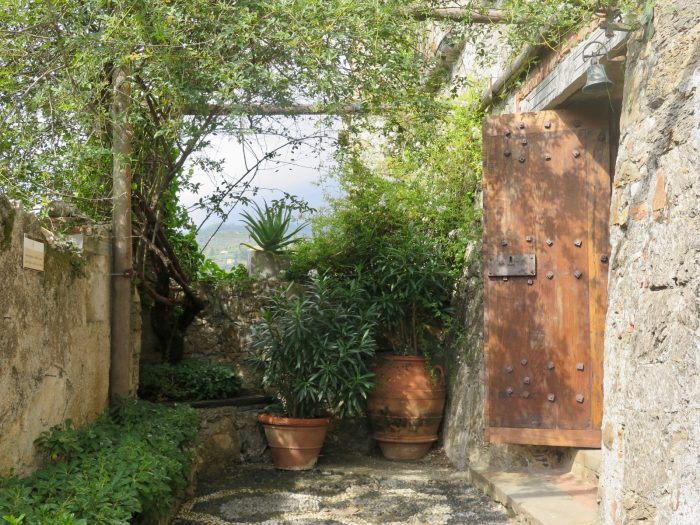 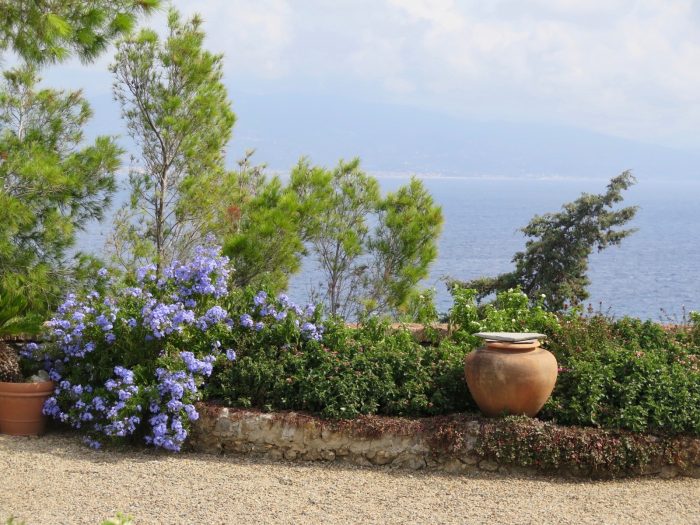 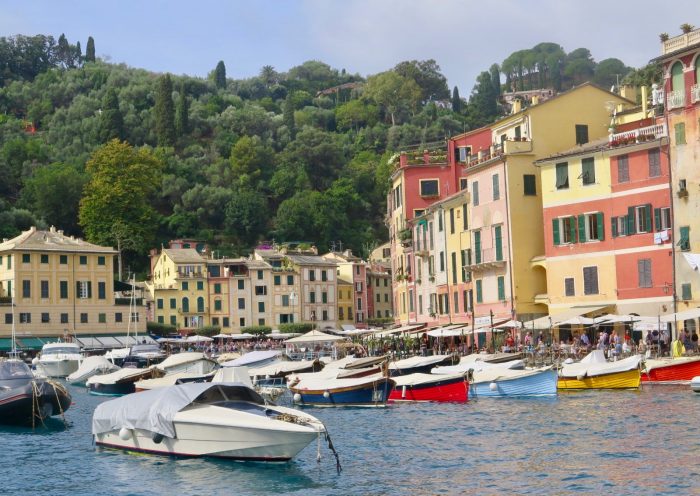 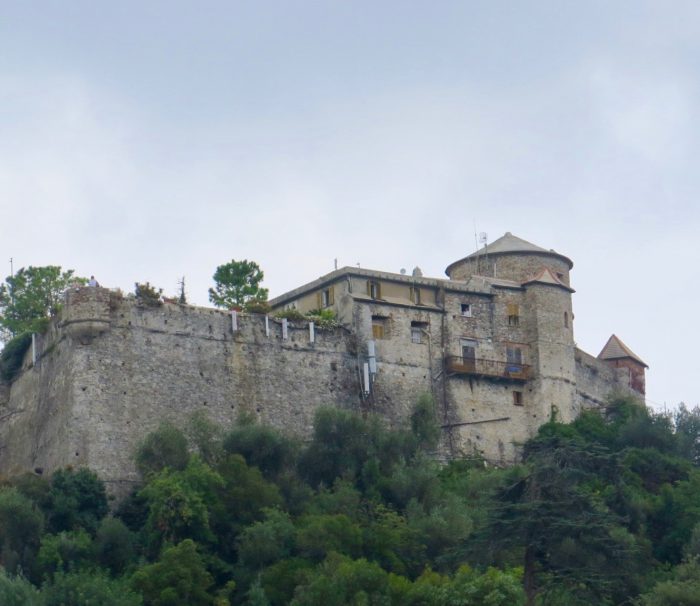 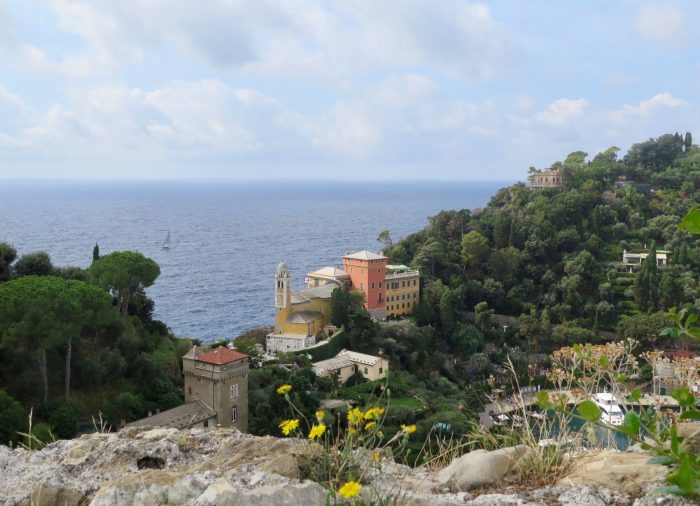 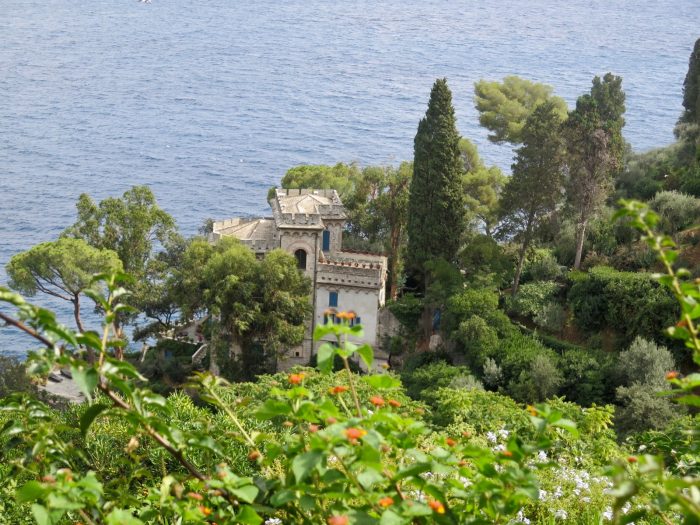 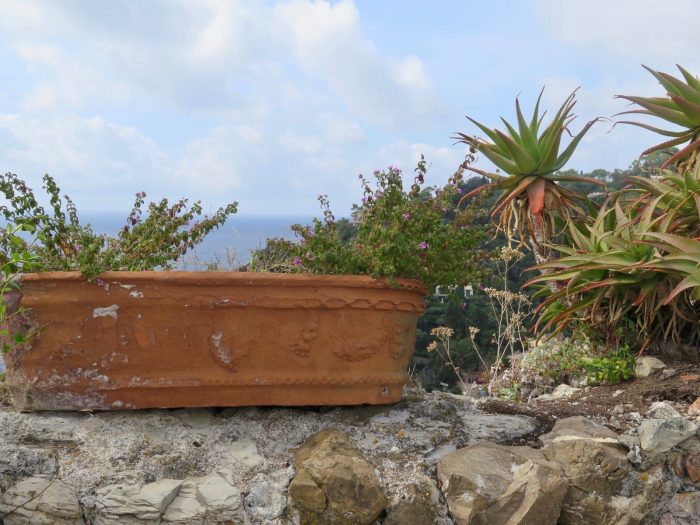 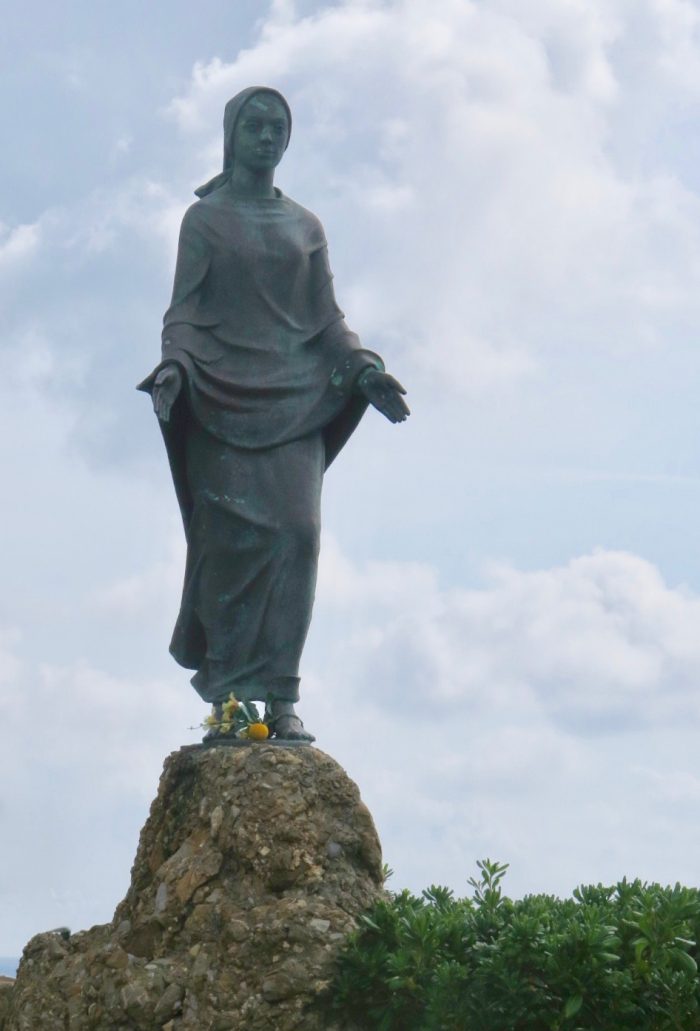 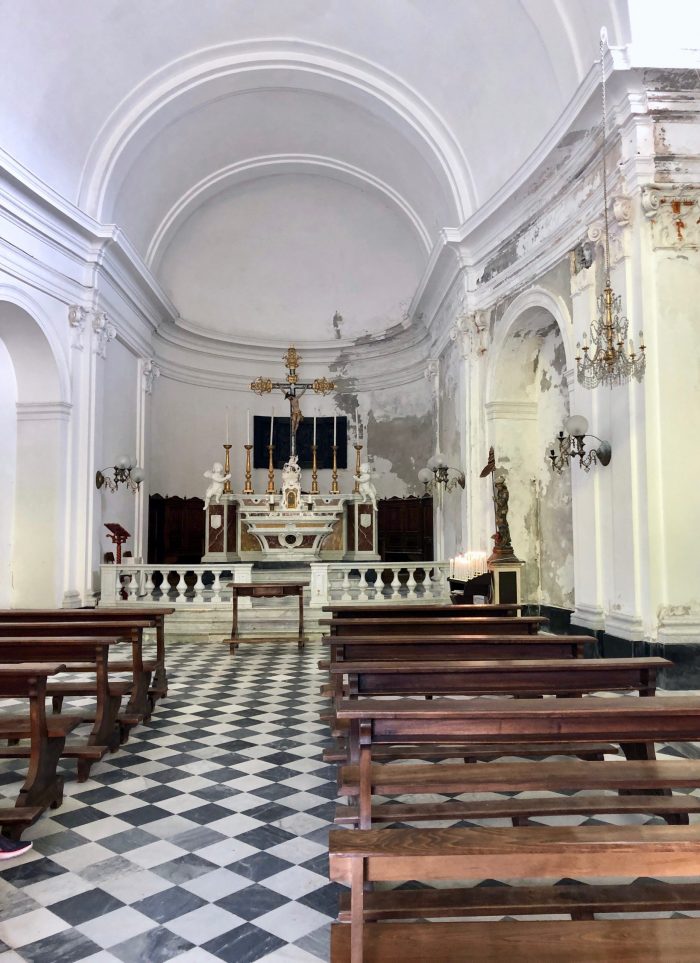 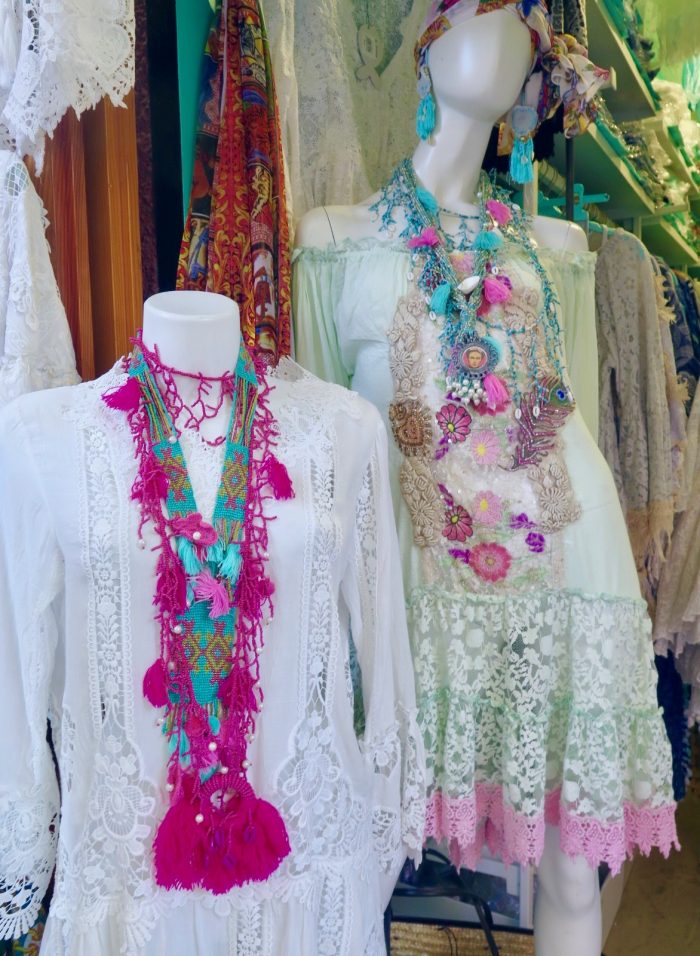 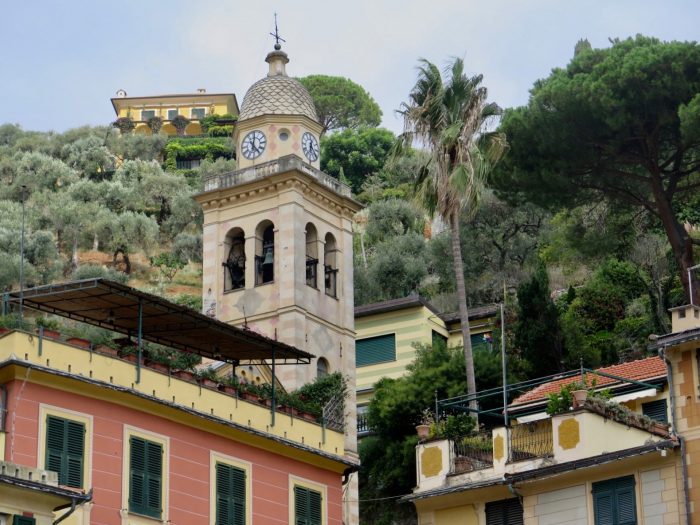