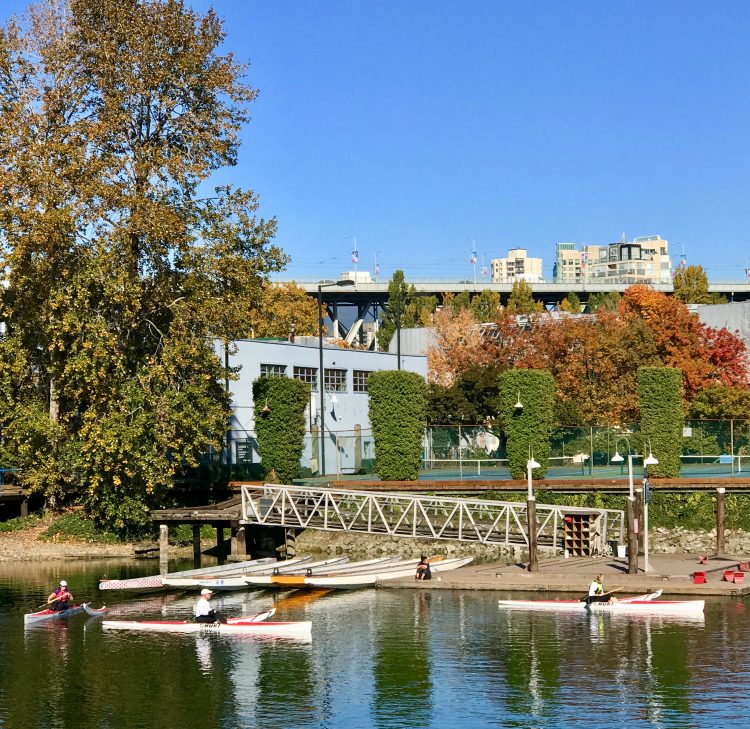 This may not yet be the most glorious October in Vancouver history. On October 11th, 1991, for instance, the temperature went up to 23.7 degrees Celsius. On Halloween night of 1984, on the other hand, trick or treaters had to contend with a low of minus 5.9 C.

For the next few days, the forecast says we will achieve daily temperatures well above the 10.3 C average we have experienced here from 1981 to 2010. Perhaps a stroll around Granville Island would be in order.

As you wander near the tennis courts and kayakers,  you will find Pressure Group 6, Barry Cogswell’s 8 x 17 x 6 Cor-ten steel sculpture. Created between 1976-82, this sculpture’s corrosion-resistant, weathering steel was well able to withstand the 82 km/hr winds of October 28th, 2003 and the 85 mm of rain on October 16th of the same year.

‘Pressure Group 6 was simply an enjoyable opportunity to make a final welded sculpture,’ wrote the London-born Cogswell. ‘These pieces from the early nineteen-seventies were explorations into the ability of specific forms to suggest illusionary surfaces that continue from the sculpture to the surrounding space.’ 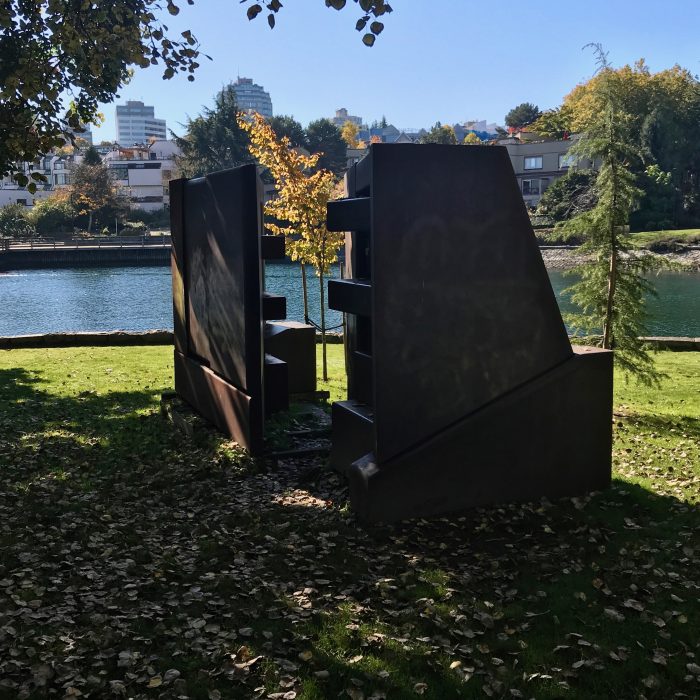 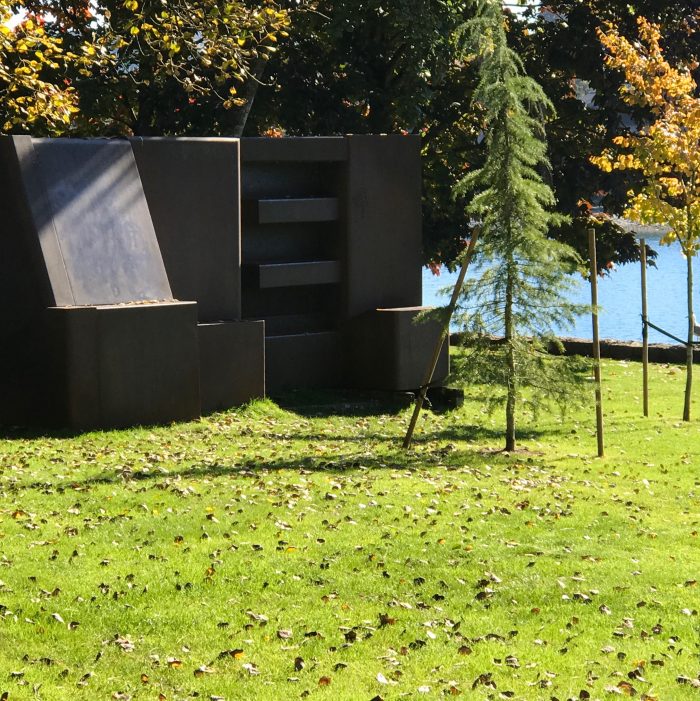 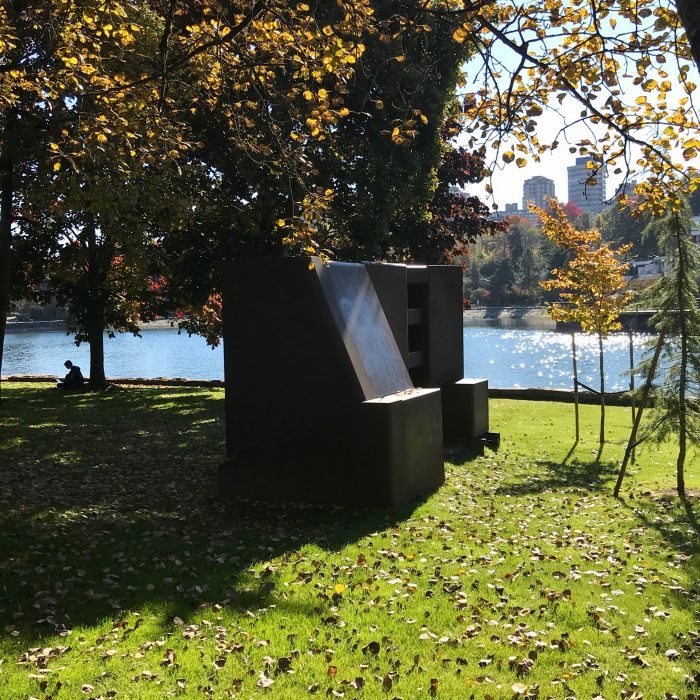