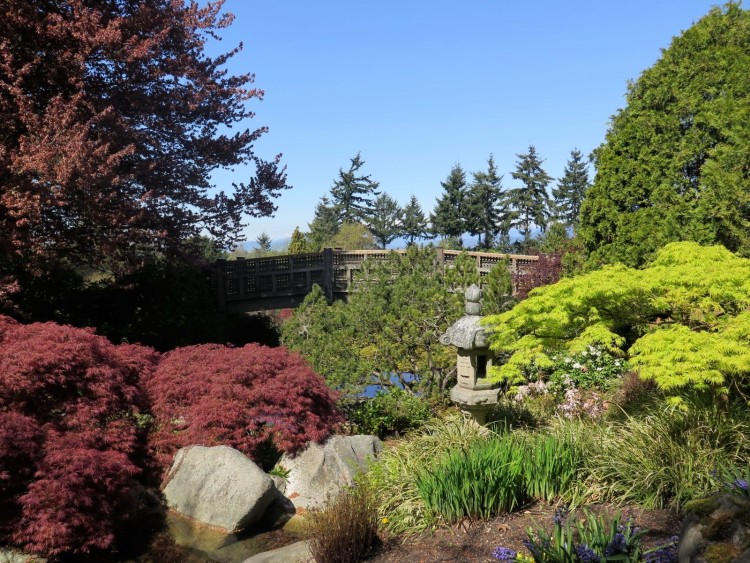 Situated at the highest point in Vancouver, Queen Elizabeth Park offers spectacular views of the city and is free for the wandering. You will find painters and photographers a-plenty, moving from one spot to another, looking to capture the best views. And the views are spectacular: across the city, over the water to the North Shore and up the mountains to the famed Lions peaks. 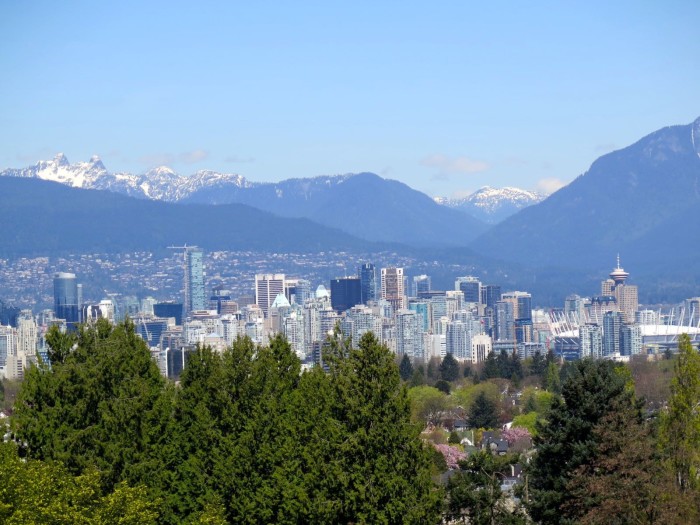 Little Mountain had been a rock quarry, but in 1930 the BC Tulip Association proposed turning the sunken site into gardens. It was Bill Livingstone, a Parks Board Deputy Superintendent, who designed the quarry gardens and presented them to the public in the early 1960’s. 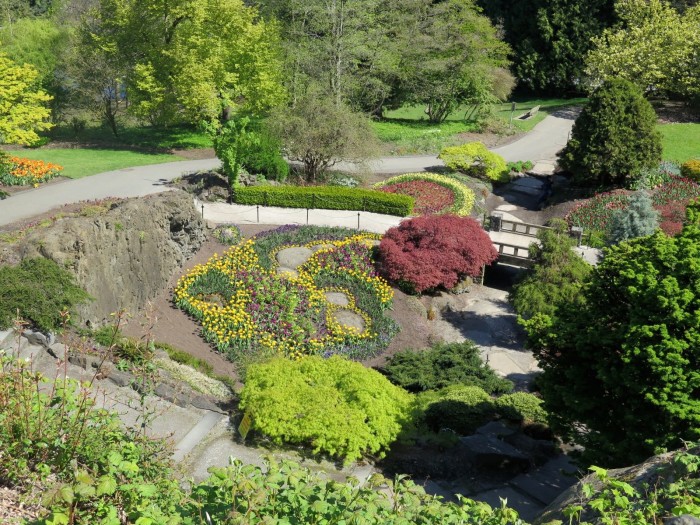 The Bloedel Floral Conservatory was funded primarily by a donation from lumber tycoon Prentice Bloedel and his wife Virginia. This was Canada’s first geodesic conservatory and it was built of 2,324 pieces of aluminum tubing and 1,490 triodetic plexiglass bubbles. 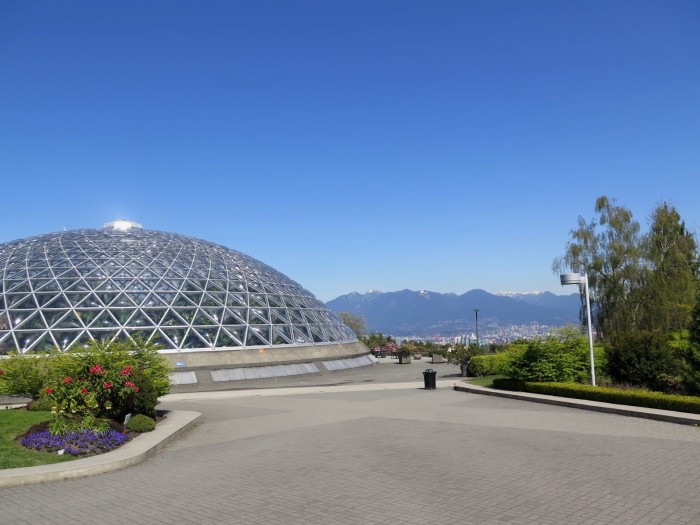 Behind the dome and feted by the  fountains is Knife Edge – Two Piece by famed sculptor Henry Moore. 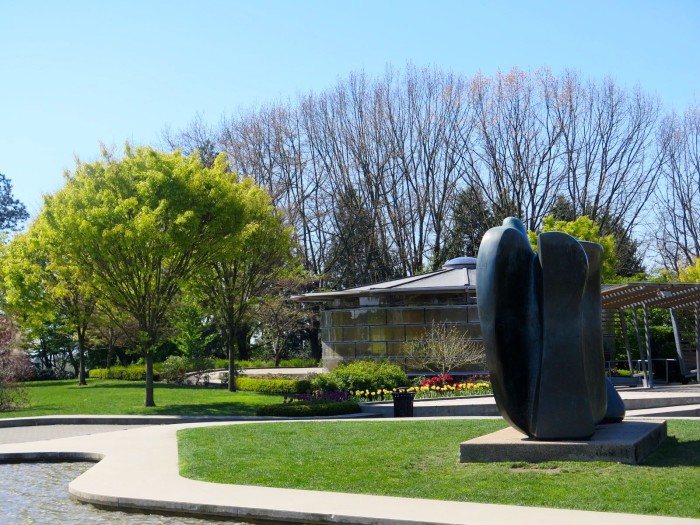 You won’t have to wait long to see visitors posing by J Seward Johnson’s bronze sculpture, Photo Session, installed in 1984. 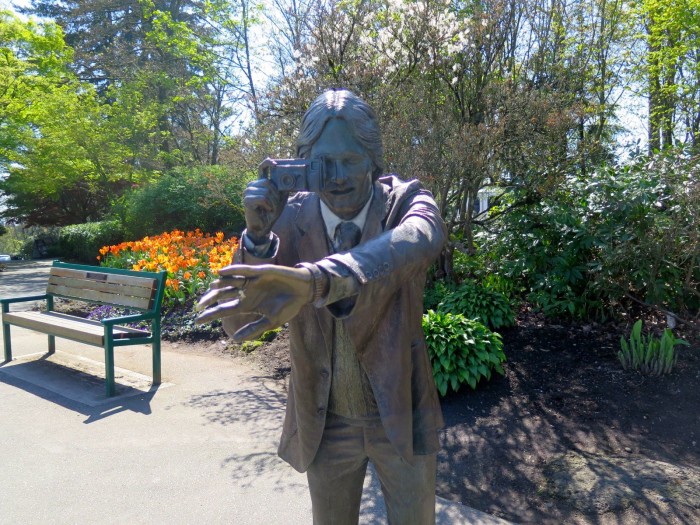 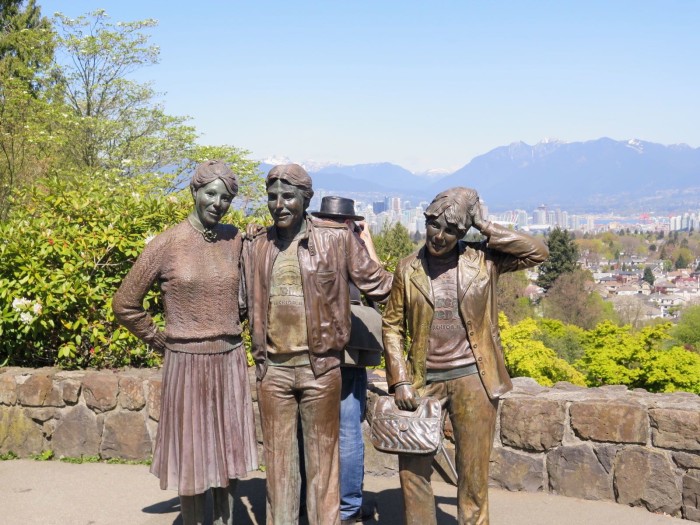