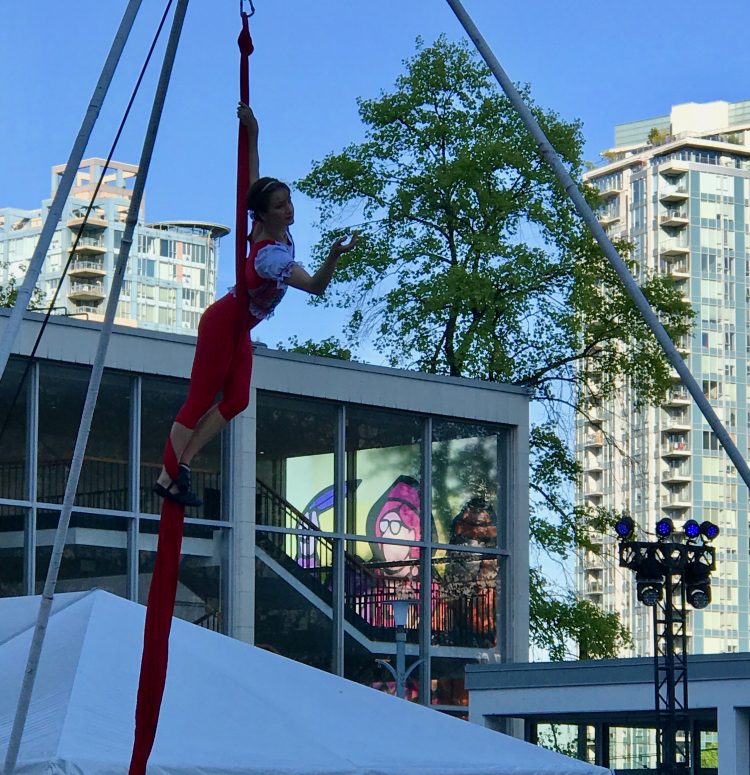 When Queen Elizabeth visited Vancouver in 1959, we kept her busy. There was a visit to the newly opened UBC Faculty Club and the opening of the Deas Island Tunnel. The latter involved QEII giving Premier WAC Bennett a dime in exchange for a fancy pair of sterling silver scissors.

This was not just a British bargain, it was a sign of lasting friendship. An old English tradition said that if a gift of scissors was reciprocated with a coin, the relationship would not be severed.

On July 5th of 1959, the Queen Elizabeth Theatre opened in QEII’s honour. It was built by architects Affleck, Dimakopoulos, Lebensold, Desbarats, Michaud and Sise from Montreal. In 2010, Proscenium Architecture completed a long-term renovation plan, particularly focused on acoustics.

As the Theatre continues to thrive, the Plaza outside the QET has also become a vibrant venue for outdoor performances, holiday and farmers’ markets. Recently, for instance, the Vancouver Opera and CircusWest joined forces to produce a Scarlet Sails love story at the Plaza.
~ 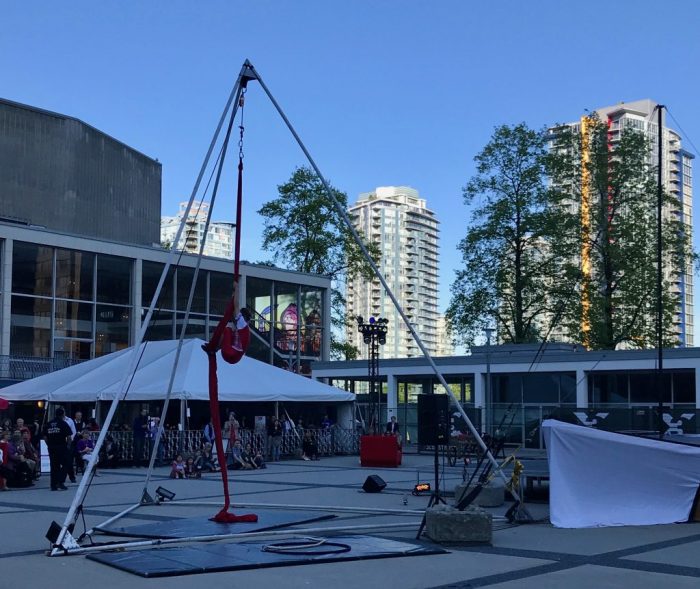 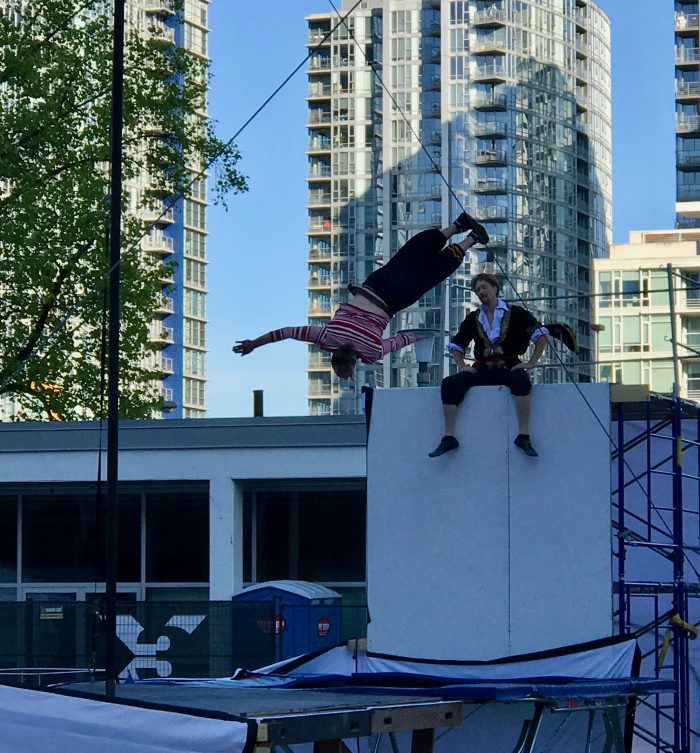 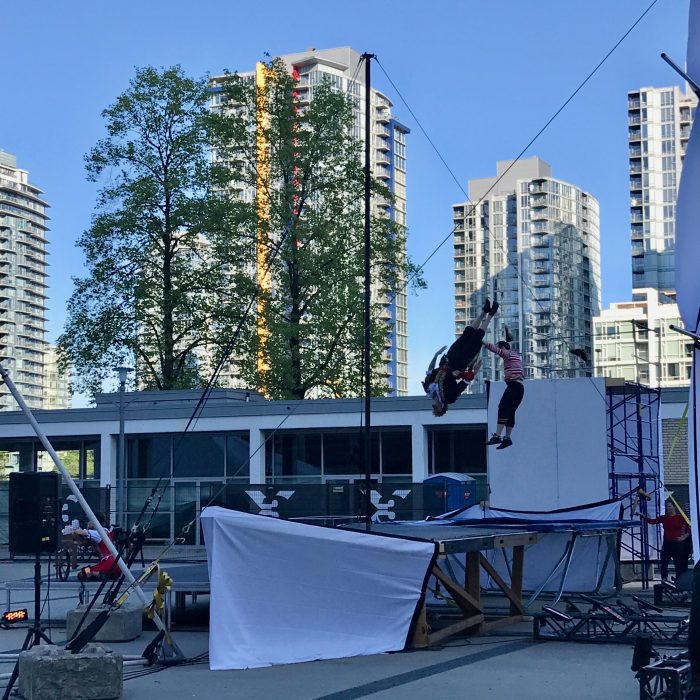