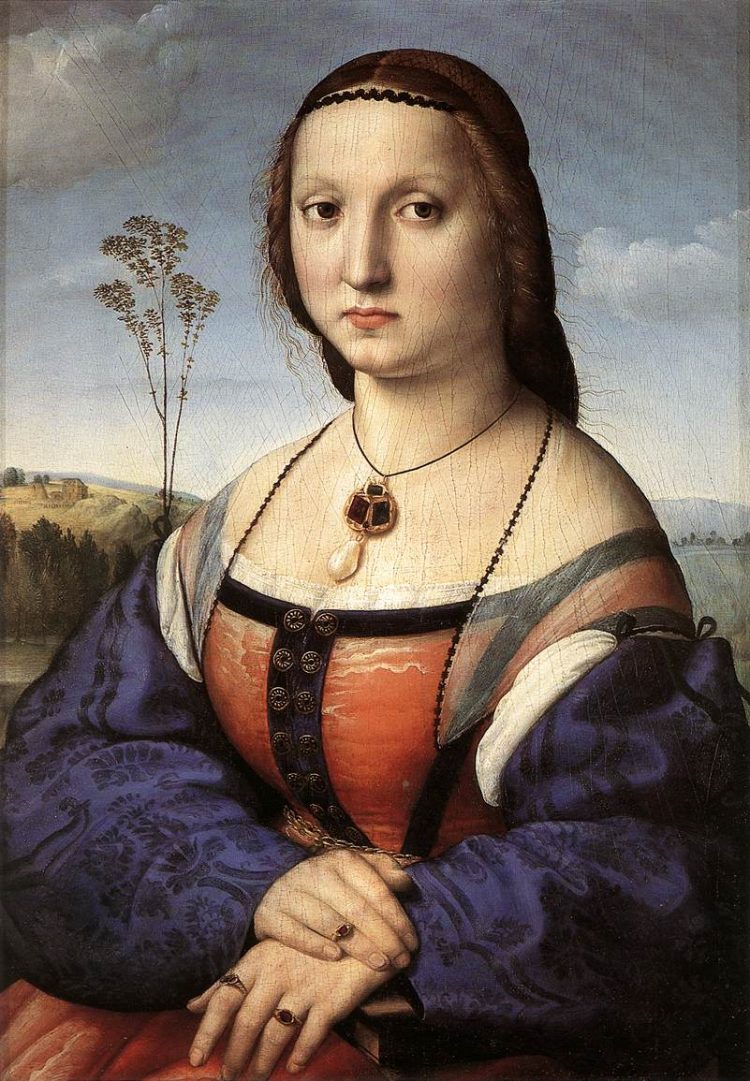 ‘Time is a vindictive bandit to steal the beauty of our former selves. We are left with sagging, rippled flesh and burning gums with empty sockets.’

So wrote Italian Renaissance painter Raphael, born April 6, 1483 in Urbino. Time was not kind to Raphael. His mother died when he was nine; his father two years later. Raphael himself died at the age of thirty-seven.

But, Raffaello Sanzio da Urbino – who was also a poet, draftsman, archeologist – made extraordinary use of the time he was given. After the death of his father Giovanni Santi, painter for the Duke of Urbino, the 11 year old Raphael took over his studio and quickly made his mark as a painter of exceptional quality.

Raphael went on to work in Perugino, Florence, and eventually Rome where he painted in the Vatican. In his short life, Raffaello Sanzio da Urbino also made his mark in architecture. He was commissioned to design palaces and served as Chief Architect for Pope Julius II.

Much mystery and gossip surrounded Raphael’s early death, but his legacy remained. A translation of the inscription that Cardinal Pietro Bembo wrote for his tomb in the Pantheon reads:  ‘Here lies Raffaello  who, when alive, Nature was afraid to be won by him, when he died, she wanted to die herself”.

To mark the 500 year anniversary of Raphael’s death in April, 1520, The National Art Gallery of London is supposed to be mounting a 2020 exhibit of Raphael’s paintings, drawings, tapestries. Curated by Matthias Wivel, the exhibit is scheduled to run from October 2020 to January 2021 and will include works from The National Art Gallery’s significant Raphael collection and loans from museums across the world. 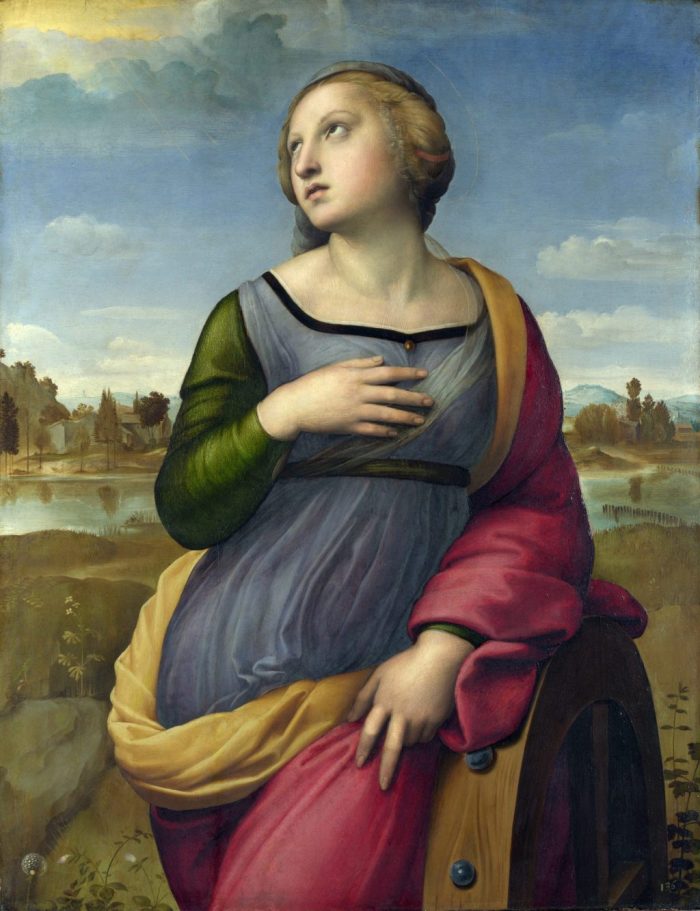 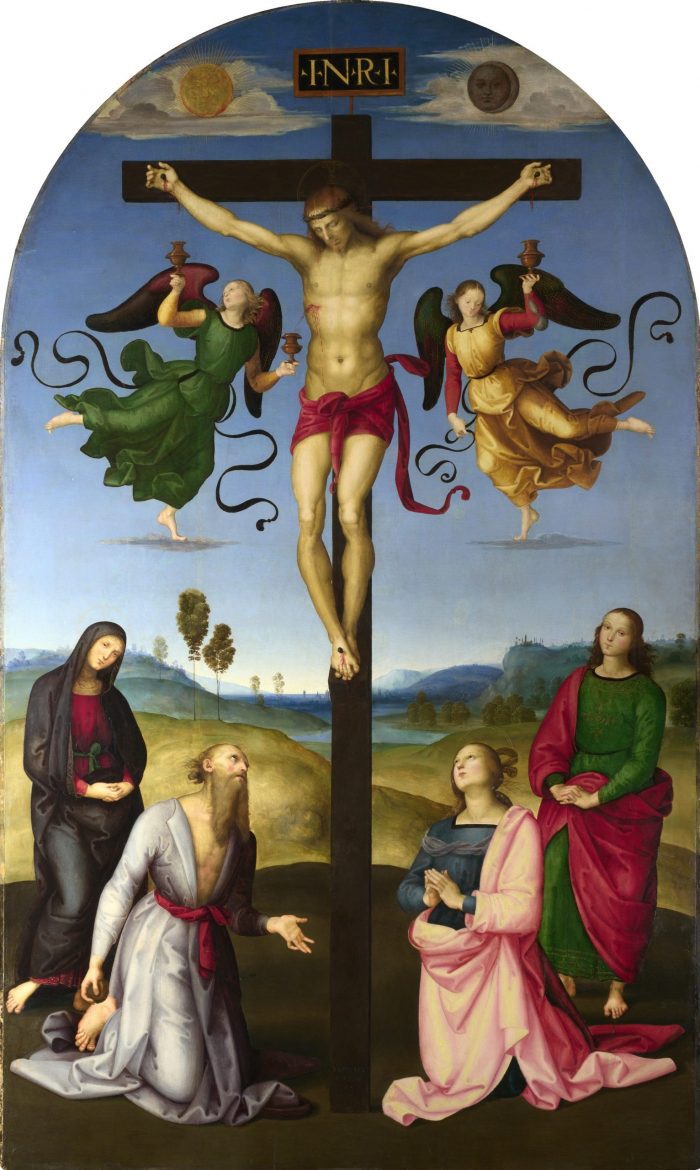 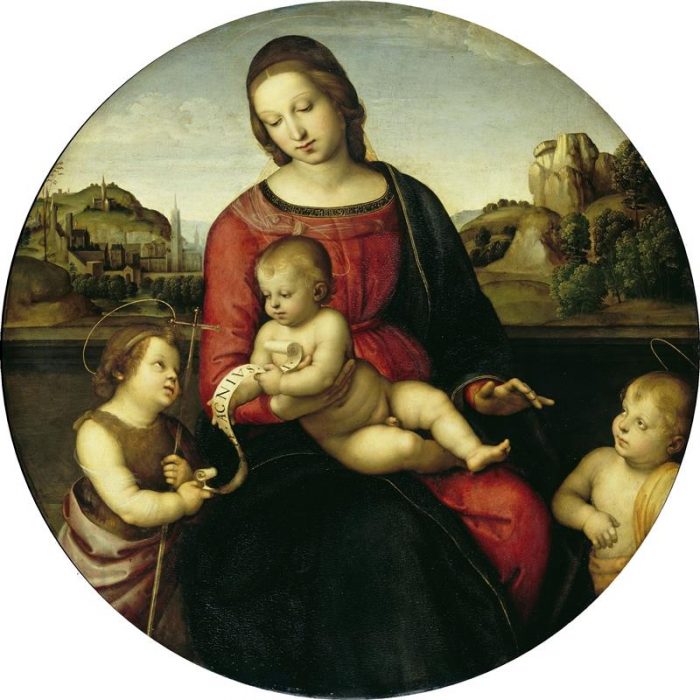 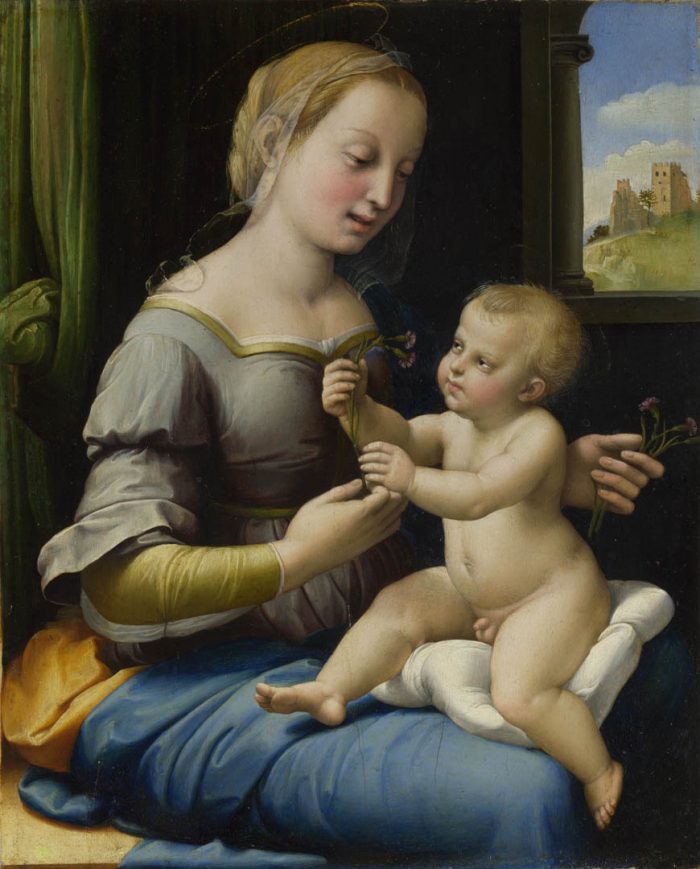 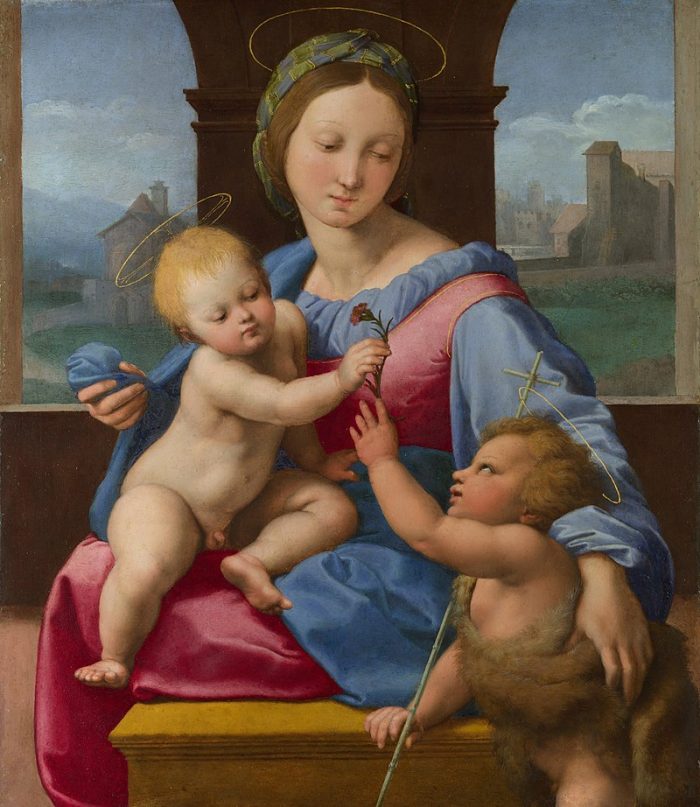 360 Tour of Raphael Rooms in the Vatican Museum 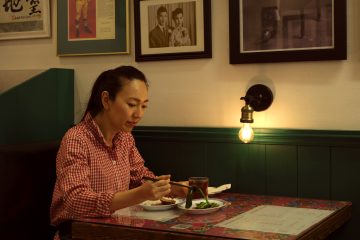