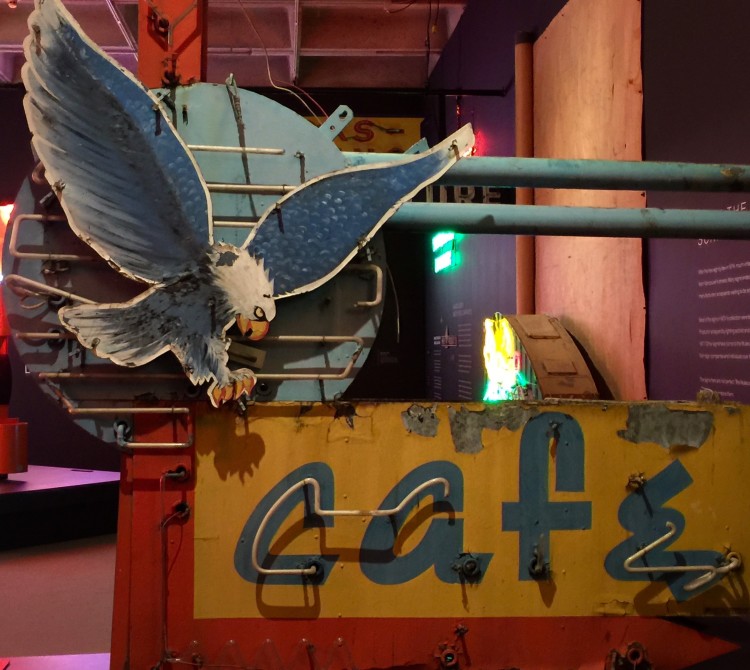 It was the neon lady’s fault. This flashing bombshell turned here and there, courtesy of a 40 foot span neon swing. She was said to be so enchanting that drivers who passed her 1234 Kingsway Street car dealership could not focus on the road and started crashing into each other. This Petty Girl was transforming the intersection at Kingsway and Inverness into the most dangerous intersection in all of Vancouver.

The traffic stats didn’t bear out the urban legend, but the neon lady was sacrificed nonetheless. Down she came, another victim of the ‘Ugly Neon’ movement.

Vancouver mounted its first neon sign in 1925 on Granville Street. By the 1950’s, our city was a world leader in signs made from this deeply coloured noble gas. A 1953 sign association estimated that Vancouver had 19,000 working neon signs. Says Andrew Hibbs, a neon artist currently working in our city: “Vancouver was second only to Shanghai for signs per capita.”

In the eyes of some, this neon brought character and artistry to our diverse neighbourhoods. Chuck Davis’ 1976 classic, The Vancouver Book, has a list of the Best Neon Signs Around Vancouver. 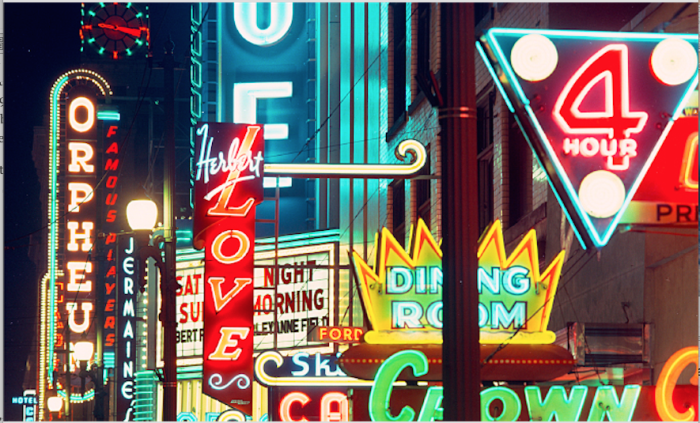 In the eyes of others, the proliferating neon was an eye sore. “People were afraid Granville was looking too much like Vegas,” says Endeavour Neon’s Andrew Hibbs. “I would love to have seen that.”

Not so journalist Tom Ardies. In a 1966 Vancouver Sun article entitled Let’s Wake Up from Our Neon Nightmare, Ardies wrote: “We’re being led by the nose into a hideous jungle of signs. They’re outsized, outlandish, and outrageous. They’re desecrating our buildings, cluttering our streets, and — this is the final indignity — blocking our view of some of the greatest scenery in the world.”

The City’s Environmental Committee complained about ‘visual pollution’ and enacted a sign by-law in 1974. Over time, the rules got more and more stringent, and more and more neon came down.

Today, there is a renewed appreciation for artful neon, vintage and new. The Museum of Vancouver has rescued dethroned signs from the 50s, 60s and 70s and installed them in an ongoing exhibit. Some long-time Vancouverites might recognize signs from their youth – Owl Drug, the Drake Hotel, Regent Tailors. 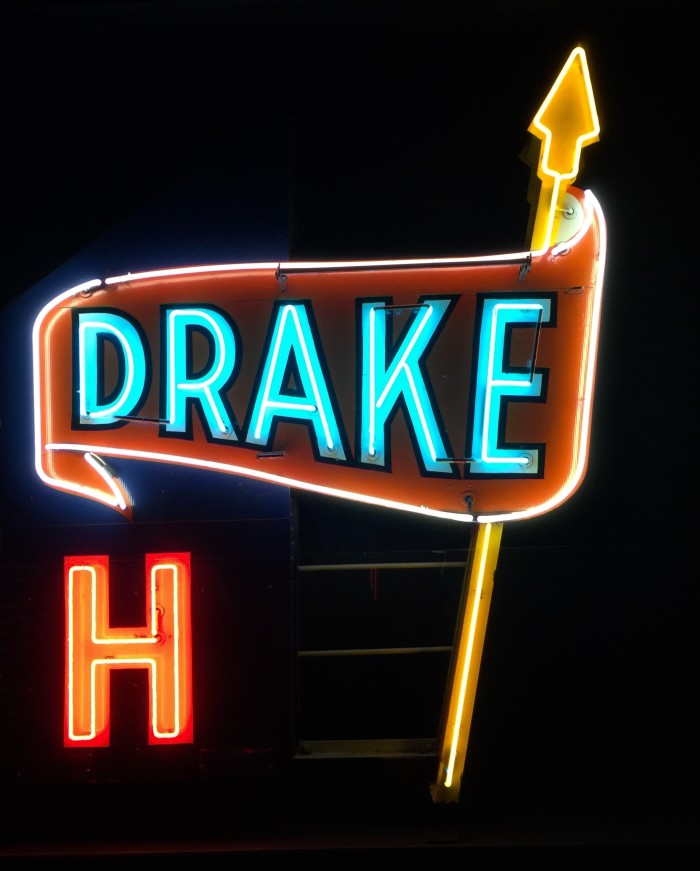 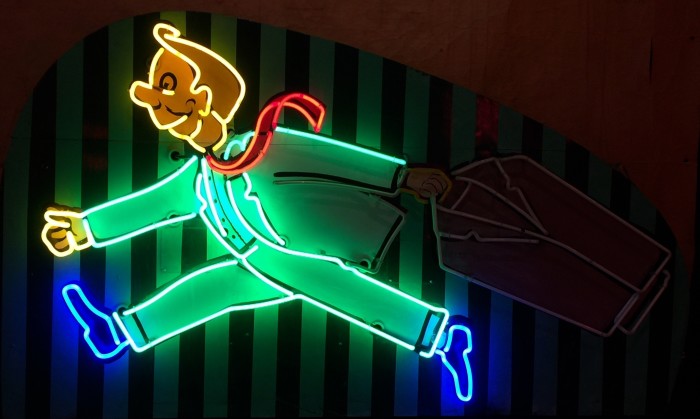 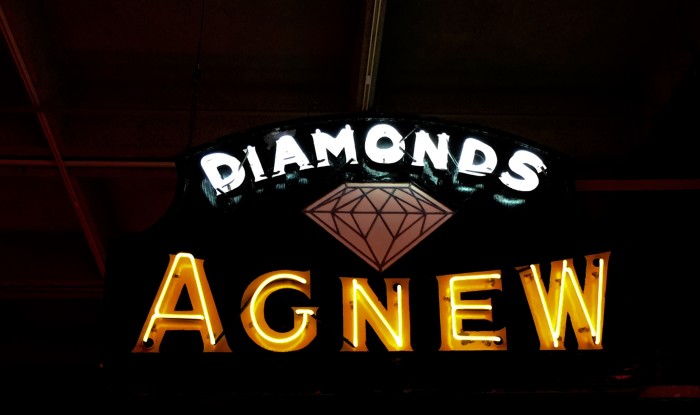 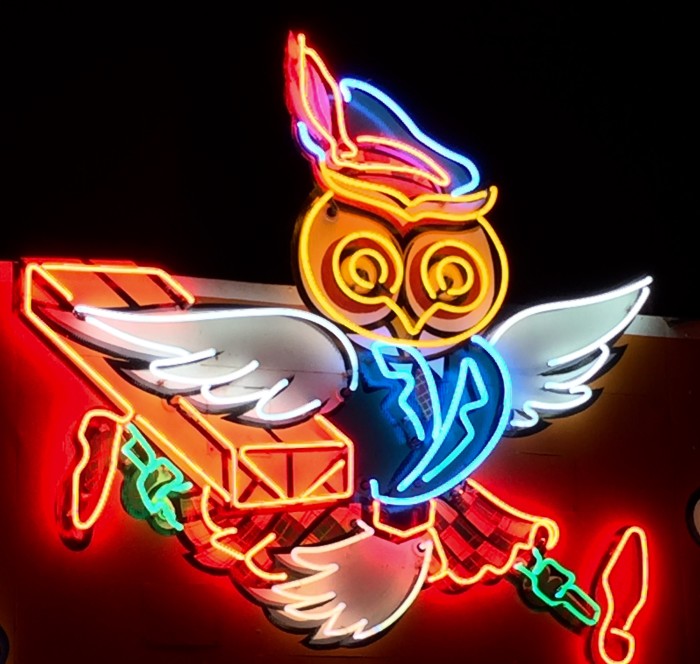 The MOV exhibit was curated by Joan Siedl and is complimented by photography from Walter Griba. 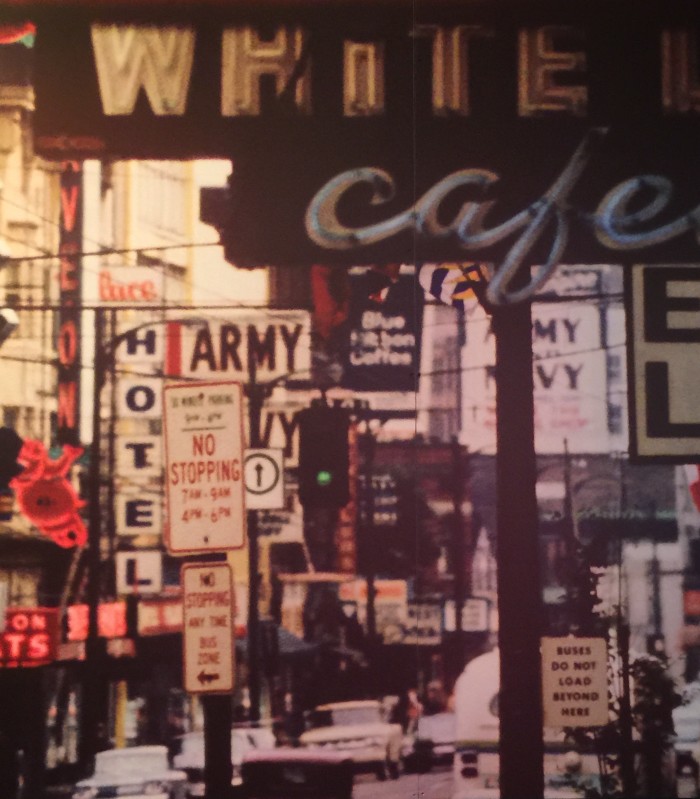 The Museum has also created The Visible City – an online exhibit of Vancouver neon signs, current and historic.

If You Build It