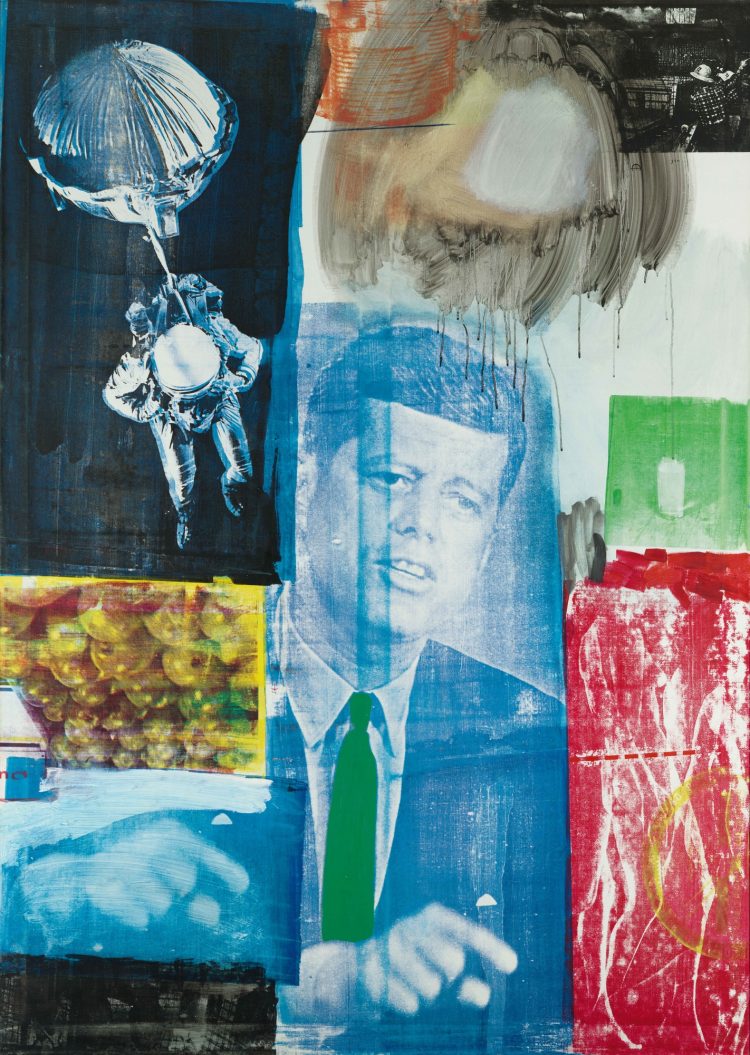 “A pair of socks,” Robert Rauschenberg declared, “is no less suitable to make a painting with than wood, nails, turpentine, oil and fabric.’

This American artist – who was born 1925 in Port Arthur, Texas and died 2008 in Captiva, Florida – didn’t use socks to create his renowned painting Bed, featured below. He did, however, use an old pillow, sheet, and quilt. Next came pencil scribbles, then splashes of paint. “Also,” he said in a 2006 interview with MOMA, “two of the honest ingredients in this painting are red fingernail polish and green toothpaste.”

Rauschenberg – an inspiration to many of the Pop Artists who followed – went on to create a number of these ‘combines’ incorporating found objects into abstract paintings. Bed “was very simply put together,” Rauschenberg said, “because I actually had nothing to paint on. Except it was summertime, it was hot, so I didn’t need the quilt. So the quilt was, I thought, abstracted. But it wasn’t abstracted enough, so that no matter what I did to it, it kept saying, “I’m a bed.” So, finally I gave in and I gave it a pillow.”

Bed lives in New York’s MOMA, but you can see an interesting sampling of Rauschenberg’s work – from his combines to his billboard-sized prints to his fabric creations – at the Vancouver Art Gallery’s Robert Rauschenberg 1965-1980 exhibit. It’s an exhibit largely built from the VAG’s own collection. 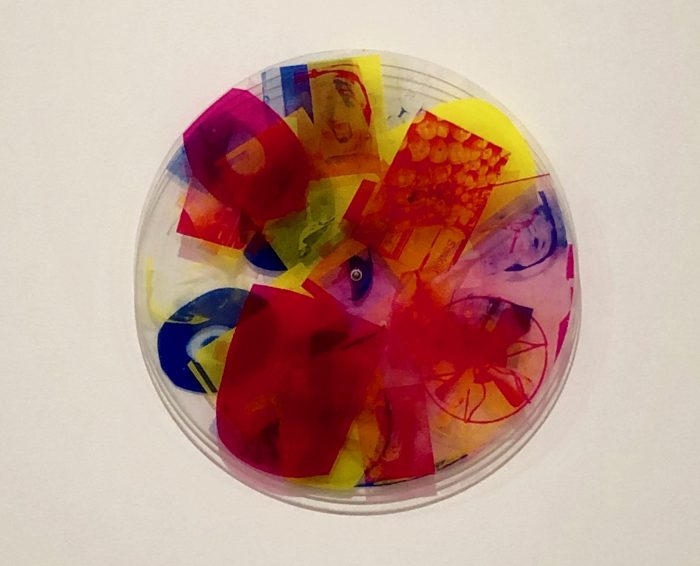 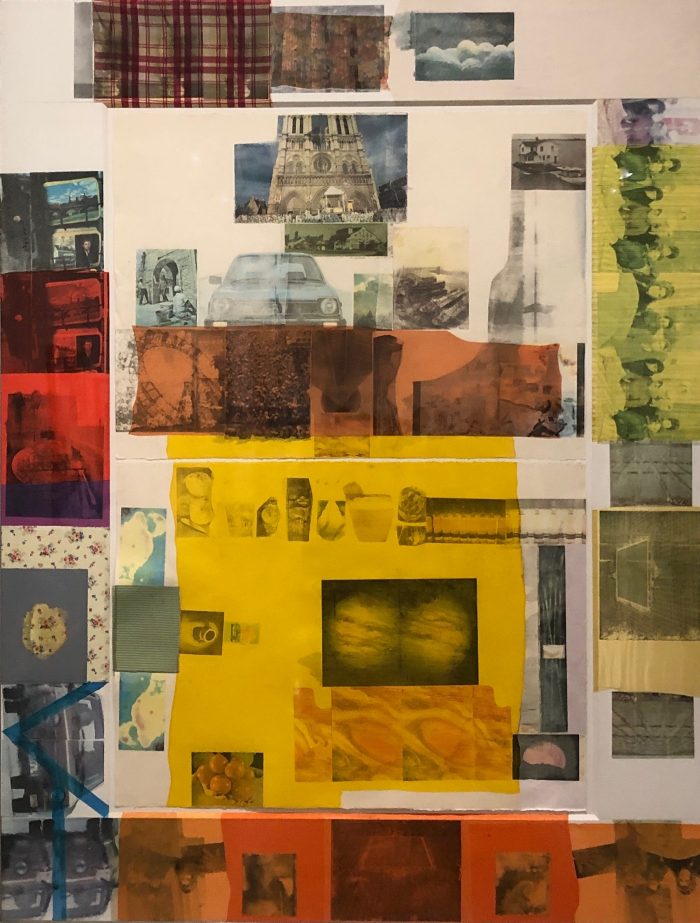 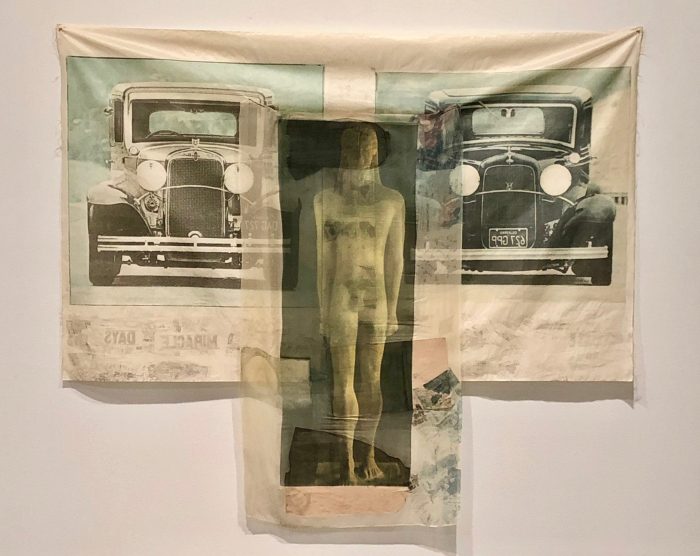 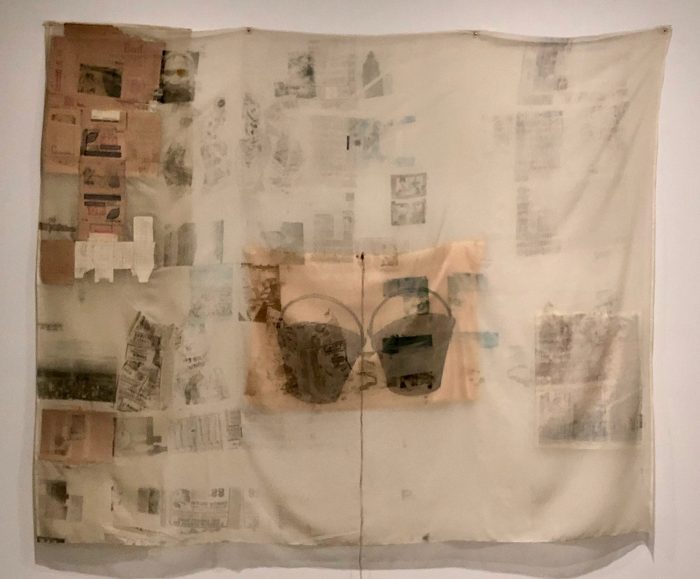 The VAG’s Rauschenberg exhibit is scheduled to run until January 26, 2020.