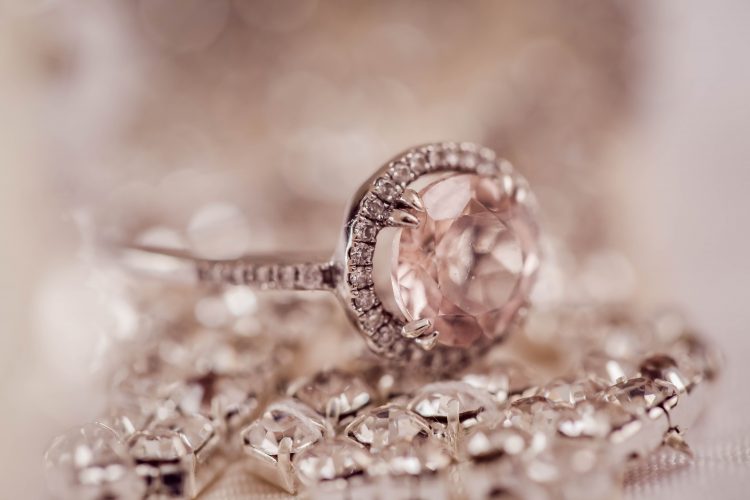 What is one spot, anywhere in the world, that you think would be particularly romantic for a proposal?

In their 2018 analysis of 10,000 proposal hashtags, the UK’s hitched built their Top Ten proposal spots across the world.
~ 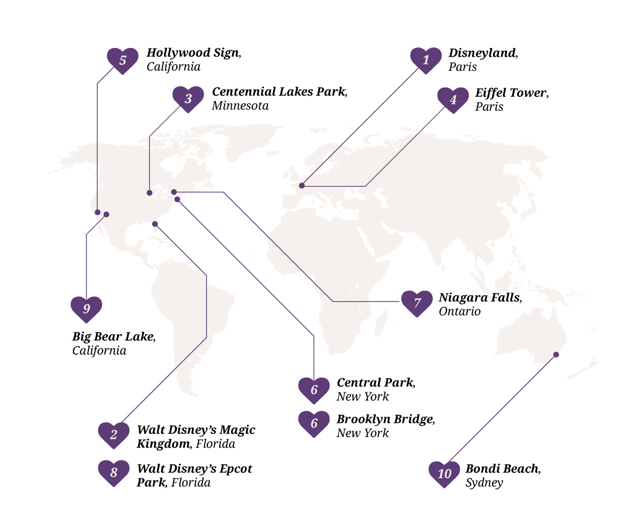 ~
According to the Ingle & Rhode’s analysis of proposal hashtags and 250,000 photos, Vancouver ranks #11 in most popular cities for Instagrammers to propose. 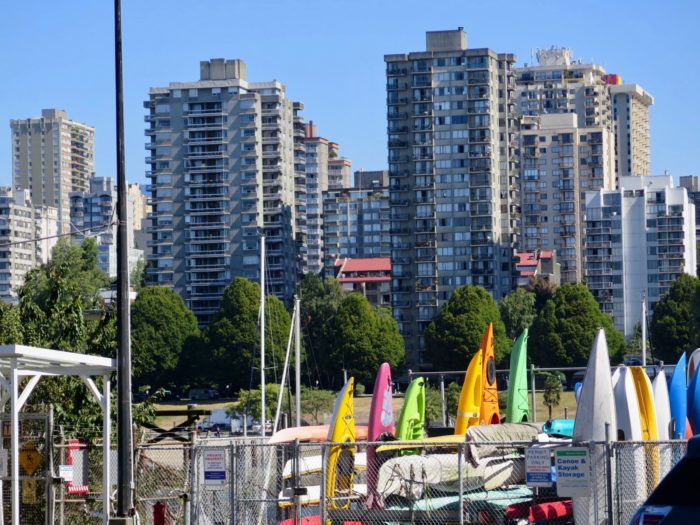 Here, in our fair city, there are plenty of gorgeous places to propose: one of the mountains – Grouse, Cypress, one of the beaches – Jericho, Second, Ambleside. There are paddle boards, kayaks, sailboats. For a little extra adrenaline, there is the Capilano Suspension Bridge. There are the Parks – Stanley, Queen Elizabeth, UBC Botanical, Van Dusen, Dr. Sun Yat Sen, Whytecliff, Lighthouse. Try the Sea Wall, if you’re not sure how long it will take you to work up the nerve. Or the 9 o’clock gun if you’re a precision performer.

This short from talented Vancouver filmmaker Joel Schat might give you some other proposal ideas.
~

~
Since 2005, men and women packing rings have also been luring their intendeds down to Dennis Oppenheim’s Engagement sculpture. Given the two giant giveaway rings – 3501 pounds of plexiglass, rolled steel, aluminum, electrical lights and paint – proposers have to master the poker face as they head to Huntington Meadow in Sunset Beach Park, a few minutes east of the heart of English Bay. 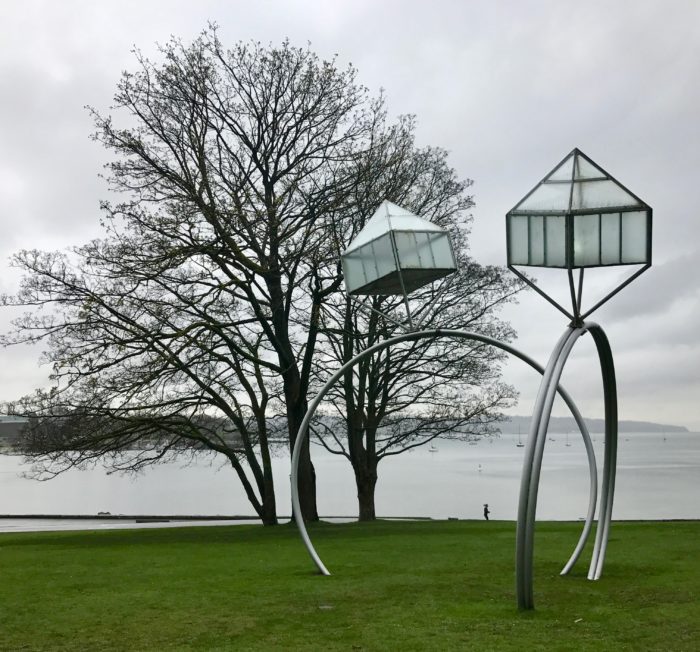 Conceptual artist Oppenheim, who passed away in 2011, was born in Electric City, Washington and lived in New York City. One version of his Pop Art style, giant ‘diamond’ rings stood north of New York’s Flatiron Building for six months. Other versions have been displayed around the world, from San Diego, California to Ruoholahti, Finland.

The artist didn’t like to over-analyze his works in public, preferring to leave that to the viewer. Most do note that the rings are leaning away from each other slightly.