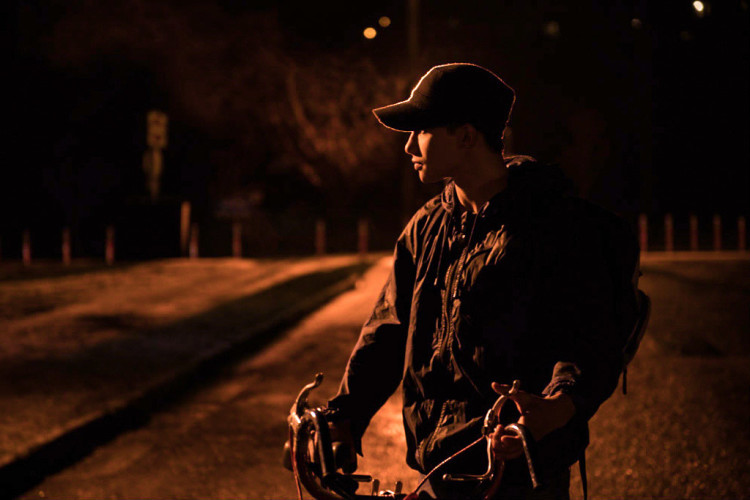 We were running down Railspur Alley, a little late to a meeting on an officeboat. (What an entirely Vancouver sentence 🙈) But, we had to pause to listen to a busker who caught our attention: Sam Cave. Cave was singing one of his own songs and playing some great guitar. How inspiring to see this 20 year old talent, out there in the Granville Island chill, sharing his art and nodding so pleasantly to those who stopped by.

“You meet such amazing people,” Cave told me later. “Everyone is in a great mood. It’s cool to be behind the microphone and to be part of the energy that brings joy to people.”

When Cave thanks you for a donation into his guitar case, you might note an Australian accent. Three months after graduating from high school, Cave packed up his guitar, said goodbye to everything he knew in Brisbane, and set out for Canada. “I really wanted to travel to the other side of the world and experience something fresh and foreign. And Canada has such an awesome reputation on the Internet: how friendly people are, the low crime, the moose!”

Cave’s Dad understood his wanderlust. “He was really supportive. He went on a bigger adventure than me. He left Spain when he was 16 to go to the UK. He just wanted to escape. I have that in my DNA.” Cave’s Mum was less enthused. “She’s Filipino; a very loving, kind woman. She is used to the family sticking around for generations. She wanted me to live at home ‘til I’m 40 and build a house in the backyard! It was hard for her to comprehend.”

But, Cave – who taught himself how to play guitar by watching YouTube – wanted to take his music on the road. “I wanted to immerse myself in songwriting and see if I could make enough money to survive. I lived off busking for five months in Montreal. It was really, really tough, but also a good learning time for me.” 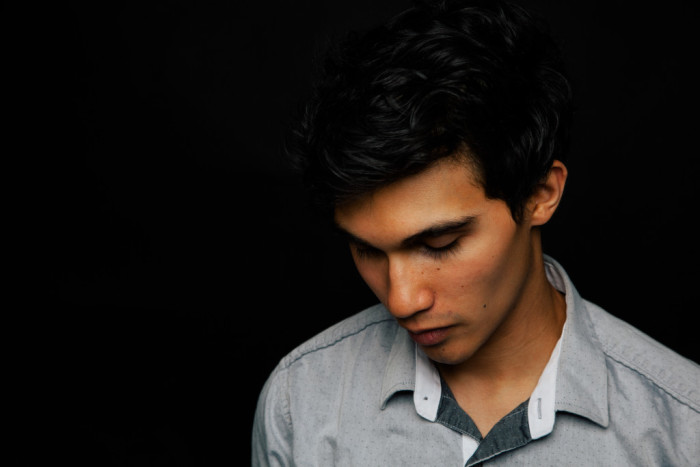 He would play in the Métro tunnels. “I got lots of exposure. Some days, I’d actually be physically hungry. Other days would be nice.” What makes for a prime busking day? “It goes further than the money. It’s when you are playing music; you’re in the groove. People stop to listen and thank you. You go home smiling.”

Unfortunately, with all of the Montreal subway clatter, Cave ended up hurting his voice. “I was screaming all day.” He got a job as a restaurant dishwasher, saving enough money to backpack across Canada. “I came to Vancouver on summer solstice last year. This most beautiful sun stayed out ‘til ten o’clock. I felt like I was in Spain. The people I met were so inviting and friendly.”

Cave got a job at a food truck by the Vancouver Art Gallery and auditioned for one of the hard-to-get Granville Island busking licenses. He was accepted and off to play. “My second year, I got accepted into the SEGI – Summer Entertainment on Granville Island – program. That’s when the top performers from the last season get to play in the first choice spots.”

Here is a recent video of Cave in action on Granville Island, filmed by Immanuel McKenty.

Through his Granville Island busking, Cave has made lasting friends and been invited to play other gigs around town. He particularly enjoyed playing at the Richmond Olympic Oval – “so beautiful. People are playing volleyball next to you” – and the Harmony Arts Festival in West Vancouver. “It was amazing to be playing on this huge stage with the mountains behind me.”

How does Cave feel when he is performing? “When I get off stage, I have this crazy high. I’m so elated, filled with energy and excitement.” “Music is this thing that connects people very easily. I can go into an open mic and come out with ten new friends.”

“I’m obsessed with researching my inspirations. I literally spend days on Wikipedia, looking at who my favourite artists were inspired by and then listening to those inspirations and working my way back. It’s opened my mind beyond just what’s on the radio.”

Since coming to Vancouver, Cave has been trying to push himself musically. He has taken his first formal guitar lessons. “This guy called Cole McBride in the Commercial Drive area. He is a really great guy. He loves to teach people and see them succeed.”

Cave has been making good use of the free studio recording equipment available at the Vancouver Public Library. “I read an article about it on Facebook when I was in Montreal. It was one of the things that solidified my decision to come to Vancouver. You just book in advance. All you need is a library card. It’s completely free.”

You can see Cave’s recordings from the VPL on his You Tube channel. He has originals and covers, such as Almost is Never Enough.

Cave credits many of his bookings to his presence on social media. “It should just be called ‘media.’ It’s taking over. I was fortunate enough to play over sixty gigs this summer and much of that is because of being on Facebook, Instagram, YouTube.”

Cave has moonlighted in film. He was a lead actor in Matt David Johnson’s short film, The Dishwasher, winner of the Telus Storyhive Digital Shorts competition. “We won an award. It was exciting for my first time on camera.” Cave is heading to Ottawa in December to be in another short film. “I’m half Filipino and the film is based on the story of Filipino immigrants coming to Canada and trying to make it.”

He enjoys the acting, but music is his first love. “This winter I want to take some time to hibernate and write some songs. Do what I do, but better.”

Where does he see himself five years from now? “For a lot of the artists that I look up to, 24 is the year when they have their big break – getting discovered, touring around. When I’m 24/25, that’s my year when I’m traveling around a bit. I’m living off music full time. I have my first actual album out.”

And how do his parents, way back in Brisbane, feel about what their only child is doing on our shores. “They are seeing what I’m doing: building things up, putting in the hard work. They love whenever I send back good news. They can tell I’m happy with the path I’m on.”

Cave is looking forward to the day when he can fly his parents over to see Vancouver and his musical life in it. “I’d love to show them around the city. It’s been my father’s dream to come. I would love to give him the opportunity to fulfill that dream.”