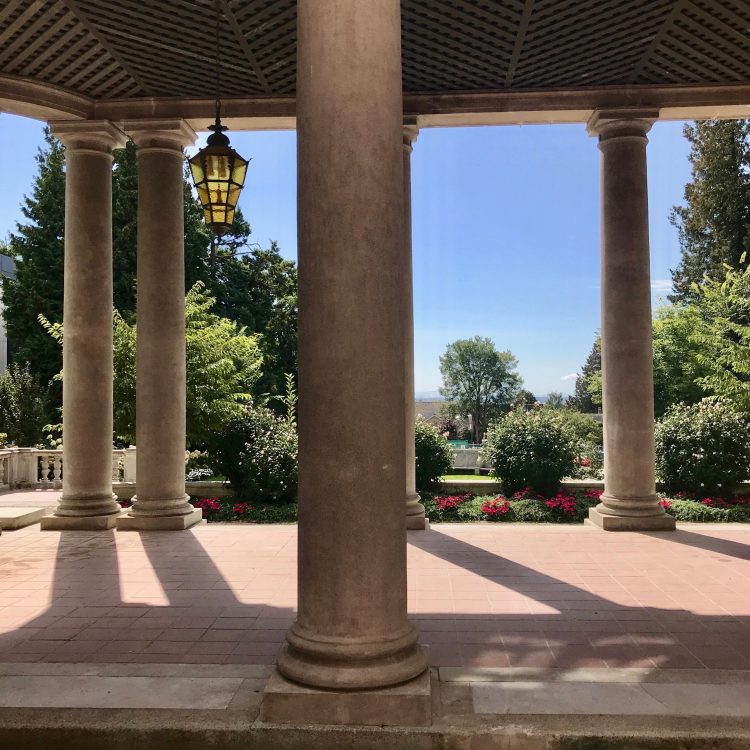 ‘Lanning’s thin cheeks quivered, “No, Quinn, no. There is nothing in the Rules of Robotics that makes any allowance for human guilt. A robot may not judge whether a human being deserves death. It is not for him to decide. He may not harm a human– variety skunk, or variety angel.”

Lock your doors, Dr. Lanning. These robots have ripped through your ‘do no harm’ rules. 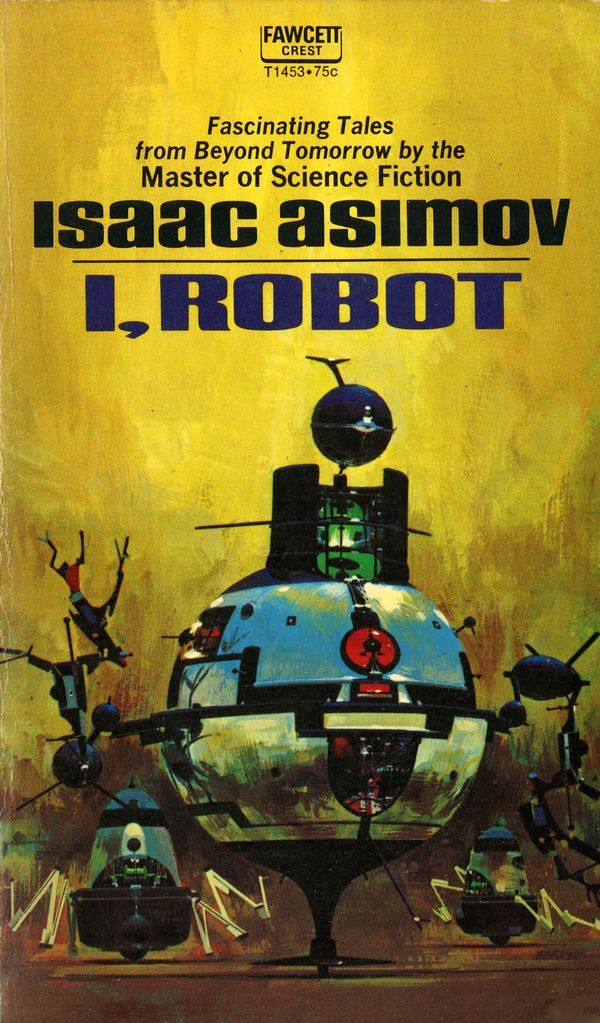 1940’s Dr. Alfred Lanning of U.S. Robots will be shocked to see how his life has evolved in the 21st century. In the 2004 I, Robot movie, inspired by the Asimov stories, Dr. Lanning’s house is demolished by a monster-clawed robot – skunks, angels and cats be damned.

Amidst all the chasing, crushing, and glass-flinging, you might feel that there is something familiar about the target of the demolition robot’s rage. That wood-panelled hall, the pillars, the reflecting pool. These flying pieces of house belong to Vancouver’s Shannon Mansion at 57th and Granville. You can see it all in one piece just after the one minute mark below.

Shannon Mansion was commissioned by Benjamin Tingley Rogers – aka Mr. Rogers Sugar – who bought the ten acre property from dairy farmer William Shannon. Rogers hired Somerville & Putnam architects who started his dream house  in 1916. The formal gardens were designed by garden enthusiast Rogers and landscape architect Frederick Cole. But, by the time the elaborate estate was finished in 1925, Rogers had died. 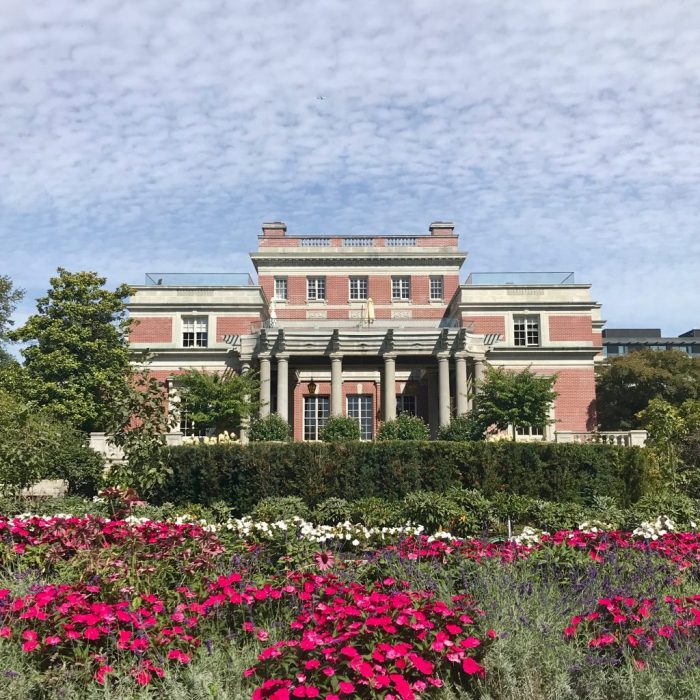 Rogers’ wife and three children did move into the forty room estate along with multiple maids, a butler, a cook and a laundress. Pre-robot reckoning, the Beaux Arts mansion was host to glamorous parties, weddings and Vancouver Symphony Orchestra concerts. King Edward VIII and Sergei Rachmaninoff were but two of the high profile visitors who could wander around and admire the griffin carvings of Charles Marega, creator of the Lions whose namesake bridge takes us from Stanley Park Way to the North Shore.

The Shannon estate passed through the family of financier Austin Taylor to developer Peter Wall who bought it in 1967. Shannon was given heritage building ‘A’ status in the early 1970’s; renowned architect Arthur Erickson soon built the Shannon Mews apartments and townhouses around the mansion.

Now, Shannon Mansion has been restored, once again, to include individual homes that look out on a series of new condos. It’s a robot-free estate that includes Shannon Mews Park, a city space that invites all of us to see the Mansion up close and wander through Mr. Rogers’ old estate. 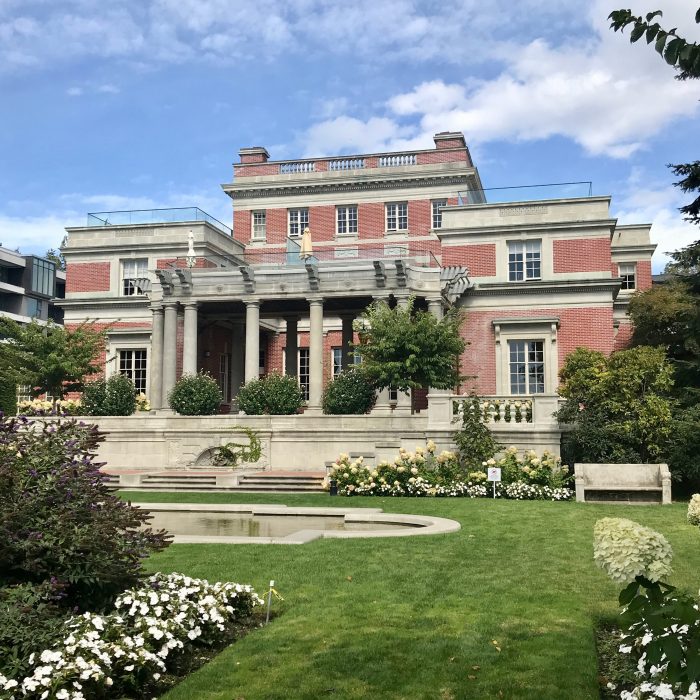 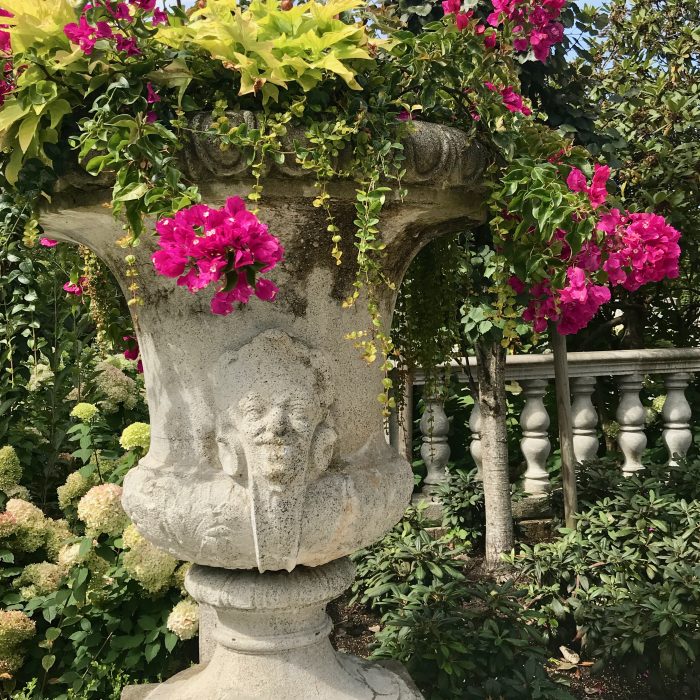 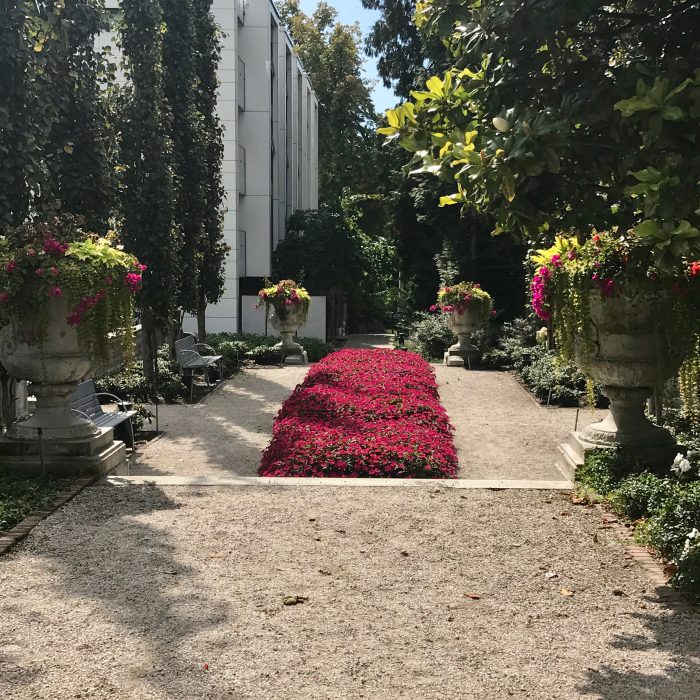 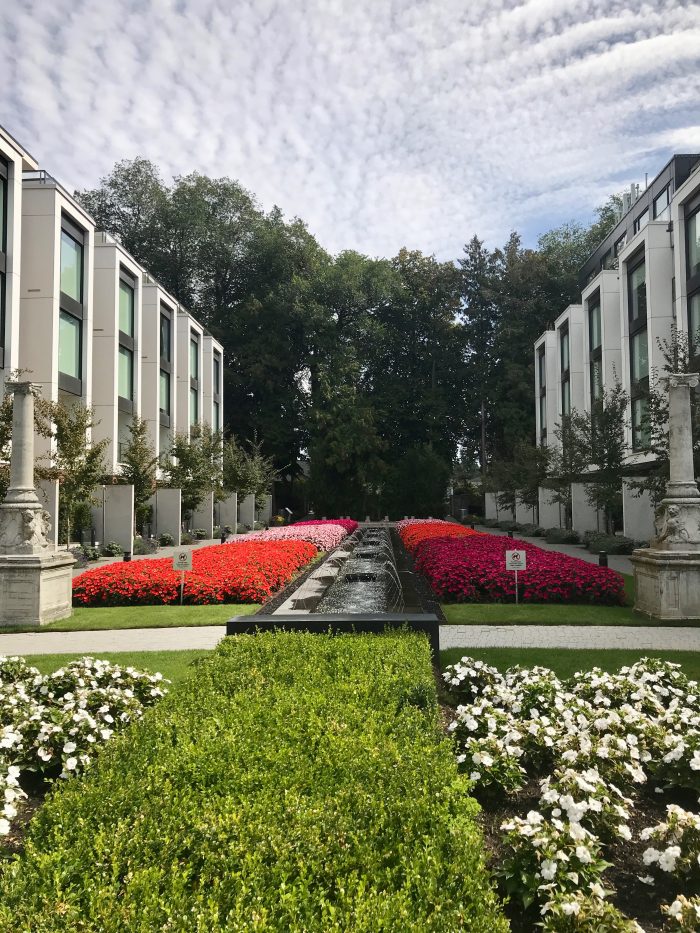 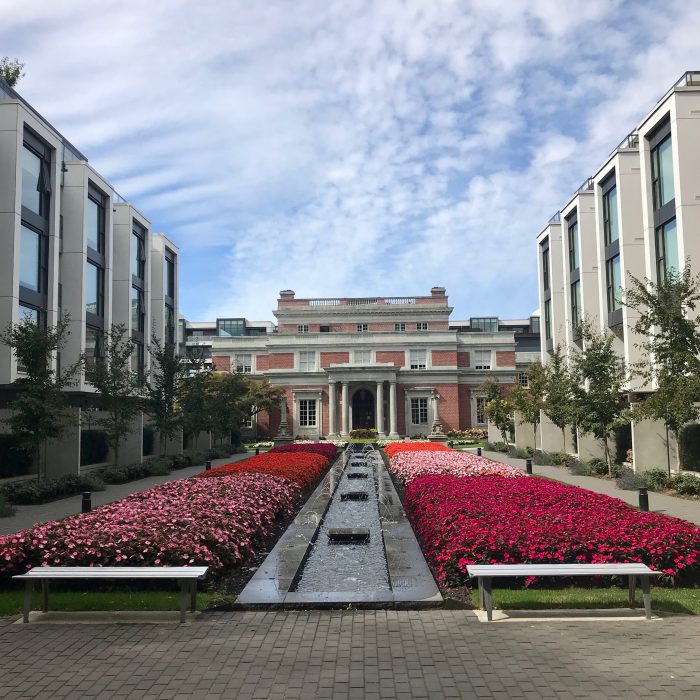