For whom do you think the 19th Century shoes below were crafted? 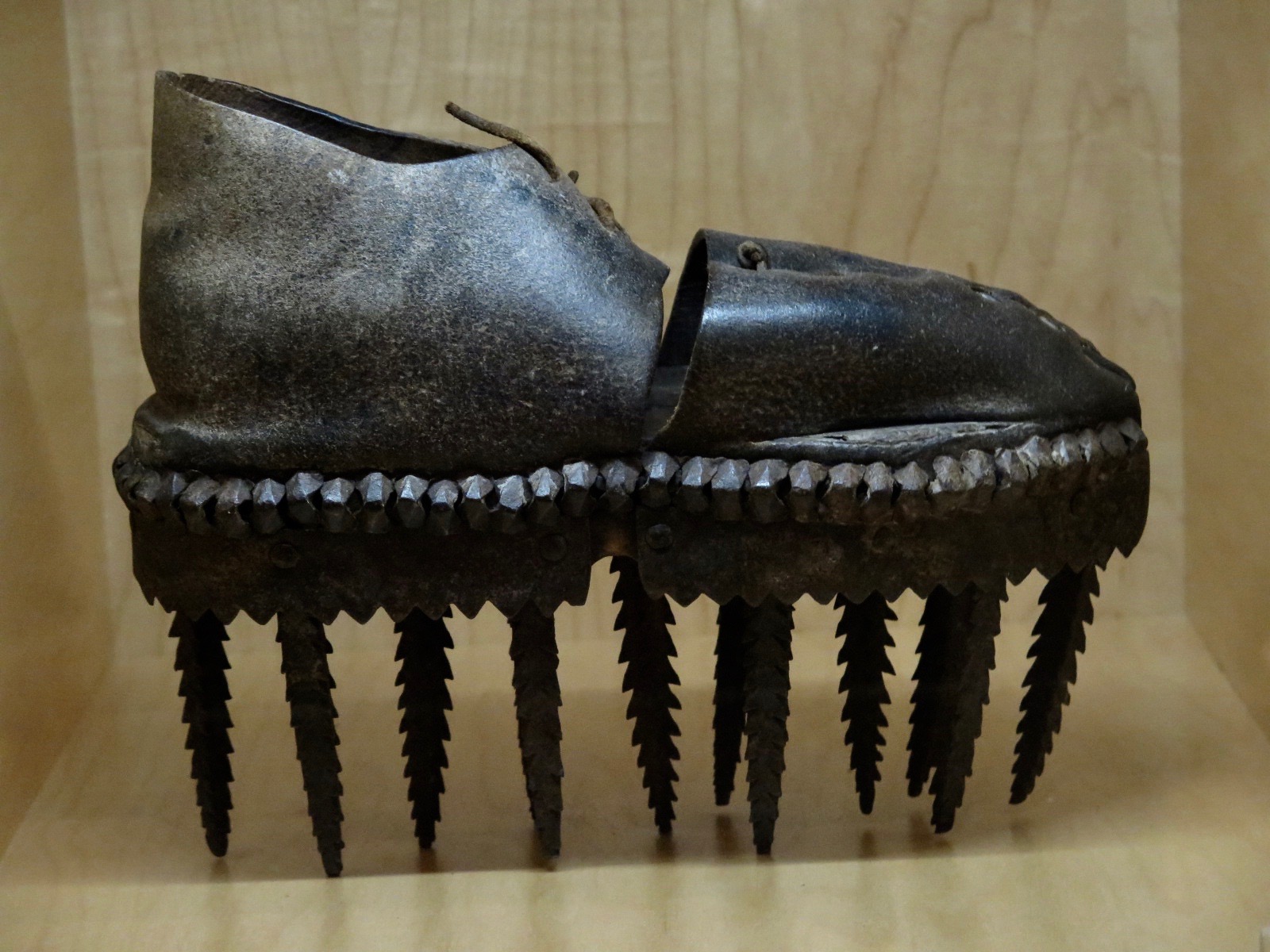 Founded by Sonja Bata, the museum owns more than 13,000 pairs of shoes, displaying ~ 1,000 pairs in a five story building designed by Moriyama and Teshima Architects. If you’ve got even the slightest bit of a shoe thing, this is a must-visit. 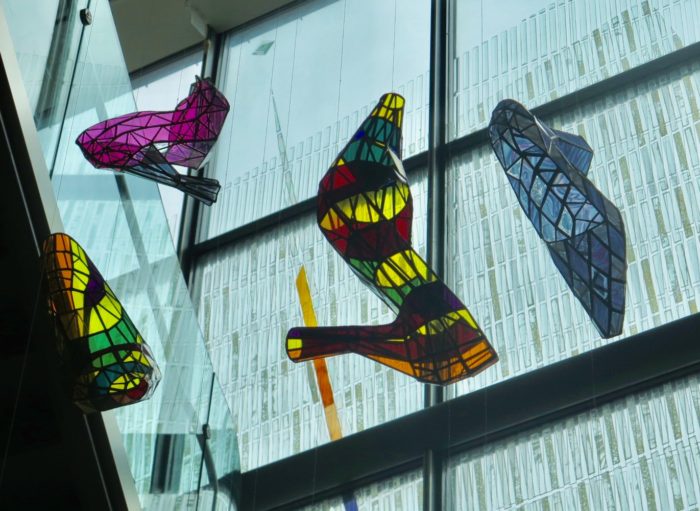 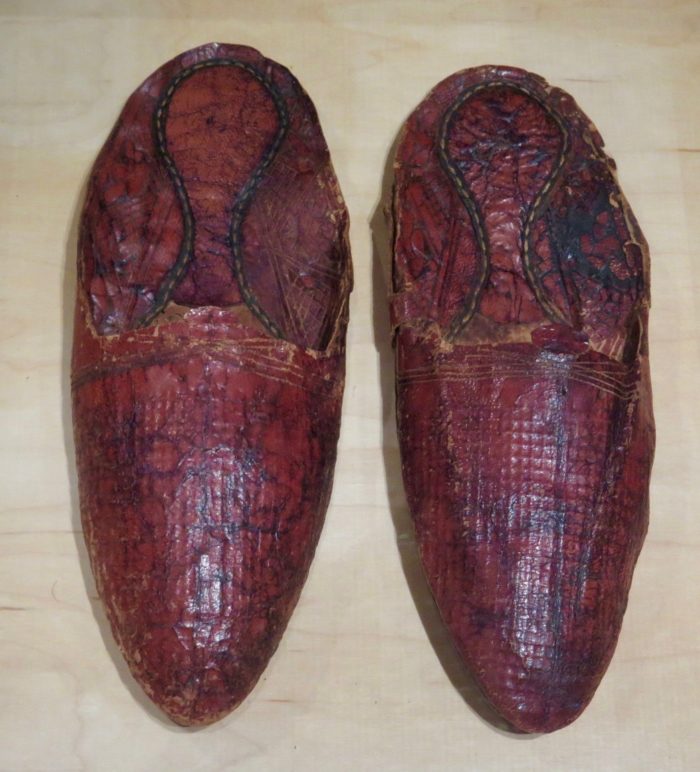 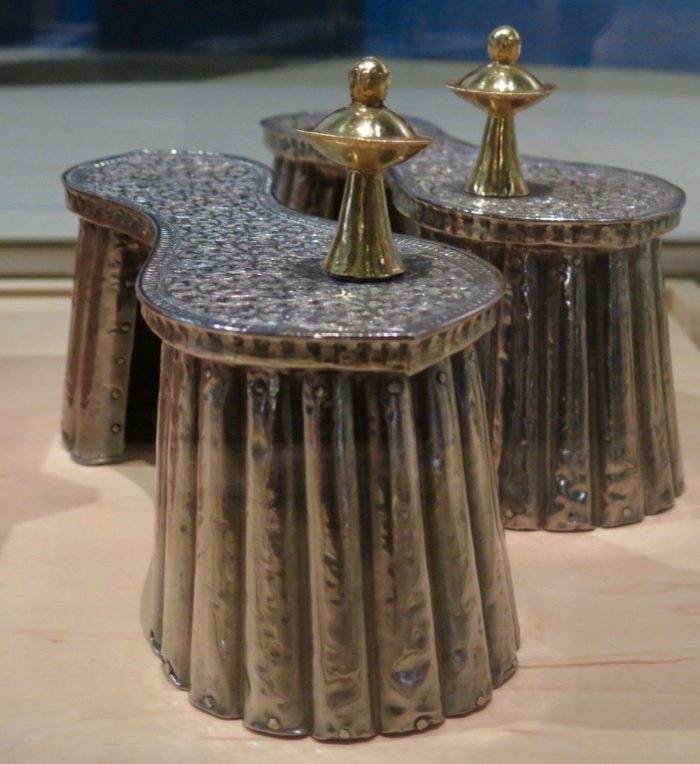 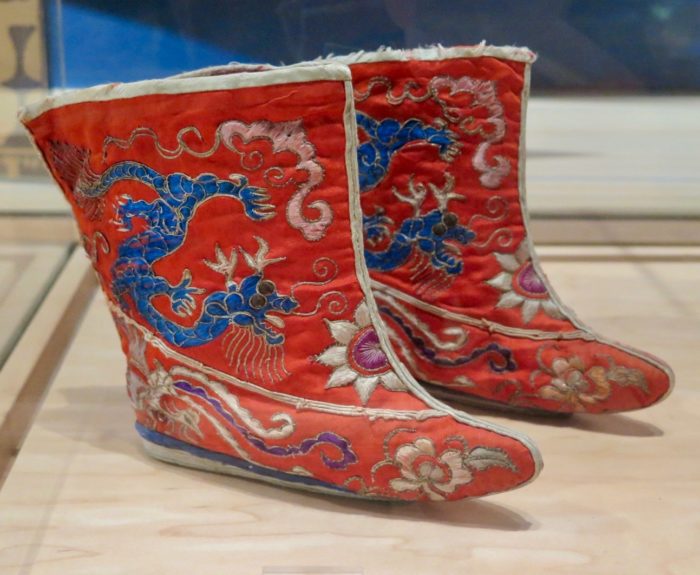 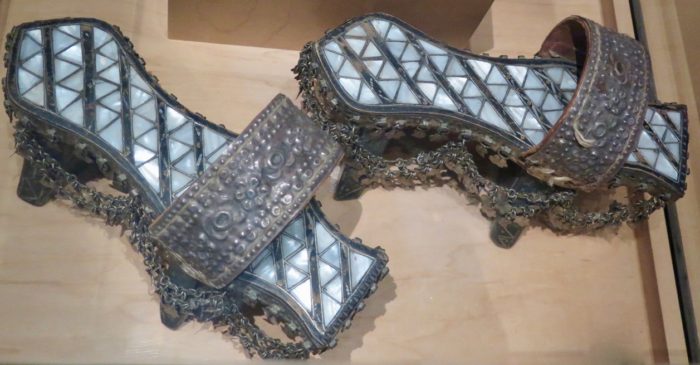 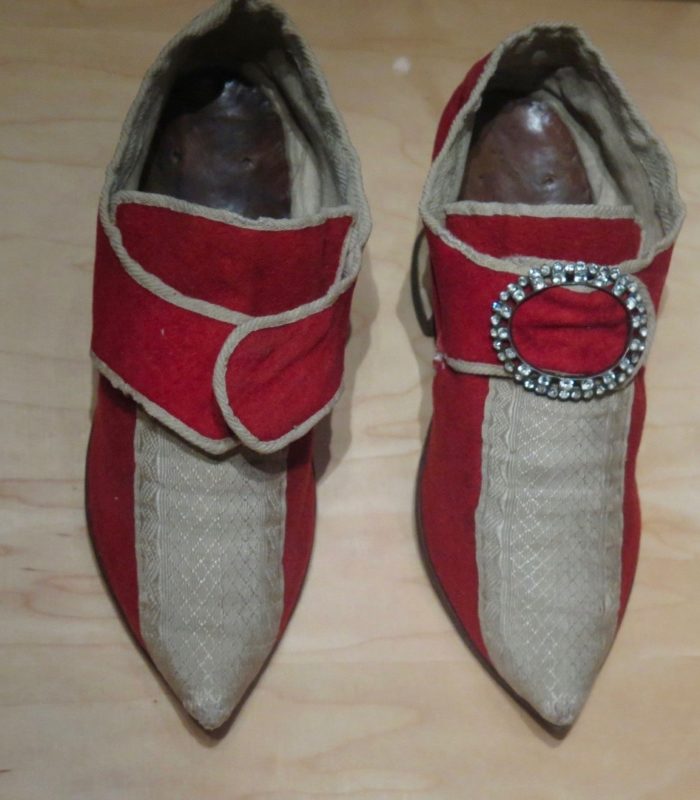 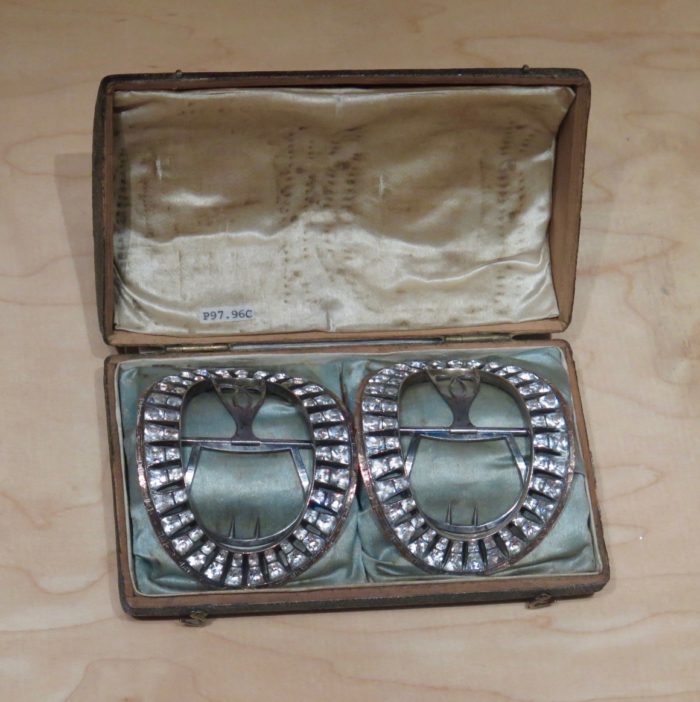 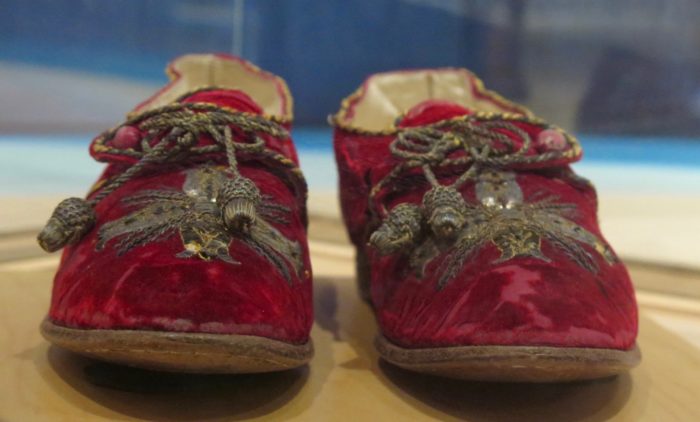 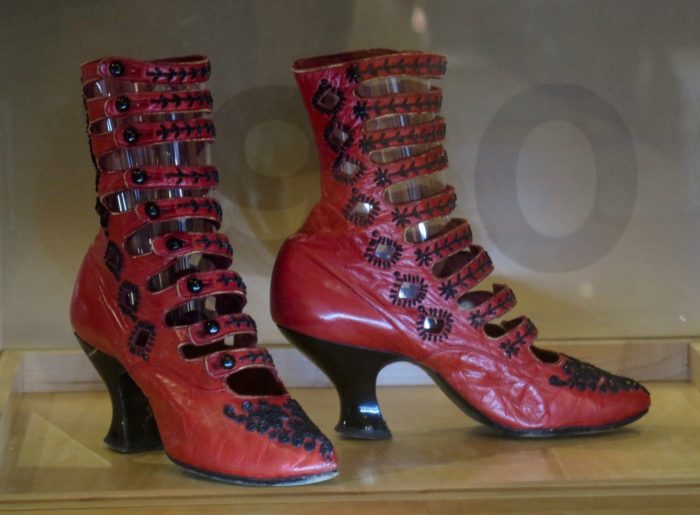 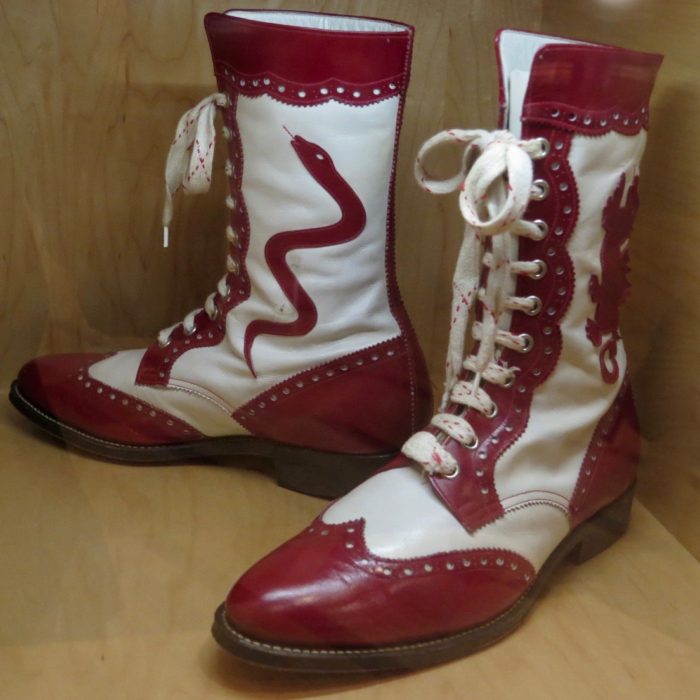 The Curious History of Men in Heels

Mid 17th C. English or French for a well-to-do boy 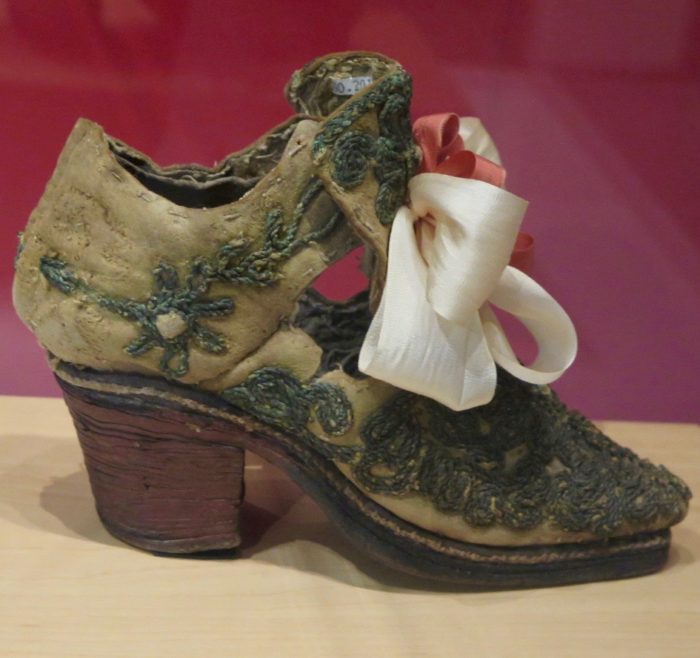 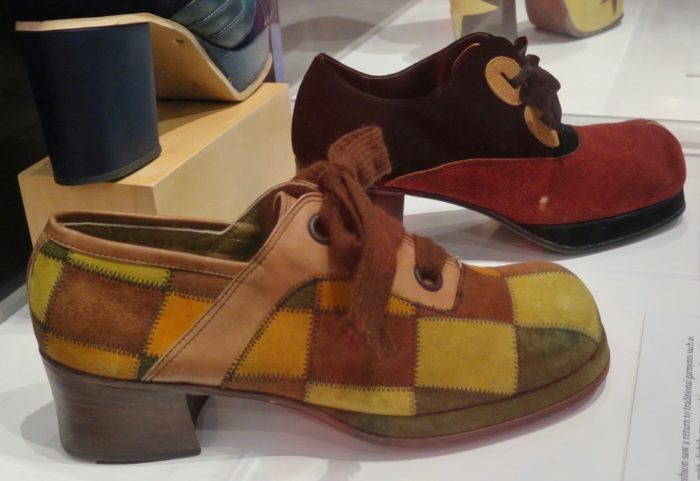 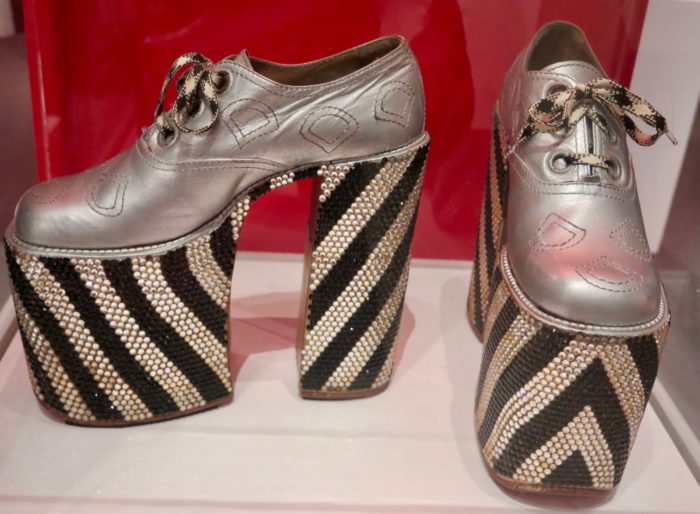 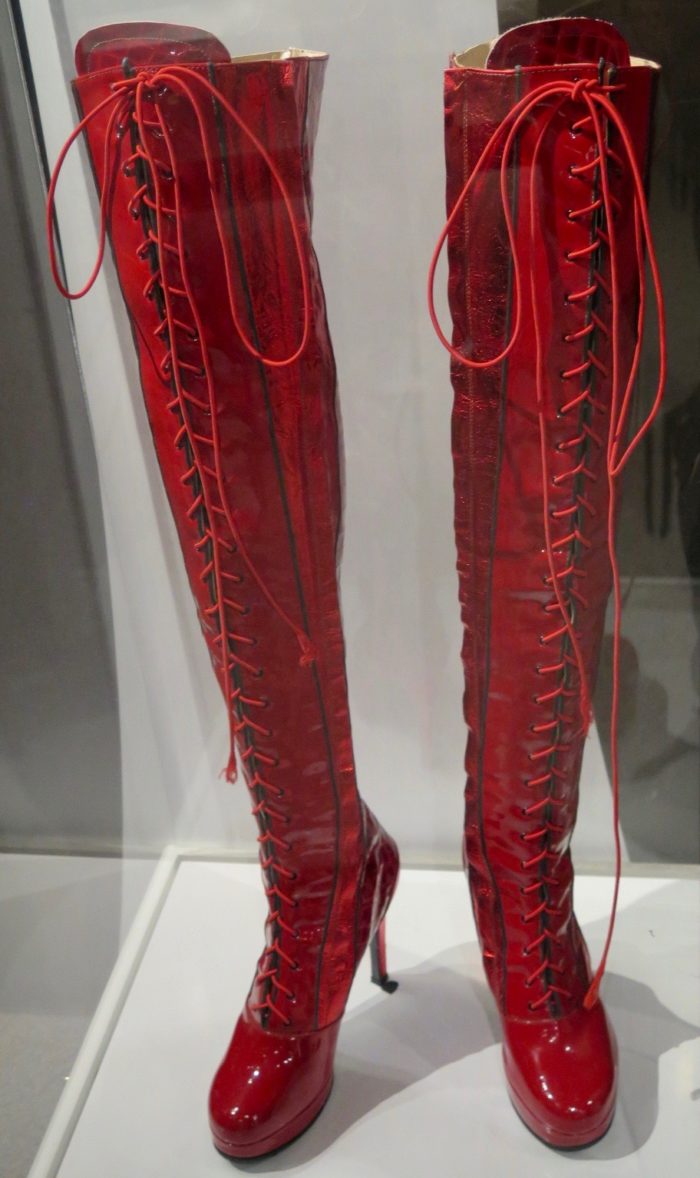 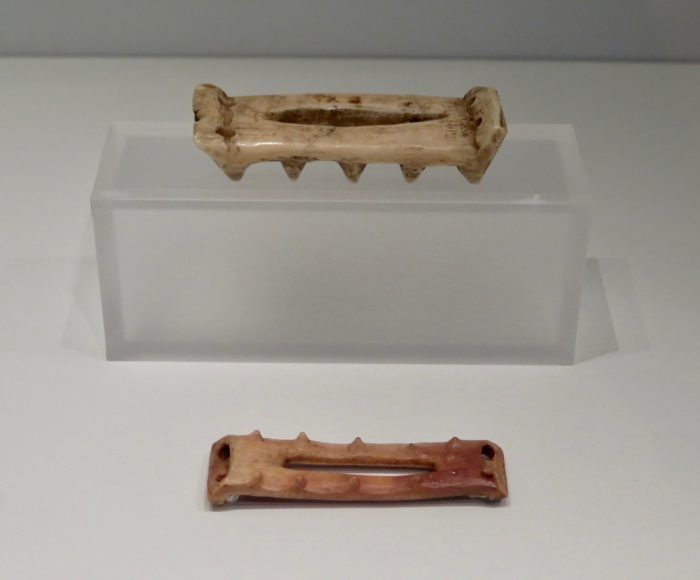 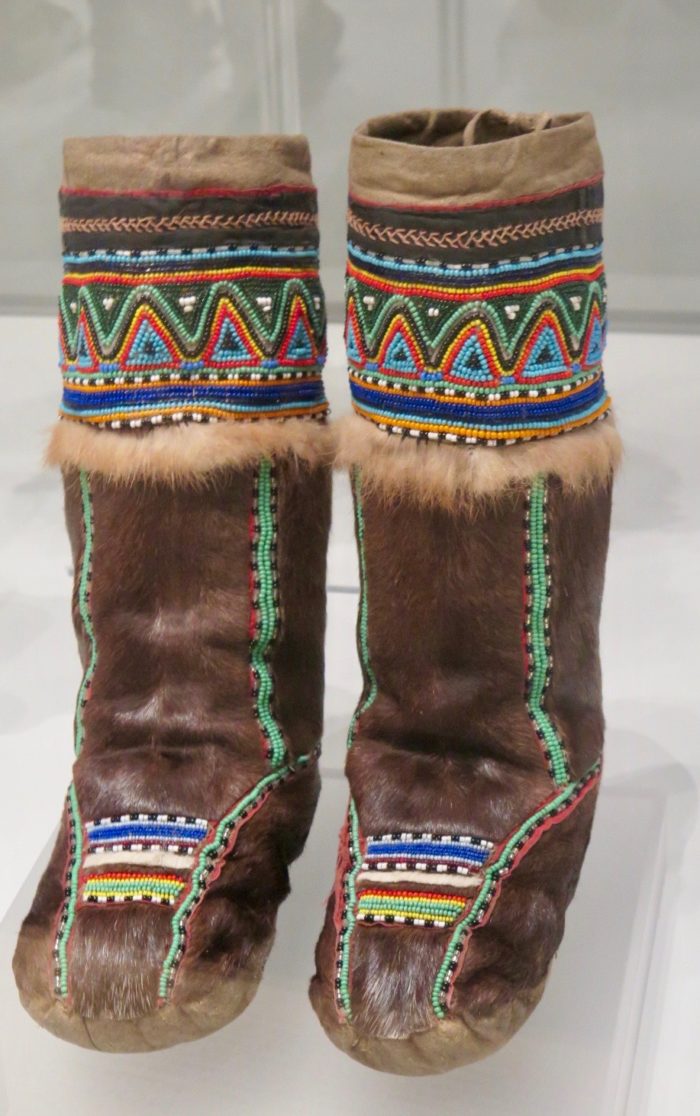 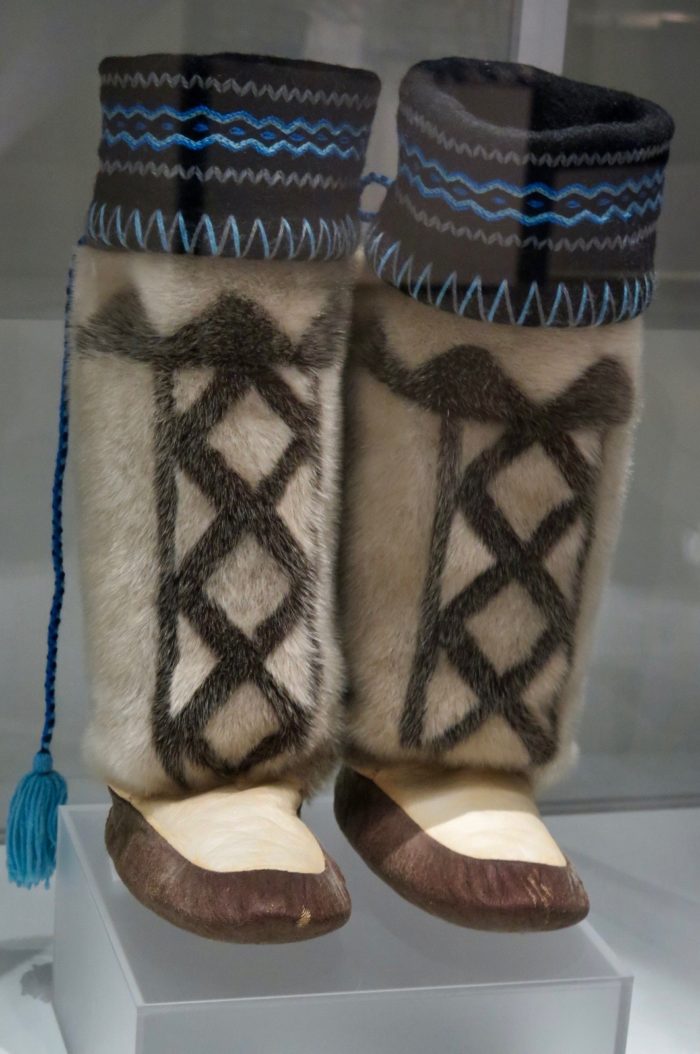 William Henry Perkins, a British chemist, was looking to cure malaria. In the process, he created Perkins purple, the first synthetic dye. ‘Perkins Purple’ became ‘mauve’ and soon it was everywhere. 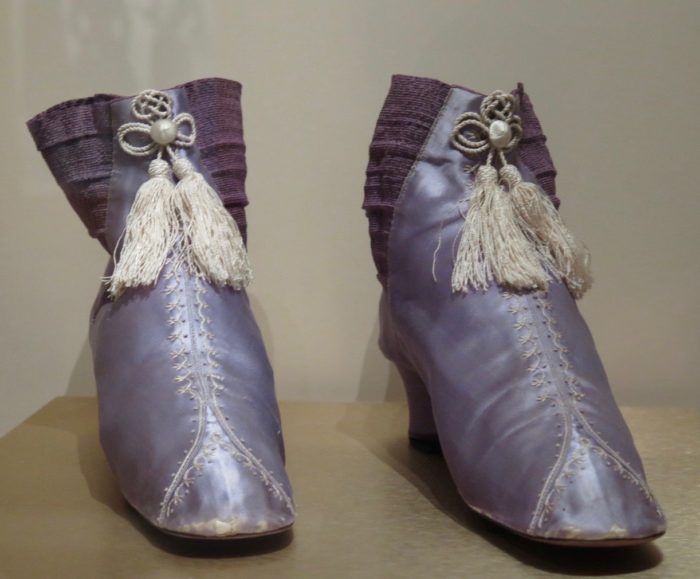 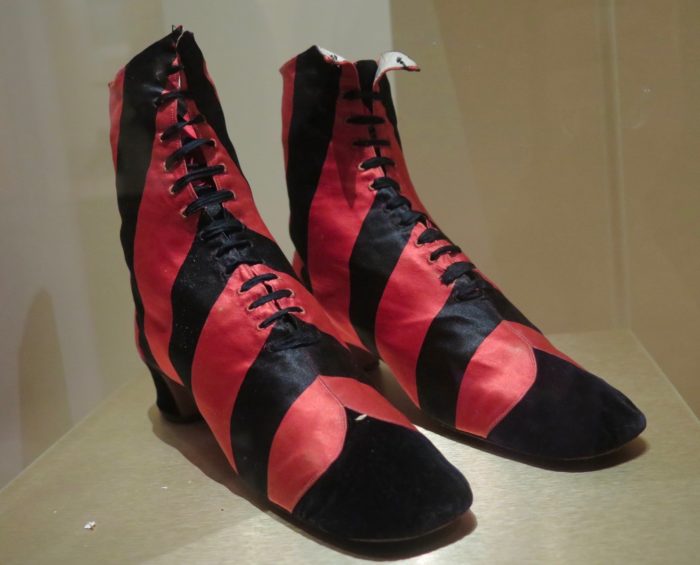 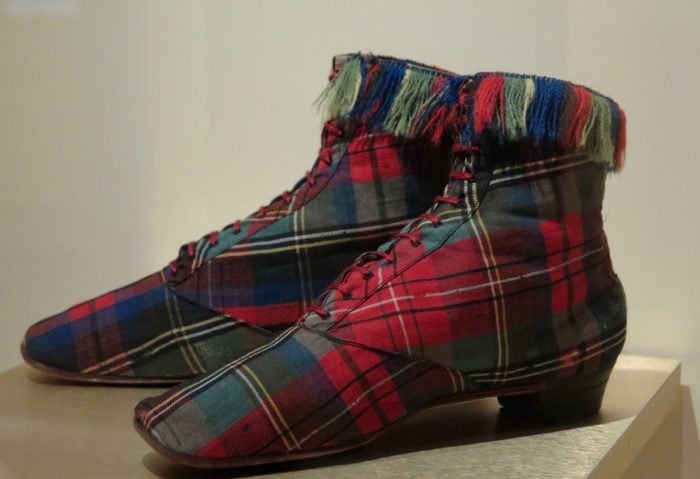 Said the Dictionary of Victorian Slang:  ‘There are many terrible tints even now to be found among the leaders of fashion – agonies in red, livid horrors in green, ghastly lilacs and monstrous mauves.’

When 1860’s women started donning dyed-to-match gloves, socks and shirts, some wound up in the hospital with chemical burns. By the 1870’s, these ‘Totty all colours’ were considered passé, an abomination. How do we feel about these ‘terrible tints’ in 2017?