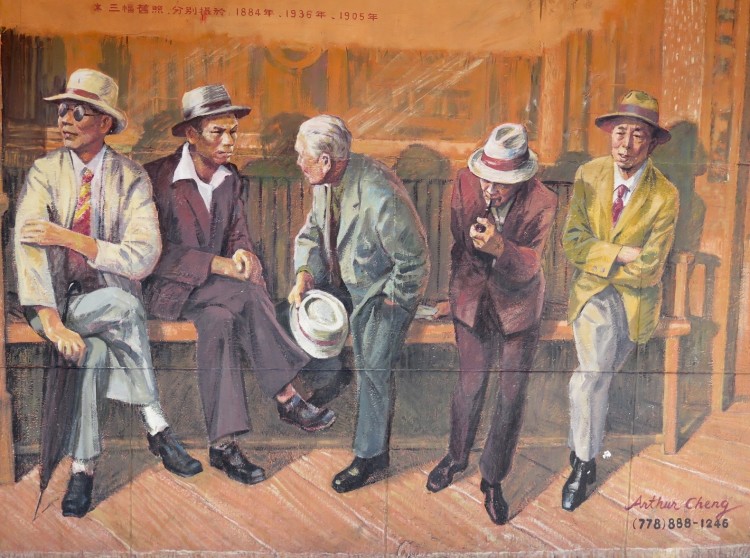 Great-Grandmothers and Grandfathers offer chilling stories – their stories, their parents’ stories – detailing how horribly Chinese immigrants were treated in British Columbia, from the Gold Rush through the late 1800’s and into World War II.

‘In Chinatown, as in Old China, so many men walked about with scarred faces and limbs. Who did not have a tale to tell?’
Wayson Choy. The Jade Peony

Through all the indignities, the Chinese community developed a vibrant Vancouver Chinatown where communities could live together in strength.

‘Carved hardwood-handled scoops crunched into eye-level barrels filled with rice and grains. The scoops made zzzzz sounds and spilled their contents onto curving copper pans that hung on balances and swayed like floating sampans above my head.’
Wayson Choy. All That Matters 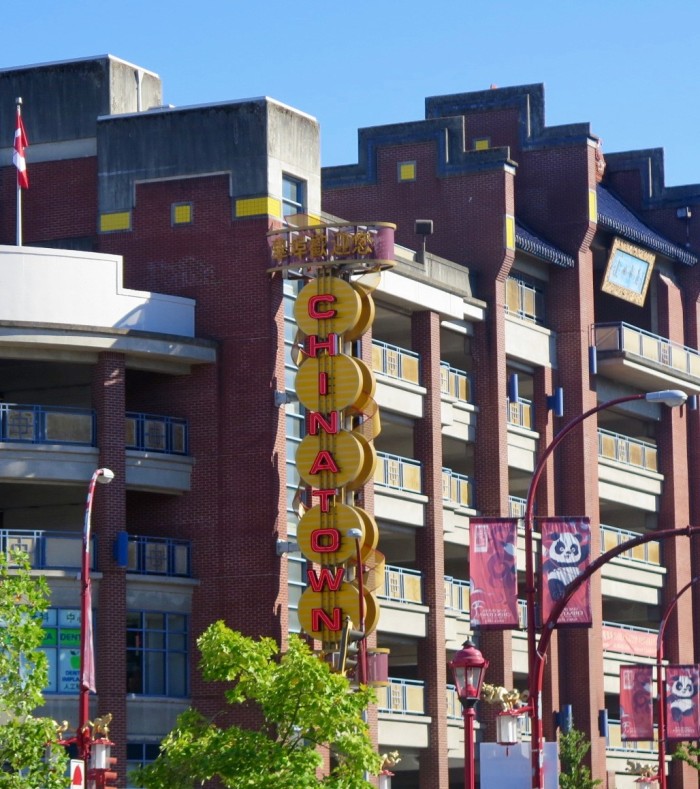 Vancouver’s Chinatown has changed a great deal over the last decade. It is heartening to see at least some efforts to acknowledge a rich, fraught past and preserve historic buildings and meaningful artifacts.

At Columbia and East Pender, home to a Tea Shop,  you will find artist Cheng Shu Ren’s Snapshots of History mural, created in 2010. ‘These murals,’ we read, ‘commemorate the history of the Chinese Canadians and recognize their significant contributions to the growth and prosperity of Vancouver, British Columbia and Canada for over a century.’

Cheng Shu Ren (Arthur) was born in Nanchang and was lauded as an artist in Beijing. He moved to Canada in 1990 and has created other public art around Vancouver, such as the Chinatown Memorial Monument of a soldier and a worker at Keefer and Columbia.

For this Snapshots mural, Cheng was initially inspired by photographs from the City of Vancouver’s archives. Each of the mural sections is assigned a year. 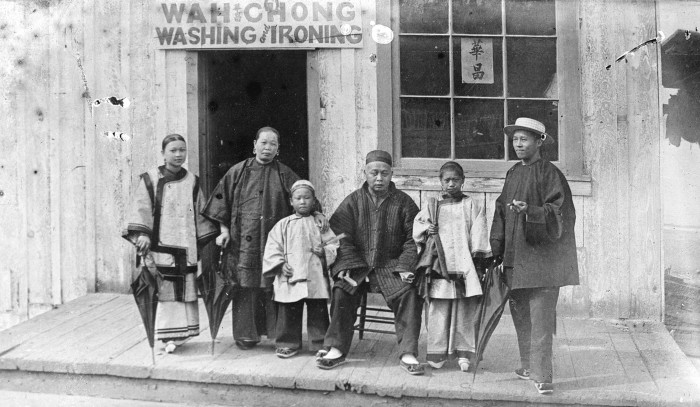 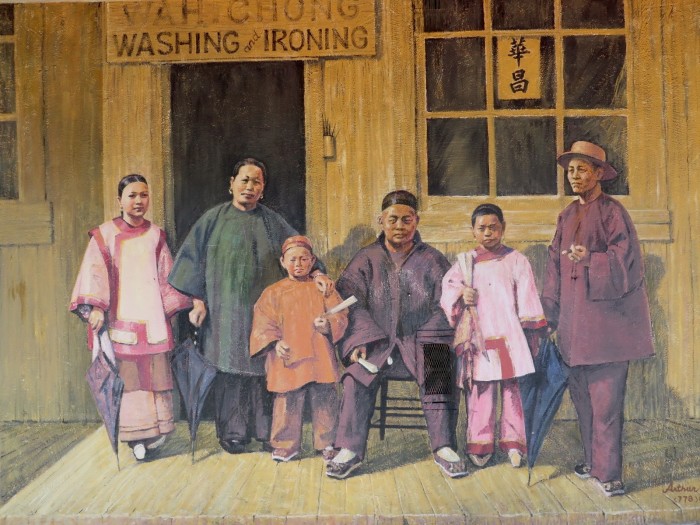 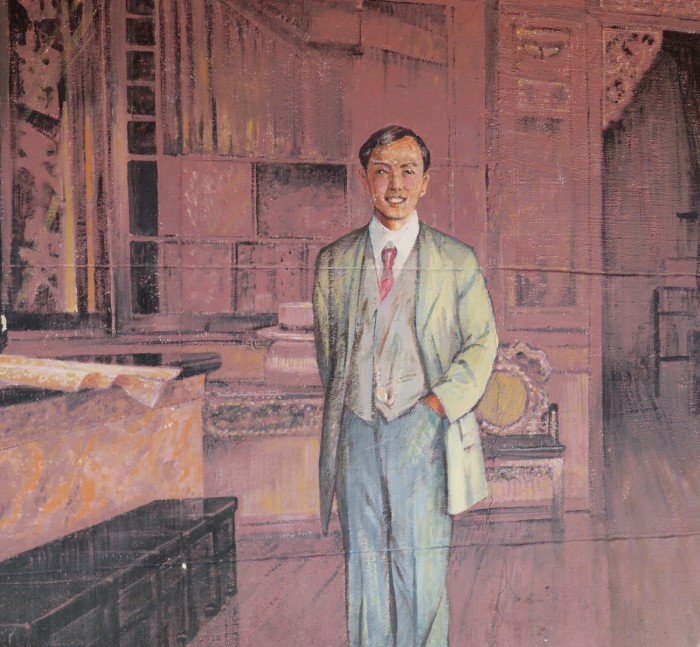 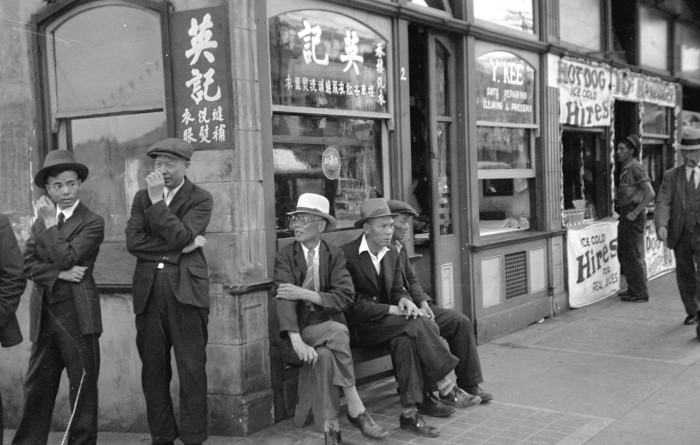 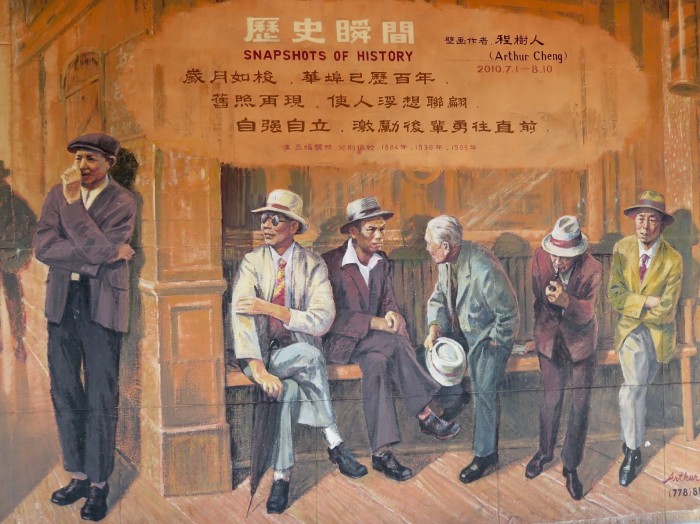