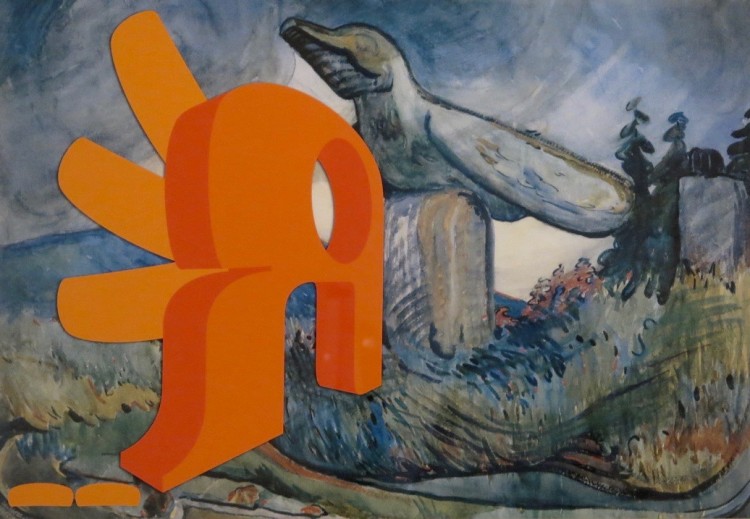 In honour of National Indigenous Peoples Day, we are looking back at a particular striking exhibit by Sonny Assu at the Vancouver Art Gallery. Assu is currently represented by Equinox Gallery: Sonny Assu @ Equinox Gallery

‘It was, like, a super long time ago that ppl were here, right?’ ‘#photobombing the Dzunuḵ̓wa. She’s gonna be mad.’ ‘The Away Team Beams Down to What Appears to Be an Uninhabited Planet.’

With just three titles from Sonny Assu’s exhibition, you understand that he is addressing serious issues with wit and tenacity. Assu, who was born in Richmond and raised in North Delta, discovered his Kwakwaka’wakw heritage when he was eight years old. Assu graduated from Emily Carr University in 2002, winning their Distinguished Alumni Achievement award in 2006.

In 2017, Assu took on Canadian painter Emily Carr in We Come to Witness, running at the Vancouver Art Gallery.

Assu created digital tags to superimpose on Carr paintings from the VAG collection. In so doing, he was challenging Carr’s assumption that she was capturing images from a culture that was soon to disappear. As Assu said: “I think a lot of people assume that she was documenting a dying race, but indigenous peoples are still here. We were brought to the brink of extinction. And now we’re fighting back.”

This exhibit was part of Assu’s Interventions on the Imaginary series. ‘With the insertion of ovoids, s-shapes and u-shapes into the images,’ Assu explains, ‘both the landscape paintings and the Northwest Coast design elements are changed.’ 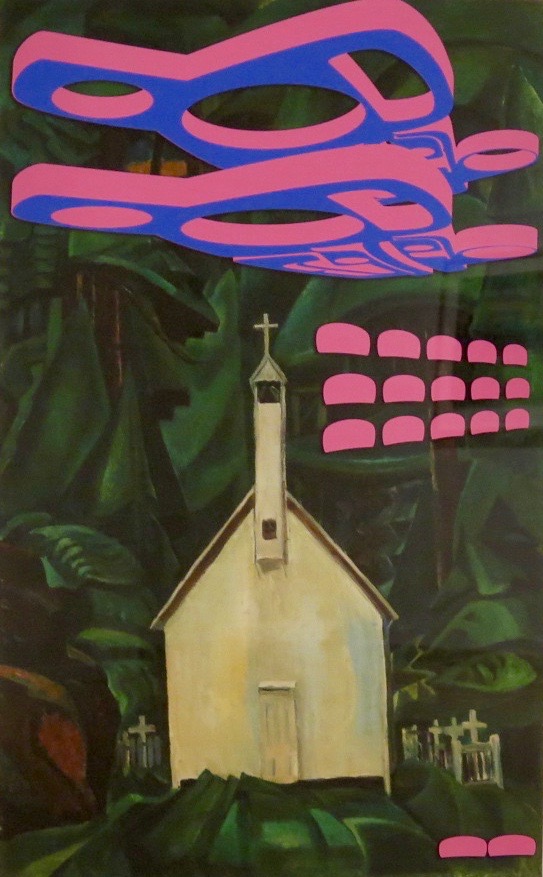 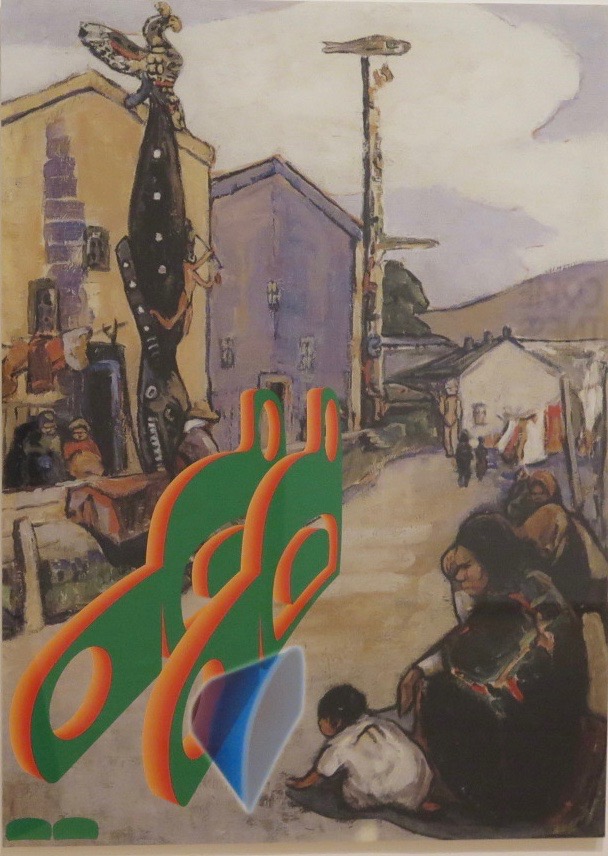 The only thing more pathetic than Indians on TV is Indians watching
Indians on TV – Thomas Builds-the-Fire. 2015 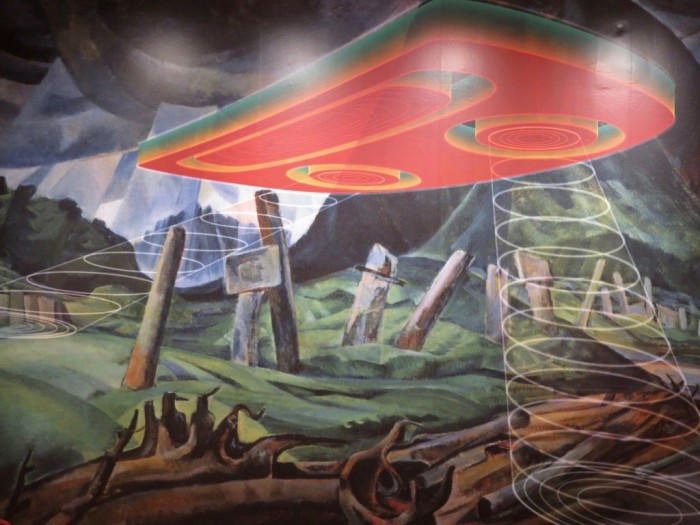 The Away Team Beams Down to What Appears to Be an Uninhabited Planet. 2016 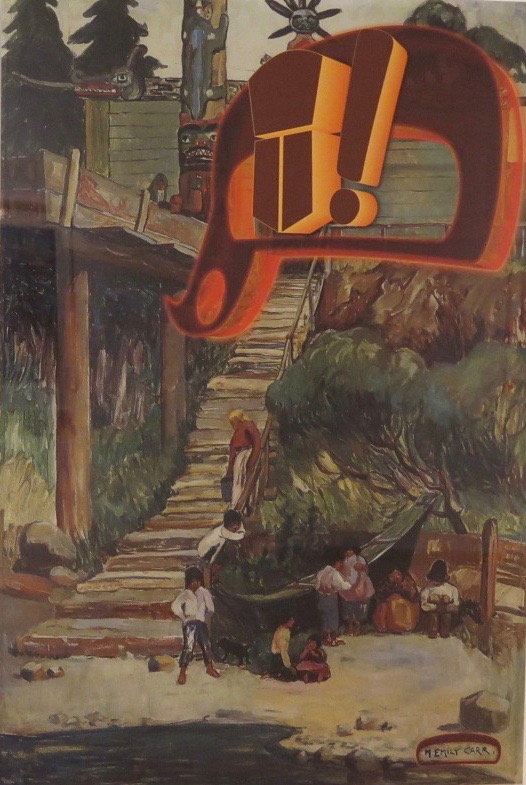 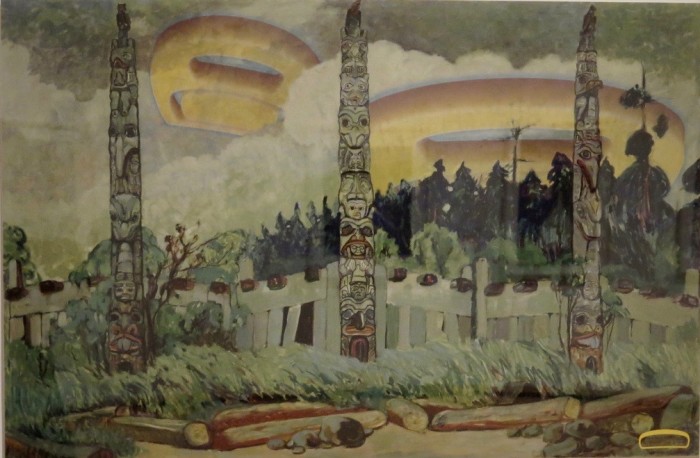 PRESERVER ONE: Well, looks like we got them all. See, don’t you feel GREAT knowing that these people will never experience the effects of colonization? PRESERVER TWO: O-0. 2016

‘ I see these bold interruptions of the landscapes as acts of resistance towards the colonial subjugation of the First People.’

Here is a short about Sonny Assu created by filmmaker Marina Dodis:

Header Image: It was, like, a super long time ago that ppl were here, right? 2014