ii. I am a mixed media artist. v. The inspiration for this show comes from:
At all stages in my life I’ve turned to the water as a place to process my emotions, to centre myself, and to clear my mind. I have lived much of my life on the water. With family in my childhood spent sailing, with friends as I got older and began to explore kiteboarding, wing foiling and surfing, and now with my young sons as they learn to paddle, surf and swim. These days, I spend a lot of time on the water by myself, taking in its moods, nuances and movements. I’ve come to see a strong similarity in the changeability of the water, and in myself. Shifting emotions, and moving through the stages of life. Perhaps this is universal to all of us, which is the idea I’m painting about in the show.

vi. 1 or 2 pieces from the show I can say a few words about are: 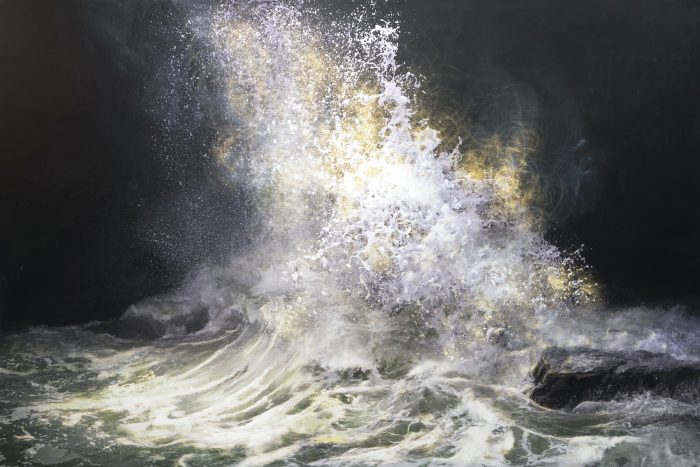 In The Ocean in Us I’ve referenced Hokusai’s “The Great Wave” with my focus on a single, giant wave. I also draw upon Dutch 17th century seascapes with my use of inky blacks and golden highlights. I chose these references because of my appreciation for Japanese-based meditation and art as well, as my Dutch heritage. In fact, it was on a childhood trip to Holland that I saw these old masters paintings for the first time. I loved them so much my parents couldn’t get me out of the museum. One of the things that makes this piece more contemporary is the context which the title directs us to. It is as much about the sea as it is about our inner landscape. This is a moment of our hearts opening, of being bold and brave in our whole-hearted connection to the people and world around us. 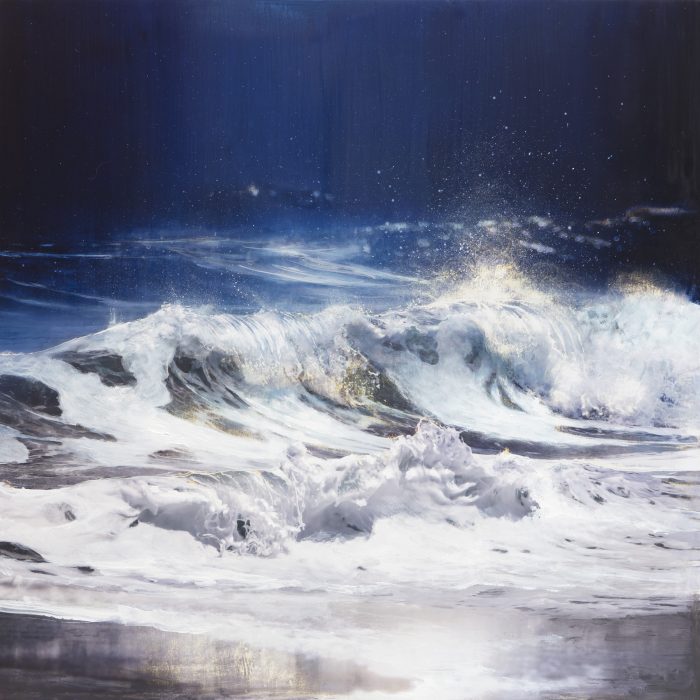 In Dreams Aligned, there are 2 waves moving in synchronicity. Water is a great subject to explore relationship as it’s always in response to other forces. This piece is a romantic interpretation of 2 souls aligned. The intricate details of tumbling foam and shimmering highlights bring to mind the complexity and magic of life together within a moment in time.

vii. One thing I learned about myself in creating this show is:
Despite being a pretty experienced waterman, I was reminded to never underestimate the power of the sea. Having wandered too far into the water to get photographs of the crashing shore break I found myself being pulled out to sea by a surprise undertow. Thankfully I managed to claw my way back to shore but it was a close one!

viii. Some highlights of my career from over the last few years have been:
Truth be told, being an artist is a lot more workmanly than you might expect. It’s not all glamorous! However, I’ve found a lot of pleasure in the unexpected – such as when the House of Armani purchased a piece (whaaat!) and when the Canadian band, Rush, decided to use one of my images as a backdrop during their tour. There was also the time I hired an animal wrangler (yes, that’s a job) to make the koi fish behave long enough to get their picture back in the day (some of you might remember those pieces). I’ve also been fortunate to create some prestigious commissions over time – such as for Canada’s 150th anniversary, I was selected by Canadian Embassy in Iceland to create a piece and go to Iceland to talk about my work.  Air Canada also commissioned a triptych to hang in their brand-new lounge at the new terminal in La Guardia, and it was pretty neat to be there for the ribbon cutting ceremony.

The real highlight, though, has been my amazing relationship with Bau-Xi Gallery. Tien, Riko and all the staff have all had my back for the past 13 years! Their encouragement and feedback have been invaluable to my growth as an artist.

ix. After this show, I’m looking forward to:
Getting my favourite paint brush in my stocking! aaaand, having some play time where I can experiment with materials and colours in the studio. I have so many ideas, I need time to create and generally make a mess!

Steven Nederveen. The Ocean In Us. Bau-Xi Gallery

Header Art: As Devoted As The Shore To The Sea 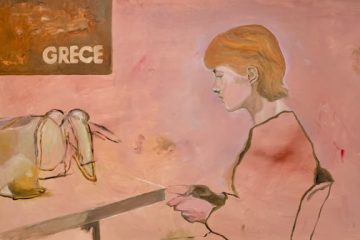