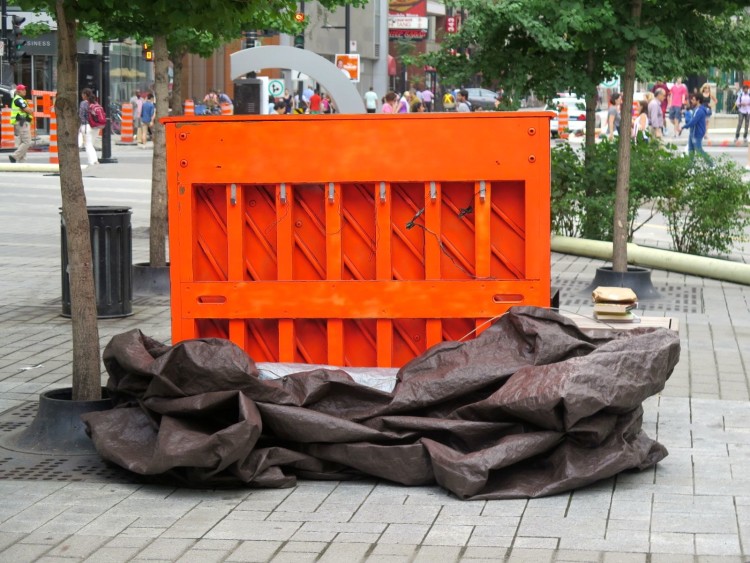 Sometimes they are a reminder of how many talented performers live quietly after-hours, playing only for friends, small gatherings or perhaps no one but themselves. They will linger by those pianos plonked down in the middle of the sidewalk, then – bolstered by friends or a sudden surge of confidence – sidle in and start to play beautifully. Rachmaninoff, Duke Ellington, Adele, The Weeknd.

And occasionally they are a reminder of how many people know how to play one song and one song alone. I’m not sure if it was the parent or the child who thought that it was a good idea to tickle those five ivories again. And again. From sweet at three minutes to ear-gouging at twenty.

Either way, street pianos are appearing in outdoor spaces around the world. In Vancouver, the initiative has been organized by Pacey’s Pianos and the Piano Teacher’s Federation. You’ll find pianos all over the city and beyond throughout the Lower Mainland.

Vancouver Pianos on the Street

Montreal is another city where you’ll see pianos decorated by artists. The program is in its 4th year there, in 15 locations over the course of the summer. Here is one on the bustling Monkland Avenue. 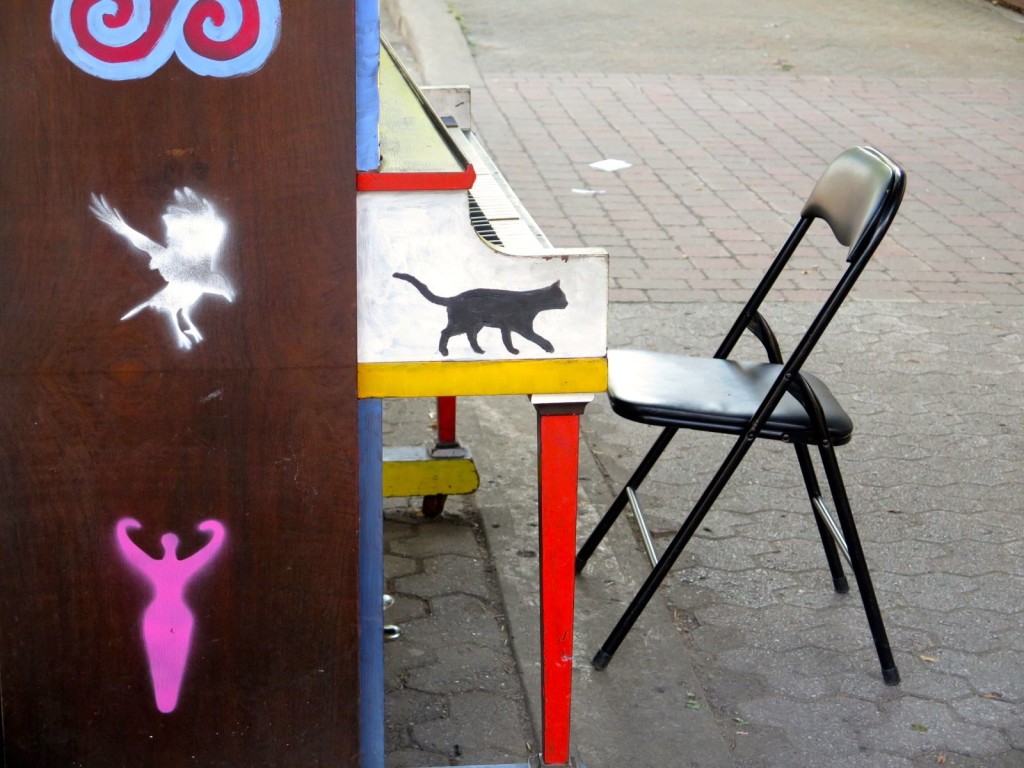 Hand-cranked player pianos and their organ grinders have been on American streets since the early 1800’s. Many credit this 21st Century pop-up piano movement to British artist Luke Jerram and his Play Me, I’m Yours installation, launched in 2008 and initiated in 46 cities to date.

Jerram’s past projects include Plant Orchestra, where he amplified the acoustic emissions of plants, first in the Cambridge Botanical Gardens. Bloomberg have profiled Jerram in their Brilliant Ideas series.

After studying performance, Jerram wanted to bring the experience of being a performer to the general public. How to recreate the on-stage adrenaline? And after a visit to the “laundrette,” Jerram was inspired to create a catalyst for all of the invisible communities that exist across cities. How to bring them out and together?

Why not excite and unite by getting people playing and listening to public pianos? Jerram’s piano inspiration starts at around 11:44..

Will you sidle into one of the outdoor pianos before winter scares them inside?