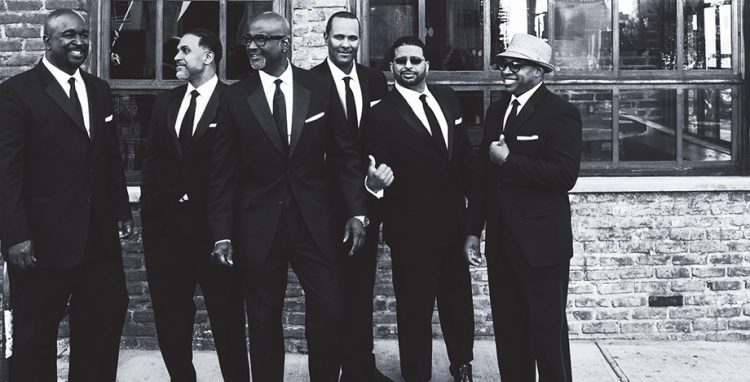 If you’re pitch-sensitive and like a well-rounded a cappella sound with complex harmonies, you’ll be thrilled to know that Take 6 – the Grammy-laden group based in Nashville – are at Vancouver’s Queen Elizabeth Theatre tonight. Last we checked, there were still tickets left.

This is a much-revered group that has performed with Stevie Wonder, Ray Charles, Queen Latifah, k.d. lang, Ella Fitzgerald, Celine Dion, Justin Timberlake. One of the best concerts we have ever seen was Take 6 and Al Jarreau outdoors in Northern California.

When the group first launched in 1980, they called themselves The Gentleman’s Estate Quartet. The group’s 1988 self-titled debut – Take 6 – was rooted in Gospel and earned Take 6 their first two Grammys for Best Jazz Vocal Performance by a Duo or Group and Best Soul Gospel Performance by a Duo, Group, Choir, or Chorus.

Take 6’s 2016 album, Believe, landed on six Billboard charts – including #2 on Contemporary Jazz – in its first week of release. Take 6 are in Vancouver as part of Chor Leoni’s VanMan Male Choral Summit.