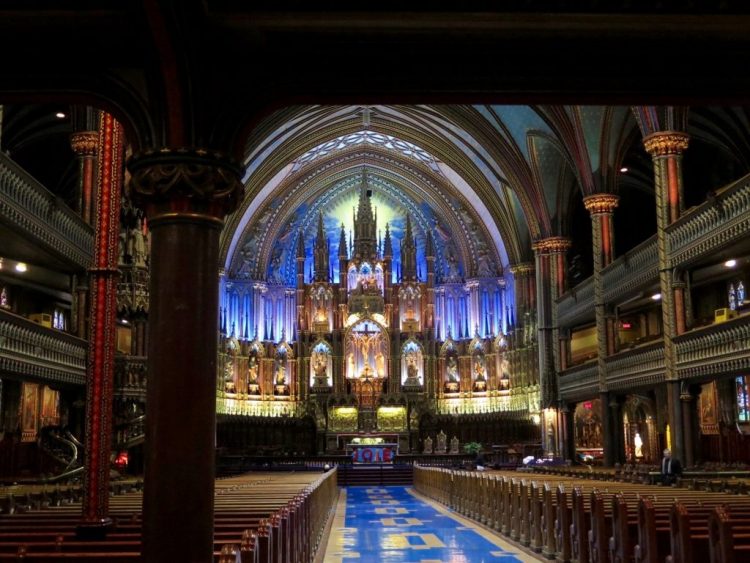 Papa Casavant built organs, much to the intrigue of his sons: Claver and Samuel.  After learning the craft in their father’s studio, Samuel and Claver traveled around Europe studying with organ masters, like John Abbey in Versailles.

When they returned to Quebec, The Casavant Brothers set up their organ business in the same location where father Joseph had built his reputation. ‘We are honoured,’ they wrote, ‘ to inform you that we have just opened a workshop for the building of Pipe Organs for Churches, Chapels, Concert Halls, Salons, etc’.

The brothers quickly developed a reputation for innovation and quality. Samuel was particularly deft with organic mechanics; Claver was gifted in voicing. The two of them also consulted physicists around how electricity could be used to advance organ functioning. All of their innovations came together in their great 1891 achievement: the remarkable organ at Notre Dame Basilica in Montreal. 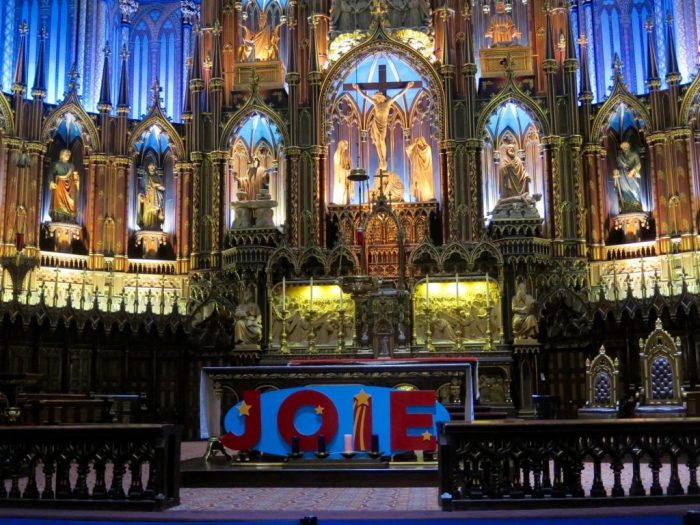 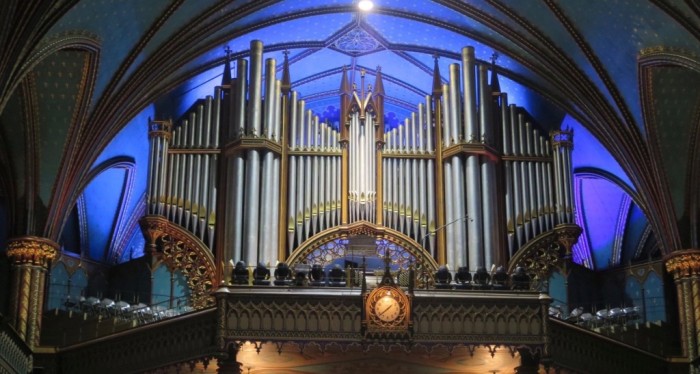 After a series of renovations, the Casavant brothers Notre Dame organ now has: 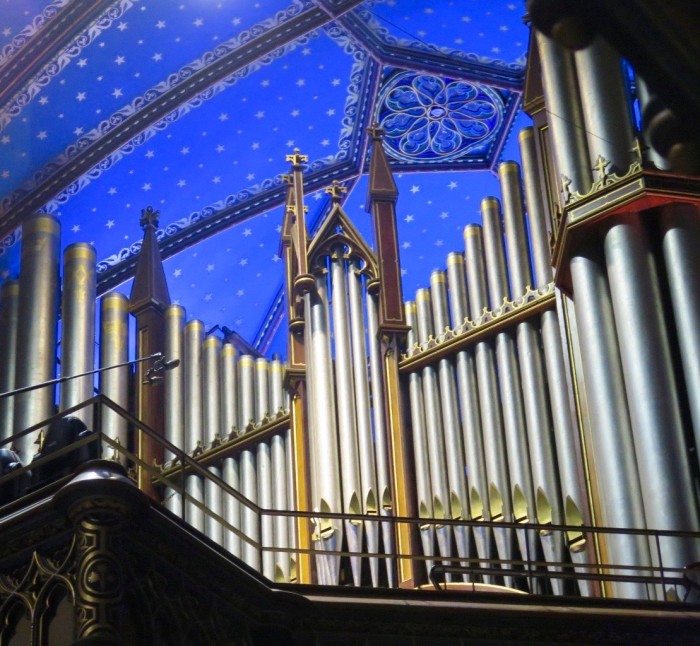 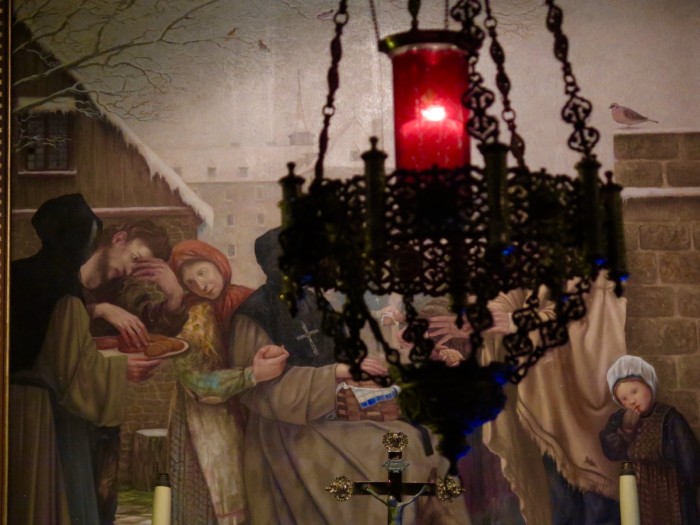 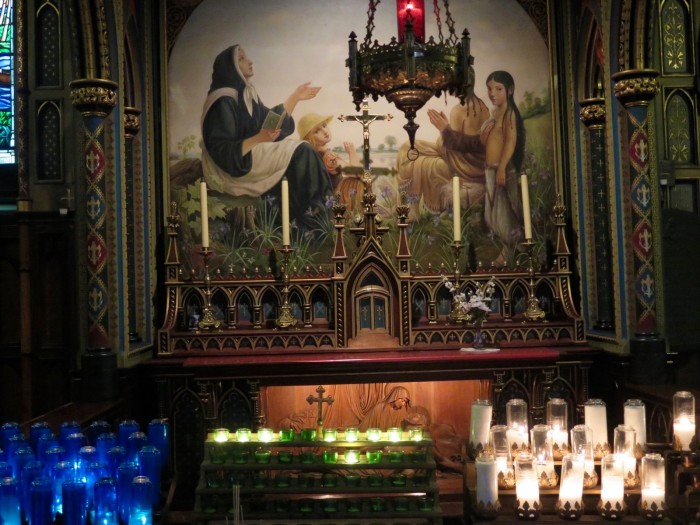 It’s hard to beat the Notre Dame setting, but back here in Vancouver, we have a musically rich Casavant Brothers’ organ of our own. It’s at St. Andrew’s-Wesley United Church on Nelson Street.

On May 14, 1909, St. Andrew’s Presbyterian Church ordered Opus 390 – a 50 stop organ from the Casavant Brothers. Arthur Bewell, the church’s organist. was looking for heavy diapason stops, thick swell boxes, varied reed and flute voicing, and a ‘really good’ Clarinet and Saxophone. In 1932, after St. Andrew’s merged with Wesley Methodist Church, the Casavants were brought in once again to add 6 more stops and a trumpet swell, to enhance the principal and reed chorus, to reduce the pedal by one stop, and to move the Saxophone stop to Solo. This successfully rebuilt organ was named Opus 1475.

Over the years, though, organ trends changed and the Casavant Brothers’ organ was much modified. By the early 1990’s, when the organ had started to deteriorate, St. Andrew’s-Wesley decided to restore the instrument to its Casavant glory. By tracking down original pipework in hidden storage at the church, and matching Casavant parts in New Hampshire, the rebuilding began.

Last week, as part of the West End Heritage tour, visitors were invited to see this revived Casavant organ, now named The Bingham Memorial Chancel Organ. Most intriguing was the climb up into the organ chamber to see the Casavant pipes up close. 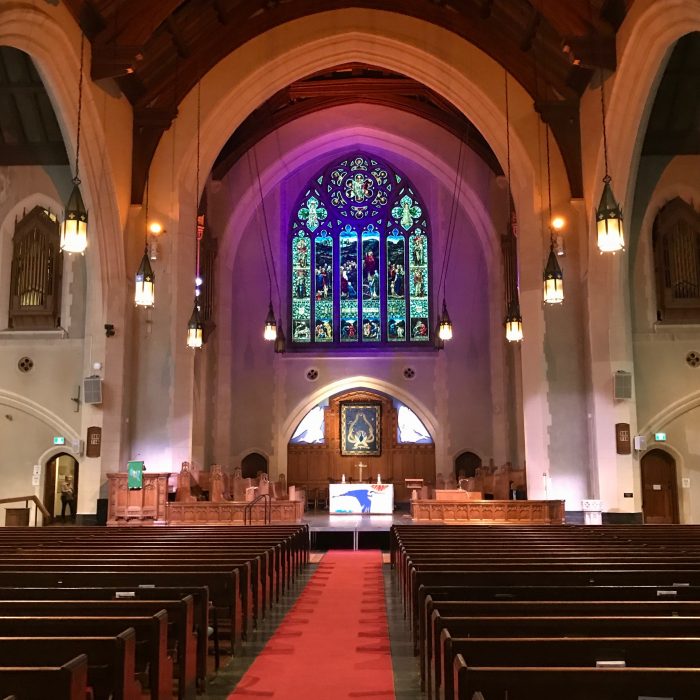 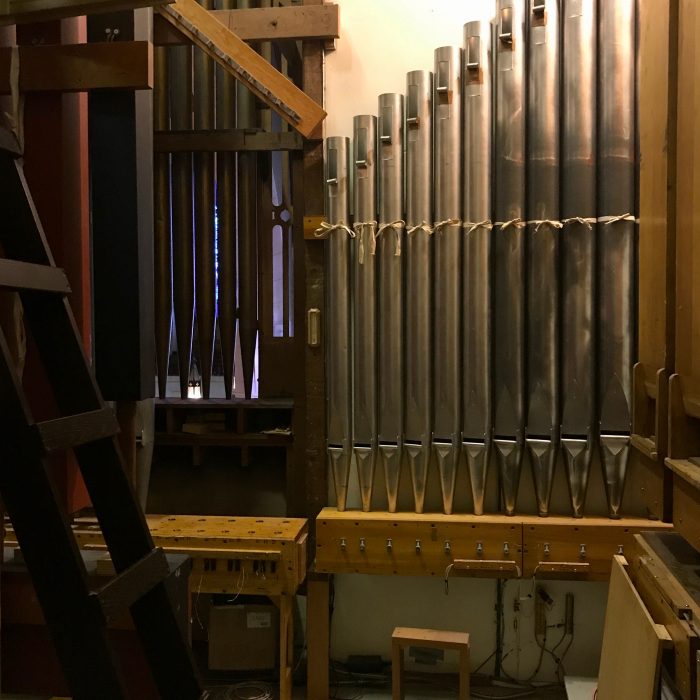 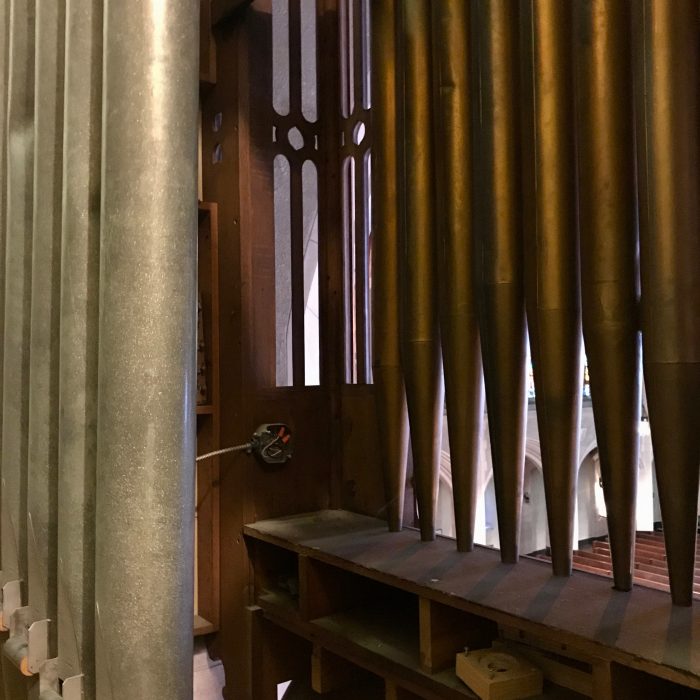 You will hear Darryl Nixon, music director at St. Andrew’s-Wesley, playing the organ at services, concerts and special events, such as Candlelight and Music, a by-donation evening between 7 and 8 pm on October 28th.