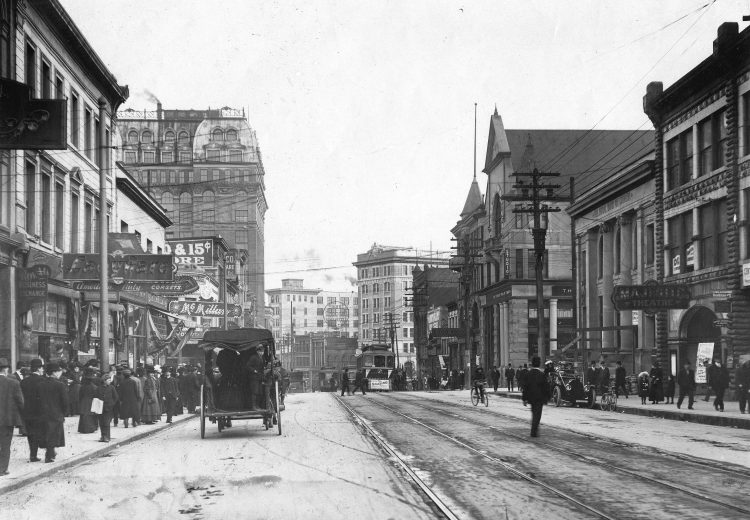 What inspired the Vancouver Fire Department to invest in a motorized aerial ladder? The mansard-roofed Dominion Trust Building, according to author Chuck Davis, or ‘Mr. Vancouver’, as he was known prior to his passing in 2010.

With pride of placement across from Victory Square, the Beaux-Arts building was designed between 1908 and 1910 by architect J.S. Heyler. The 13 storey Dominion Building was, for a time, the tallest building in the British Empire.

Visitors were struck by the 10 story, spiralling staircase that wound up the interior. Vancouverites had been less impressed when, in constructing the building, The Imperial Trust Company ran out of funds. They offered the public bonds to bankroll half of the $600,000 cost. Invest, they said, in a “building that will be a landmark in the city, an object of pride to every loyal citizen.”

When the bonds didn’t fly, Imperial Trust was forced to merge with Dominion Trust. Unfortunately, tenants were hard to find – the beautiful, central staircase reduced potential office space – so Dominion Trust had to sell the building to the unrelated Dominion Bank.

Like most of our old buildings, The Dominion is rich with myth and legend. Even now, some tenants swear they can hear ghosts walking up and down between the seventh and eighth floors. 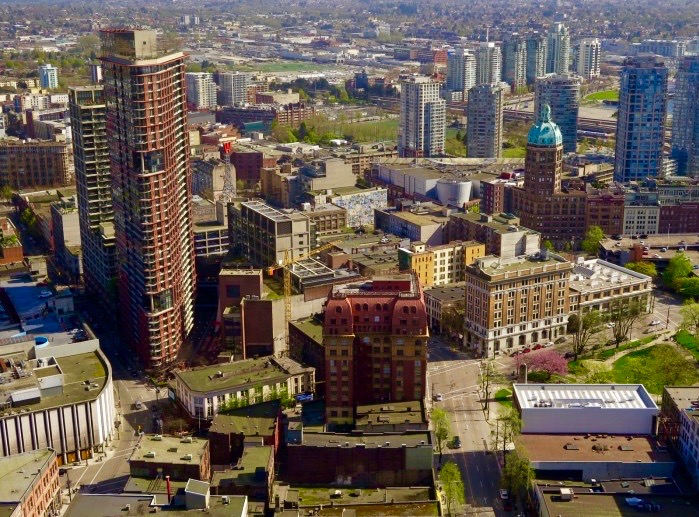 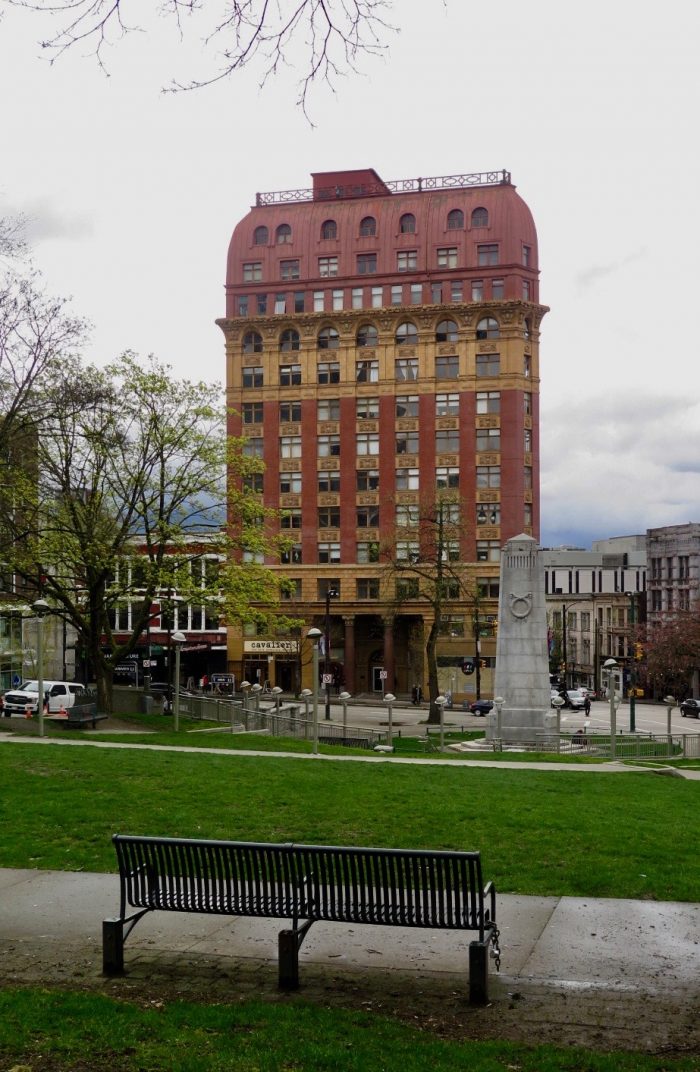