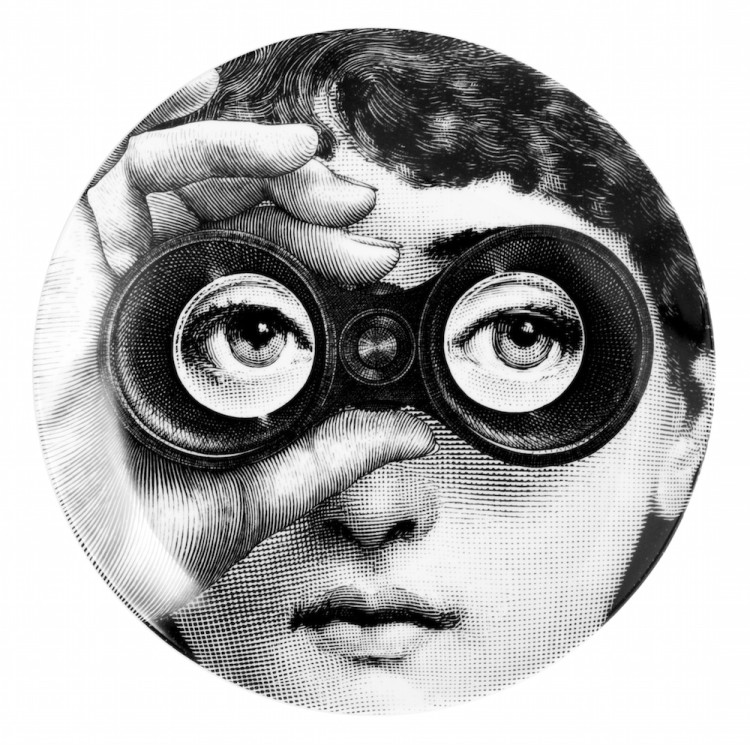 You know her face. Not because of her achievements as a Metropolitan Opera singer in the early 1900’s. Not because of her remarkable Italian life story: parents killed when she was 15, adopted by a Roman Catholic orphanage until she ran away with a theatre group, married a Russian Prince, killed alongside her fourth husband as they delayed running to a bomb shelter in order to gather up her precious jewels. 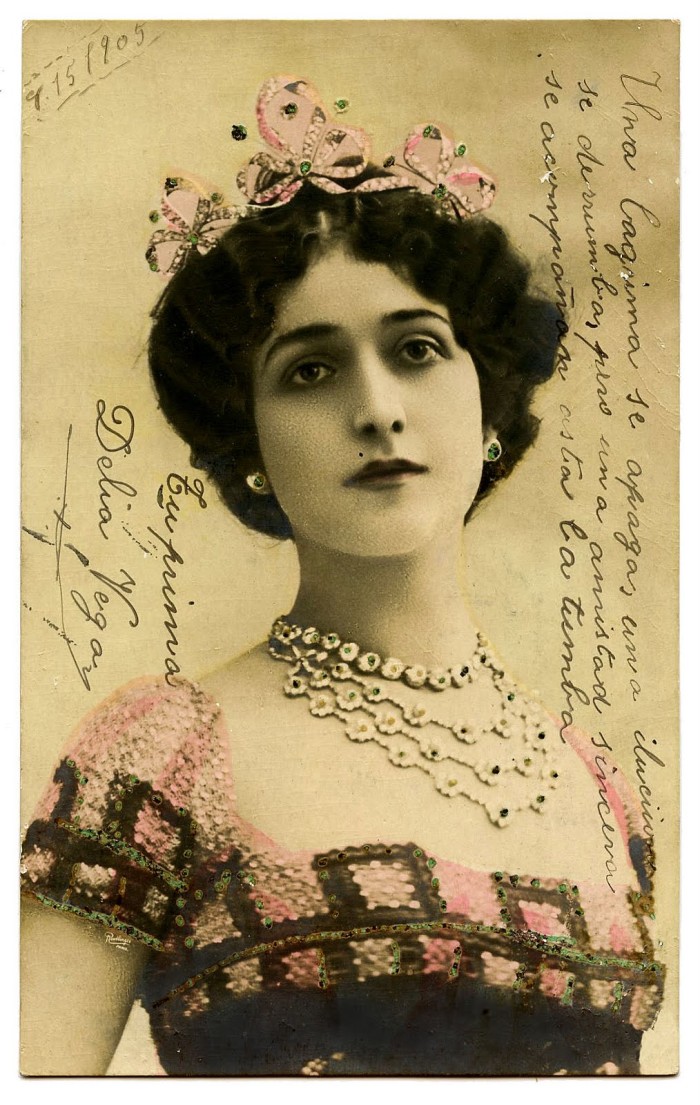 You know Lina Cavalieri’s face because the headstrong artist, Piero Fornasetti, fell in love with her flawlessness. Fornasetti would spend hours looking through old magazines and books. He stopped flipping when he discovered photos of The Most Beautiful Girl In The World. Lina had died 8 years prior. ‘Her oddly inexpressive stare and flawless complexion bewitched him.’ 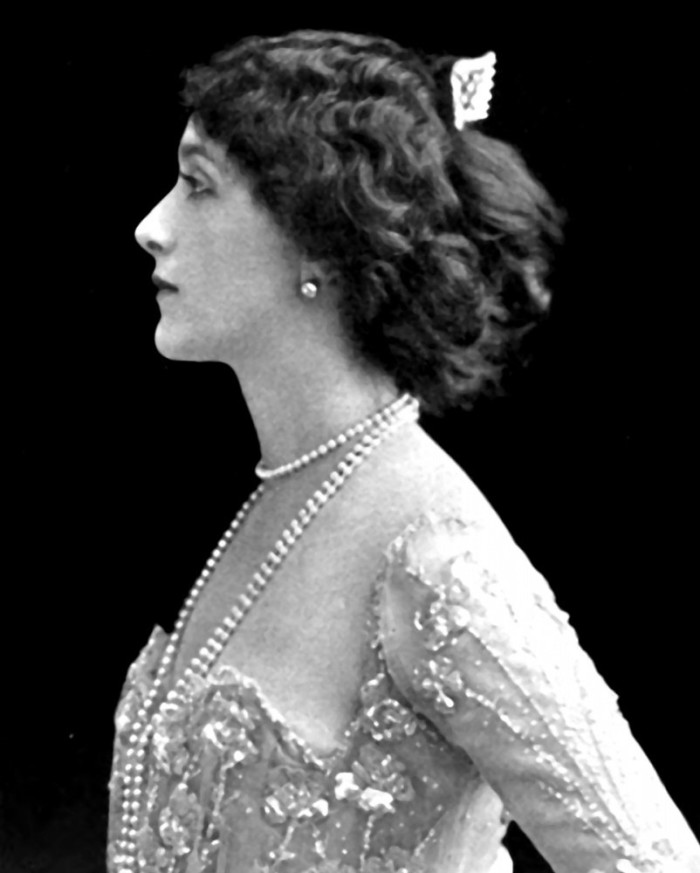 Piero Fornasetti started painting Lina in 1952 and went on to make not 1, not 10, but 350 variations of her face. Rather than an exact likeness, Fornasetti created his own version of Lina on plates, candlesticks, paperweights, glasses, vases, cufflinks.

“What inspired me to create more than 350 variations on the face of a woman?” Piero asked. “I don’t know.”

“I never asked my father about her,” says Barnaba Fornasetti, an artist who has carried on the family brand. “For a long time, I didn’t know her name.”

Piero Fornasetti died in Milan on October 9th, 1988. But, his work and Lina’s face live on under the care of son Barnaba. You’ll see Piero’s Lina all over the world, in all sorts of contexts. Lina oversees the goings on at Fanny O Maison de Beauté in Old Montréal.

When Owner Fanny Ohayon was moving her well-established salon from Westmount to Old Montreal, she was having trouble finding an interior look she liked. Nope. Nope. She was going to suggest that she and her designer call it a day, when she spotted Fornasetti’s Lina wallpaper. “I screamed!” she said. “People were looking, but it was just perfect.”

Now, you can relax with Fanny and Lina and get some Most Beautiful pampering of your own: manicure, pedicure, facial, hairdo..

Meanwhile, back in Milan, Barnaba and the Fornasetti designers continue to innovative with Lina. I’m not sure how Lina would feel about Fornasetti’s quirky new online game: greet the poodles, cats and Italian icons, click on Lina’s moving face, break the plate. But, it it is strangely fun. 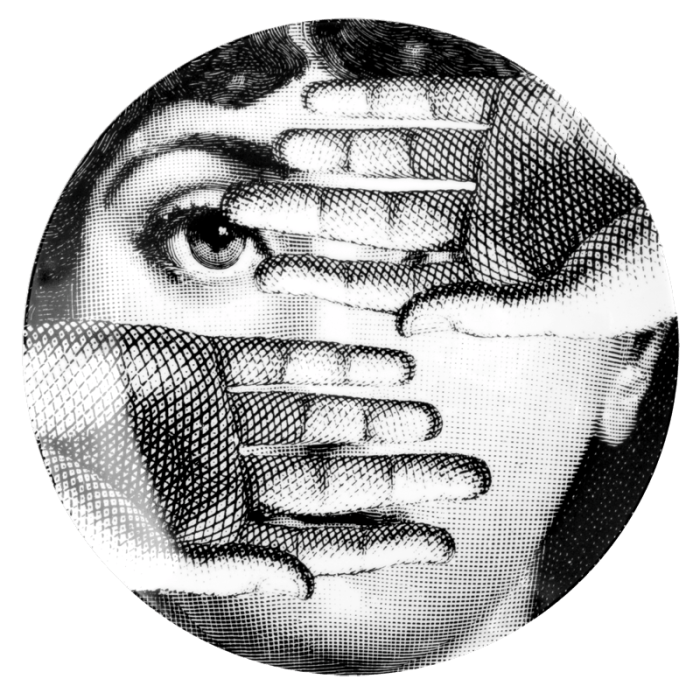 Art In The Montreal Streets 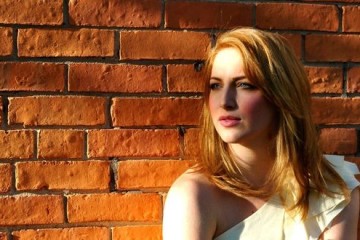 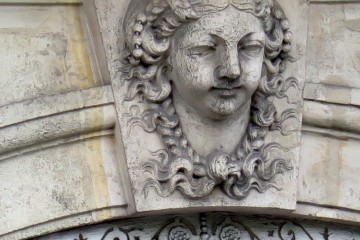