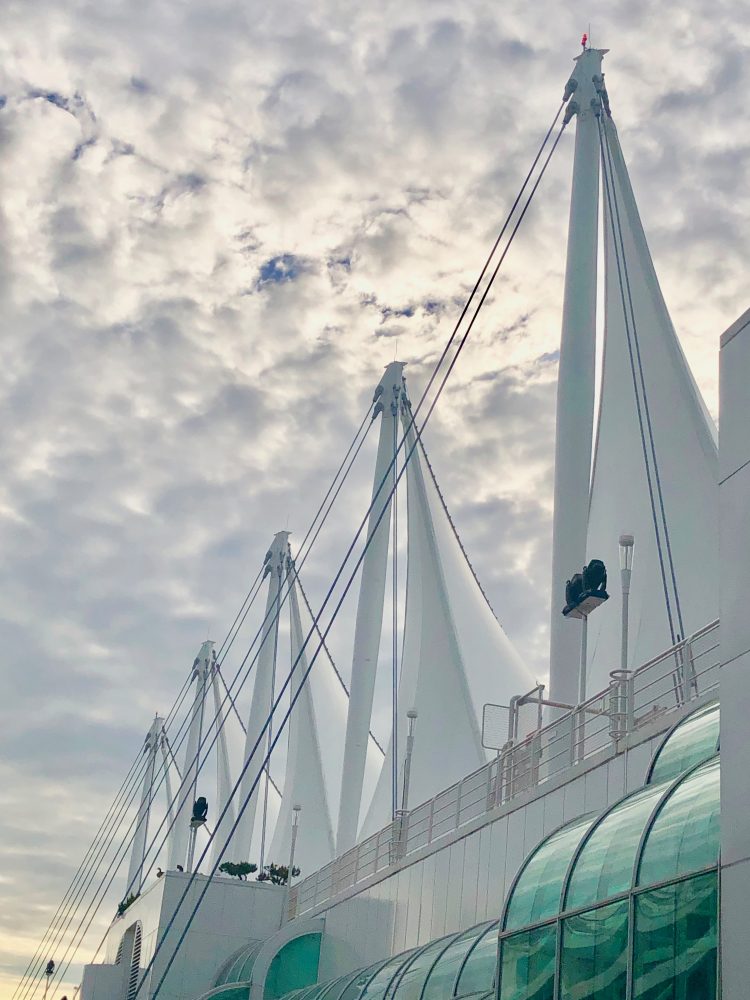 In May of 2019, Prince Charles is welcoming his new grandson – Archie Harrison Mountbatten-Windsor – to the family. Thirty-three years ago – in May of 1986 – Prince Charles was in Vancouver with Princess Diana to welcome the world to Expo 86, a World’s Fair focused on Transportation and Communication.

“Good evening from Expo 86.” Knowlton Nash marked the rainy occasion on CBC. “Vancouver’s big day has finally arrived. Eight years of work and worry are over, and the show is on. Thousands of people here shared the thrill when a Prince and Princess opened the door to let the world into Vancouver’s gala fair.” 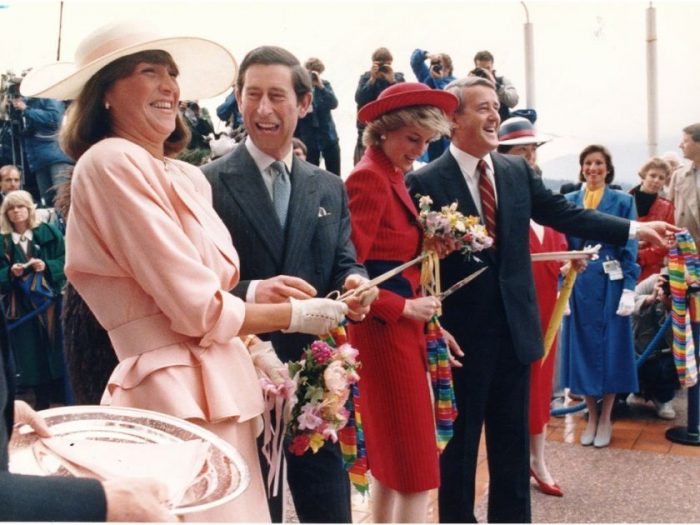 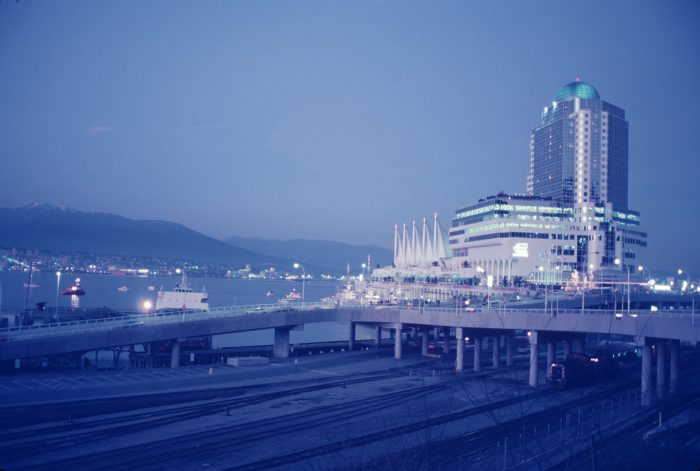 Canada Place and its iconic roof was created by architects Zeidler Roberts in a joint venture with Musson Cattell Mackey and Downs Archambeault Architects. Given its location overlooking the Vancouver waterfront, the nautical theme was fitting.

The first ninety foot sail was raised in September of 1984; the last in October. It was, at the time, the largest tensioned fabric roof in the world.

As you’ll see in the short from Discovery Channel’s Daily Planet, replacing the sails in 2010 was no small feat. It was important that the new material be more durable while keeping true to the original design. The resulting fibreglass-reinforced Teflon roof stretches 180 feet diagonally.

Canada Place partnered with Architecture for Humanity to recycle the original sails in projects like The Dream Big School in Tanzania.

Canada Place took its next international turn as the Main Press Centre for the Vancouver 2010 Olympics. These days, you can find row upon row of visitors looking out at the sails from the balconies of the massive cruise ships that move in and out of the port. 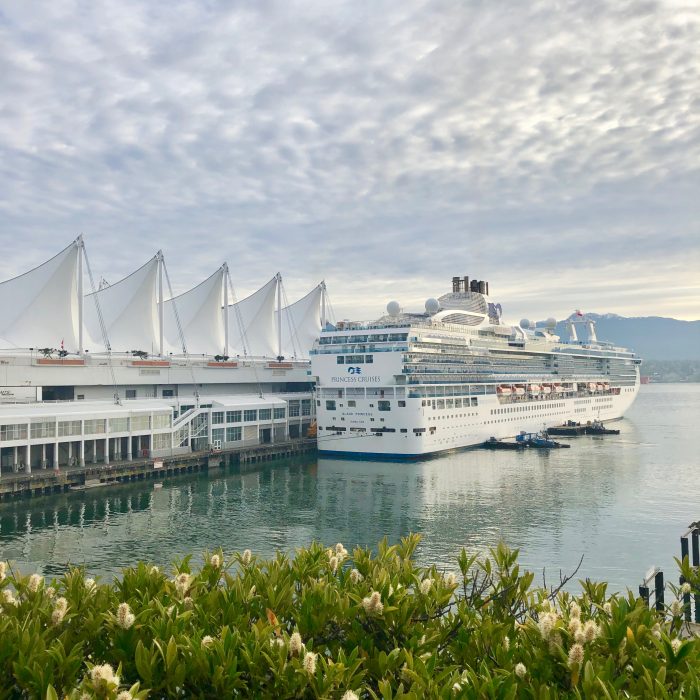 The Canada Place Sails of Light program allows for the sails to be hued and animated at night to mark the calendar – eg: for Remembrance Day or Lunar New Year – or to raise awareness for colour-themed charitable events, such as Pink Shirt Day.