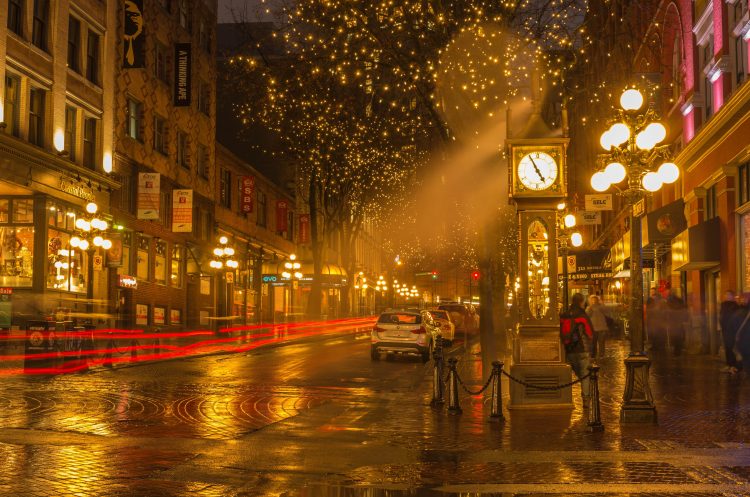 It has always been a surprisingly popular stop. When we were Vancouver tour guides, the chatter would quicken as visitors neared the Gastown Steam Clock.

“Is it hundreds of years old?”

“The clock is fully powered by steam right?”

Horologist Raymond Saunders was commissioned to build the Gastown Steam Clock in order to cover steam venting up from the underground pipes. Some say that the city was trying to deter people who were looking for a warm place to sleep on rainy nights. 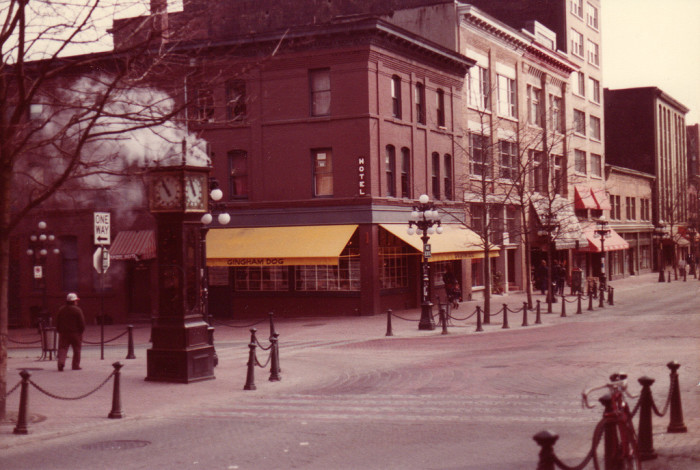 Touring visitors who were saddened by the semi-steam news were cheered when it happened.

On the quarter hour, the Gastown Steam Clock kicks into action and plays the Westminster Quarters or Cambridge Chimes. It’s an eminently familiar tune, composed by some combination of Dr. Joseph Jowett, Dr. John Randall and William Crotch and heard around the world on grand clocks, like Big Ben.

But here in Gastown, the Cambridge Chimes are played through steam whistles.

“I’m very proud of how popular it’s become,” said clock-maker Raymond Saunders, aka ‘Father Time’. He has gone on to build over two hundred public clocks, seven of them powered by steam.

A Stink of Perfume and Decay