It is one of the most recognizable opening themes of all time.

The lone trumpet calls us in, clear and ominous. Nino Rota’s Godfather Waltz will not inspire the merriest of dancing.

This Italian composer was brought on by Francis Ford Coppola to score the comings and goings of Don Vito, Sonny, Michael and the rest of Mario Puzo’s protagonists. Rota’s soundtrack was one of the eleven Oscar nominations first garnered by the 1972 film. However, his nomination was revoked when the Academy decided that Rota’s score was not eligible because he had used the Love Theme motifs previously in his score for the 1958 comedy Fortunella.

Oscar or not, the score and its movie are iconic. The American Film Institute ranks Rota’s score the 5th Best of All Time. 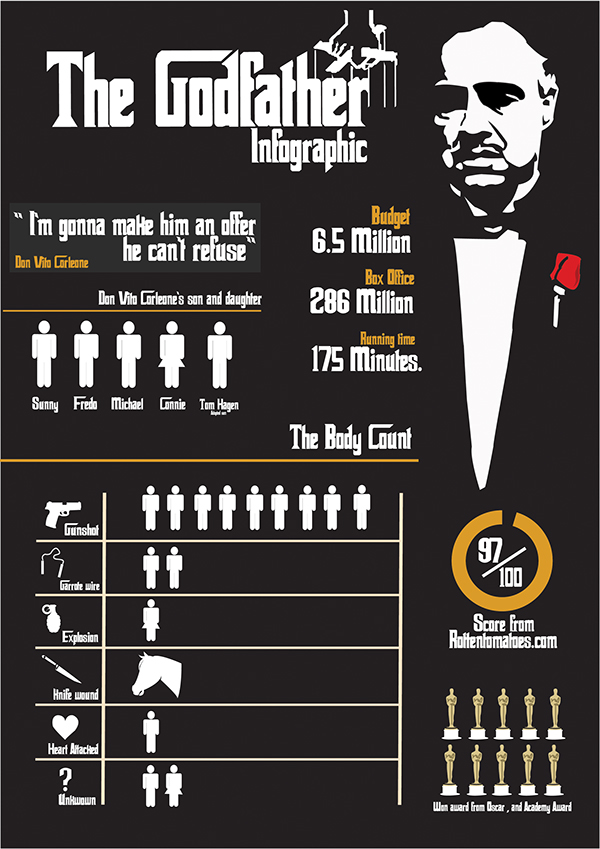 This Wednesday, March 30th at 7 pm, you can experience a live, full orchestra performance of Rota’s score while watching The Godfather on the big screen at the Orpheum Theatre. Visiting conductor Justin Freer – a film music specialist- will lead the Vancouver Symphony Orchestra through a simultaneous playing of the score. It’s a unique opportunity in a beautiful setting.

A word of warning: if you’re under 18, you’ll need to come with an adult, given the film’s coarse language and violence warning (see The Body Count above..)