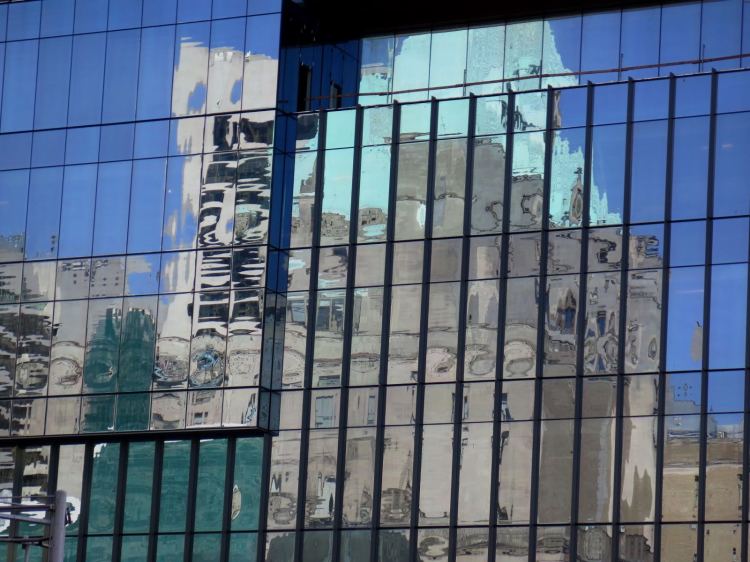 The green copper roof is one of the most recognizable landmarks in our city and it’s at the Hotel Vancouver, no less. Now owned by Fairmont, this hotel was the third to be given the name ‘Vancouver.’  The grand opening was scheduled on May 24th, 1939 to coincide with the Royal Visit of Queen Elizabeth and King George VI. 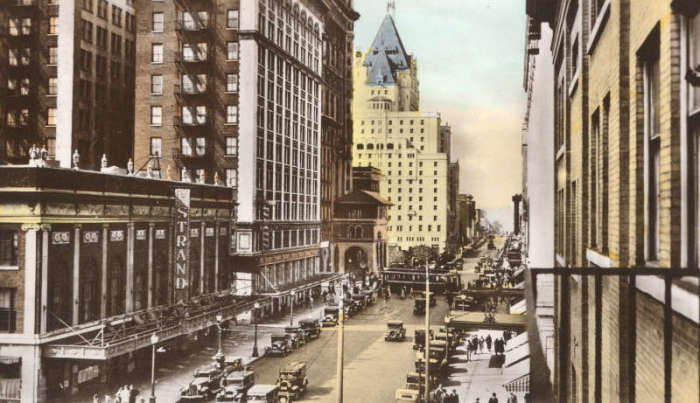 The gothic chateau-style hotel stands at seventeen stories and was designed by architects John S. Archibald and John Schofield.  Archibald trained with William Mackintosh in Scotland before moving to Montreal, while Schofield was originally from Ireland. Their steep roof gets its green colour from oxidized copper.

If you were around Vancouver in 1975, you might have seen low-flying red helicopters buzzing the hotel roof for the climax gun battle in Russian Roulette. In the clip below, you’ll see George Segal, “a tough Canadian cop,” hugged up against the copper trusses, shooting at bad guys who come plummeting down onto Georgia Street.