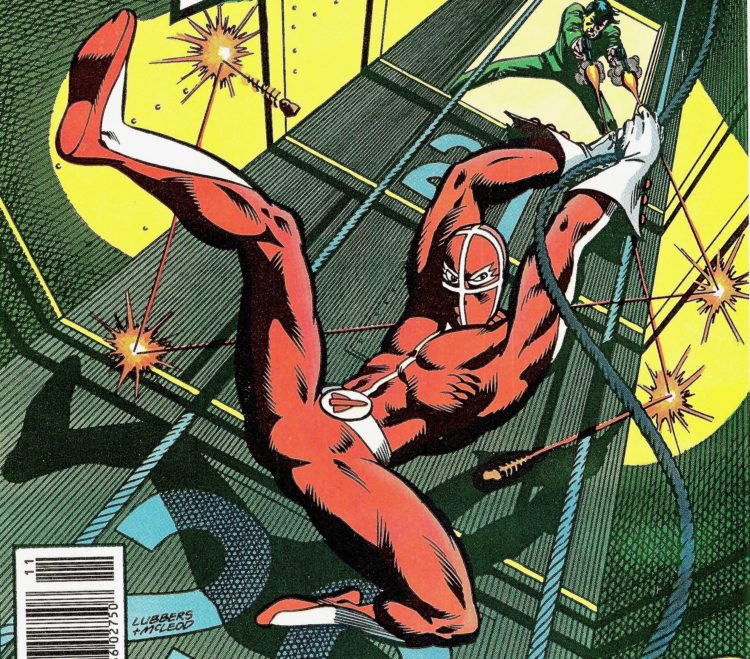 If you take the glass elevator up to the tippity-top of Harbour Tower and look east, you will quickly notice a green domed building. Architect William Tuff Whiteway’s seventeen story steel, brick and terracotta building still commands the skyline, even though it is no longer the tallest building in the British Empire. This is the Sun Tower and its Beaux Arts dome may look like copper, but it is painted green steel. 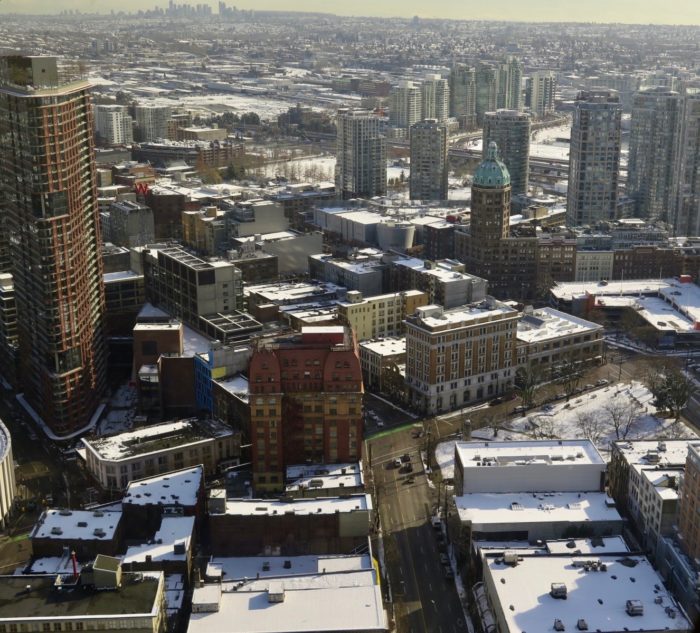 If you had aimed your mother of pearl binoculars at this Pender Street tower on November 1, 1918, your delicate eyes might have been shocked by the nine breast-baring maidens who, courtesy of Italian sculptor Charles Marega, were supporting the cornice. Once you recovered from the unexpected nakedness, you would have noticed a huge crowd gathered at the bottom of the tower and looking upwards.

The throng of thousands were gawking at a man, Harry Gardiner, who was dressed in white canvas and scaling the side of the building. The ‘Human Fly’ was using nothing but his hands to climb up to the top of the cupola. The crowd gasped when he wavered, his legs swinging side to side. The Human Fly looked particularly shaky when he met Marega’s maidens and their treacherous cornice. 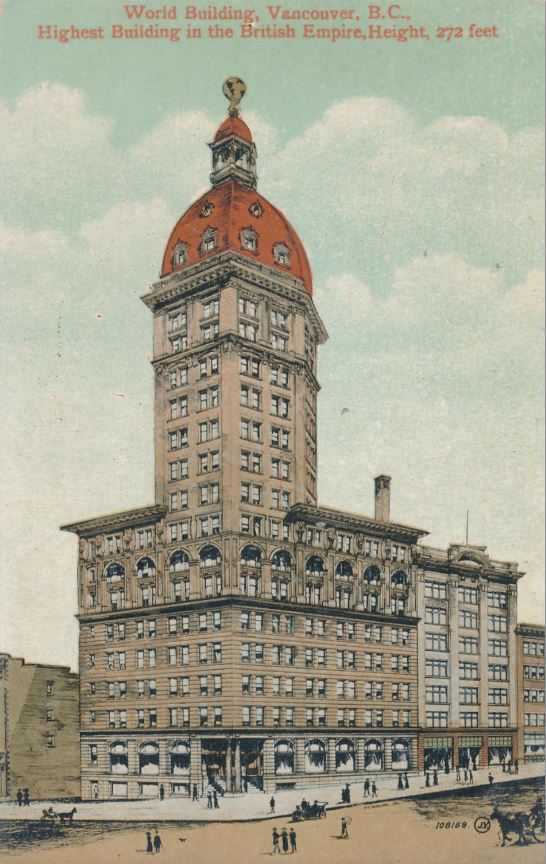 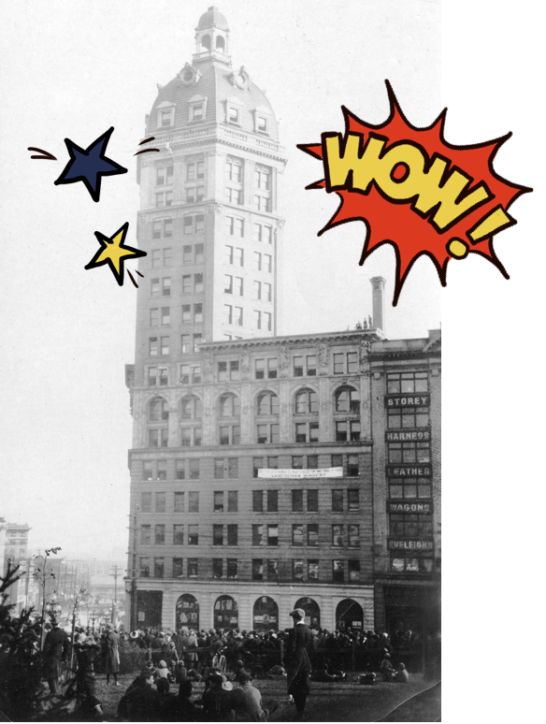 One and a half hours after starting, Harry the Human Fly made it to the top of the building. Can you spot him?

Harry did this sort of thing for kicks, but he was brought to Vancouver on business. The Empress Stock Company had enlisted the scaling skills of the Human Fly to bring attention to their Victory Bonds. At one point during Harry’s climb, Miss Lottie Fletcher climbed up a fire ladder to release a banner praising her company’s bonds.

Life at William Tuff Whiteway’s building returned to relative tranquility after Harry the Human Fly left town. When the Vancouver Sun bought this World Tower in 1937, the tower was re-christened as the Sun Tower – a name it retains today, even though the Vancouver Sun left in 1965.

Hollywood North has brought some excitement back to the Sun Tower. The building served as The Watchtower in Smallville. And, in this clip from The Flash, it is Grodd, not Harry the Human Fly, who is perched atop the tower.