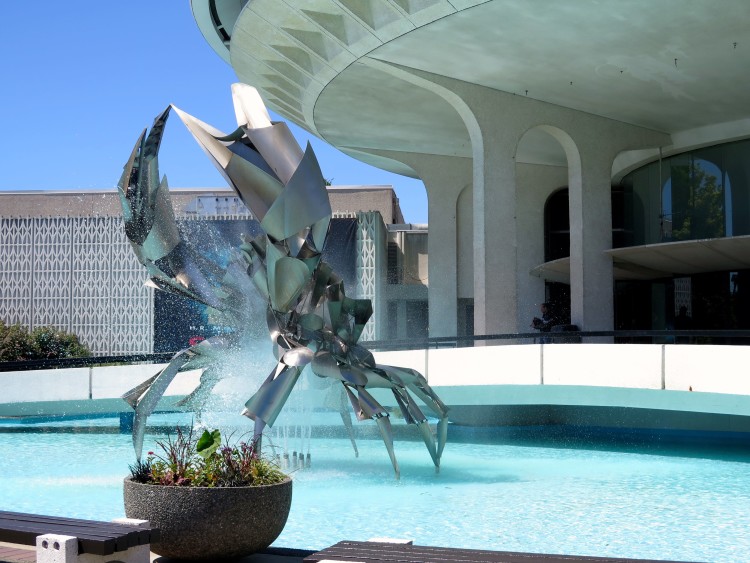 But who made it?

It’s surprising how difficult it can be to find  information around who made certain buildings or historic pieces of outdoor art. There will be thousands of photographs from every which angle. Exact weights, heights, patina. Detailed logs of who had their picture taken by the artwork in which year. But the person who created it? Too often, crickets.

One artist who would have been quite comfortable with the relative obscurity? George Norris, the sculptor behind the famous crab sculpture outside the Vancouver Planetarium. Norris, who was born in 1928 in Victoria, was opposed to ‘the cult of personality’ in art. He would not sign his works. Neither would he name them, preferring to leave any interpretation to the viewer.

Ironically, Norris’ is one of the few names actually attached to a historic public artwork in Vancouver. The Norris Crab is a feature on any major city tour. He was inspired by First Nations stories focused on crabs who guard the harbour. Once his model was done, the Vancouver Centennial Committee hosted crab bruncheons to raise the $20,000 needed to pay for the fountain.

The Norris crab was welded by Gus Lidberg near Main Street. In October of 1968, it was transported by barge down to its home in front of the H.R. MacMillan Space Centre, itself a signature building designed by architect Gerald Hamilton.

Norris’ work was all over the city, though many pieces were removed when their adjacent buildings were torn down or renovated. “It’s upsetting,” he said. “You put a lot of work and part of yourself into something like that.”

He didn’t feel so appreciated by his city: “Vancouver chews us up and spits us out.” Hopefully, he would be pleased to know that his crab – personality titling and all – has become an integral part of our identity.