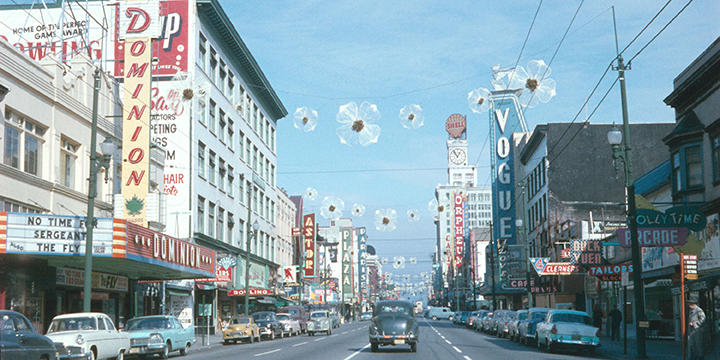 “I didn’t know we had theatres like this in Vancouver.”

“It reminds me of buildings in New York.”

“I can’t believe they wanted to knock it down.”

As concertgoers head into Orpheum events, they pull out their phones to snap photos of this beautiful downtown Vancouver theatre. 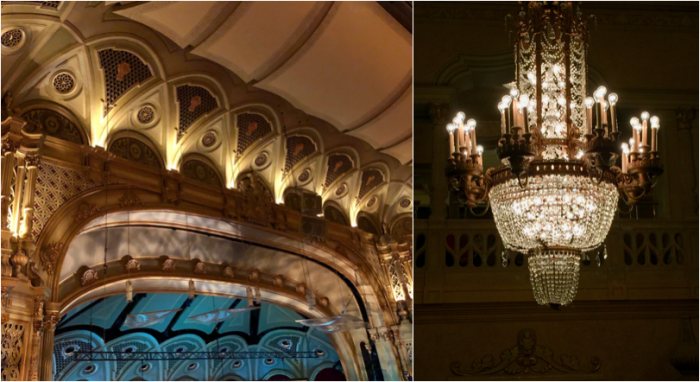 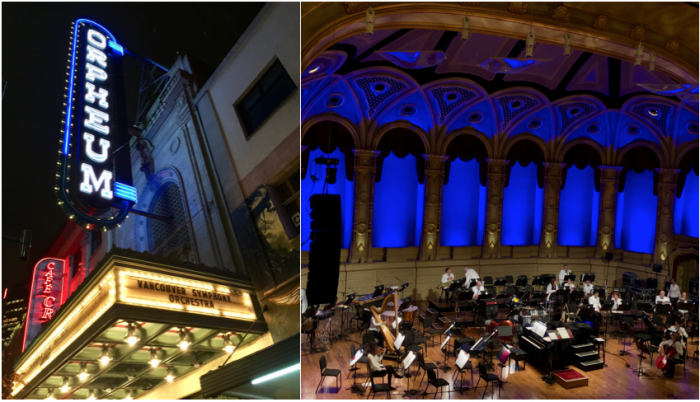 Designed by Scottish architect Marcus Priteca to be the ultimate vaudeville film house, the Orpheum opened on November 7th, 1927. With $100,000 worth of gold-leaf in the ceiling, 3,000 seats, a mammoth Czechoslovakian chandelier, gold and black damask draperies, and the latest in neon signage, the theatre cost more than $1.25 million to create. American muralist and renowned movie theatre designer, Anthony Heisbergen, took the lead on the interiors of this ‘conservative Spanish Renaissance’ style building.

The first show? Marie White and the Blue Slickers, with a special appearance by ‘King of the Kazoo’, Jack Howe. 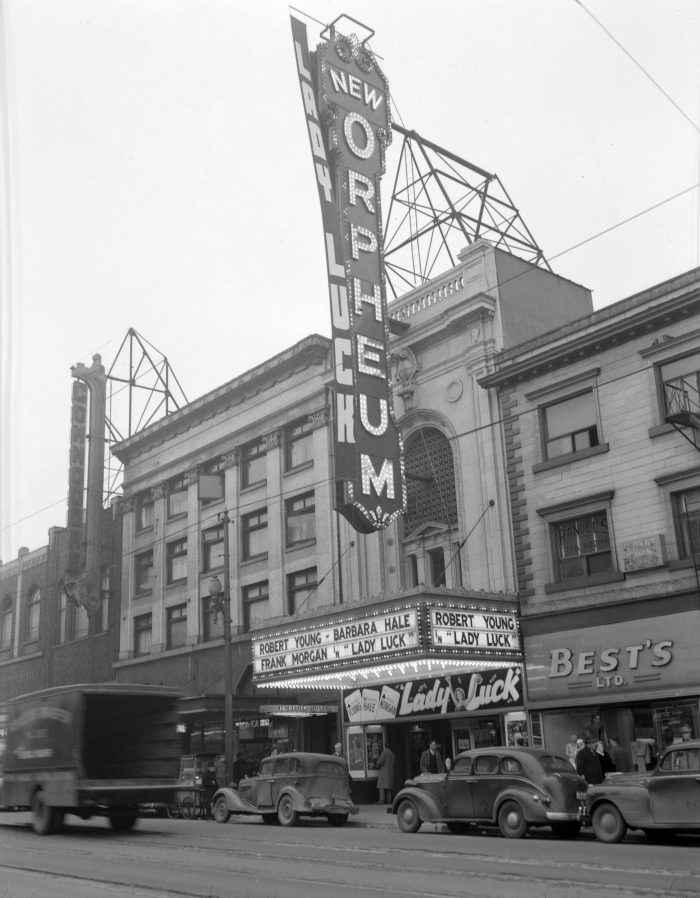 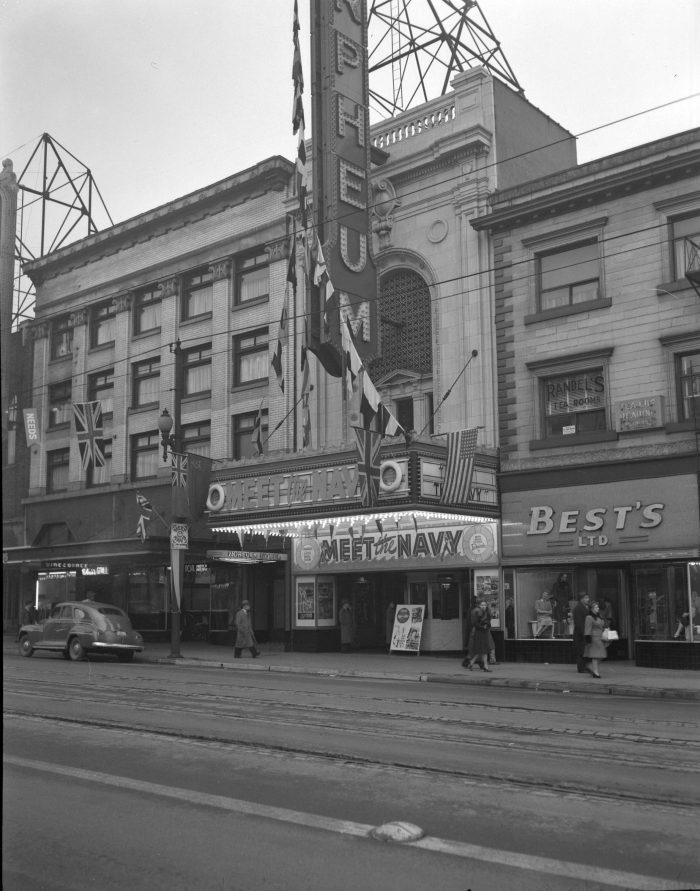 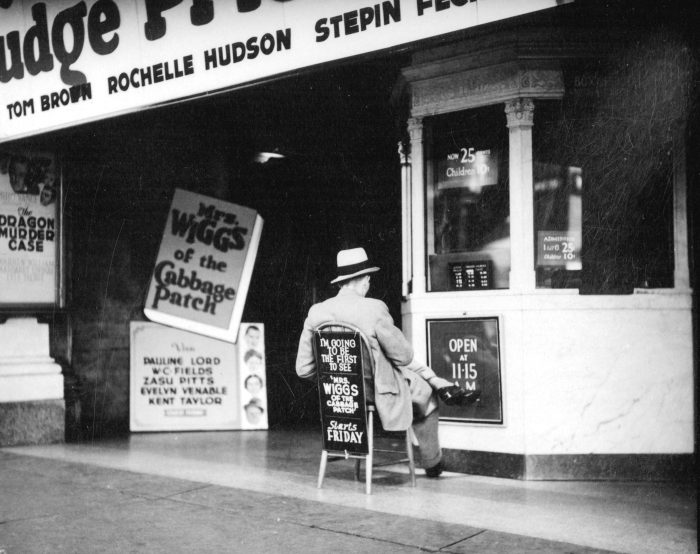 The theatre was initially called The New Orpheum, as three ‘Orpheums’ – linked to the San Francisco vaudeville chain – had already been built in Vancouver: one on Cordova in 1905, the next on Pender and Howe in 1906, and the third at 759 Granville in 1913. The latter became the original Vancouver Opera House.

Male attendees could visit the men’s smoking room, while women could ‘retire’ in a room tended by maids and equipped with ‘ultra-modern cosmetiques.’ To this day, some swear that the Orpheum is haunted by three ghosts: a former men’s room attendant, a clapping female audience member, and a former high-flyer acrobat who fell to his death in a show.

Ivan Ackery, who took on the position of Manager of the Orpheum Theatre in 1935, soon became known as ‘Little Orpheum Ackery.’ Author and Historian Chuck Davis describes him as the ultimate theatre advocate, whose promotions included ‘walking down Granville Street with a cow and a sign reading “there’s a great show at the Orpheum and that’s no bull.”

When 1970’s wrecking balls were bashing up the city, ‘Little Orpheum Ackery’ fought alongside Canadian impresario Hugh Frank Digby Pickett, and a chorus of Vancouverites to save the Orpheum. Led by then Mayor Art Phillips – and with private, federal and provincial support – the city bought the theatre in March of 1974 from Famous Players for $3.9 million dollars.

The doors of the Orpheum closed in the mid 1970’s to ready the theatre for its new primary tenant: The Vancouver Symphony Orchestra. The VSO had performed their first Orpheum concert on October 5th, 1930, led by conductor Allard de Ridder.

Heading the Orpheum renovation was architect Paul Merrick, who focused on seismic upgrading and restoring theatre details, like the gold-leafed décor and plaster motif. Merrick’s team also replicated the initial design in a newly built proscenium for the VSO. Merrick brought on original muralist Tony Heinsbergen – then 81 –  to create the 24 canvas panels that form the striking mural in the theatre dome.

When the theatre re-opened its doors in April of 1977, it was the VSO – conducted by the beloved Kazuyoshi Akiyama – who, with Canadian opera star Maureen Forrester, gave the first concert.

Here’s the 2012 VSO in the Orpheum playing Fiddle Faddle by Leroy Anderson. They are led by a tap-dancing Conductor Emeritus Bramwell Tovey at a special program to introduce young and old to orchestral instruments.

Over the decades, the renovations and upgrades have continued, with an eye on respecting Priteca and Heinsbergen’s original work. A stream of world-class performers have made their way through, along with film crews from The X Files to Battlestar Galactica and Highlander: The Series.

Here’s a short from The Vancouver Courier on the Orpheum’s 90th Birthday.