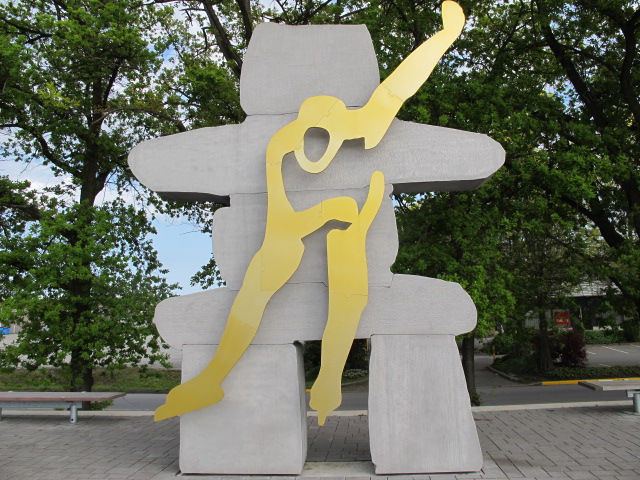 With the Rio Olympics coming soon, Vancouverites are remembering our time in the 2010 Olympic whirlwind. So many people across the city were involved in planning, developing artwork, volunteering, performing, building.

During the Olympics, the Oval was home to the exciting long-track speed-skating events. Much happened: Clara Hughes won her sixth Olympic medal in long-track. Czech skater Martina Sáblíková won two gold. The Canadian team won the 5000, with Mark Hamelin netting his second gold of the games..

Dutch powerhouse Sven Kramer unbelievably was disqualified from the 10,000 finals win, when his coach got momentarily confused and mistakenly shouted and shouted at Kramer to change lanes at the wrong time.

Sven being Sven, though, he did win two golds in the Vancouver Olympics. Here he is on his way to the gold in the 5000m at the Oval.

From the Olympics to now, people have paused to admire the river and mountain view out the Oval window, the sunlight beaming in through all of the glass walls and, above all, the intricacy of the soaring wooden roof.

The architects behind the Oval are Canon Design. The Oval, they explain, is designed to look like a heron in flight. ‘The heron is celebrated in a series of feathered roof spans that tail off the edge of the building to create porches that will serve as outdoor gathering spaces. The roofline of the Oval also mirrors the outline of the stylized heron that is the centerpiece of the city’s logo.’ 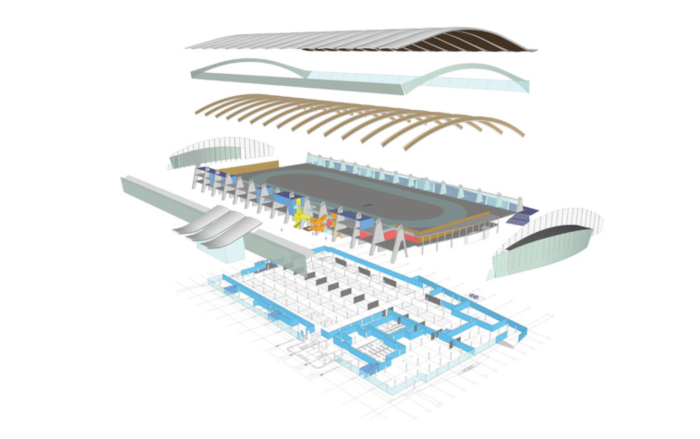 Herons, many of whom can be found flying in the area, embody three qualities that the Canon team feel represent Olympic athletes: Flow, Flight and Fusion.  These three qualities also drove the Oval’s design.

Canon Design worked with Structure Craft and Fast + Epp structural engineers on the roof and its 500 panels. 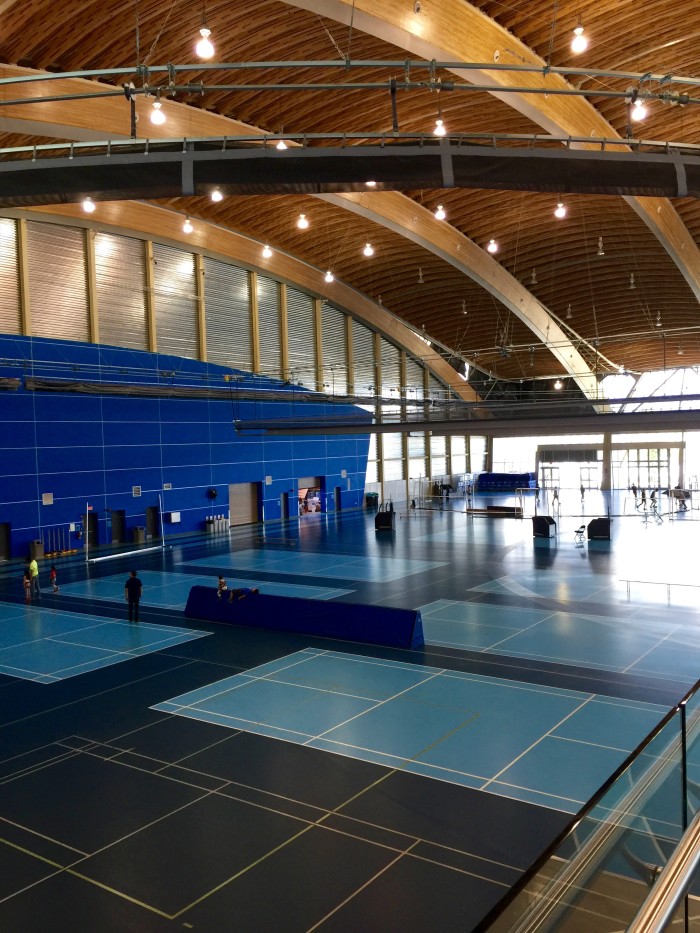 ‘The bones of the structure,’ they explain, ‘are created by 15 composite Glulam and steel arches which span the 330ft (100m) across the building, resting on 30 enormous concrete buttresses. Each arch has a distinctly V-shaped hollow cross-section that conceals heating, ventilation, air conditioning, plumbing, acoustical, electrical and lighting systems. Spanning the 42ft (12.8m) between arches are our prefabricated WoodWave structural panels.’

Through all of its sustainable practices, the Oval earned LEED Silver certification. The roof was made primarily from lumber that had been hit by the mountain pine beetle infestation in BC’s Interior.

In this clip, the Oval creators show us a bit about how they went about building their roof.

Anyone can visit ROX or the Richmond Olympic experience at the Oval. There, you can ride all sorts of virtual reality Olympic sports simulators – bobsleigh,  kayak, sit-ski, ski jump and the non-Olympian F1 racecar. You can also visit the Olympic Museum, pay to drop-in for a workout, skate or to pull yourself up up the rock wall towards the Olympic rings. You might even absorb some Olympian mojo while you’re there. 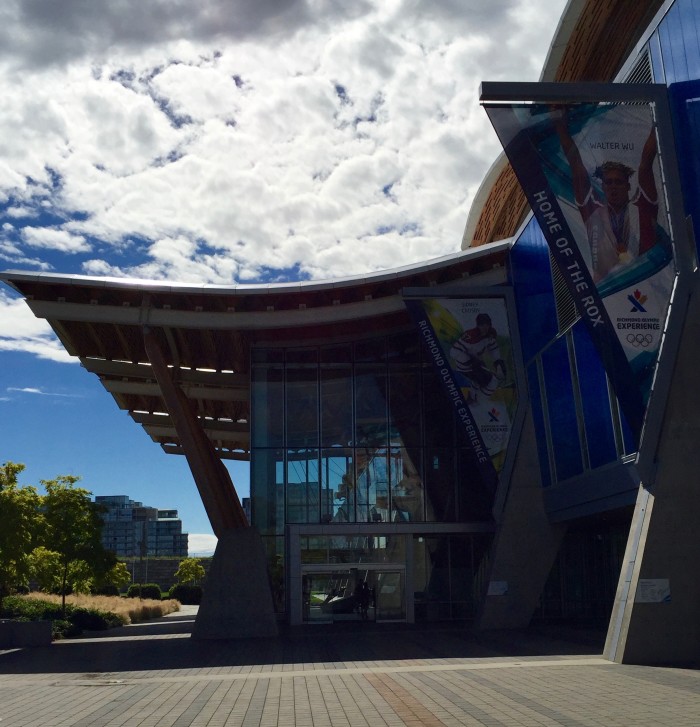 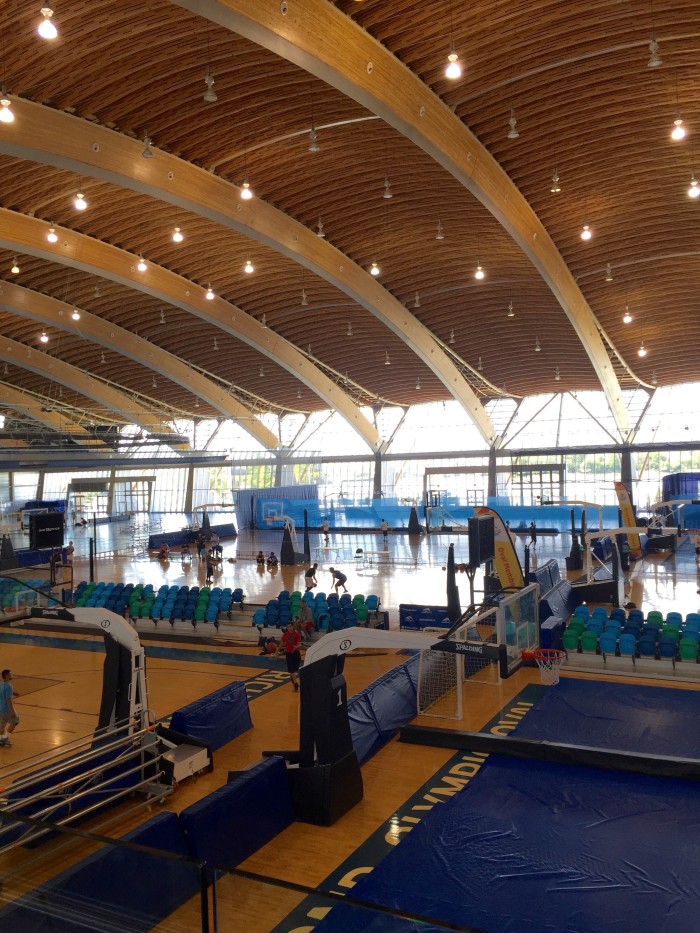 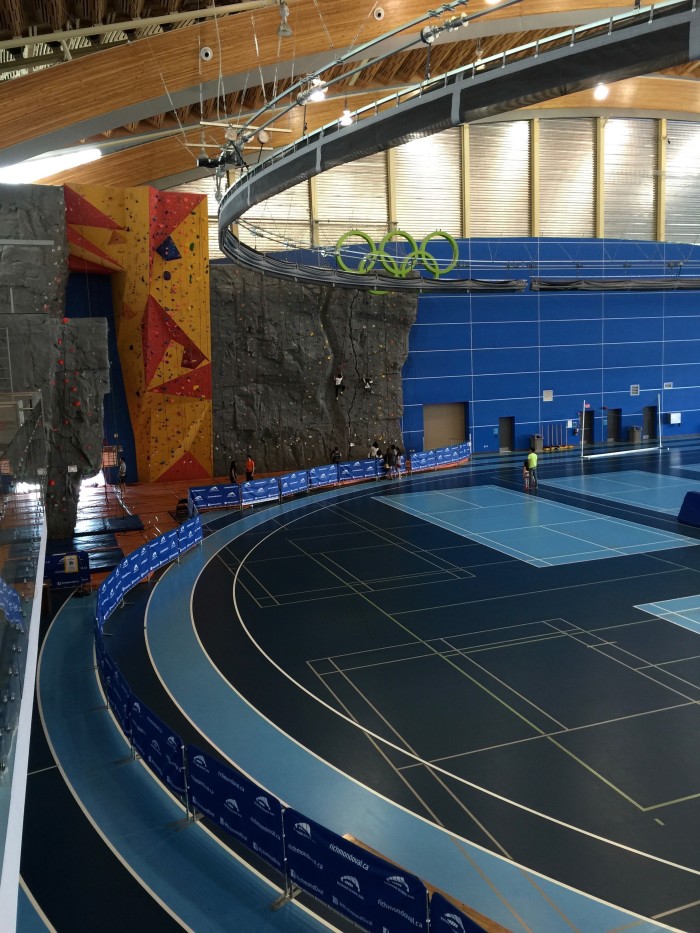 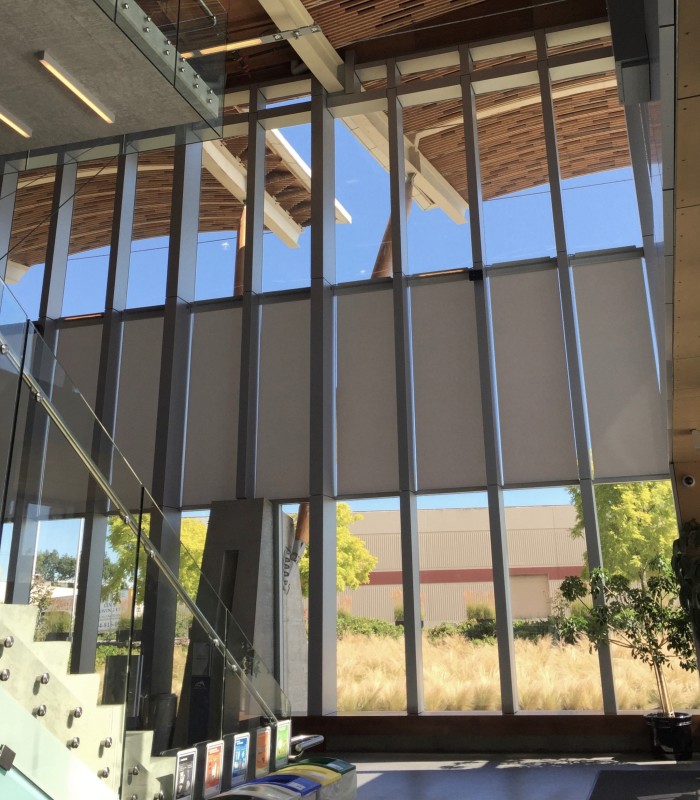 Meanwhile, the Oval has been spruced up on the river side. There are now beach volleyball courts on sand, Adirondack chairs looking over the river and space for outdoor moving screenings. 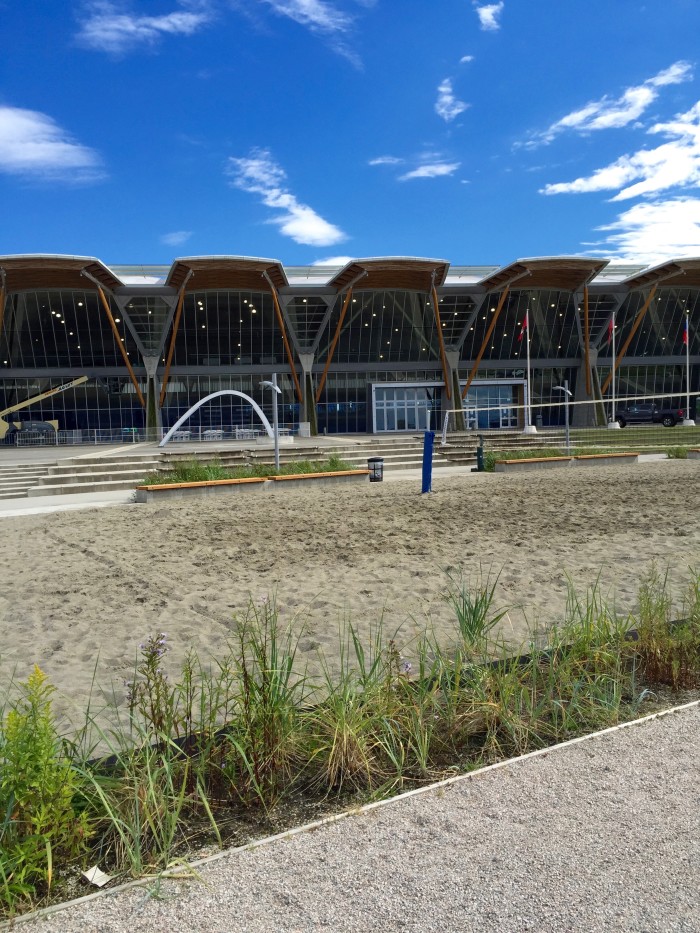 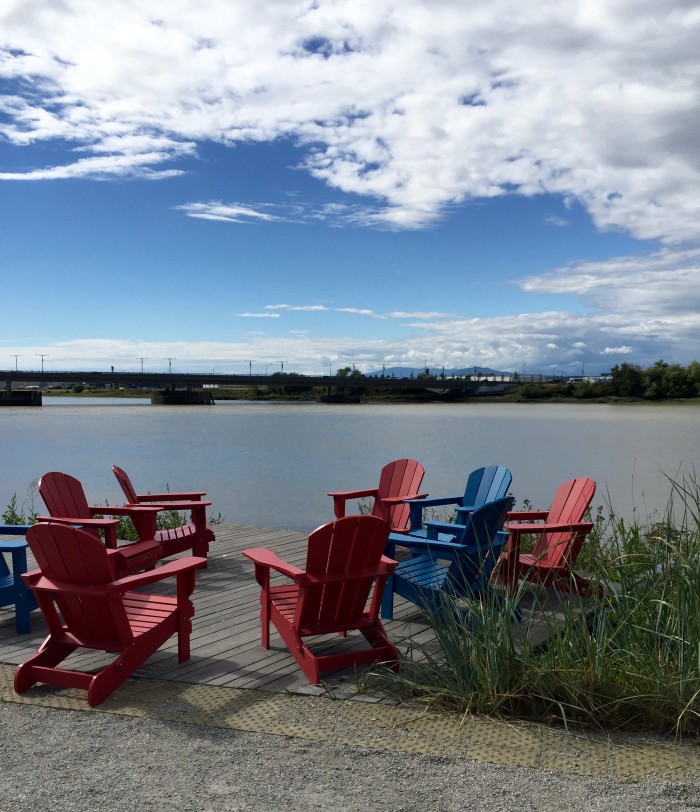 Here is to a safe and exciting Olympics for all those headed to Rio.