Simpsons On The Street 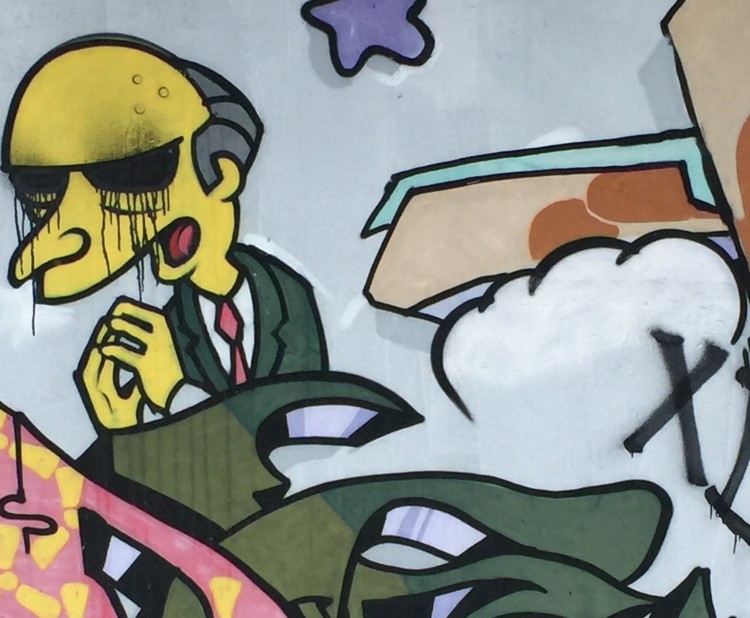 Below you will find the first words uttered by one of the characters on The ever-running Simpsons. Do you know who it was?

“Well, it’s no secret this city is under siege by a graffiti vandal know as ‘El Barto.’ Police artists have a composite sketch of the culprit. If anyone has any information, please contact us immediately.”

‘The Simpsons has been one of my favorite shows since the early 90’s,’ writes Shepard Fairey, a much-followed artist on the streets and beyond.

It was Fairey who created the 2008 Hope poster for Barack Obama. The Simpson’s 2012 Exit Through the Kwik-E-mart episode featured Fairey, along with street artists Robbie Conal, Ron English and Kenny Scharf. 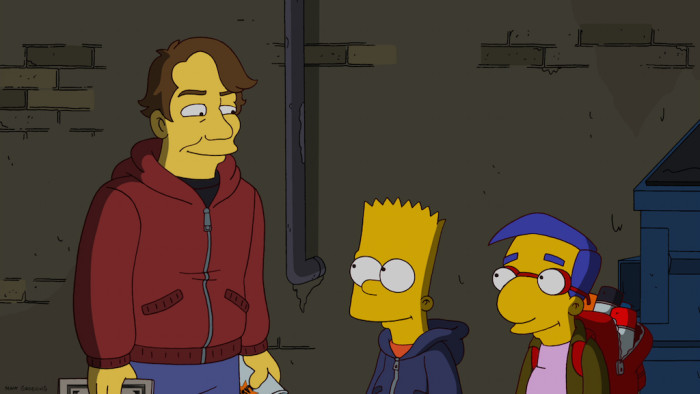 ‘When I was running my screen printing studio in Providence R.I.,’ continues Fairey, ‘my crew and I lead a Spartan existence consisting of long hours and a seven day work week. Our only recreational indulgence ritual was to stop work early Sunday evenings to eat dinner together while watching The Simpsons. ‘

In Vancouver, street artists have been inspired to draw Simpsons murals from the Downtown Eastside to Kerrisdale. Here are some excerpts from a long mural behind the IGA parking lot at 41st and Dunbar. 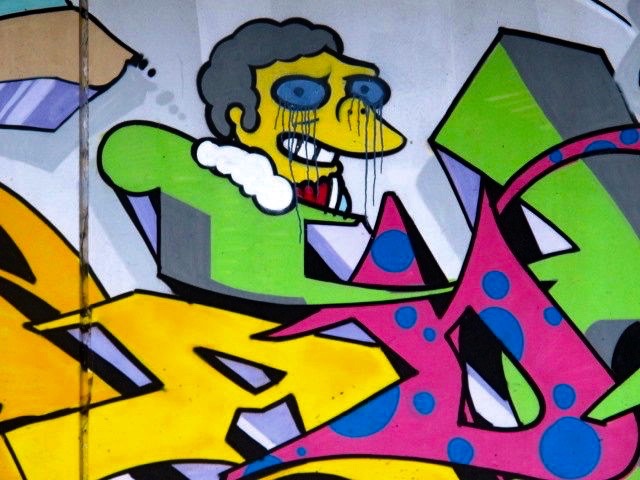 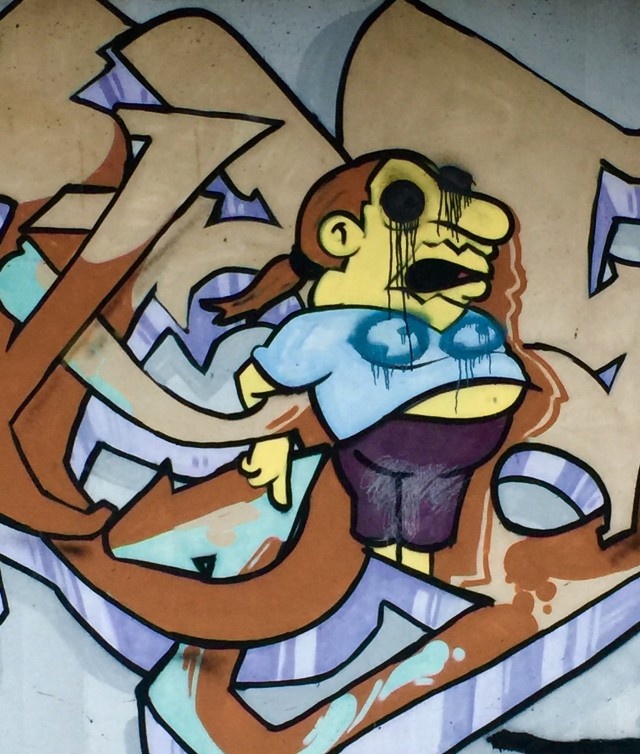 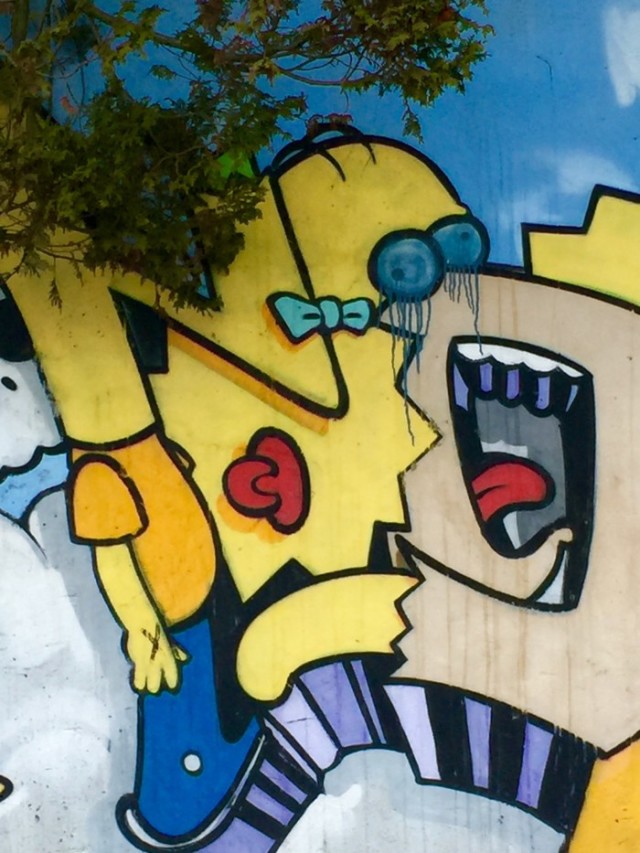 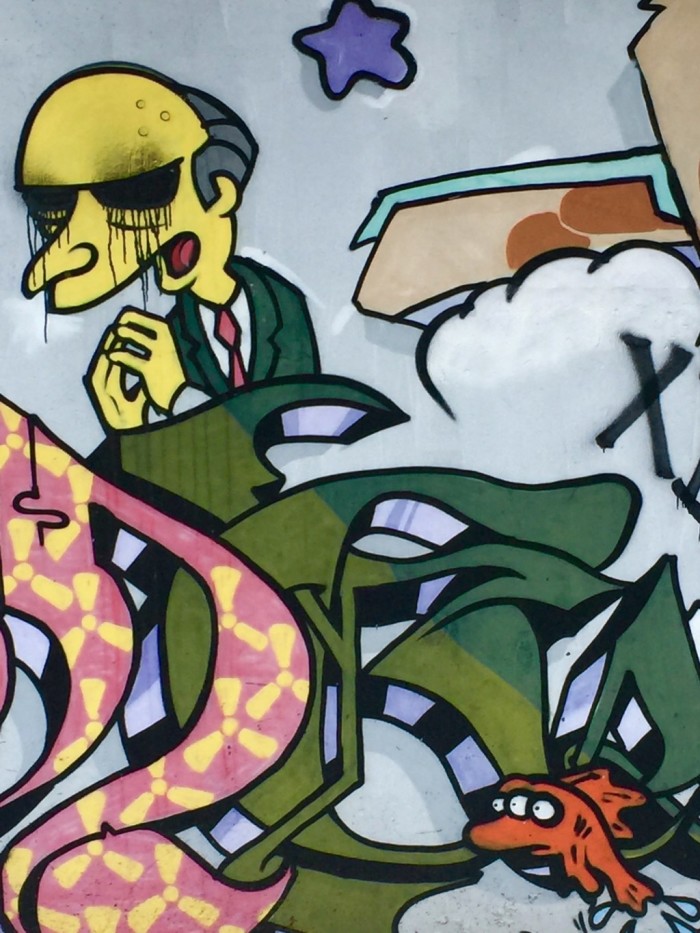 Even the most famously hidden street artist, Banksy, has been Simpsons-swept. He created a rather dark and biting version of an opening sequence for the MoneyBart episode.

* These were the first words ever uttered by Chief Clarence ‘Clancy’ Wiggum.

Simpsons On The Street