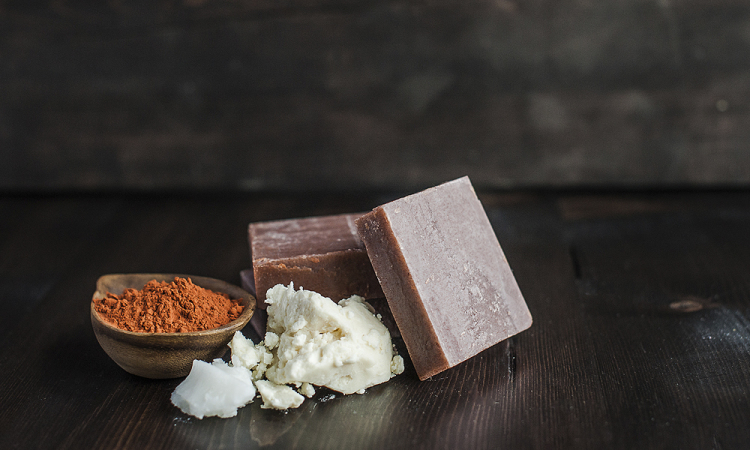 Tread carefully if you are walking by Theresa Edwards’ kitchen. You might be lured in by the glorious smells bubbling up from her magic pot: cedar, vanilla bourbon, bergamot. You just don’t want to stumble in when she is adding all-natural lye to water. This caustic soda is well named. It will transform the water into a searing, raging potion that will explode with murderous fumes if it’s not handled just right. “It can be dangerous.”

Soon, though, the kitchen is safe again. The organic oils that come next will react with the lye mixture and the brew will start to solidify into a beautifully lathering soap.

Edwards started thinking about creating her own natural soaps after learning more about the chemicals in off-the-shelf bars. “It is really scary when you look at all of the chemicals that are in products. Why can’t we make things from what nature provided us?”

Three years ago, she was poking around the second-hand bookstore beneath her apartment, when she came upon a crumpled, old recipe book for vegetable-based soaps. She started experimenting with her own twists on the recipes and – after some trial, error and painful lye lessons – began to create bars for herself and interested friends. Soon, amore natural products was born.

Edwards started selling at markets, on etsy and built her amore website. ‘amore natural products,’ she writes, ‘are handmade with love in my apartment in beautiful Vancouver, BC.’

Oatmeal-honey soap was her first official bar. “It’s still one of the favourites, but now I use shea butter instead of honey. I wanted to stop using animal products. The shea butter is unrefined and organic.”

With a naturally keen sense of smell, Edwards started cooking up other combinations. She was, at the same time, studying industrial design at Emily Carr University and working as a barista. “I was trying to think of a coffee soap.” She bought some older beans that were no longer ideal for consumption and ground them up. “Instead of water, I used coffee in the mixture. It was a super-dark, chocolatey brown.”

She thought peppermint might go well with the coffee and she was right. Peppermint Coffee Bliss has become another particularly popular bar. “The locally roasted coffee grinds help exfoliate the skin. The peppermint and coffee are a really cool mix and I add a little bit of vanilla essential oil.” 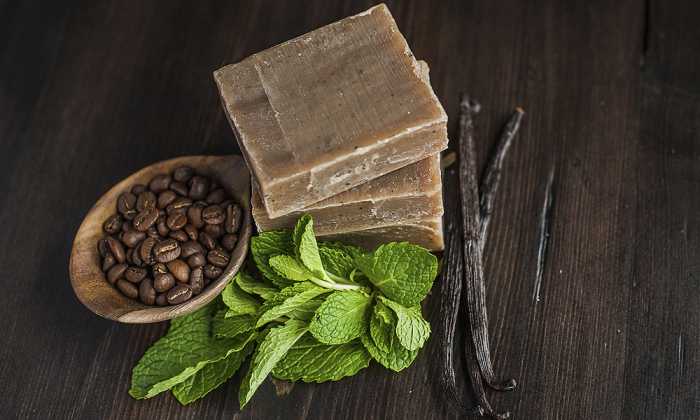 More recently, she has been collaborating with a friend who is a brewmaster at Black Kettle Brewing Company. “We did a little trade. He gave me some hops – they have a really nice, citrusy grapefruit type smell.” Edwards grinds up the hops, adds a few drops of citrus blend to play up their fragrance then drops them into her special mix of oils.

Edwards has also been making a name for herself in the world of beards. Her boyfriend and others they knew were growing beards, and many were dealing with itchy faces, errant hairs and other hirsute problems. She now makes a Brotherly Love line of beard oils, balms and is working on a shampoo. She has bearded converts from around the world – Spain, Australia, the U.S – who are keeping their beards healthy and loving the cedarwood, vanilla bourbon and vetiver oil scent. “It’s manly and woodsy, but still nice and mellow for all noses.”

Edwards is supplementing her natural nose with formal studies in aromatherapy. “I really believe that using plants to heal is the way to go. Especially living in Western Canada, we have so many plants in our rain forest and on the coast.”

As someone who has long suffered with eczema, she creates soaps that are non-irritating and her own hand salve. “I infuse chamomile and calendula flowers into a blend of oils. I’m thinking of introducing a line.” She is working on a post-tattoo balm. “When you go to a tattoo parlour, they give you this generic, white lotion to put on as a moisturizer. I don’t know what it is. I end up putting on my daily moisturizer, which is a blend of avocado, sweet almond and rosehip oils and it works well.”

Now that she’s pregnant, Edwards is also thinking of a baby line, particularly a natural sunscreen. In the meantime, she will be busy at markets: Portobello West at the end of March and Got Craft in May. “I love meeting and talking to people at markets.” Local photographer Daniella Guzzo has been taking pictures of her products and Edwards is delighted. Ultimately, she would love to have her own storefront. 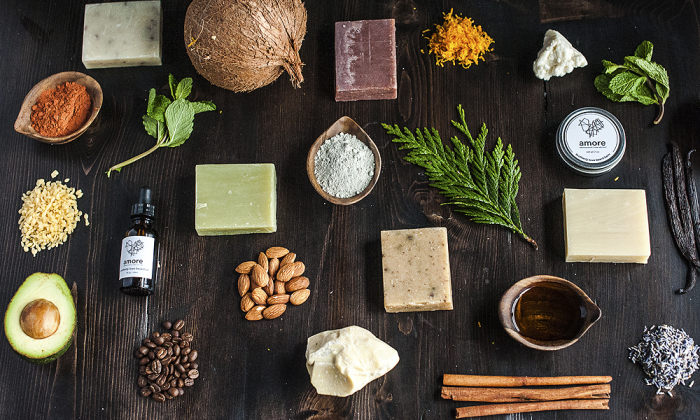 “I fell into this and it has become my passion. I get to create things with my hands and to incorporate all of the awesome ingredients I love so much. I’ve always been a bit of a hippy at heart.” 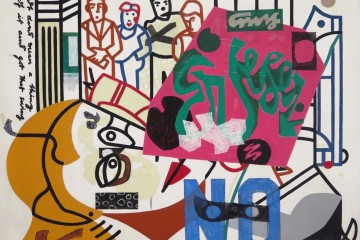 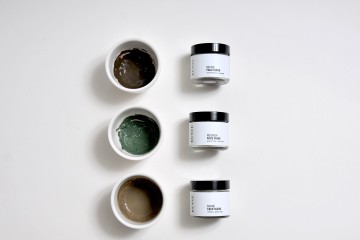