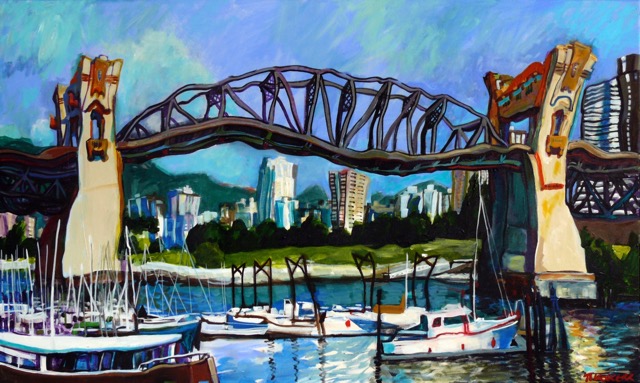 If you were to make a rough sketch of the Greater Vancouver area, which major elements would you include?

Chances are that you would draw in some major bridges, downtown landmarks, oceans and mountains. And chances are that Tiko Kerr, one of Vancouver’s most beloved artists, has painted some of your chosen markers in his more than thirty years of capturing our city.

“Vancouver has an endless number of faces and varied landscapes,” says Kerr. “It can look like any place on earth. It is always surprising. It’s not like my hometown that always just looks like Calgary, no matter where you go.”

Tiko is no passive observer of the city. He is a passionate Vancouver activist, fighting for the arts, community spaces and effective healthcare. And he is always out and about, enjoying the outdoors. “I’m always on Coal Harbour in my scull and I love seeing the city from the water. I am intimate with seaplanes, freighters, the Esso fuelling barge, the North Shore Mountains, harbour seals and herons. Where else can I experience this, but 5 minutes from my home in the West End?” 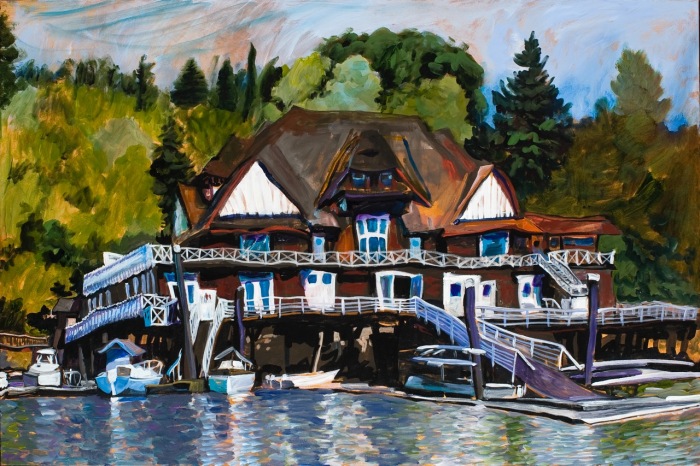 Before he came to Vancouver, Tiko thought that he would become a doctor. He had been an artistic child, with hours spent drawing on classroom chalkboards whilst waiting for his encouraging Mum to finish her teaching day. However, his love of science took him into an undergraduate biology degree – sketchbooks always actively in use – followed by some global backpacking.

“It was then that I began to identify myself as an artist. So, in the early 1980’s I returned to Canada, dismissed the notion of going to medical school, decided that Vancouver would be my home and rented a spartan studio space on Railway Street.”

With characteristic determination, Kerr started studying formal painting techniques and building a career as an artist. “I was very lucky in that I had a partner who fully believed in my success, so that he worked many jobs in order to enable me to concentrate on my work. In addition to having my partner bear the brunt of our financial responsibilities, I waited on tables in the evening and painted during the day. I showed work as much as I could and began to sell from time to time.”

Over the years, Kerr says: “I’ve had the opportunity to study art in the greatest galleries in the world. Some artists inspire me for their output, others for their courage, others for the soul their work possesses, and others for their elevated understanding of the formal qualities of painting such as composition, colour, form.” 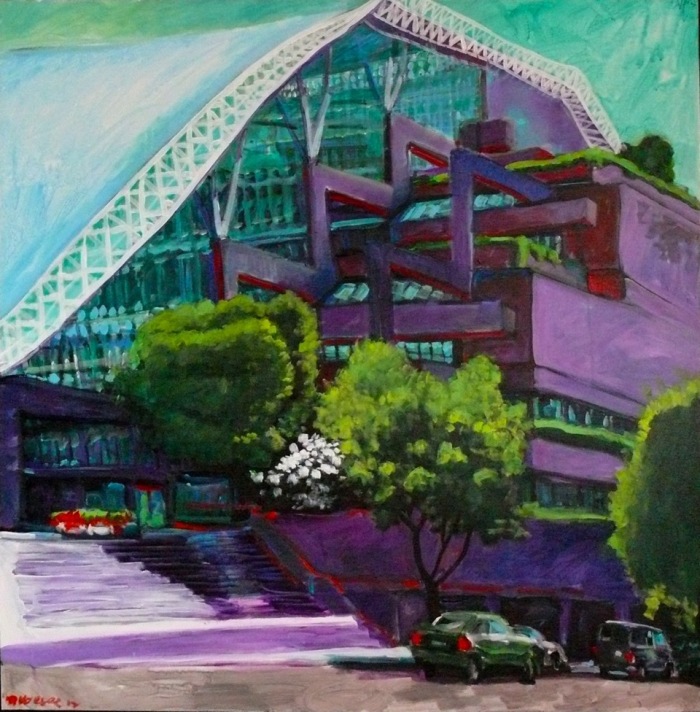 He is particularly grateful for the mentorship he received from another celebrated B.C. artist: Jack Shadbolt. “I had the great fortune to be mentored by Jack Shadbolt during his life and afterward I developed a deep and profound friendship with his wife, Doris Shadbolt, whose wisdom still nourishes me. After Jack’s death, Doris offered me the opportunity to work in Jack’s studio on Hornby Island, as he had left it.”

How is it that Kerr has been so prolific over the years? “I paint six days a week from 10 am to 4pm. When I’m preparing for an exhibition, I work day and night. Being so consumed by my work in these circumstances taxes my energy but these are, by far, the most thrilling and enjoyable times for me.”

Tiko is inspired by our city’s seasonal variety and, lucky for him, he loves the rain. “It refreshes our city and it allows me to focus without distraction on my work. The reflection of light on a wet street is always exhilarating.”

When the sun comes out, he is inspired by “the varied topographies and manmade creations which flourish in verdant gardens where anything will grow.” But, it’s in spring, Kerr says, when Vancouver “really shows off. It’s as if every year is the most stunning spring I’ve ever experienced. All of this feeds my work.”

Kerr’s paintings are often noted for their dynamic shapes. It’s a style of painting that he has come to call rhythmism. 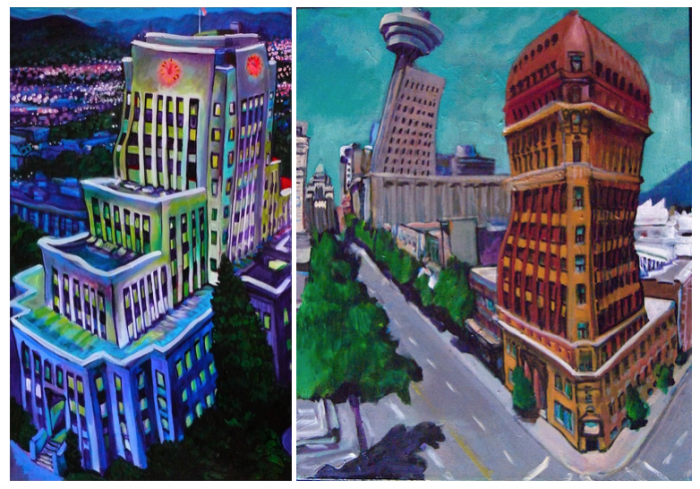 “When I finally incorporated my rather severe astigmatism into my work, a wobbliness in form as well as haloing when colours intersect became predominant. This also gives me the perception that shadows are never grey but are coloured, depending on the environment. And I’ve always been mindful that all things living and man-made have a spirit writhing within that I identify, causing the slumping and twisting.”

Tiko will continue to be inspired by Vancouver landmarks. “I’m always eager to paint new buildings such as the new Vancouver House on the Granville Bridge, the Telus Tower… In addition I was commissioned by Canucks Place Children’s Hospice to paint their incredible Shaughnessy mansion.”

“However,” he adds, “for the past year I’ve been focusing on returning to rendering the human form. Figuration has always been my first love and I’m devoting more time to exploring it.” 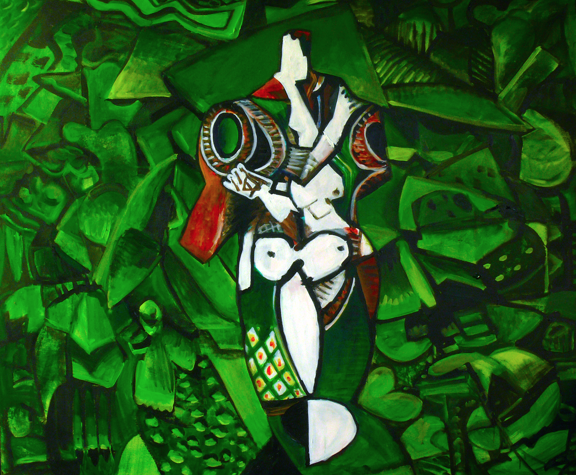 “I will never be able to create the number of paintings that I capture in my mind’s eye,” says Tiko. “I have painted Vancouver for three decades and I plan on doubling that before I’m through.”