Top Of The Tower 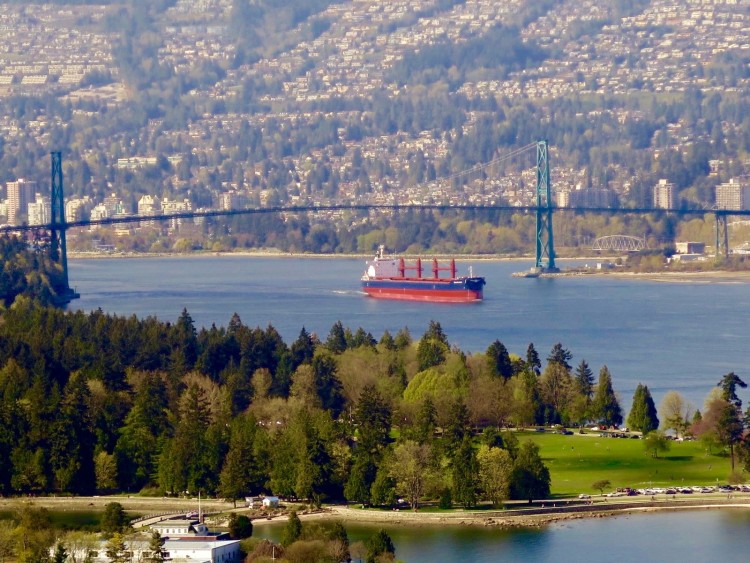 Who better to open the eye from the sky, The Vancouver Lookout, than Neil Armstrong?

Astronaut Armstrong – the first man to walk on the moon –  formally opened the lofty Harbour Tower on August 13, 1977. As  popular PR Man Tom Butler, wrote in his autobiography:

‘Astronaut Neil Armstrong, the first man to set foot on the lunar surface—on Sunday, July 20, 1969—was the perfect choice to christen the Harbour House Restaurant atop the Sears Tower. Opening ceremonies with Mayor Jack Volrich and the project’s German owners were held at 10:01 a.m.—eight years, 22 days, 14 hours and five minutes after Armstrong stepped his left boot onto the moon and electrified a world-wide television audience with a message from space that will live forever in the annals of exploration:

”That’s one small step for a man, one giant leap for mankind.” 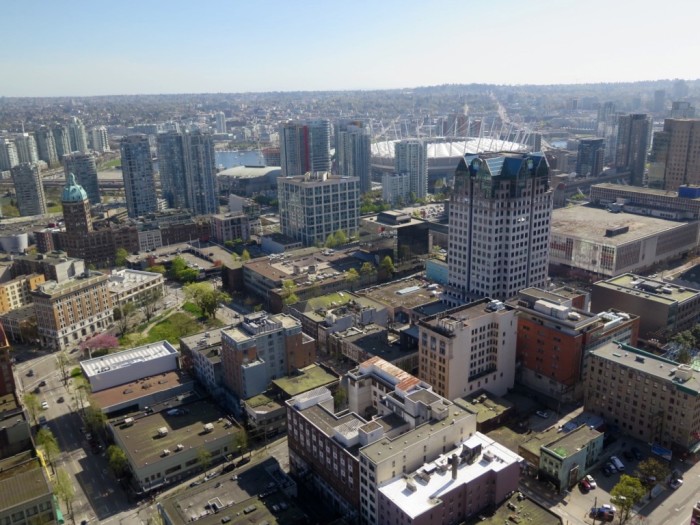 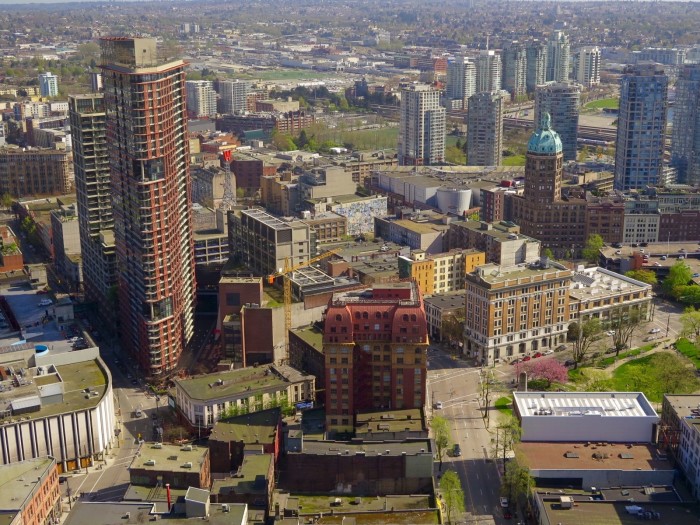 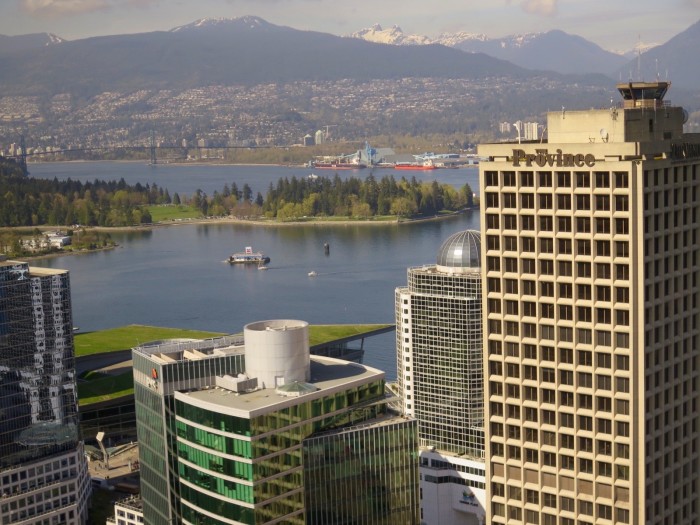 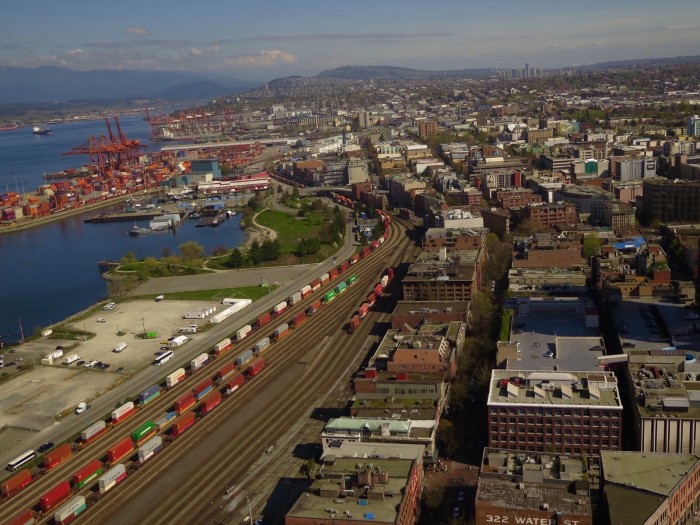 Long open to the public, The Vancouver Lookout offers a fantastic 360° view of Vancouver from Burnaby to UBC, from the Pacific Ocean, Stanley Park and North Shore Mountains to Washington’s Mount Baker, the East End and the Airport.

WZMH Architects were the designers behind the Harbour and the CN Towers. Until the building of the Wall Centre in 2001, theirs was the highest building in BC. 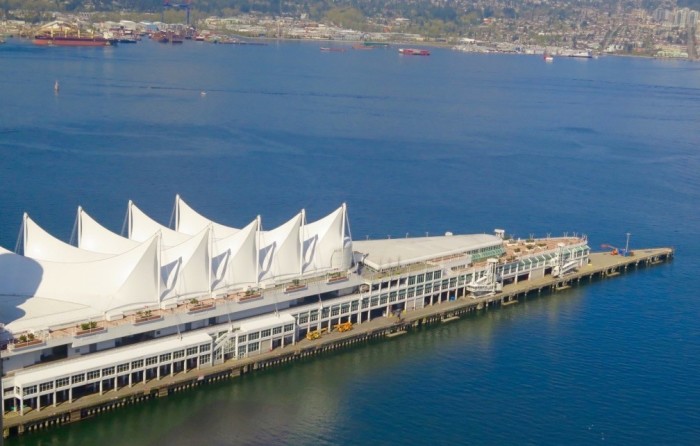 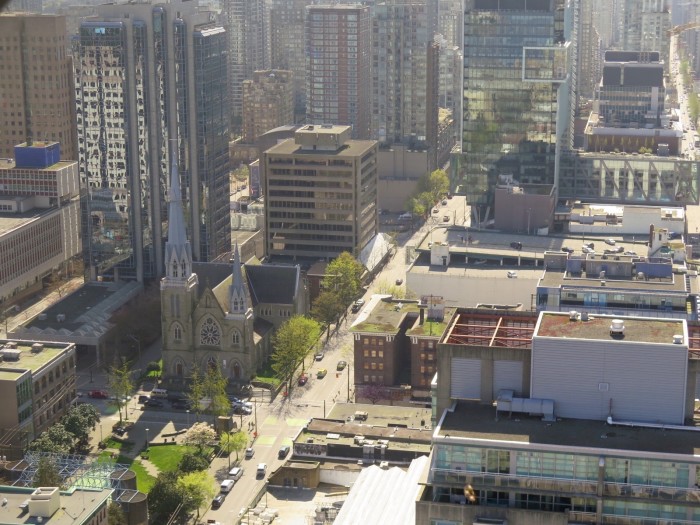 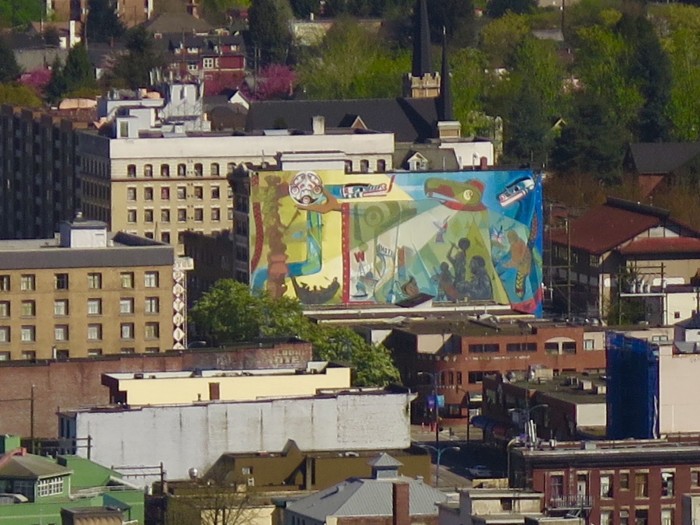 Once you buy your ticket, you will zoom up the exterior glass elevator to the Lookout, climbing nearly 500 feet in 40 seconds. You’ll step out into one of the most comprehensive views of our city, its architecture, parkways and little dot people. Hope for a sunny day.  🙂

Top Of The Tower