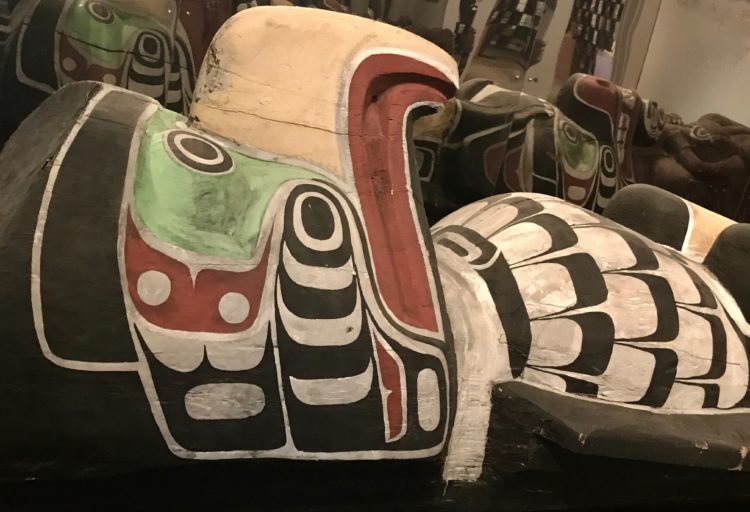 This Thunderbird Post was commissioned by Chief Tsa-wee-for his home in Gway’i/Kingcome Inlet. Carved by Yakuglas (Charlie James), the vividly painted post has made its way to the Vancouver Museum’s current Unbelievable exhibit. ‘The 100+ year journey of this house post,’ we read, ‘tells a tale of understandings and misunderstandings, displacements, substitutions, and resilience.’

Yakuglas’ pole is one of the pieces the Museum has brought out to consider the role of stories, perceptions and misperceptions in our city’s history. We also see a First Nations mask covered in welts – a reminder of how deadly smallpox was in Northwest Coast communities. 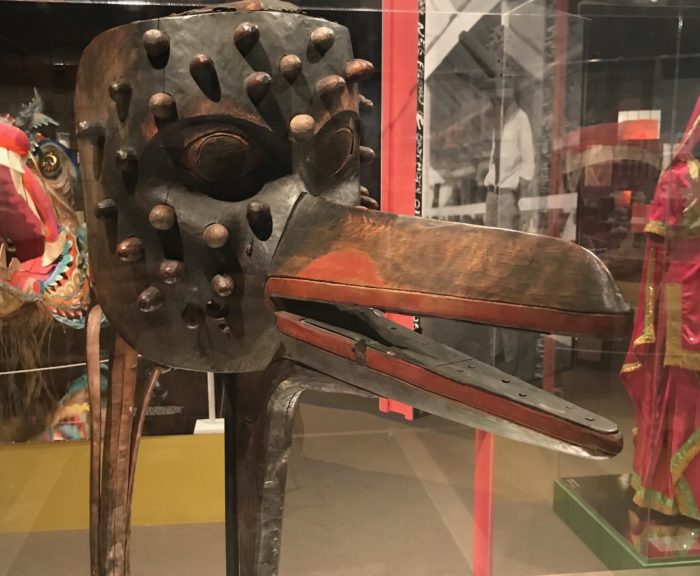 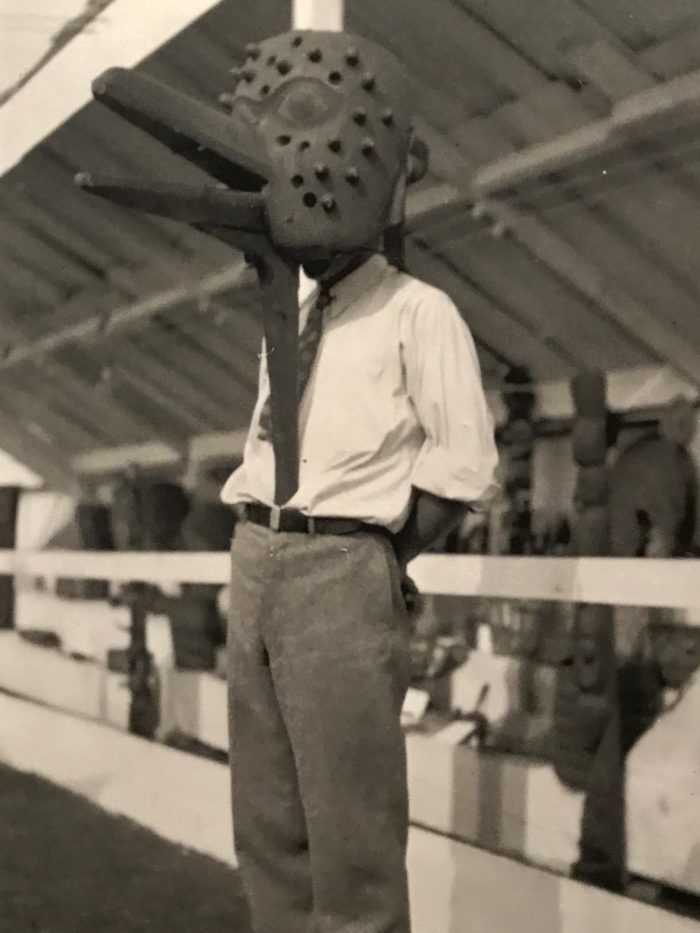 This plaster lion might look familiar. It is the 193o’s maquette from Charles Marega as he readied his pride for the Lions Gate Bridge. 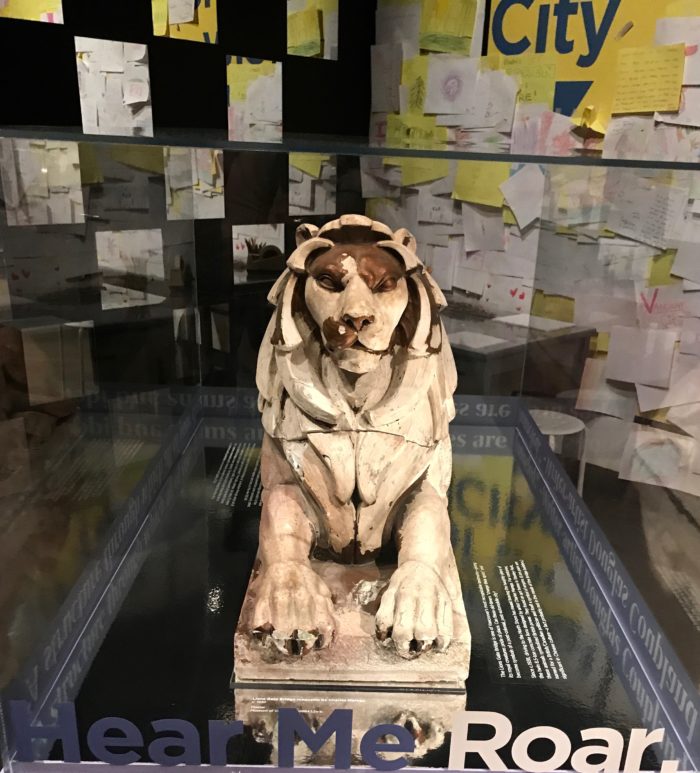 The Little Mermaid in Copenhagen has been assailed by rogues – beheaded, de-armed, paint-splattered – but she is a beloved symbol of Hans Christian Anderson and Denmark. In the Sixties, Douglas Brown, a Vancouver lawyer, was inspired by Copenhagen’s maiden of the sea. He commissioned local sculptor Elek Imredy to design a locally-relevant replica. Brown then established a Harbour Improvement Society to help pay for the less fortunately named Girl in Wetsuit. 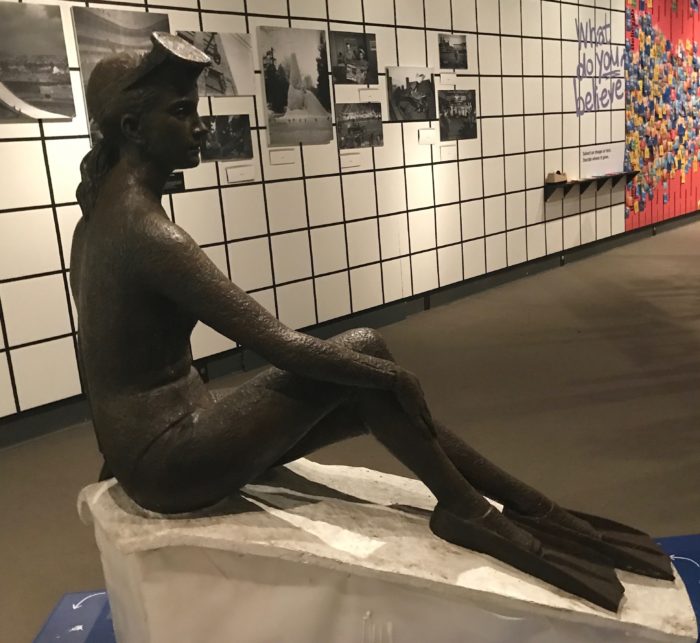 When Girl in Wetsuit was unveiled at Brockton Point in Stanley Park, the reaction was harsh. ‘$30,000 for this?’ said the Georgia Straight. ‘Why didn’t we get a huge rubber duck?’ Her knee, the critic wrote, is ‘already stained with bird poop… She’s uncomfortably angular and stiff-backed, a grey black steel colour, totally inappropriate, a weak piece of art.’ Ouch. 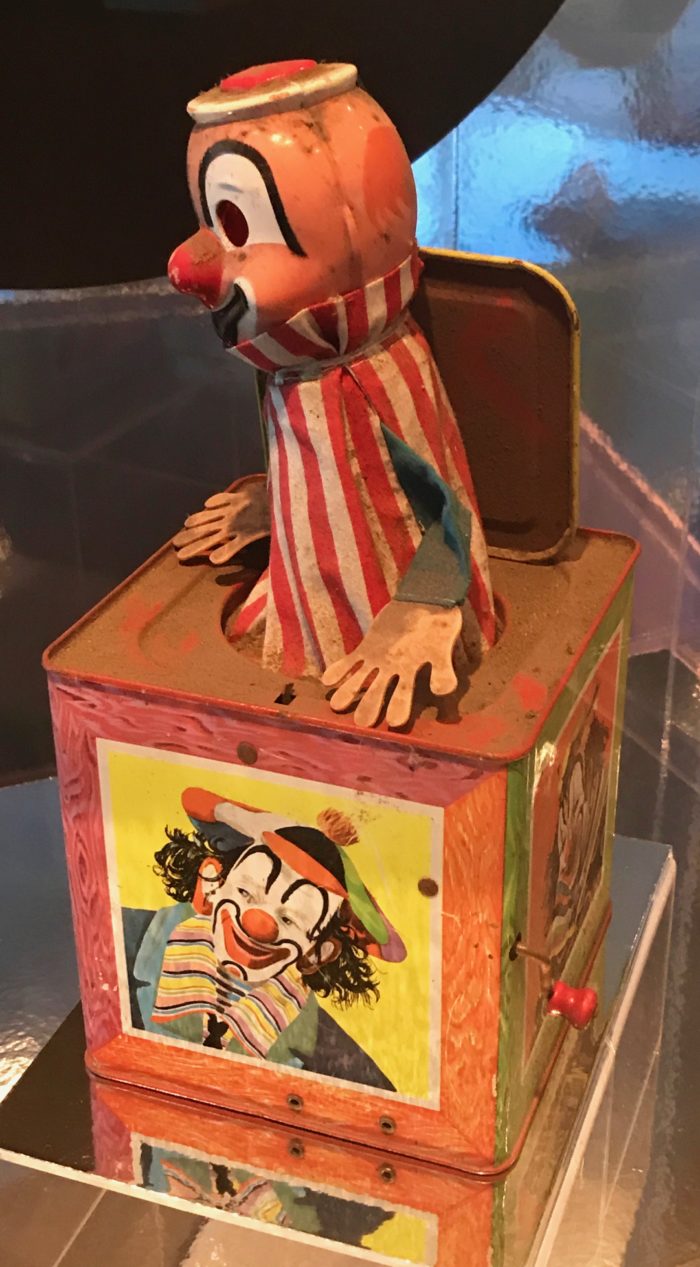 Speaking of tough crowds, it‘s not easy being a clown. This 1961 Jack-in-the-box was dug out of the trash by Transfer & Landfill Operations. Now that he has been freed from the dump, young Jack has some escape plans of his own. 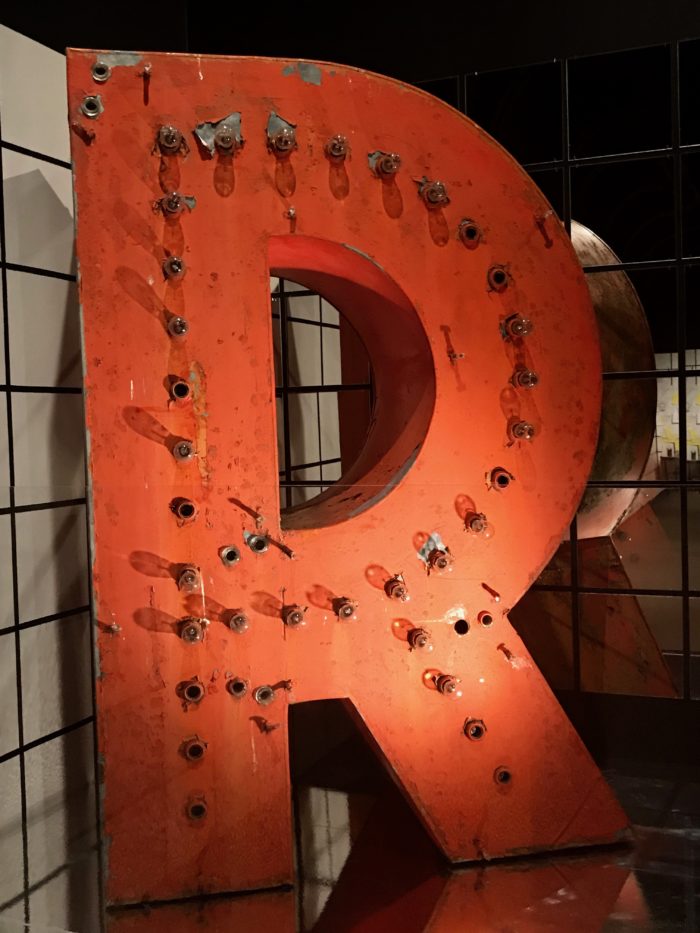 R is not for run. R is for the Ridge Theatre and Bowling Alley, which sat at Arbutus and 16th from 1950 to 2013. This R is from the original neon sign that beckoned passersby to the popular hangout. 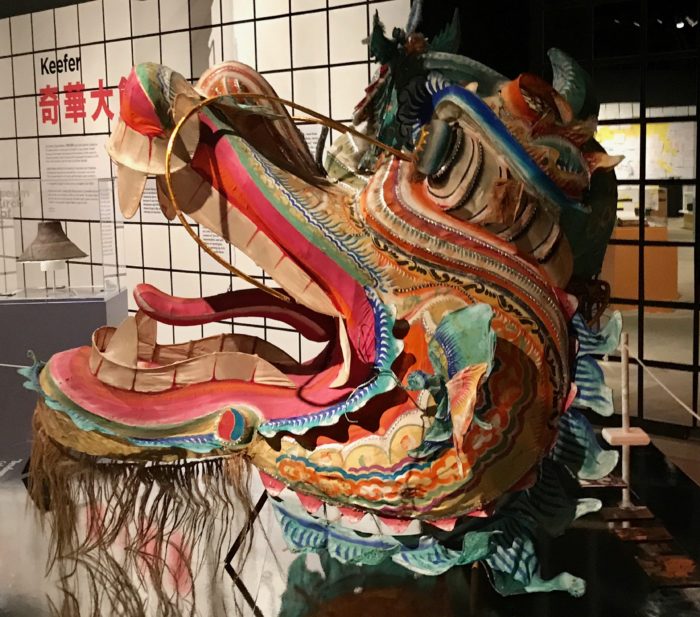 Finally, this leader of the Chinese Dragon Dance was crafted from silk, bamboo, paper, rubber and paint in 1980. ‘The dragon,’ the exhibit notes, ‘is a symbol of luck, power and dignity. These are qualities that Vancouver’s Chinatown, a National Historic Site since 2011 and an item on the National Trust’s 2016 list of Canada’s Top 10 Most Endangered Places, needs right now.’

Unbelievable runs at the Vancouver Museum until September 24th.