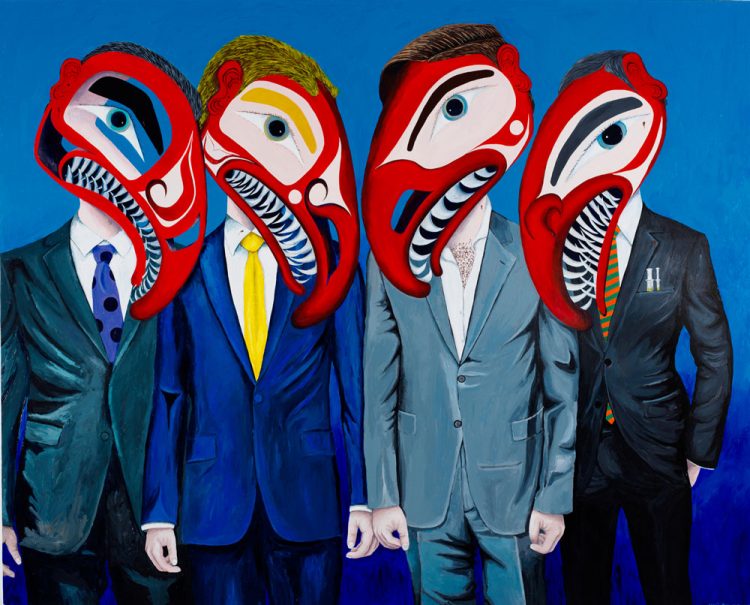 If you’re lucky,  you saw the remarkable artist Lawrence Paul Yuxweluptun’s remarkable exhibit: Unceded Territories at the Museum of Anthropology in 2016. Living in Vancouver, Yuxweluptun is of Cowichan (Hul’q’umi’num Coast Salish) and Okanagan (Syilx) descent.

‘I have been an artist all my life,’ Yuxweluptun wrote in the accompanying book. ‘It’s been my life’s goal to portray the negative and positive realities of this world. I’m interested in recording history: residential schools, global warming, deforestation, and pollution; worldwide concerns such as the hole in the ozone layer; environmentalism, humanities, humour, and existentialism. I’m involved in history painting in a way that is dealing with these issues, because they were born before my time.’

With over 60 paintings, Yuxweluptun’s MOA exhibit was co-curated by museum curator Karen Duffek, and Tania Willard  – an artist and independent curator, Secwepemc Nation.

It’s not surprising that the stunning accompanying book won the City of Vancouver Book Award in 2016. 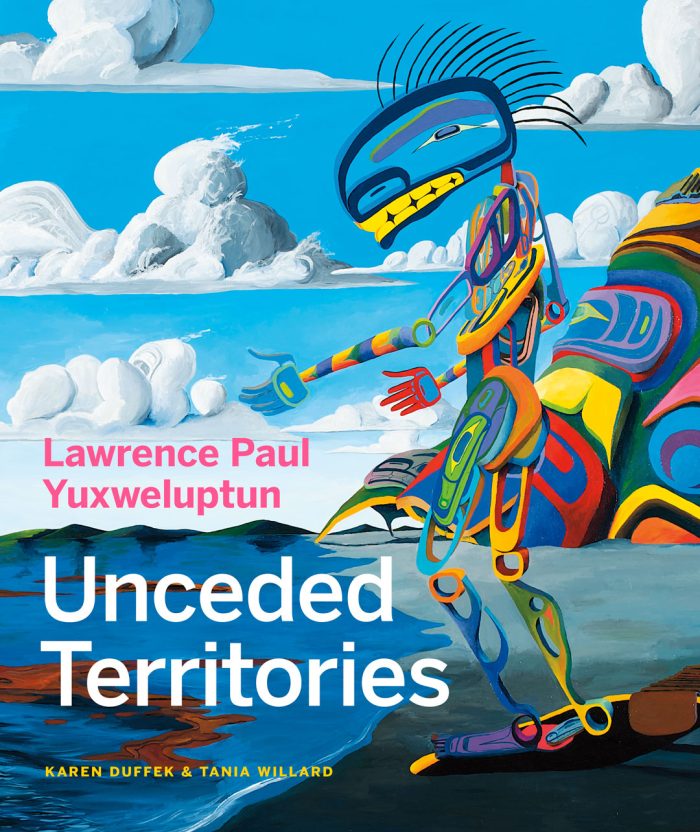 “I’m a survivor,”  Yuxweluptun said in an interview with Canadian Art Magazine, “and I will freely emancipate myself as a thinking person and I will walk in my traditional territory and I will talk to this world and some time, at some point, things will change.”

Ballet BC Is Back