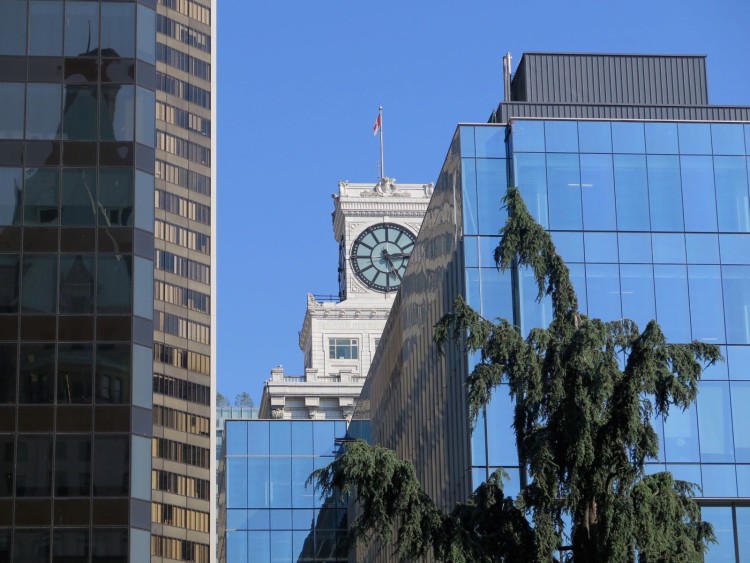 In Mission Impossible – Ghost Protocol, IMF Agent Trevor Hanaway is tasked with intercepting a list of nuclear launch codes from a still unknown courier at a Budapest train station. Field Agent Benji Dunn is tracking the action from a clock tower in the middle of the station while Agent Jane Carter is taking out bad guys and extracting courier intelligence on the train.

Carter gets the courier’s name, Hanaway finds the mark, ‘drops’ him and steals his bag. “But,” Jane reveals in this flashback, “we weren’t the only ones after it.” Hanaway is fleeing and fighting armed hostiles, while Jane runs over the tracks towards him and Benji sprints down from the clock tower. Will they get there in time to rescue Hanaway? No spoilers here, but this is a flashback.

As Vancouverites watch the train station clip below, they might have a strange feeling that they know this clock tower. Well, it is not in Budapest and it is not timing in trains. The Mission Impossible clock tower sits atop the white Vancouver Block Building, at 736 Granville Street, near Georgia.

This terracotta clad, Edwardian heritage building was built between 1911 and 1912. Its location, on the highest point of land downtown, helped reinforce the Block’s position as the new commercial heart of the city. The building was commissioned by the wealthy Dominic Burns, from the Burns Meatpacking family, and designed by busy architects John Parr and Thomas Fee. Major John R Grant, who was the design engineer for Seymour Dam and the Granville and Burrard Bridges, was also responsible for the Vancouver Block office building.

Mr. Burns set himself up in a penthouse apartment at the top of his edifice, right below the clock. He lived there until he died in 1933. The building itself was festooned with the best of the best: Italian marble hallways, quartered oak trim, Corbin unit lock pattern hardware. 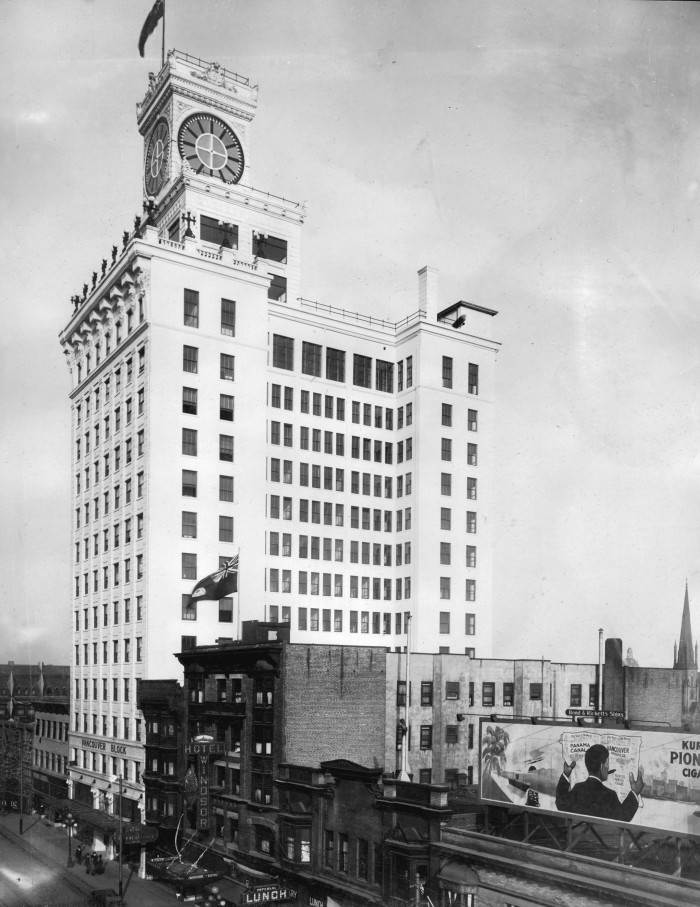 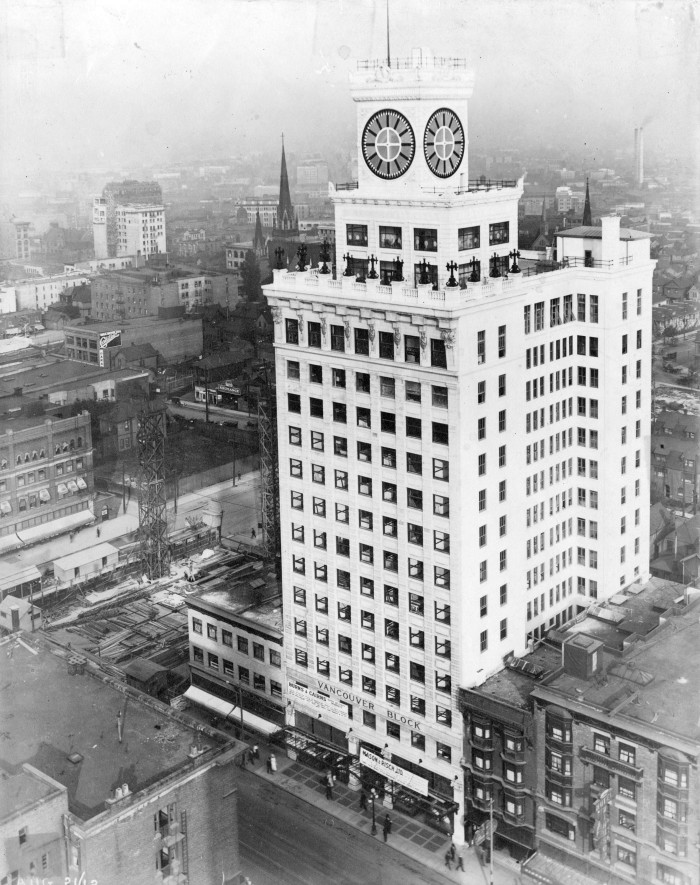 The Vancouver Block Clock Tower was notable for its size, its visibility from City Hall and its neon markings, added in 1927. San Francisco’s Standard Electric Time Company installed the clock at a then gripping cost of $10,000.

A March, 1912 article in the Province noted that: ‘The clock face is 21 feet in diameter and is made up of sand blasted plate-glass one-fourth inch thick. The glass alone on the four faces of the clock cost over $1,000, and weighs approximately two tons. Mr. Burns has arranged for an observation space on the top of the tower and will have a long distance telescope so that visitors can see the ships that come through the Straits of Juan de Fuca.’ 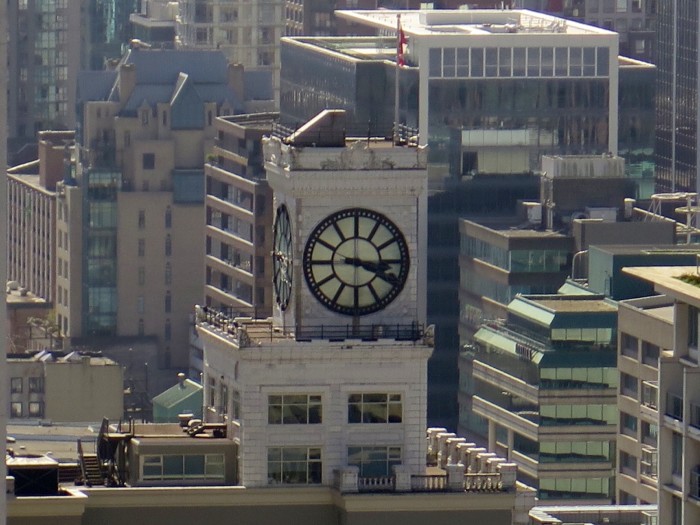 The Vancouver Block Clock has been sensitive to natural disasters, reputedly stopping after earthquakes in both 1918 and 1946.

If you’re interested in learning more about when and how Vancouver has been passed off as other cities – Budapest and otherwise – Tony Zhou, a filmmaker and freelance editor, has created this Vancouver Never Plays Itself short.