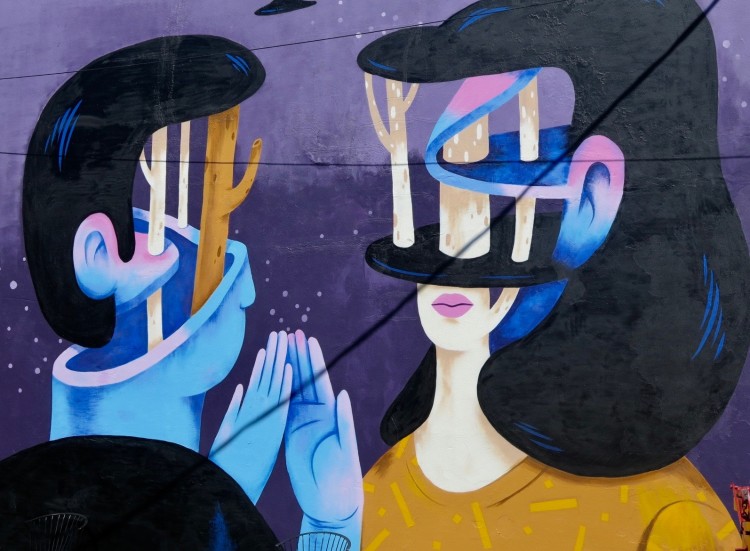 Vancouver, aka Hollywood North, is often called upon to stand in for other cities in the movies. Recognizable locations – from the Georgia Viaduct to Arch Alley, the Patullo Bridge to The No. 5 Orange – are all over the marvellous world of Deadpool.

In Elf – currently playing on seven of our TV channels – Vancouver stands in for New York. Buddy’s Dad, Walter Hobbs, lives on the third floor of the Crease Clinic at Riverview Hospital. Riverview and its grounds also play Gimbal’s Toy Department, the Jail Cell and Central Park.

We are Seattle in films like 50/50 or 88 Minutes, Bangalore, India in Mission Impossible 4, New York in Jackie Chan’s Rumble in the Bronx, Minnesota in Juno, Alaska in Man of Steel, Forks, Washington in Twilight, even Hawaii in A Fairly Odd Summer.

But in what sorts of contexts is Vancouver actually mentioned in the movies? 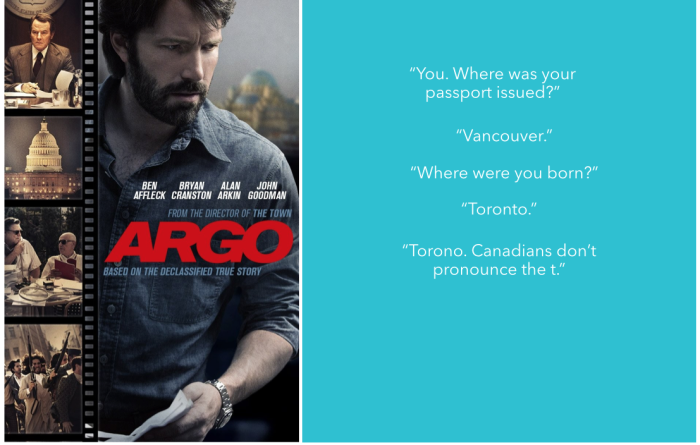 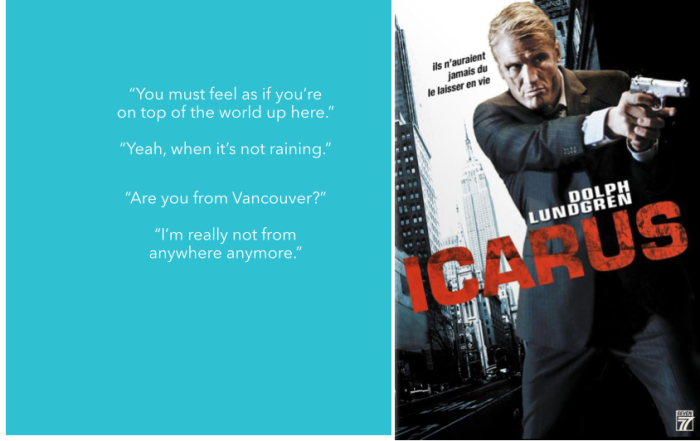 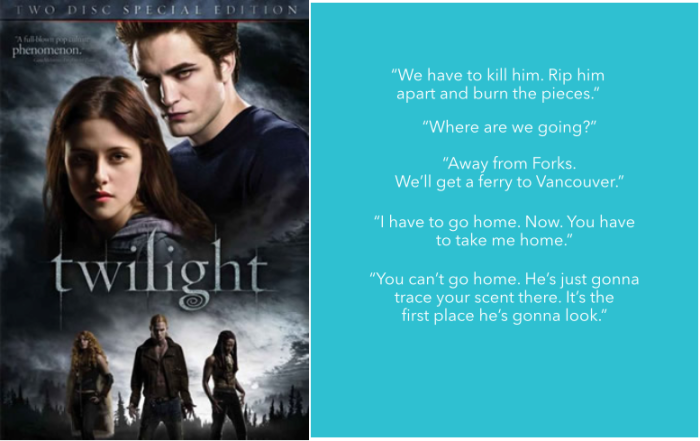 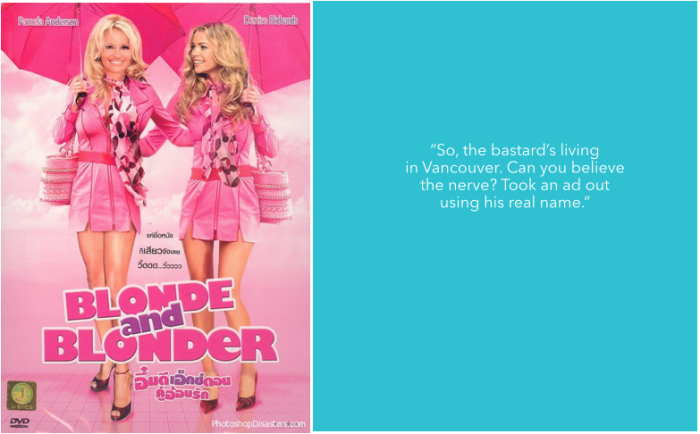 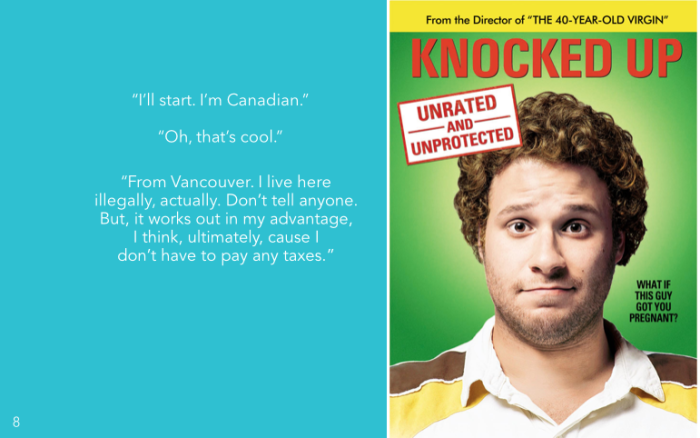 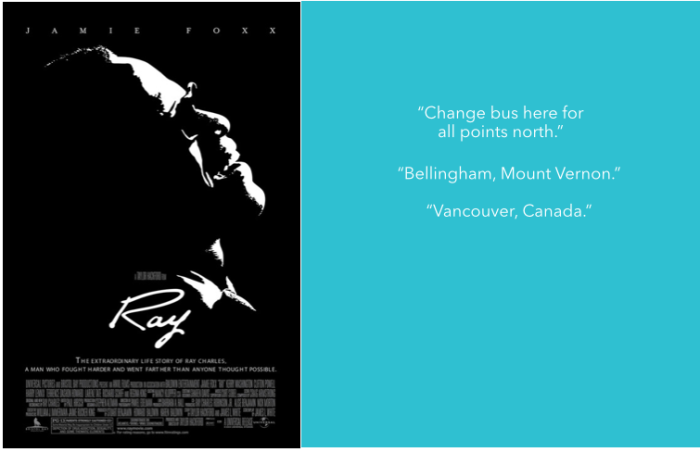 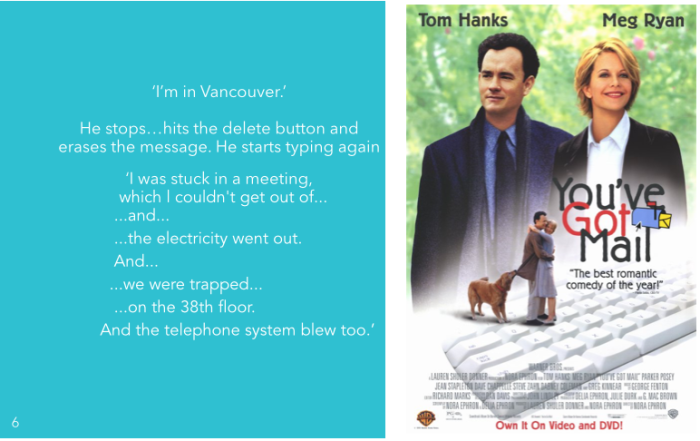 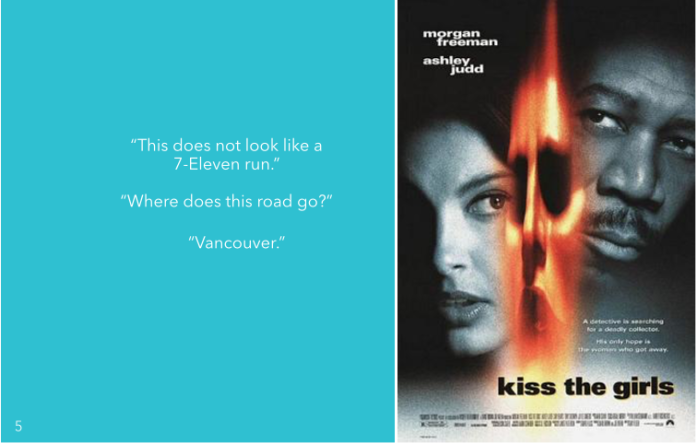 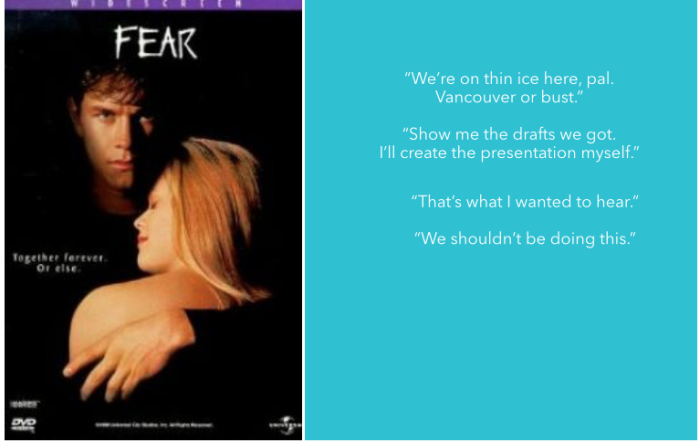 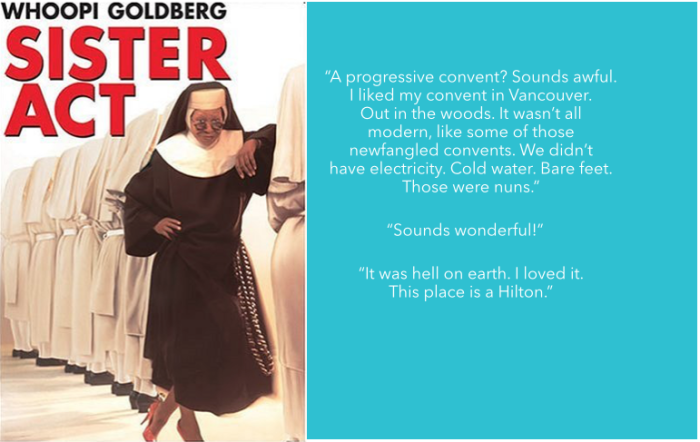 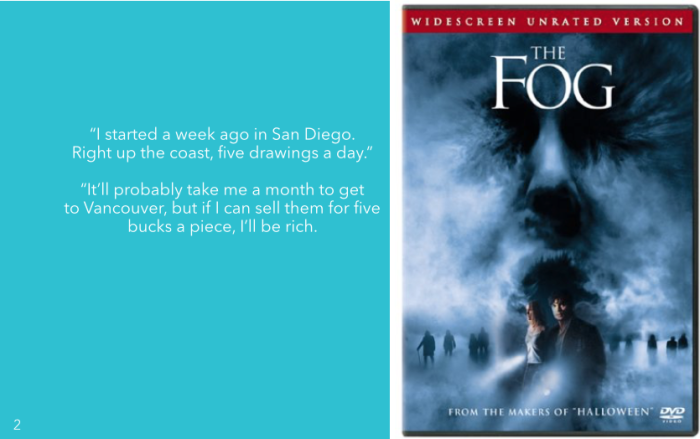 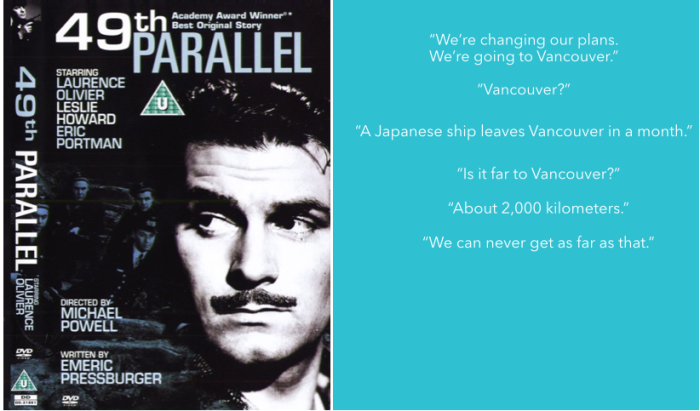 * Header Feature: From a Main Street mural by Andrea Wan